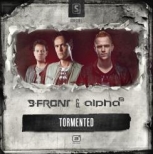 admin
Facebook Twitter WhatsApp
Sometimes I wonder how these guys can sleep at night — after producing such brutal, sinister rawstyle they must have worst nightmares than eating a block of cheese before bed. Nevertheless if you're into the raw sounds it doesn't get much bigger than this, with the epic film score-influenced breakdown building into a simple, twisted melody, dropping with seriously raw power.
8.5

So You Wanna Be Hardcore

Fuel For the Night (Q Base Anthem)