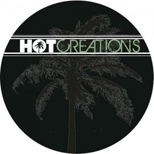 admin
Facebook Twitter WhatsApp
There's literally nothing hotter than Jamie Jones and Lee Foss's Hot Creations label. Nothing. At all. So this release, bringing together Jones, Foss, Robert James and FB Julian under the name Pteradactil Disco is, by its very definition, hotter than the sun. 'Big Ass Biscuit' is a jarring garage groove, replete with rave stabs, wonky horns, warming organs and a menagerie of jumbled vocal samples. 'Clive's Alright', meanwhile, incorporates the sample of a befuddled-sounding Clive Henry during a phone call, coupled with a chugging sparseness that's funkier than Pete Doherty's pants drawer. Mind you, setting the bar this high is dangerous. Do your worst with the next release, fellas.
9.0

What I Do EP

The Kiwi And Coconut Pie EP