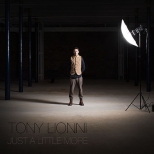 admin
Facebook Twitter WhatsApp
Unbeatable when he's on form — though when is he not? — Tony Lionni's latest immaculate excursion for Kerri Chandler's Madhouse imprint eschews the label's recent modish garage sounds in favour of purest vocal house music, the kind that lifts the heart and swells the soul. Francois DuBois, the nom-de-plume of Funk D'Void, makes his own sturdy version, while Martin Patino turns out a bouncing version of 'Black Orchid'. Were Frankie Knuckles still with us and not tragically departed, he would have this lodged firmly in his playlist.
8.5