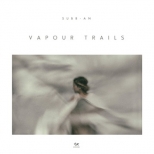 admin
Facebook Twitter WhatsApp
Berlin émigré Subb-an returns to Crosstown for this chill-inducing anthem, complete with vocals from Willem de Bruin, one half of Amsterdam pairing The Million Plan. There's a rolling 'Terrace Dub' too, all dark and minimal split with occasional shards of synthetic light. But it's when you reach the Matthew Herbert mix that the true mastery is revealed. Herbert's take is untouchable, like his life-affirming house mixes from the late '90s/early '00s, where he'd strip a track to its barest bones and rebuild it like a wonky robot. But one of those robots that thinks he's a human. Amazing.
8.5

We Got the Box