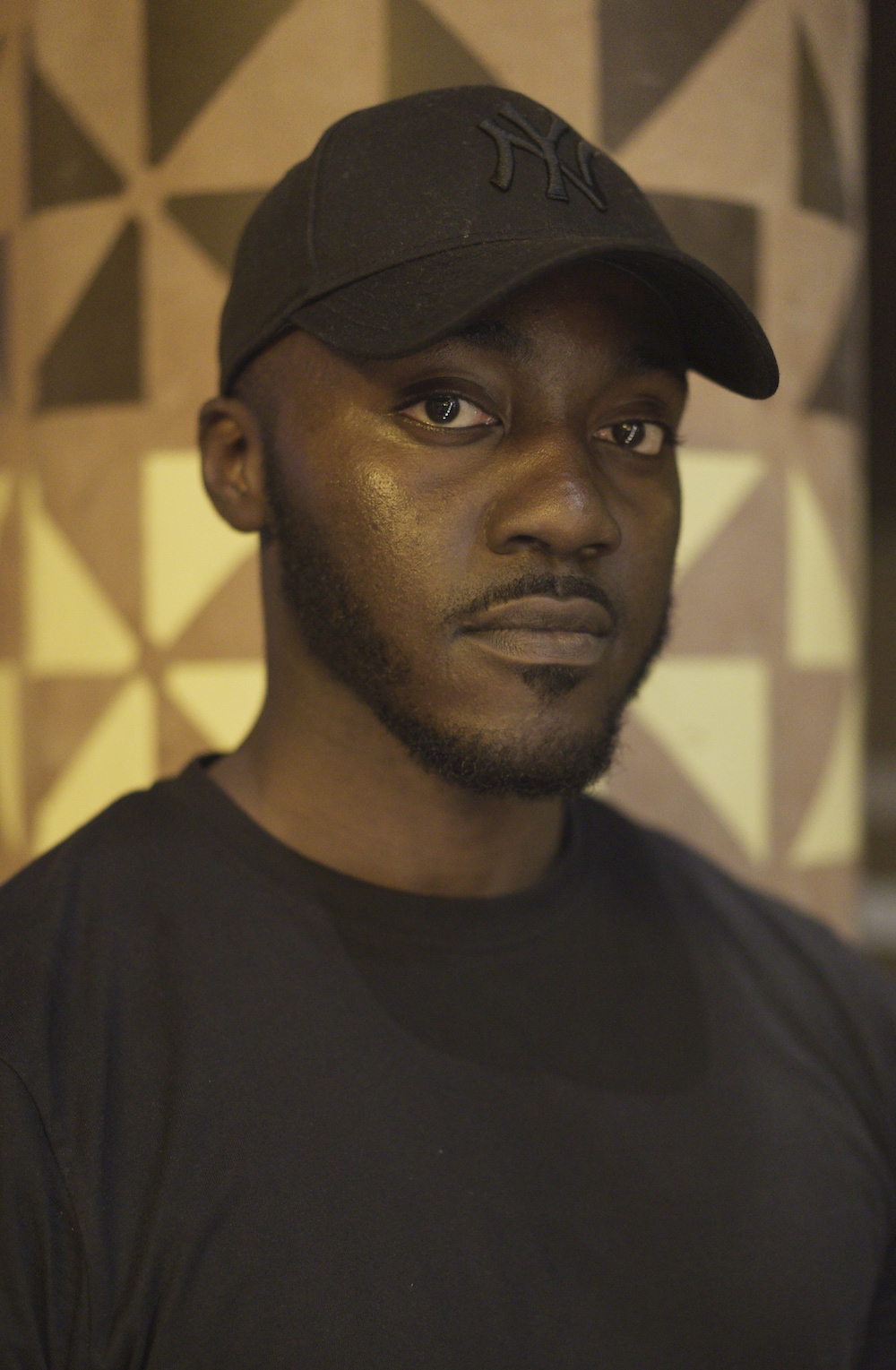 Facebook Twitter Google+
As he wrote about in an op-ed for our previous issue (now available to read online), Mr. Mitch recently changed his Gobstopper label to focus solely on supporting Black artists. Given the timeframe, we’re guessing Hagan’s EP might have been signed beforehand, but either way, the South Londoner opens this new era with one of the most superheated EPs we’ve heard all year. Hagan — whose discography includes work for Jamz Supernova’s Future Bounce and Lisbon-based Enchufada — offers up three cuts; the title track is all about laid-back groove — cosy kicks and clinking percussion (some of which comes from recordings Hagan made of traditional Ghanaian percussionists in Accra) laced with a wobbly funk that puts us in mind of Swindle or Silkie. From there, he immediately ups the ante; on ‘Ultra’, wildly swinging drums meet synth stabs that bubble and squelch like some mad scientist’s oozy concoction — this one guaranteed to do damage on the dancefloor, or in the current state of affairs, at least wake your neighbours. Finally, ‘On Sight’ brings back memories of bodies writhing in the dance. Sharp breaths and drawn-out moans fuel the sultry energy, while chaotic bleeps swirl off into the darkness, and a late arriving bass pulse urges one final dip before the party stops. Essential. 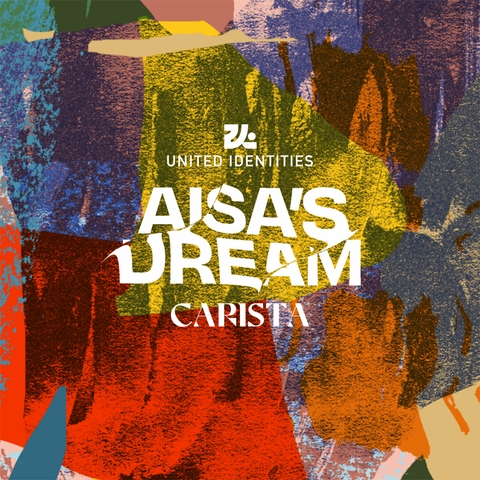 Facebook Twitter Google+
Clocking in at just over 90bpm, the second release on United Identities — and first from the label boss herself — is about as leisurely as they come. Twinkling notes, indulgent kicks and shimmering synths are all smothered in a dusty analogue haze. It’s an ideal track for the long, lethargic summer days the UK is experiencing at the time of writing — raising spirits amidst the stifling heat without sapping what little energy reserves remain. Sublime. 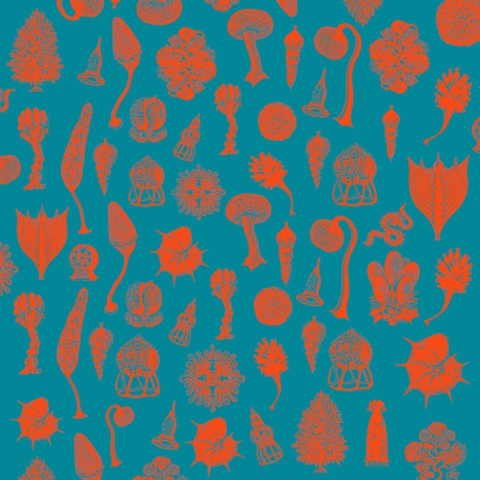 Facebook Twitter Google+
Flowing so well you could believe it were a mini album, Munich producer Danny Scrilla’s latest begins with a sleek beats production that nods to g-funk, builds up through the playful drum edits and gruff, chugging halftime of ‘World Below’, and peaks with ‘Sparks’, which sounds somewhat like a footwork-jungle version of Addison Groove’s ‘This Is It’. The descent then drops through neon funk and eerie sonics to the fluttering keys of hip-hop joint, ‘A Stone Left Unturned'. 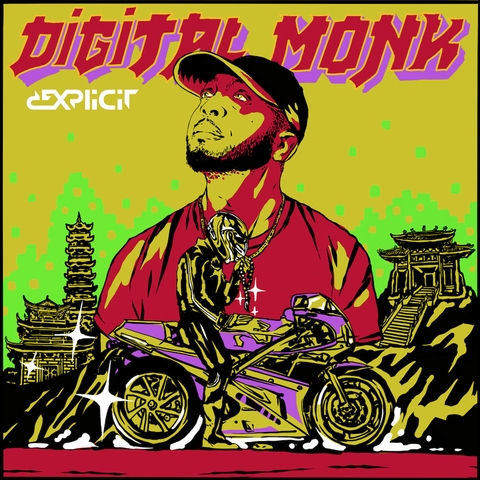 Facebook Twitter Google+
The blurb for Dexplicit’s ‘Digital Monk’ EP says the music “plays out like a video game quest for freedom”, and there may have never been a more apt description for a release. Defying convention — the drum programming is undeniably grime but the synths sound like they’re taken from a delirious synthwave soundtrack — if you’re interested in how to make beats like these, check out Dexplicit’s tutorial as part of our How I Made series (see DJ Mag YouTube). 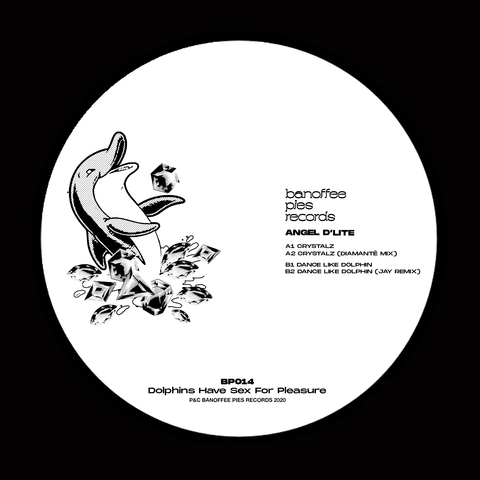 Dolphins Have Sex For Pleasure

Facebook Twitter Google+
What happens when ‘90s chillout meets jungles meets... err... Britney Spears? Well, the results aren’t all that odd: a blissed-out, breaksy roller, the sample simply adding an air of mystery. This one has a dirty trick up its sleeve, however, unleashing a blast of hyped-up rave stabs on unsuspecting listeners. ‘Dance Like A Dolphin’ continues this theme, going full jungle tekno backed with a stuttering trance pad. Mashup nostalgia at its finest, with slower vibes from the original’s ‘Diamantè Mix’ and a JAY remix of the latter. 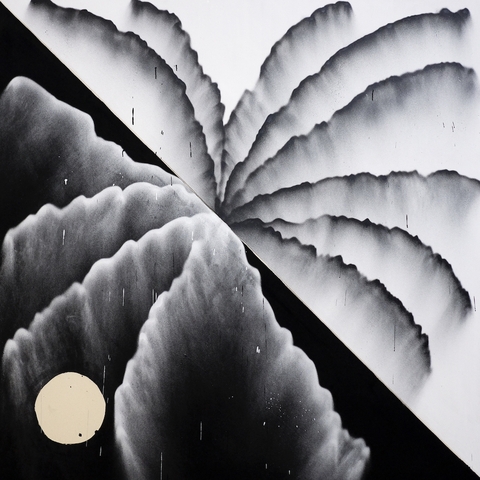 Facebook Twitter Google+
Serving as his latest “entry on the human condition”, Shlohmo’s new track ‘Looking At Plants’ is a slow, hazy ride through moments of light and dark, and the sexiest song to never feature in The Sopranos soundtrack. Taken from his ‘Heaven’ EP, the Los Angeles-based producer blends jazz, grunge and shoegaze sensibilities with simmering percussion, building a soundscape both comforting and macabre. It’s reminiscent of tracks like ‘Rock Music’ and ‘The End’, from last year’s ‘The Best Of Me’ LP, evoking emotion from an abstract sound palette. 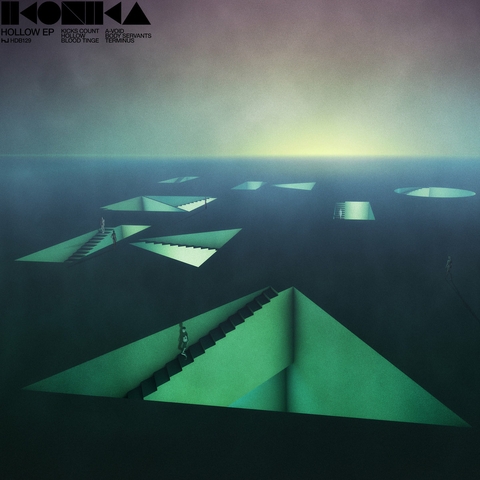 Facebook Twitter Google+
Ikonika is back on Kode9’s imprint with more neon future business. Grime strings meet a sparse gqom rhythm on opener ‘Kicks Count’ (head to our YouTube to watch the London producer break down the track and make a similar beat for DJ Mag Originals). Elsewhere, the ominous pulse of UK drill is paired with glistening synth-work that harks back to Ikonika’s incredible 2017 LP, ‘Distractions’, while ‘Body Servants’ runs a dancehall rhythm through the same gauntlet. 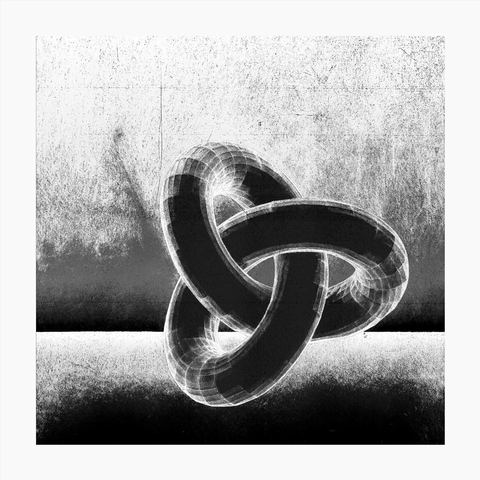 Facebook Twitter Google+
Though a title like ‘Infinite Loop’ conjures images of dull-as-dishwater melodic techno, when it’s attached to names like Manchester’s Earl Grey and Bristol label Western Lore, you needn’t worry. An ultra-stripped galloping rhythm and subtle, hypnotic notation give a false sense of security here, before the jungle fury of the second half. The next two originals maintain a sense of the ethereal — halftime ‘Wiretap’ a particular highlight — before a collab with label boss Dead Man’s Chest shatters the peace again via heavyweight Amenism. 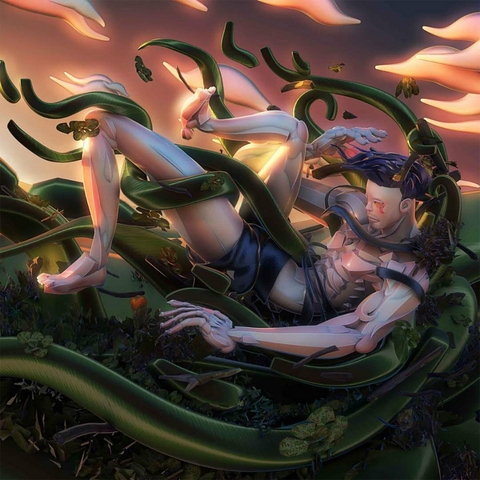 Facebook Twitter Google+
'JAC’ continues an unstoppable run of form for SVBKVLT — the release showcasing the frenetic club sounds that have solidified the label’s buy-on-sight status amongst many discerning DJs. Shanghai-based Gooooose and Berlin-based DJ Scotch Egg first met at Nyege Nyege Festival last year, and organised a residency at the Nyege Nyege Tapes studio in Kampala for January 2020, shortly before the COVID-19 pandemic hit. The EP’s six tracks land with remixes by Slikback, TSVI and Seven Orbits. Don’t sleep on this one. 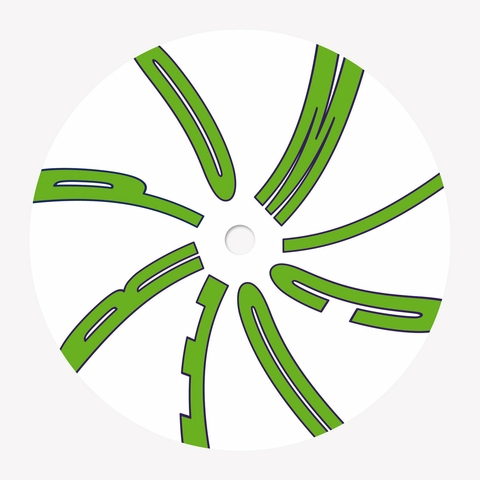 Facebook Twitter Google+
Clara! and Pearson Sound made their debut collaboration remotely between Brussels and London earlier this year, and the result is the riotous ‘Mi Cuerpo’ — meaning “my body” in Spanish. The track builds to a crescendo with spiky FM synths and a rattling sub-bass, before exploding as Clara! chants “poco pudor y mucho sudor” — “don’t be embarrassed, get sweaty”. The EP is also armed with a club instrumental, but we’re not sure why you’d drop Clara’s infectious vocals out of the mix. Tip! 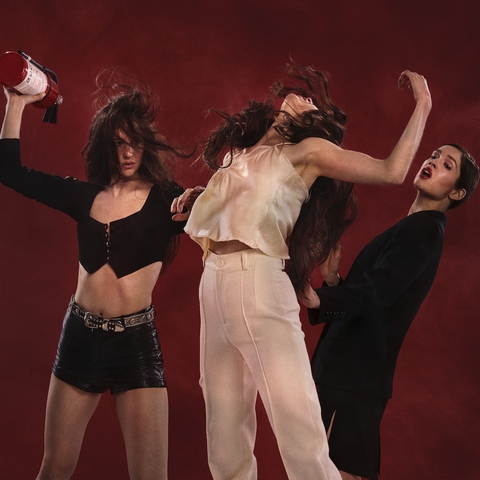 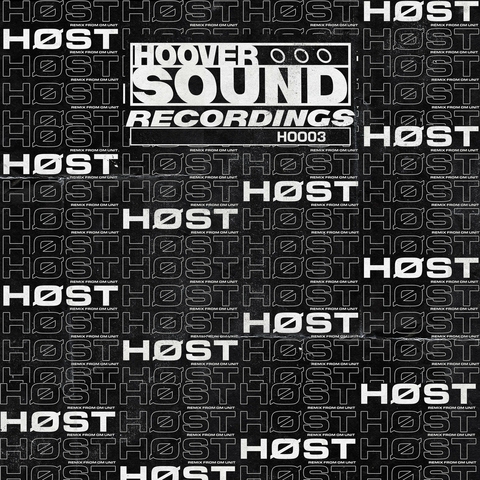 Facebook Twitter Google+
The quality of music coming out on Naina and SHERELLE’s label is simply outstanding. The first thing to notice about HØST’s EP is how loud it is. Dynamic impact is the name of the game; on ‘SURVIVE’, huge clunks pound through the mix like a hot sledgehammer through butter, while Om Unit’s refix reimagines this as a footwork-jungle version of the musical Stomp. The real star is ‘3D Passive’, however, which sounds like a garage track being played in the exhaust of a space rocket — as it takes off. 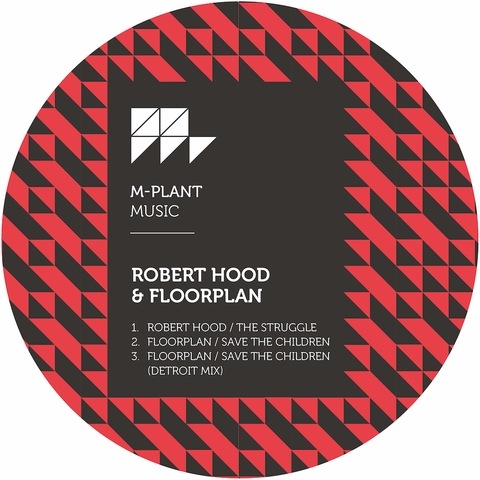 The Struggle / Save The Children

Facebook Twitter Google+
As a member of Underground Resistance, few know more about the political strength of techno than Robert Hood. ‘The Struggle’ puts activist Tamika Mallory’s now-iconic speech — which went viral during the protests following the murder of George Floyd — to fill the space. When her words end, the track swells, reflecting the anger, noise and power of revolution. Backed with a colossal slab of Floorplan house that comes with an urgent techno revision, it’s a clarion call for the dance music community. 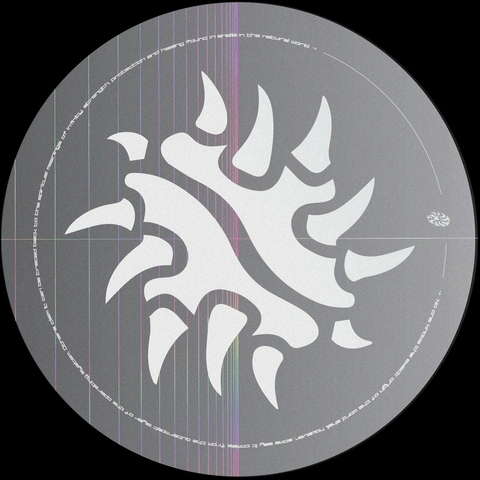 Facebook Twitter Google+
Two Shell return with a four-track EP to follow their debut from October last year. Although less instantaneous than its predecessor, the release shows how the London duo have quickly developed their own (ravey) take on the broken techno that has put labels like Hessle Audio and Livity Sound at the forefront of the UK underground. One that will prove a smash on dancefloors — whenever they can open again. ‘Touchpad’ is the pick, having done the rounds online after a video surfaced of Four Tet playing it at Glastonbury 2019. 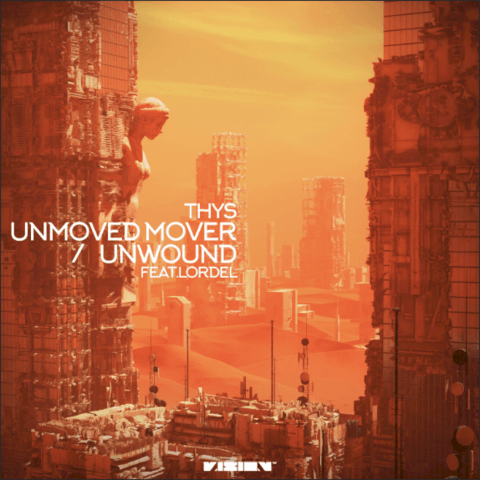 Facebook Twitter Google+
Noisia's break up is a shame, but the silver linings are starting to form. Thijs de Vlieger (Thys) has always impressed with his solo work and his new EP does so again. Matching its futuristic artwork, both tracks have a certain Blade Runner feel, but where ‘Unmoved Mover’ drives a tricky broken beat over widescreen prog, ‘Unwound’ lays down classic Noisia growls before falling into epic cinematic ambience. Finally, Sinistarr delivers a slick remix that jitters with the urgent energy of a time-lapse cityscape. 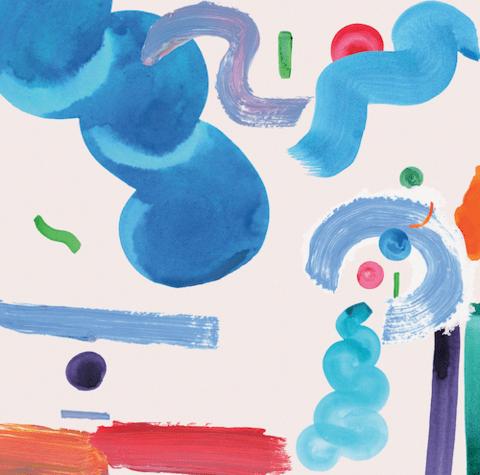 Facebook Twitter Google+
Dan Shake is one of the most consistent producers in modern house. Crisp hats and funky b-lines abound here, powered by kicks that punch through the mix without ever being overbearing. The EP was apparently inspired by J Dilla, and while this is most obvious on hip-hop interlude ‘Detention’, there’s more than a hint of the iconic Detroit producer in the bumping perc and soulful, slightly off-kilter samples elsewhere. The jewel is ‘A Pirate’s Eye’, which thumps to a gliding vocal from another Detroit legend, and Dilla’s mentor: Amp Fiddler. 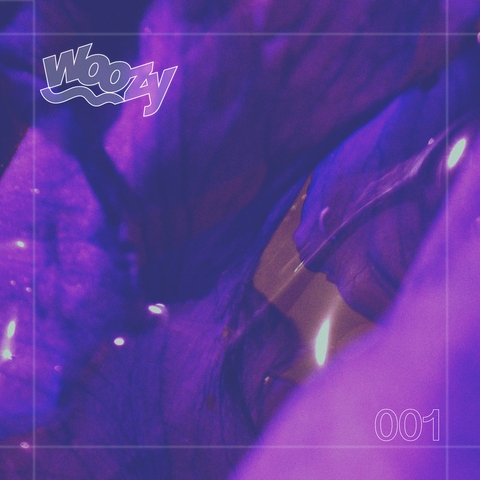