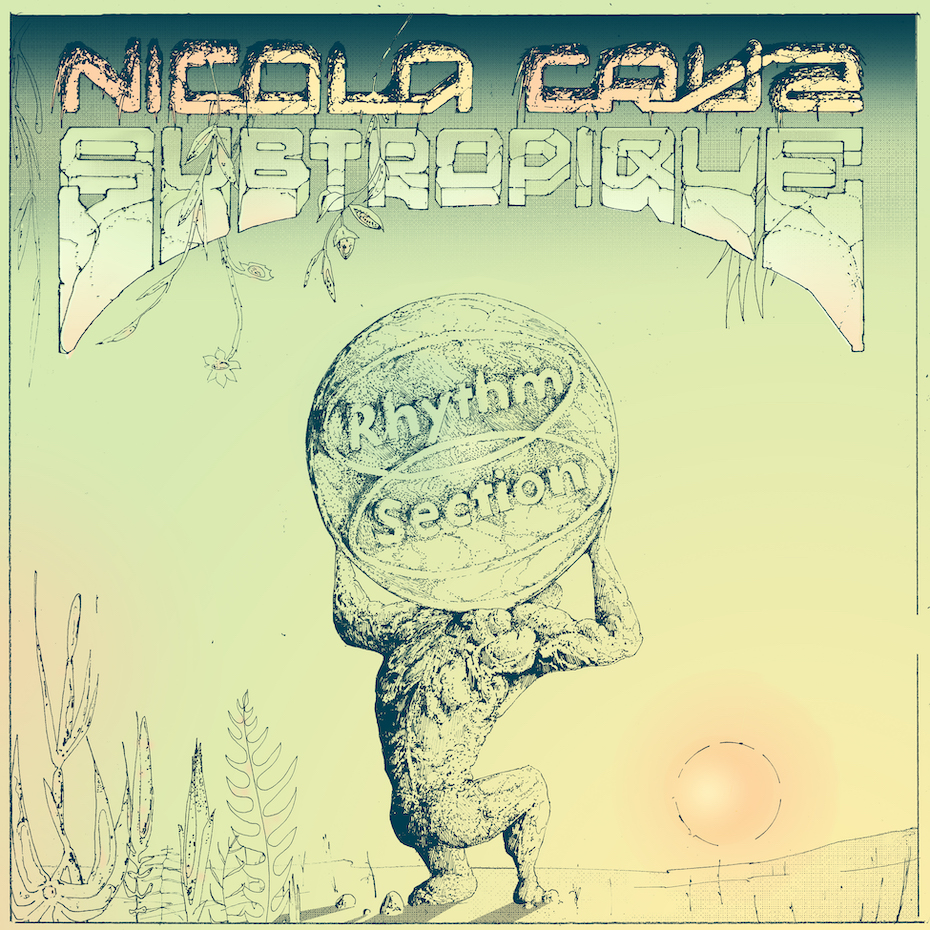 Facebook Twitter Google+
Born in France but raised in Ecuador, Nicola Cruz makes his debut on Bradley Zero’s London imprint with five tracks inspired by the sounds of the Andes. It follows a string of releases last year, including EPs on Optimo’s Music Digital Danceforce, I Lost My Poncho In Istanbul and Montréal-based Multi Culti. Infusing the percussive step of native instrumentation into his electronic productions, Nicola has a unique flair for groove which can be heard throughout the ‘Subtropique’ EP. The conga loops and iridescent shakers on tracks like ‘Zularic Permutations’ and ‘Barretto (Tienes Algo)’ work in effortless flow, creating tribal rhythms and motifs that make you want to move your feet. The title track encompasses shuffling beats and bubbling melodies, while the subtle sounds of 303 acid glide throughout the soundscape, unique patterns never repeating and constantly evolving. The vocal stabs on ‘What Now’ sit harmoniously with dreamy melodies and off-kilter claps. Nicola’s EP is designed for the dance, but the tracks are equally good for home-listening in this time of shuttered clubs; flawless grooves and mesmerising rhythms make this debut an essential new addition to the label’s ever-expanding discography. 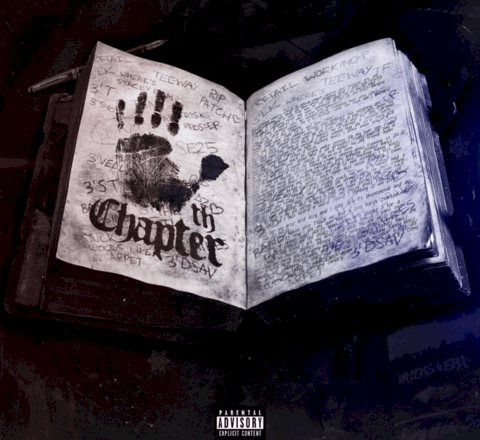 Facebook Twitter Google+
The new year always brings a debate as to which MC will own the next 12 months amongst rap fans, and Teeway is a strong contender for 2021. Following the success of hard-hitting singles like ‘Private Ryan’ and ‘Big Risk’ (with M1llionz), Teeway’s ‘5th Chapter’ stays true to his direct, no-nonsense delivery. While the EP bears strong features from ZeeTee, V9 and KO — the latter another strong contender for the best MC in the UK right now — solo effort ‘Dinner Time’ is the pick here. 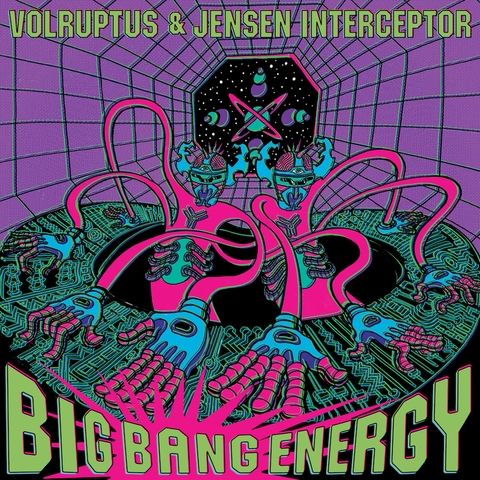 Facebook Twitter Google+
From Iceland and Australia originally but both Berlin-based, Volruptus & Jensen Interceptor, two of electro’s most original artists, join forces for some relentless party heat. ‘Everything’ has Jensen’s bass power and beats, matched with the untamed electronics of Volruptus. ‘Alien Realm’ offers a brief relative breather with its slower pace, but ‘Unknown Source’ is fast, unstoppable techno full of bleeps and metallic tones, and ‘End Of The Human Race’ presses self-destruct with an impossibly bouncy rhythm, robo voices and ice-cold synth lines. Ruthless. 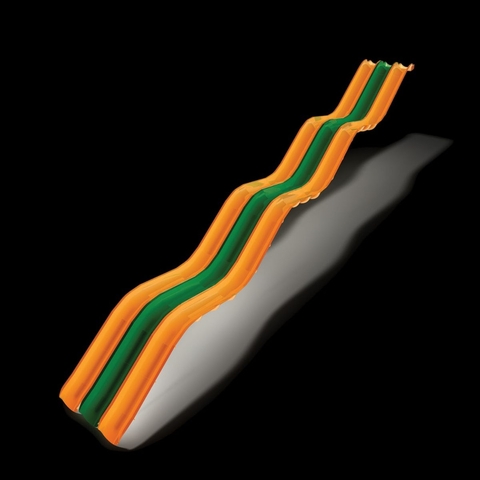 Facebook Twitter Google+
The remix that precisely nobody saw coming, here abstract electronic duo Autechre tackle a classic tune from production genius and pop conceptualist SOPHIE, who tragically died not long after it was released in January. The original ‘BIPP’ was a cyborg R&B song with ear-piercing electro-house synths, but Autechre slow it down into a minimalist late ’80s street soul piece, altering the vocal and adding drum machine beats. Miles away from the weird machine beats they normally make, it’s probably the closest they’ve ever come to pop, in the best possible way. 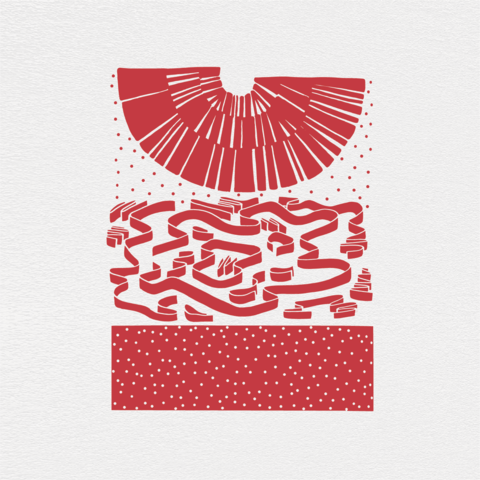 Facebook Twitter Google+
Mor Elian and Rhyw’s Fever AM imprint returns with a debut from Massachusetts-based Xen Chron. The distorted, broken beats of ‘Deleted Vapour’ set the tone for the EP with fluctuating rhythms and abstract soundscapes throughout tracks like ‘RVAT Octo’ and ‘That’s One Way To Ask’. The subtle pads of ‘Sure Why Not’ create uplifting moments until they drop into percussive mayhem. Each offering displays Xen Chron’s ability to move through moods and moments of unpredictability while remaining fully dancefloor-friendly. 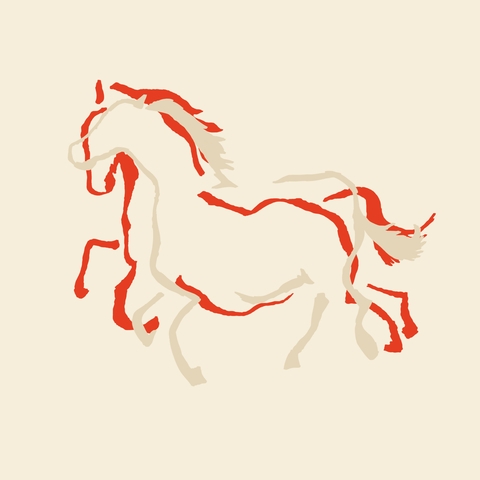 Do Not Be Afraid Of Tenderness

Facebook Twitter Google+
The Bristol duo return on their very own Keck imprint following the release of its debut EP last year. Inspired by the overriding feelings of isolation and oppression this year, but also elation and love, this is the first record Harry and Robin have made together remotely. ‘Silkworm’ enforces tension and thundering kicks without restraint, while ‘DYFLGOT’ takes a more sombre, slower pace. The title track is perhaps the most evocative of the three, inspiring memories of the once-heaving and now empty dancefloors of the past. 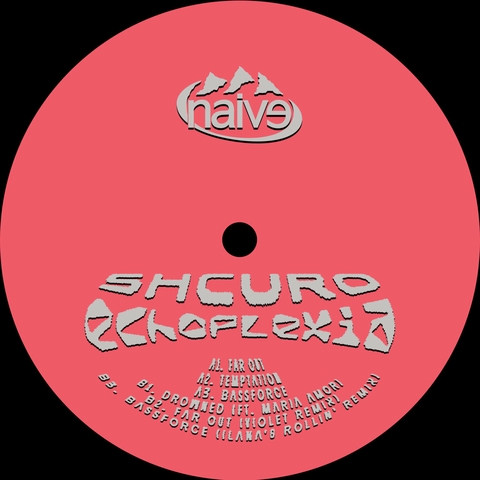 Facebook Twitter Google+
Violet's Naive imprint here has Lisbon’s Shcuro marking the label’s 13th release. Off-kilter rhythms and warping basslines on ‘Far Out’ are reminiscent of the UK’s golden dubstep era, while the transition into fast-paced, dubbed-out techno on ‘Temptation’ feels effortless. The rolling breaks and swirling bleepy melodies on ‘Bassforce’ hark back to the darker side of classic ‘90s rave records, and ‘Drowned’ featuring Maria Amor is a beautiful downtempo surprise to round off the EP, ideal for sunsets or sunrises to come. 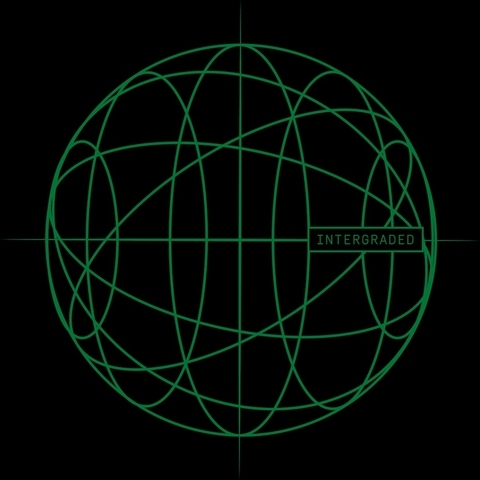 Facebook Twitter Google+
Midland invites Tom VR back onto Intergraded after an appearance on ‘Orbitration’, the label’s second V/A. The title track is a slow build into euphoria with swirling vocals that disappear into the ether. The emotive moments in ‘Club Forgiveness’ follow on the same trajectory, with an extended, unconventional breakdown that’ll send you into a deep trance-like state. ‘Ikquicon Lovers’ skips along lightheartedly with deep bass drums, ethereal vocal cuts and melodic stabs, before ‘VCF Freq’ rounds off the EP with echoing whispers and haunting, refracted percussion. 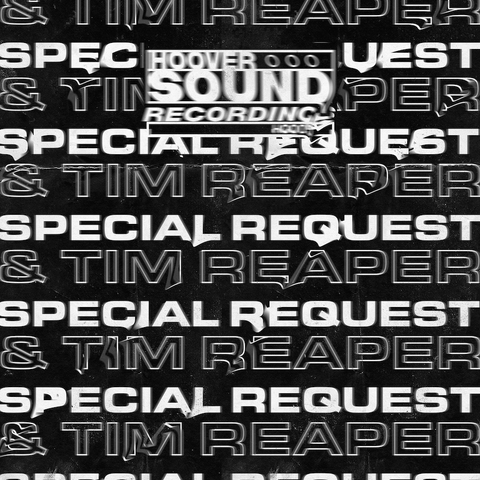 Facebook Twitter Google+
Two of the greatest artists in the current jungle scene join forces for a samurai showdown. Here, Tim Reaper tackles tracks from Special Request’s ‘Zero Fucks’ album — but these are more than simple remixes. ‘Elysian Fields’ becomes a jungle tekno piece with filtered pads, morphing into evil hardcore, and ‘Pull Up’ is transformed by gorgeous synths to match its R&B vocal, before a rude Reese interrupts the party. ‘Straight Off The Block’, meanwhile, is the metallic Amen blur you’ve been waiting for. A potent combination. 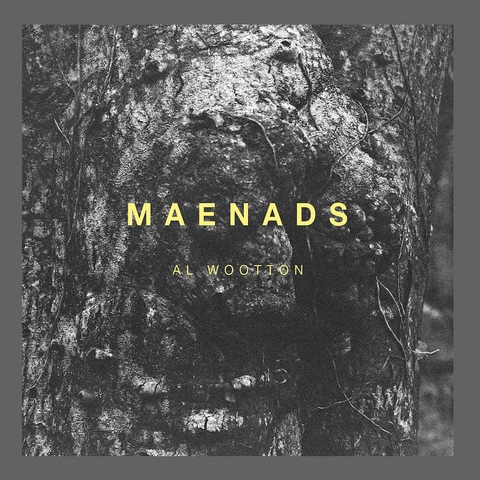 Facebook Twitter Google+
As Deadboy, Al Wootton brought an idiosyncratic touch to everything from UK garage to ambient music. Since reverting to his real name, he’s been more active than ever, with last year’s album ‘Witness’ a high point. ‘Maenads’ continues his recent theme of techno-laced, bass-heavy beats. Both ‘Baccata’ and ‘Maenads’ itself have thrumming subs and offbeat snare hits, paired with busy percussion and pad sweeps; ‘Alder’ is barely there, save for its sound design and reggae b-line, and ‘Ashe’ is smoked-out dub contemplation. Deepness guaranteed. 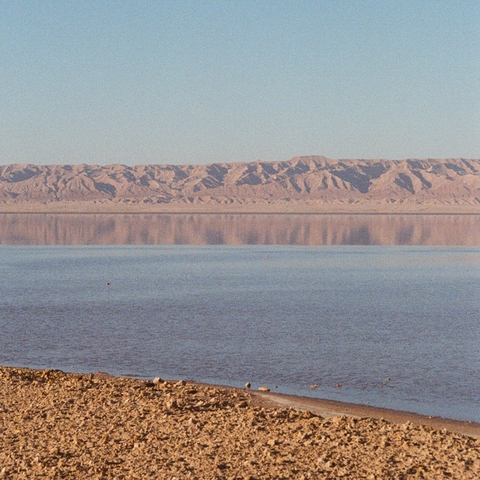 Facebook Twitter Google+
South London’s Joe Munday, aka Dampé, has delivered a new EP for Singapore imprint Darker Than Wax. His latest offering flawlessly melds a UK-centric, bass-heavy flavour with house and broken beat, creating productions that will rattle a soundsystem if necessary. The reverberating guitar licks on tracks like ‘Flora Waves’ dream of sunsets and ocean beaches, while ‘Awning Slapper’ encompasses bruk-beats with bubbling synths. ‘Swamp’ steers off into a different direction, taking a soft, meditative approach with field recordings and sombre melodies. 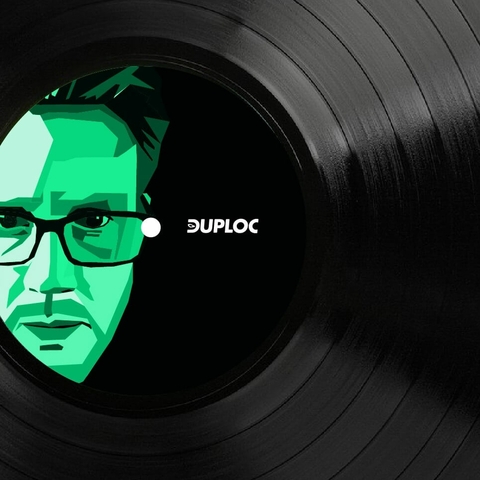 Facebook Twitter Google+
Belgian label DUPLOC secures a dubstep original for its latest release. Distance, known for his EPs and albums on labels like Planet Mu, Hotflush and his own Chestplate imprint, delivers three new cuts that combine his feel for atmosphere with heavy drums and aggy b-lines. The lead riff of ‘Sacrifices’ has a futurist East Asian sound, while crisp snares underpin the low-end heft. ‘Overcome’ will appeal to the head-nod contingent, and the darkside ‘808 Snake’ is a dystopian nightmare you don’t want to wake up from. 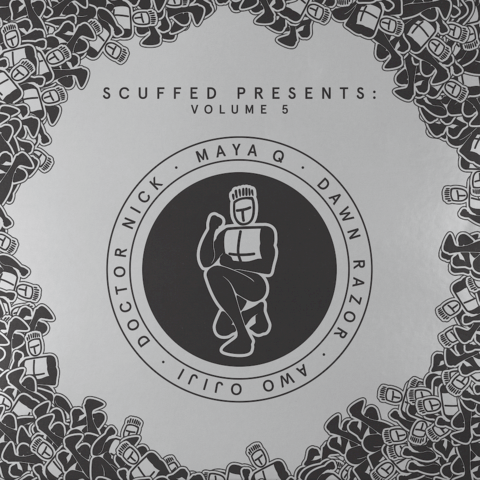 Facebook Twitter Google+
Ian DPM and High Class Filter’s Scuffed imprint is a go-to for curveball club beats and their opening salvo for 2021 confirms that won’t be changing any time soon. Each cut comes from an exciting artist to keep your peepers on this year. On ‘Woozy’, Avo Ojiji blends skippy percussion with electro sparkle and guttural jungle subs. Doctor Nick folds gnarly acid into a slick garage rhythm on the appropriately titled ‘Squelch’. Maya Q’s ‘Belief’ beams down propulsive Martian hardcore, and Dawn Razor finishes up with rumbling breakbeat techno. 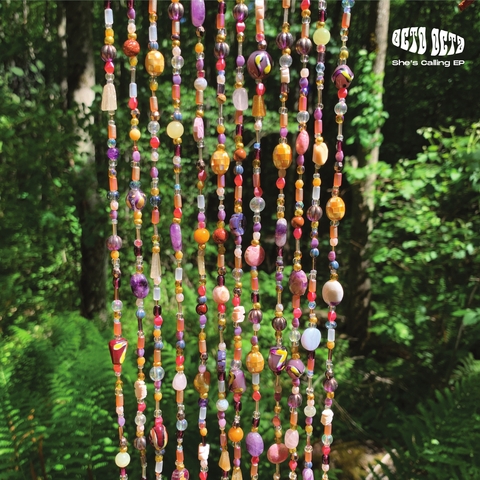 Facebook Twitter Google+
The fourth release on T4T LUV NRG finds label co-founder Octo Octa in an ebullient mood. ‘Goddess Calling’ is a powerful blast of breakbeat energy, with filtered-down hardcore strings driving it along. ‘Find Your Way Home’ indicates her skill at moving between genres: it’s a warm house track with garage percussion, scratching and thrumming bass that suggests an appreciation for UKG. ‘Spell For Nature’ is a more cosmic number, its mystic organ and four-four beat building to a poem concerned with the power of nature, rounding off a beautiful EP. 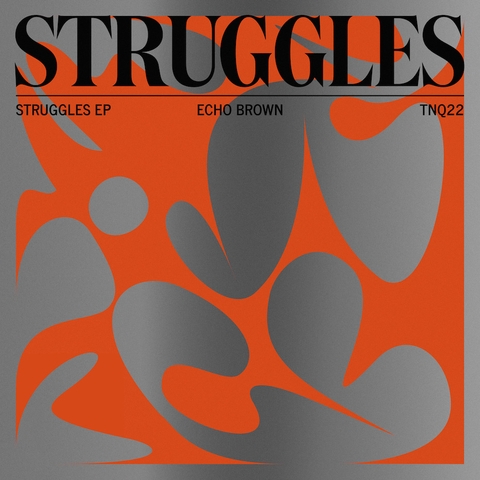 Facebook Twitter Google+
The latest release on Lenzman’s North Quarter imprint comes from North Carolina producer Echo Brown: a hefty EP of distinctive drum & bass goodness. ‘Affirmations’, with UK MC KinKai, is a warm liquid cut with a Calibre feel, while the soulful vocals of ‘So Good’ come laced with jazzy chords and crisp stepping beats. ‘Love Won’t Do’ is darker in mood, with its growling bass exhalations, and ‘Phenomena’ is an instrumental built for moments lost on dancefloors — remember them? 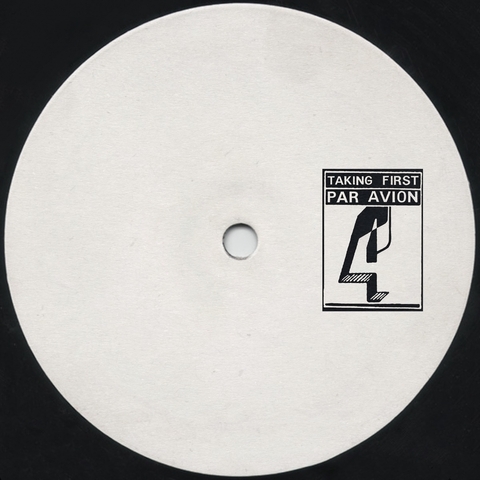 Facebook Twitter Google+
Out on Par Avion, the label he runs alongside Agrippa and Meta, Henry Greenleaf’s latest EP is clearly inspired by and made for clubs, when they return. The title track is a smouldering techno record with broken beats and twisted melodies, while the kicks of ‘Rumble’ pack a serious punch. ‘NOFM’ is an emotive expedition through atmospheric soundscapes until it’s stripped back to industrial kicks. Last but not least, ‘Stam’ wades through murky waters layered with distorted claps and unconventional percussion. 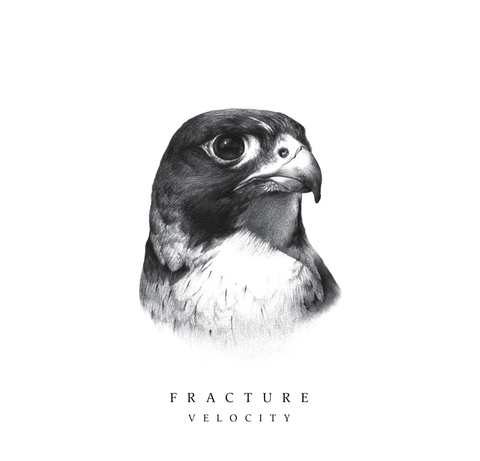 Facebook Twitter Google+
The latest release on Alix Perez’s 1985 Music comes from a master of genre mutation. Fracture’s ‘Velocity’ finds him again subtly twisting styles together. On ‘Shada Shada’, with Nah Eeto, the MC rides a deceptively slow half-time beat, where an Apache break intermittently shifts things into fifth gear over metallic bass work. ‘Avian’ is an updated take on LTJ Bukem’s ambient jungle, ‘Latee Killer’ is jungle stripped back to the bone, and ‘Biscotti’ is a break-laden roller with mechanoid stabs. Futuristic excellence.
back to top
DJMAG
all sections