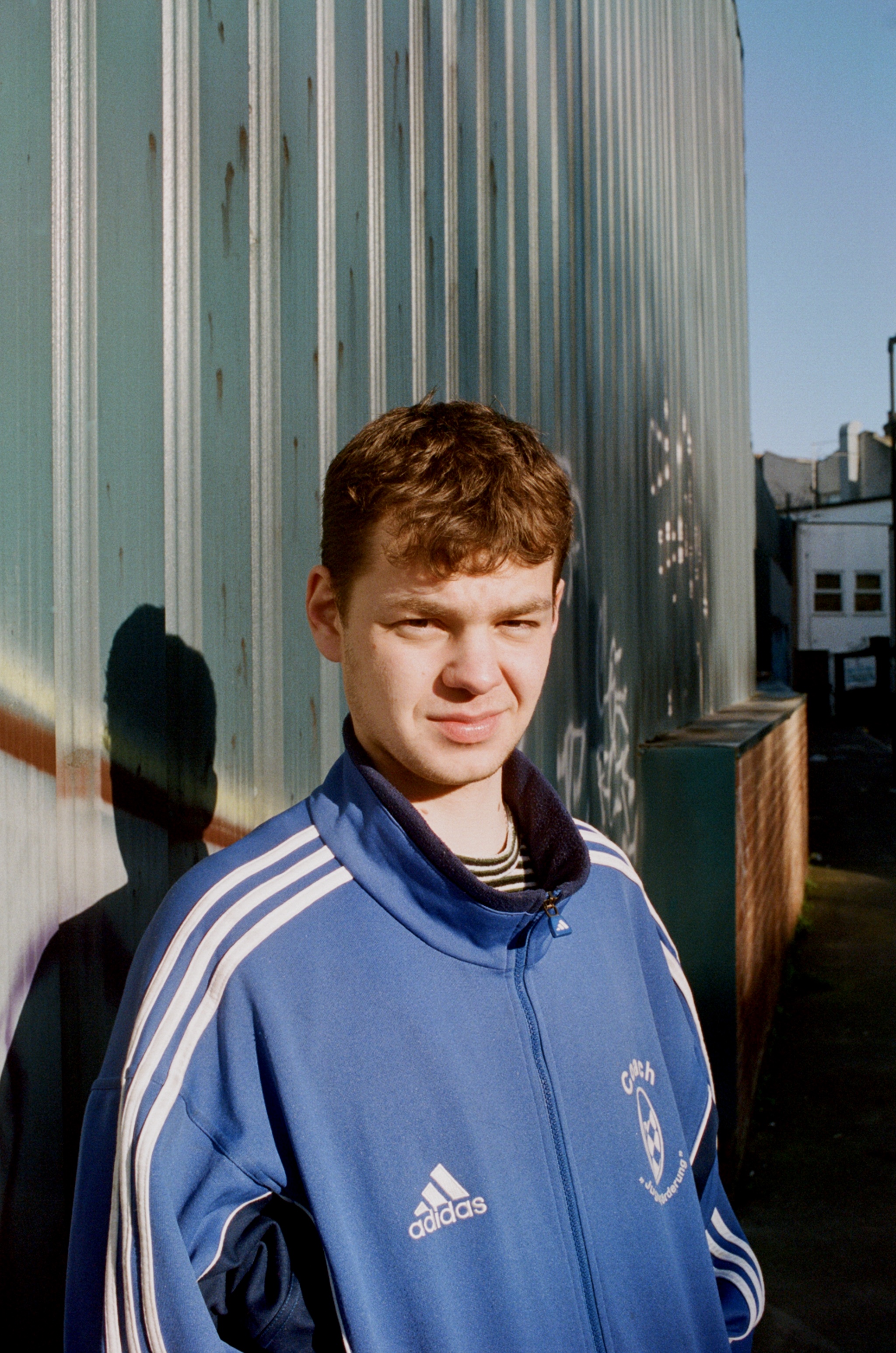 The Ghosts That Gave EP

9.0
Facebook Twitter Google+
We’ve all agreed by now that pigeon-holing fucking sucks, right? To be defined by a singular trait is an ego deflating, horror of a thing. Which is why it’s absolutely so hyper-great that Sheffield producer Unperson floats so ably in the No Man’s Land between styles. Unsubtly melodic, he uses synth stabs as percussive elements on the steppy ‘No Longer, Not Yet’ and worms the riff so graphically into the soca flecked garage swing of ‘Now And Then’, that it's an instant reloader. Slow rolling techno cuts like ‘Things Just Happen’ and ‘Cracked Teeth’ further define what is a pretty astoundingly rounded debut.

9.0
Facebook Twitter Google+
If the first bass drop on Kouslin’s ‘Sharper’ doesn’t make you smile in an instant, you’ve got a heart of stone there mate. In fact, you should drop what you’re doing, go outside and find the first big puddle on the floor that you can see. Look deep into your contorted reflection and proceed to chastise yourself; chastise yourself all the way to hell. This whole drop is wonderful, and the bass work is powerful.

6.5
Facebook Twitter Google+
There are points within K-Lone’s eight-track 'Cape Cira' where I’m entranced and/or just plain lost in the swirl of prescribed pleasantries, propelled along only by the producer’s subtle shifts in tonation. But there are other moments where I feel like I’m back listening to some hypno relaxation tape for the first time at antenatal class. By all rights though, this is a sweepingly lush album that deserves more plaudits from others.

7.0
Facebook Twitter Google+
I don’t know what game he’s playing, or where he figured out the rhythmic tick in ‘Missing In Action’ from, but Two Shell’s weirding me out on the flip of Mainframe Audio’s debut release. The out of step while still chugging on beat thing is deeply perplexing, unsettling, and I still don’t know if I’m really down with it yet. His garagey chopped vocals on the A-side are a no-brainer, though.

8.0
Facebook Twitter Google+
It’s deliciously apt that Kutmah’s long-overdue debut for All City runs the gamut between all beat styles. From so-laid-back-they’re-practically-comatose beats like ‘Tres Flores’ and ‘Stoned In Brixton’, to gnarled and twisted, wonderfully heavy-fisted bits like ‘Centenarians’, Kutmah seems to be drawing from a bank of psyche, punk and industrial influences, that fits both the creeping inevitability of the mood of wider society and the post FlyLo meta-jazz explosion perfectly.

'The World Is New Again'

8.0
Facebook Twitter Google+
Even though Houndstooth's honcho Rob Booth is swerving my messages about it, the release of Hodge’s debut LP for the label is imminent. The Bristol-based producer’s gone from strength to strength over the last handful of years, and ‘The World Is New Again’ is a neat entry point to his album (being that it’s full of moody, orchestral swells and those nagging little riffs he’s so good at nailing).

9.0
Facebook Twitter Google+
Did anyone else’s dad make them listen to Weather Report on those summer car journeys that seemed to last so long it felt like a whole calendar week had passed by? While I cursed him then and rib him endlessly now for his taste, he introduced me to ‘Birdland’ and ‘River People’, so I forgive him. Ratgrave is what I’m gonna make my son listen to the next time we drive up to Scotland.

8.0
Facebook Twitter Google+
With its rather swimmingly bleak, fractured techno template, Otik’s work for Mr Mitch’s Gobstopper imprint delivers another much-needed booster shot of sprawling, harmonic menace and drum density. For me, ‘Ghost Mole’ is the perfect distillation of the EP; with all of its choppy drum lines, pumping bass work and skittish percussion, it’s got the perfect balance of tense mood and dancefloor execution. Play ‘Antihero’ if you like discombobulated pumpers.
Oli Marlow
Facebook Twitter WhatsApp

7.0
Facebook Twitter Google+
If you’ve ever assumed that Irish drum music is just some guy bashing a bodhrán, listen to Syn on Even The Strong.

1. NSDOS Live 'Sending.Movement1.0' Upton Park "So much talent, so daring, so much freshness. This NSDOS live cut is too much." 2. Cikkun 'Injonctions EP' Exploration Music "It's hard to choose a track, because this whole EP is just a wonderfully psychotic trance journey." 3. Uwalmassa 'Untitled 02' DIVISI62 "A super tribal sound which comes from Indonesia. They're very, very good these, Uwalmassa." 4. Skee Mask 'Rev8617' Ilian Tape "This track has a real magic power: it puts me in a fucking good mood. A mega essential routine for my happiness." 5. Demdike Stare 'Haxan Dub' Modern Love "Delightful, cavernous dub, as I like it. Simple, spacious. Solid." 6. Burnt Friedman & Mohammad Reza Mortazavi 'Yek132-11' Nonplace "This is a magical collaboration. Fly high and trip between these two incredible musicians." 7. HHY & The Macumbas 'Danbala Propaganda' House of Mythology "A rather 'casual' rough side in this decadent Portuguese electro/acoustic/tribal project, that I really like." 8. Forest Drive West 'Block Nine' Midgard "I could've picked any Forest Drive West track actually. They are all just wicked." 9. Margaret Dygas '37 Min To 7' Non Standard Productions "This is timeless and completely spatial... fine groove, with a multitude of ways to enter in." 10. YOTAM AVNI 'Even' Stroboscopic Artefacts "The atmosphere of this track; the universe, the sound. It's ultra deep but so bright. I'm addicted."
back to top
DJMAG
all sections