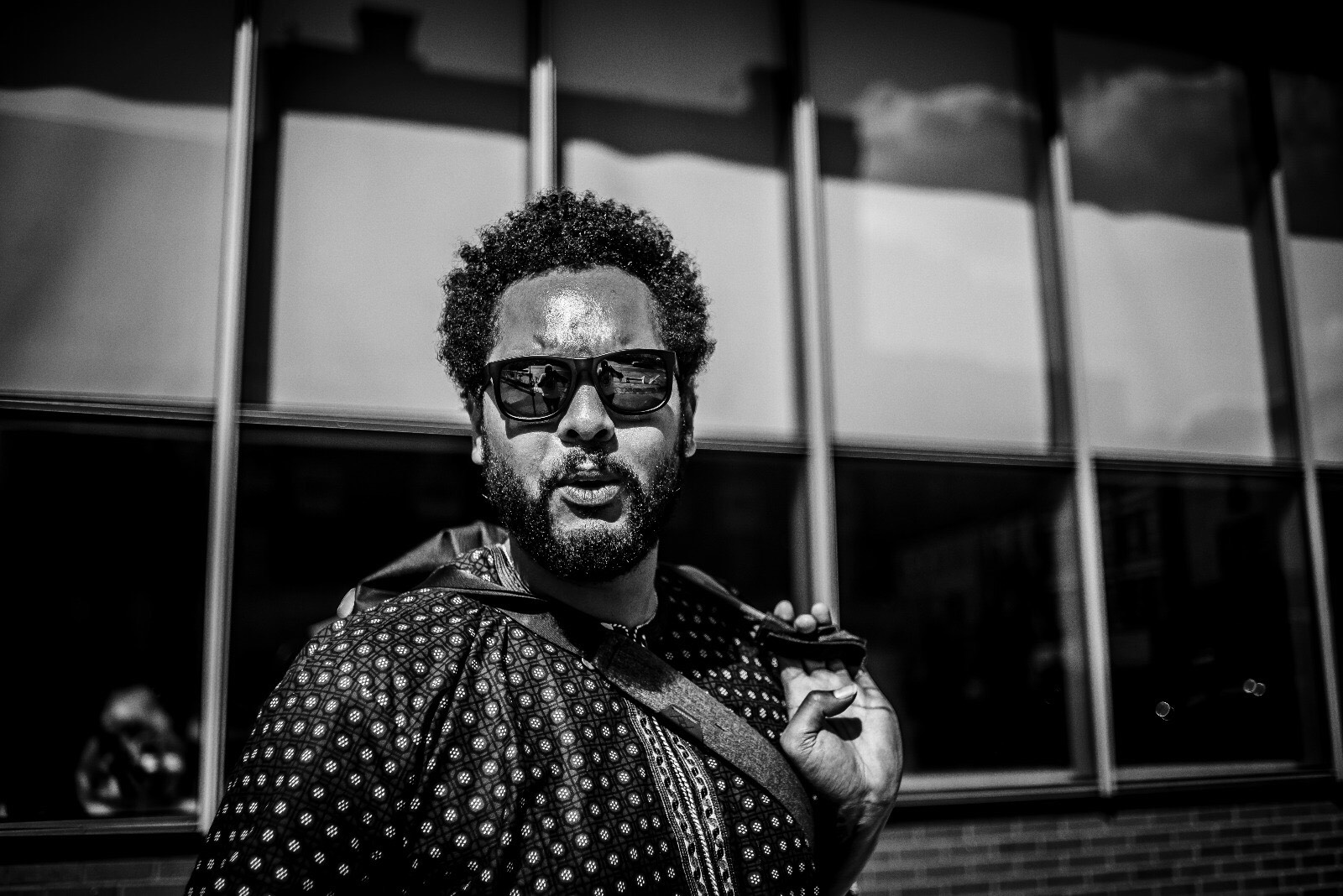 7.5
Facebook Twitter Google+
A fascinating conceptual pop tune by Serbian producer, Turbotito. His experimental ‘DIAMONDLOVE No.1’ sounds like Der Zyklus-meets-David Sylvian, and is taken from a rather unusual sounding score for ‘puppet’ theatre. Sebastien Chenut of Scratch Massive remixes, taking a trip beyond the cosmic disco.

7.5
Facebook Twitter Google+
Xinobi’s gazing pop disco number gets the Hi-NRG treatment from the man like Tensnake, switching the dreamy pulse of the original into something far more direct. In accompaniment, Way Out West’s Jody Wisternoff goes all Border Community style with a disco trance version, and Pete Herbert takes a trip to the tropics with a nu-disco mix, replete with snaking funk guitar licks and South Sea Island percussion in both his vocal and dub mixes.

8.5
Facebook Twitter Google+
Lifted from the ‘We Are Opilec…! Vol. III’ compilation of 2016, I-Robots’ percussive, Jingo-style disco tune gets pulled up to date with the help of these brand new remixes. First up, following a retrospective of works on Music From Memory earlier this year, is Kuniyuki Takahashi, who brings a dreamy, Balearic version. No stranger to marrying the sounds of disco, techno and the exotic, is the next remixer choice: Gary Martin. As Gigi Galaxy and Teknotika, the Detroit producer scored club smashes throughout the '90s/'00s with a unique discotechno formula, and his remix proves to be one of the highs on this release. A strong EP, with '80s minimal synth/kosmiche heroes Schaltkreis Wassermann also making an appearance.

7.5
Facebook Twitter Google+
A mainstay of the Gallic disco and house scene, Charles Schillings lays out new remixes of the flamboyant ‘Love Sex And Music’. Schillings’ contemporary The Supermen Lovers is an obvious choice to take on the task, and his mix distills the original groove into a heartbreaking mid-tempo version. High octane takes from Maximillion and Binary Function hold on to the drama, while a quasi Italo remix from CatCat, and a cute disco-not-disco mix from Sean Ovenden make for fun additions.

8.0
Facebook Twitter Google+
Pin Up Club's death disco has already attracted the attention of tastemakers such as Nein, Bordello a Parigi and Relish. On the duo’s latest release, expect some growling, post-punk basslines under neatly sequenced old Roland drum machines and haunting leads, sounding like they’ve been lifted from a John Carpenter movie. DFA’s latest signing, Perel, brings a rousing Hi-NRG instrumental remix of the title track, giving a fresh dynamic and an extra surge of energy to the release.

9.0
Facebook Twitter Google+
Matias Aguayo’s wonderfully diverse Cómeme label brings another EP of surprises from regulars and new signings. Aguayo himself makes an appearance with a stuttering, robotic champeta, next to a wavey techno track from new signing, Katerina. Mexico’s Daniel Maloso is in cahoots with the Red Axes boys with the heated, mutant disco dub of ‘En La Oscuridad’ and Gladkazuka’s exquisite, snaking EBM cut ‘Futuro Caos’ is the standout moment. Classy.

8.0
Facebook Twitter Google+
After sharing releases with Alexander Robotnik, this Italian disco producer brings his quirky production style to Night Noise Music, mixing up vintage electro, new beat and art school funk. Freudenthal and Younger Than Me both remix the highlight, ‘You Are Bad Luck’.

7.5
Facebook Twitter Google+
Liverpool Disco Festival (LDF) commissions new remixes of classic NYC disco and boogie tunes from the West End Records catalogue. Remixing these four 'cornerstones' of club music is no easy task, but Chicago’s Rahaan is an obvious choice for the job, playing it safe and respectfully adding new production to the music of Brenda Taylor, Mahogany, Billy Nichols and the Chuck Davis Orchestra. It's a pretty straightforward approach that’ll keep the purists happy, working new disco-funk rhythms over familiar acapellas, with the ace here being the rework of the peerless Martinelli/Todd production ‘You Can't Have Your Cake & Eat It Too’ by Brenda Taylor.

8.0
Facebook Twitter Google+
From the LA underground, Kompakt Records’ Sonns and neighbour, Tavish explore the darker corners of death disco and new wave on this two-tracker for ESP. The lead title track thumps at mid tempo with tumbling, tribal toms and an array of vintage sounds that you might have heard on some classic new beat tunes. However, my bet’s on the flipside, ‘Roguish Days’ where modular noodling mixes with acid and motorik rhythms. Fans of Red Axes, Cowboy Rhythmbox and Moscoman should be all over this.
Jonathan Burnip
Facebook Twitter WhatsApp 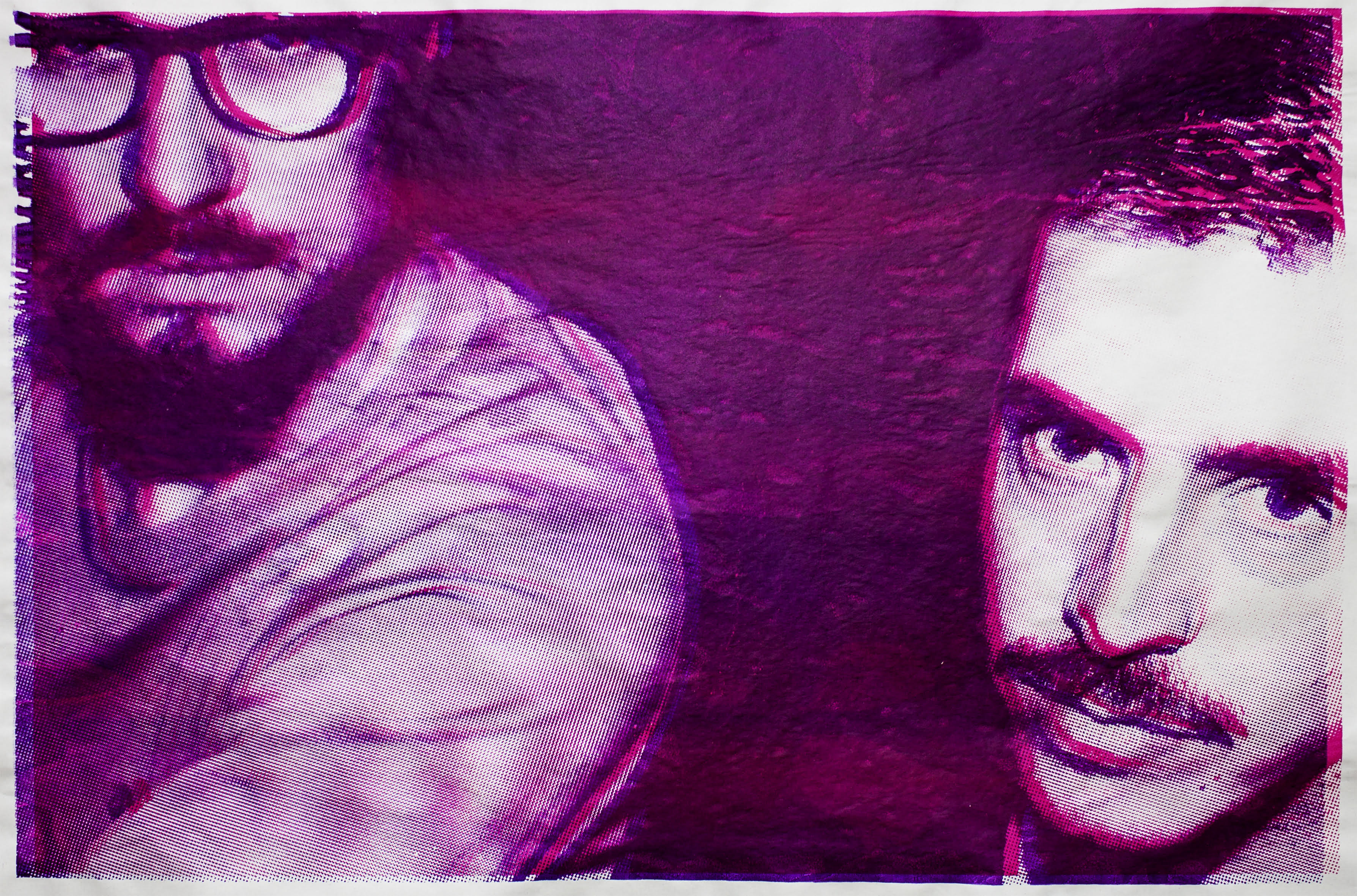 1. Pin Up Club 'Naoshima' Phantasm Records "A spaced-out jam session recorded live at our studio in Amsterdam. It marks a new way of creating for us and became the title track of the new EP." 2. Lily Haz 'Dinosaurs' Night Noise Music "Hypnotic bassline, claps and vocals taking you away like science fiction, and the sensational absence of kick-drums keeping you tucked in for the ride." 3. Nesta 'Belles' Fantome de Nuit "Nesta’s whole album blew our socks off. 'Belles' is beautifully crafted with mesmerising Arabic vibe organ supported by an acid bassline and… BELLS!" 4. Vox Low 'Take the Shock Away (T21 Cover)' La Dame Noir "Darkness has never been so bright. The much adored club and label from Marseille teaming up with Parisian darkwavey disco wizards Vox Low, delivering certified record bag material." 5. Memphis 'Untitled A2' Mirror Zone "New kid from our block Mirror Zone reissues a percussive masterpiece for the tunnel ravers among us." 6. Space 'Magic Fly (Greg Wilson & Peza Remix)' Nang "A perfect rendition of a true classic, if you see anybody leaving a dancefloor for a drink they’ll surely come running back when hearing this delightfully voluptuous tune." 7. Velvet C 'Cosmotropi' Kalahari Oyster Cult "Do you need more arpeggio in your life? Yes you do and this is it!" 8. Cornchild 'Throw That Key' Mireia Records "RSS Disco’s love baby Mireia is always about quality music made for beautiful days in the sun. The whole 'We’ll Sea Pt3 EP' is a breath of fresh air." 9. Tâches 'I Won’t Change For You' Glitter Cowboy "Dreamy layers of percussion from dozens of ethnicities and exactly the right kind of grit. Calling it shamanic would sell it short hugely, but it does have that dance around the fire vibe going strong." 10. Théo Spécial 'Oohyaa' Bordello A Parigi "Balearic disco cut with ethereal synths chiming over a catchy bassline, welcoming summer."
back to top
DJMAG
all sections