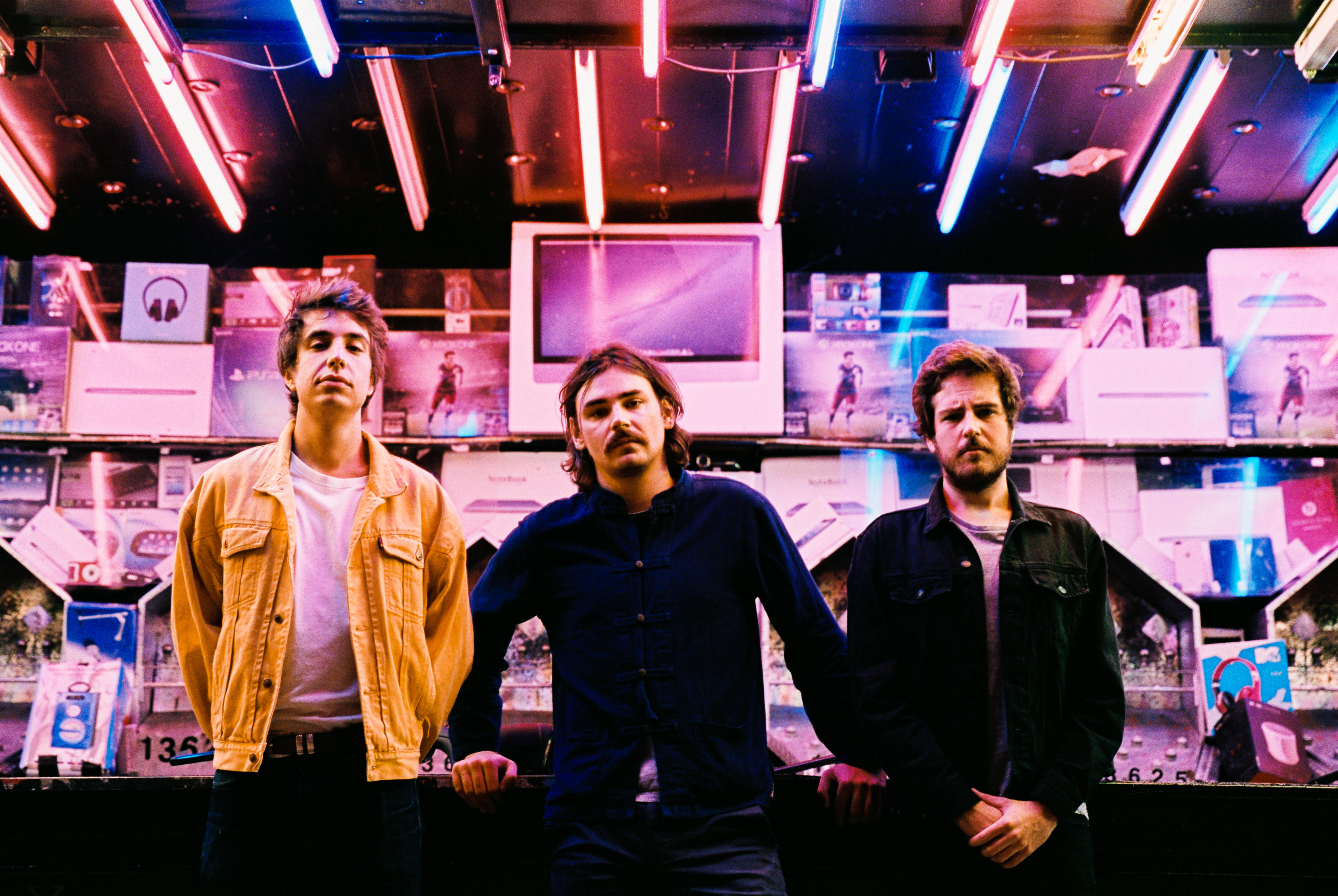 9.5
Facebook Twitter Google+
Plucky French trio Yuma Guma are on the rise with their pop, disco and house music amalgam; having now picked up a contract with La Tebwa for their second release, the band’s crossover style is set to reach a wider audience. Immediately, this release gets on the good foot with the Hi-NRG homage ‘Coming For You’, before easing into the more traditional disco hustle of ‘Move Along’ and the slow, Francis Lai sampling boogie of ‘Delusion’; even the NJ style house tribute ‘Astrolab’ doesn’t sound too incongruous among this lot. Ace.

8.5
Facebook Twitter Google+
Latest addition to the long-standing ‘Attack The Dancefloor’ series has label head Joey Negro piping in new lifeblood to a few disco classics that have made it around the block a few times. A classic Philly International cut from The O’Jays (as sampled by the great Gene Farris) ‘Put Our Heads Together’ gets a 2020 makeover, alongside Doug Willis’ version of Grey & Hanks' budget disco classic ‘Dancin’; the way he edits the intro is a pure masterstroke. For the garage and house heads, there’s a version of The Sunkids’ NJ classic ‘Rescue Me’ and one of Double Exposure’s evergreen disco anthem ‘Everyman’.

8.5
Facebook Twitter Google+
Nu-disco/dream house vibes from Mexican producer Cabizbajo, who has had releases pushed by labels such as NEIN and Logical previous to this. Opening with the title track (a dreamy Burrell Bros./Don Carlos style deep house homage), the single comes packed with a remix from countryman Dan Solo, who smudges the mood with some heavy dub touches. The tone changes a little with the acid and new wave tracks ‘Don’t Wanna Be Cool’ and ‘Cueva’; the latter, being remixed by Die Jungle, has already been rocking Weatherall’s A Love From Outer Space.

8.0
Facebook Twitter Google+
Mexican label Duro brings the sound of propulsive disco throb via this latest release from local talent Undefined Pattern. Three original productions are based on an incessant, single bass note pulse, dusted off with stuttering vocal and disco effects; not so much going on collectively, but pretty deadly, I can imagine, in the right setting. A bonus remix from Damon Jee plays it safe, but Jenia Tarsol's version, complete with totally over-the-top rock guitar riffs, is the one.

9.0
Facebook Twitter Google+
Andy Meecham’s The Emperor Machine makes some moves to quickly follow up on the excellent ‘Two Voice’ release of late summer. Again, Meecham gets to the heart of the machine with three expertly-rendered sessions in oddball, Euro-disco style camp through to kosmiche and deadly warehouse/LFO style proto techno. As disparate as this programme may sound, it all makes sense upon listening. Still ahead of the pack.

'Nothing Matters When We Are Dancing Vol 10: Garden'

9.0
Facebook Twitter Google+
To acknowledge a decade of Cocktail D'Amore partying, the Discodromo boys have put together a series of three single releases named 'Cosmic Hole', 'Main Room' and, this entry, 'Garden'. The label calls on the likes of Tornado Wallace, Bell Towers, Bon Voyage Organization and Greenvision to contribute, so expect an abundance of quality on offer here. Standouts include a Moroder style ‘The Chase’ vibe in Tornado Wallace’s brilliant ‘Start Again’ cut and Greenvision’s appropriately titled freestyle homage ‘Sleeping Bag In New York’.

9.0
Facebook Twitter Google+
Intergalactic Gary rides again! The cult DJ returns from a three-year hiatus, and the new material is worth the wait. From lining up classics with I-F as The Parallax Corporation (their version of Simonetti’s ‘Fear’ remains a classic in the modern electro disco genre) to more obscure productions as Silverstream, Intergalactic Gary is still "the DJ's DJ", known for his dazzling sets and insane collection. ‘Signs Of Disarray’ has him dipping into minimal wave experiments with industrial and primitive techno touches. Fantastic.

9.0
Facebook Twitter Google+
The second Dark Entries release from Red Axes has the duo at the crucible of post-punk, new wave and techno; merging a unique sound that has delivered for the likes of I’m A Cliché, Correspondant, and Hivern Discs as well. From the get-go ‘Voom’ lets rip with wild tribal drums and steely electro tracks; dipping in and out of hypnotic Italo vibes and pseudo-freestyle jams. Strange, forward-thinking and absolutely deadly.
Jonathan Burnip
Facebook Twitter WhatsApp 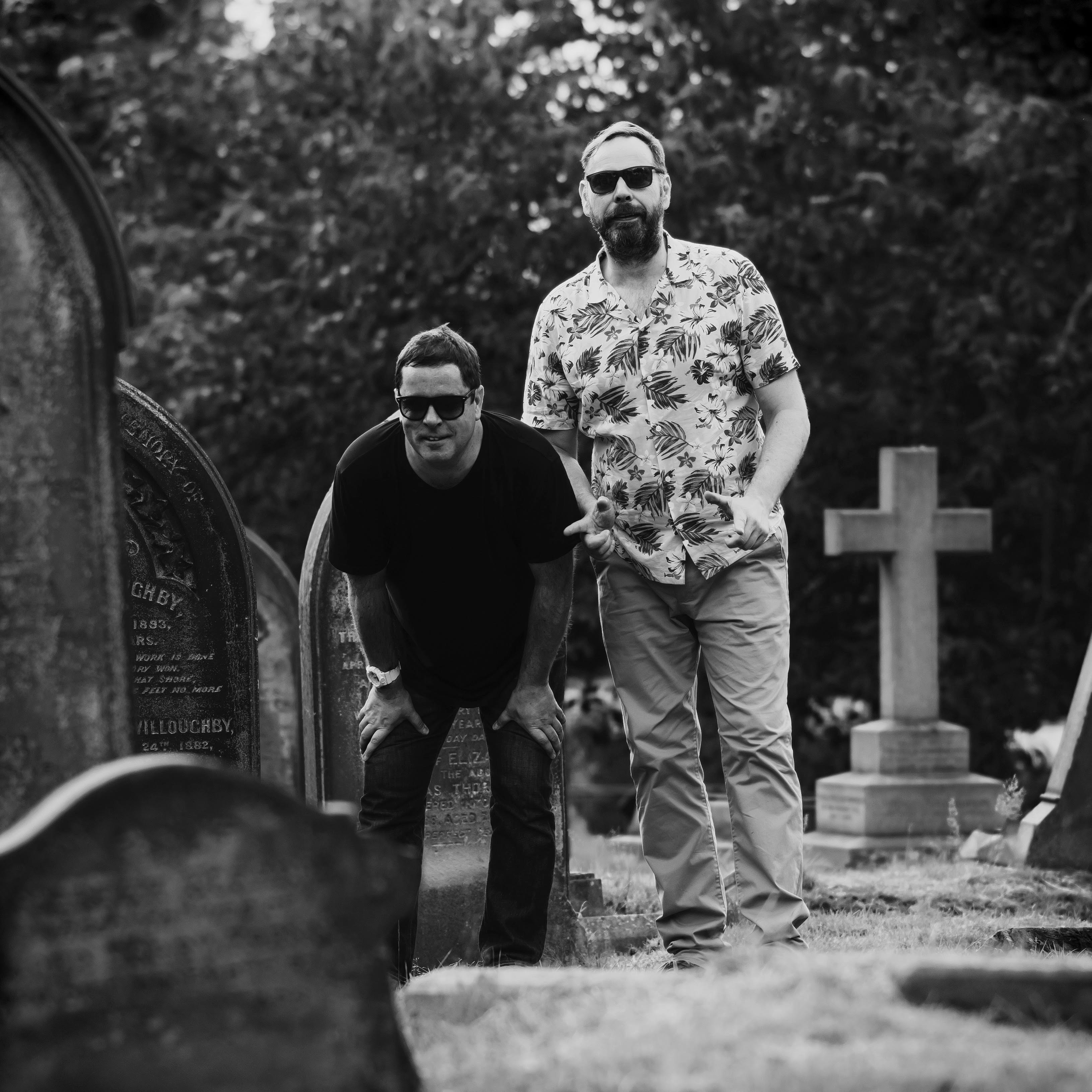