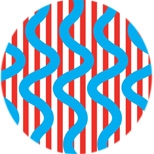 Jive Baby On A Saturday Night

10
Facebook Twitter Google+
Curious new-wave re-issue plucked from oblivion (legend has it that after its poor initial sales of 30 copies, the remainder were condemned to landfill), that caused a small stir in one of the golden years of post-punk - 1981. It's a total mystery as to why 'Jive Baby On A Saturday Night' was not a hit at the time as it boats a cool, deadpan punk attitude similar to that of Tom Tom Club or the trippy, spun-out grind of Rammellzee (RIP) vs. K-Rob's hip-hop holy grail, 'Beat Bop'. John Peel championed it on many occasions and even Sonic Youth's Thurston Moore rinsed it's memorable, low-slung bassline over the years. Finally, in 2010, dear Jonny, over at Trunk HQ, has done the decent thing and pulled off this immaculate re-issue job, with the addition of three fitting remixes from the likes of Georges Vert (aka Jon Brooks of The Advisory Circle on the fantastic Ghost Box label), Fred Deakin of Lemon Jelly and Trunk himself (with the aid of Tommy Stupid of renowned UK hardcore/thrash troupe, The Stupids). Essential and destined to sell more now than it did then. Hopefully.
admin
Facebook Twitter WhatsApp

7.0
Facebook Twitter Google+
Club friendly release on Rong preparing us for a new album by leftfield/tropical-disco legend, Coati Mundi. Lee Douglas drops a much trackier version on the flip.

'That Look In Your Eyes'

'Let's Be Careful Out There'

7.0
Facebook Twitter Google+
Hill Street Blues tribute from US hardcore nut and Italians Do It Better supremo, who trawls through his vast collection to modify pop, new-wave and disco relics.
back to top
DJMAG
all sections