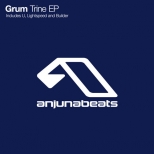 9.0
Facebook Twitter Google+
Grum makes his Anjunabeats debut with another solid indication he’s ready for the big league. ‘U’ is an enigmatic, progressive stormer that pitches its flag somewhere ambiguously between house and trance, maximising appeal for both scenes. Led by a rich, colourful electro synth hook, it’s backed by a driving house kick that maximises dancefloor functionality. More importantly though is how Grum has tapped into that mysterious essence that defined early progressive, making ‘U’ one of the standout electro/progressive records of the year so far.

'Back In My Life'

8.0
Facebook Twitter Google+
A sleeper of a record from Colorize that warrants attention as a proper gem, ‘Back In My Life’ is a seductive slice of melodic progressive that’s brimming with ambient shimmers, dramatic drumrolls and huge basslines, packing a dancefloor punch without letting things spill gratuitously over into trance. Keep it in your box if you really want to take a house set up a notch.

7.5
Facebook Twitter Google+
Both ‘Dubmission’ and ‘Jimmy’ last year saw Schneider embracing a stronger harmonic approach, that resulted in some of her strongest work to date, though they were both mellow selections. ‘Circle Culture’ sees her going for the house and techno peaktime, the harsher elements leading into a full-blown ethereal breakdown, and an energy that’s deep, dark and euphoric all at the one time. It’s already proved its functional power in Schneider’s sets, and is prepped to provide some intense dancefloor moments over the summer.

7.0
Facebook Twitter Google+
Sasha plays a classic bait-and-switch trick with ‘Ether’ by opening on a hefty note of techno, before evolving into a swirly progressive monster in the second half, the brittle sounds giving way to delicious cyclones of melody, demonstrating again he’s not afraid at the moment to go for the jugular. There are elements of a return to the euphoric sounds that defined his earlier years, without the danger of it feeling retrospective.

7.0
Facebook Twitter Google+
An Eric Prydz remix is probably as far as you could imagine Kölsch steering things towards the stadiums, though the Danish producer is nonetheless famous for his unabashed affinity with emotion, and he does a bang-up job of striking the right balance with ‘Generate’. It’s a calculated remix that hits all the right points while still keeping things authentic, its bleepy electro stabs morphing into a rich framework where Kölsch summons genuine emotion from the vocals.

7.5
Facebook Twitter Google+
The B-side of Allien’s latest ‘High’ EP sees her dropping what’s unmistakably a dirty progressive record, through and through. While ‘Lou’ deceptively fires up with a moody tech house vibe, it’s not long before it’s been transformed into an acid-drenched belter. Bigger than you’d think.

7.0
Facebook Twitter Google+
Do yourself a favour and steer well clear of the vocal cut of Michael Woods’ new single ‘Overflowing’, and head straight for the visceral dancefloor appeal that personifies the instrumental mix. A polished mix of electro and EDM, it’s the brute force of that bassline that cements it as a mainroom banger with enough brute power to wreck the joint. Executed with precision.

9.0
Facebook Twitter Google+
The Bulgarian maestro demonstrates on his ‘Cloud Generator’ EP he’s more than happy to defy expectations, a respite from the darker techno he’s so proficient at producing, though the closing breakbeat mix of ‘Pocket Piano’ is the most unexpected and memorable, a glorious rave throwback with enough sonic surprises to leave dancefloors breathless.

7.5
Facebook Twitter Google+
Sobota has deftly avoided being cornered into any particular genre, producing drum &amp; bass to techno and everything in-between, though with ‘Triangles’ he unleashes his trance chops with a record that’s unashamedly grandiose. There’s a hands-in-the-air vibe to the harmonies, and while the deeper grooves keep it one step away from full-blown floaty euphoric trance, that step is a defining one. An impressive and distinct move for the MicroCastle stable.

Above & Beyond feat Zoe Johnston

8.0
Facebook Twitter Google+
A standout on his new turbo-charged ‘Anjunabeats Worldwide 05’ mix compilation, Bluestone takes the emotional appeal of the Above &amp; Beyond original and fuses it with a cement truck worth of grunt. And he does an impossibly good job of it too. The thunder of the bassline gets things off to a powerhouse start, and he reinforces it with some extremely clever use of the songwriting aspects, without ever letting it get in the way of it being a proper stadium banger.
admin
Facebook Twitter WhatsApp

7.0
Facebook Twitter Google+
A euphoric, summery house record that’s been floating around in record boxes for a while finally gets its release on Intricate. Starting with a jerky slowdown of its main groove that kicks it into fifth gear, it brims with upbeat vibes until the melodic aspects are really brought to the fore.

7.0
Facebook Twitter Google+
A blast of summery emotion from Vilborg on Enhanced Progressive that makes a decent play at fusing the expected EDM trimmings with a bit more emotional substance.
back to top
DJMAG
all sections