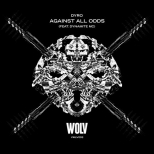 Against All Odds (feat Dynamite MC)

8.5
Facebook Twitter Google+
Bigroom EDM dares to be a little different here as Dutchman Dyro unleashes a storm of electro noise over the top of some funky mic work from Dynamite MC, and a rhythmic bottom end that never settles into a predictable groove, resulting in a rolling sense of tension that doesn’t let up. Hopefully the kind of brash experimentation we’ll be hearing at the main stages in the coming year.

9.0
Facebook Twitter Google+
Italy’s Luca Bacchetti turns in a remix here that deceptively lays a groundwork of sexy tribal house, before proceeding to redefine the term ‘epic’ with the twists and turns of a 10-minute journey that travels to the most euphoric moments of a progressive house party. A gorgeous melodic flourish sweeps the tune into an early crescendo, and it’s used by Bacchetti as a recurring musical motif, wafting away while he takes things deep, before it returns for an epic hands-in-the-air finale. A club record that’s grand, gentle and deep, all at the same time.

7.5
Facebook Twitter Google+
It’s a funny thing that as soon as Jaytech struck out from his long-term home at Anjunabeats to start his Positronic label, he began producing records that were perfectly suited for a storming trance set. Loaded with an irreverent sense of humour, ‘Arrival’ is also positively packed with grunt, and a rumbly bottom end that’s heavy enough to shake up a stadium, with a dash of melody lightening things a little in the breakdown. ‘Arrival’ is the perfect electro/progressive oxymoron; representing the sound of trance in 2014, without being particularly trancey.

8.5
Facebook Twitter Google+
The Finnish duo gives us a sneak peek of their new artist album with this classy slice of electro trance. ‘Let Go’ is a canny vocal record, and while it has a few expected EDM flourishes, it holds back on too much of the excess in exchange for a delicious progressive groove. Super8 &amp; Tab impress with trance that’s melodic, driving and slick, both classy and main stage ready.

9.0
Facebook Twitter Google+
One of the most anthemic cuts off the latest Anjunadeep compilation, Jodi Wisternoff’s new offering ‘Paramour’is a stunning slice of bigroom progressive, as well as testament to his current studio mastery. String arrangements, feather-light melodies and bigroom house grooves are the order of the day, as well as a monumental breakdown that revels in its excess, before the techy aspects are brought to the fore when the drop kicks back in. Deep as the ocean, warm as sunshine and executed with flawless precision.

9.5
Facebook Twitter Google+
Let’s all give a warm welcome to the next generation of noisy dancefloor electro. 2nd Sun’s ‘Shimmer’ EP is the first of several super-hot releases from NYC’s Tessier-Ashpoollabel, and part of a new wave of club music that sees house, progressive, electro and UK bass all mashed together in one exhilarating concoction. The lead record ‘Neglect’ nails this fusion best of all, deceptively techno in its charms initially, before a distorted R&amp;B vocal sample signals the arrival of a shamelessly jackin’ groove. ‘Shimmer’ offers up similar levels of wildness and heavy bass, this time with a glittery sheen of progressive melody. Funky, sexy, noisy all at the same time.

'Straight To Your Heart'

8.0
Facebook Twitter Google+
Scottish gun Grum is clearly so full of ideas this year that he’s already moved on from his hit-packed sophomore album ‘Human Touch’, and is hitting us with this massive new anthem. In theme with his other recent output, ‘Straight To Your Heart’ takes elements of inspiration from dance music’s past – in this case, a big piano riff lifted straight from a 90s rave – which he’s then given his own unique twist. As we’ve come to expect, euphoric and also very interesting.

8.0
Facebook Twitter Google+
Finnish producer Veikka Erkola launches a new alias and label here, and ensures it’s a fine debut indeed, with a smokin’ hot shot of pure electro-progressive that’s loaded with sex appeal. ‘Erconomics’ is groovy and brash, with a big bassline at its core that’s complimented by a beautifully produced swirl of textures and straight-up house percussion. It’s a bigroom record with a certain quirky appeal that suggests Erkola has got something to say.
admin
Facebook Twitter WhatsApp

7.0
Facebook Twitter Google+
While Breame’s original is a quality example of groove-driven electro trance, Soundprank’s remix steps it up a notch with an extra heavy dose of electro grunt. While the predictable melodic elements are largely left intact, it’s that buzzsaw bassline kicking in after the first drop that really packs a punch.

7.5
Facebook Twitter Google+
Two equally fine offerings from the Colorize stable, that deals in electro/progressive on the deeper, darker tip. ‘Dissolving’ on the B-side is the more bassline driven of the two records, while ‘Backbone’ adds a funkier edge to the liquid trance sounds of Clameres.

8.0
Facebook Twitter Google+
Some classic lush, progressive sounds here with this remix from East Cafe that just builds and builds in lush detail and melody, adding texture upon delicate texture until it peaks with a breakdown that pushes it into the realm of deep trance. Gorgeous stuff.

. CHOIR OF YOUNG BELIEVERS ‘Hollow Talk (Jody Wisternoff, James Grant & Lane 8 Remix)’ Anjunadeep “Inspired by the theme of the crime series The Bridge, it was a real pleasure working on this 'Anjunadeep 06' special with Jody and Daniel. We've tried to retain the drama of the original, whilst injecting some groove for the dancefloor.” . KOLLEKTIV TURMSTRASSE ‘Last Day (David August Revision)’ Diynamic “Funky and happy, Canadian Nigel Good’s ninja production values always make his records sparkle more than your average progressive house cut.” 2. VINCENZO FEAT MINAKO ‘Just Like Heaven (Dave DK Remix)’ Anjunadeep “It takes a bold musician to cover an iconic track from The Cure, but Vincenzo does it in style on his forthcoming album. Dave DK offers a mesmeric take on the warm melodies of the original.” 3. PIONAL ‘It’s All Over (Locked Groove Rendition)’ Hivern Discs “Locked Groove works wonders on this, turning out a rendition that manages to be epic and subtle in equal measure.” 4. Gui Boratto ‘Joker’ Kompakt “From his new album on Kompakt, ‘Joker’ is typical of the unique niche Gui Boratto has carved out for himself. Love the piano, timeless stuff!” 6. Dusky ‘Yoohoo’ 17 Steps “Yet another anthem from Nick and Alfie. Powerful groove, ravey piano and an infectious sample — a classic in the making.” 6. Croquet Club ‘Only You Can Tell’ Anjunadeep “Croquet Club has built up a cult following with his first Anjunadeep releases, and is set to breakthrough with gorgeous electronica like this opening track on ‘Anjunadeep 06’." 7. CHRISTIAN PROMMER ‘Marimba (Jon Charnis Remix)’ Compost Records “Awesome remix from Jon Charnis on the ever-reliable Compost Records. The subtle melodic progression and rolling bassline combine perfectly.” 8. MOBY FEAT SKYLAR GREY ‘The Last Day (Chymera Remix)’ Little Idiot “I’ve been a fan of Chymera’s for a long time and he’s turned in another gem here, Skylar Grey’s emotive vocals flow so well over the hypnotic groove.” 10. LANE 8 FEAT SOLOMON GREY ‘Diamonds’ Anjunadeep “A rich arrangement of dark, melancholic melodies blend with a super deep bassline, whilst the epic vocals of Solomon Grey swirl throughout. The latest in a string of winners from Lane 8."
back to top
DJMAG
all sections