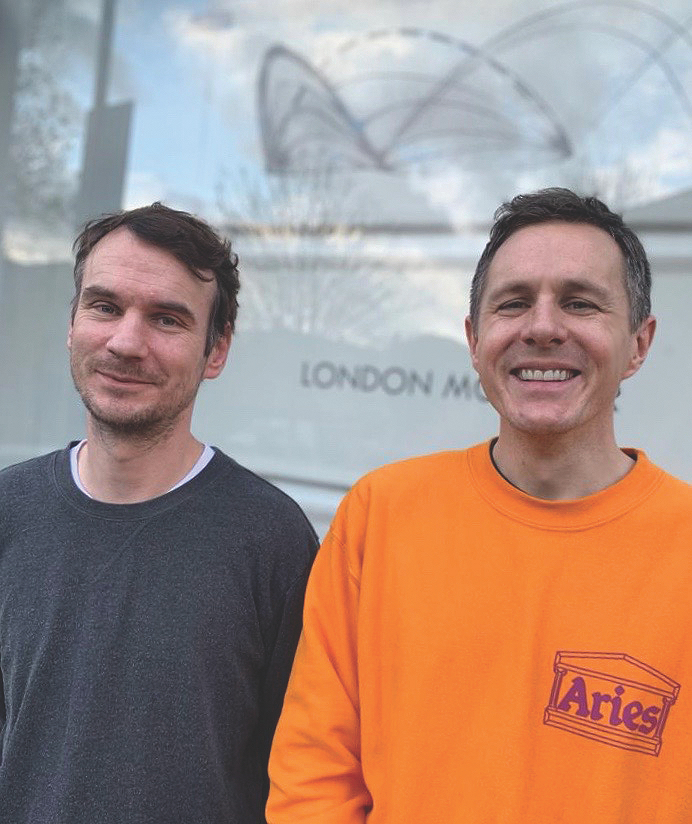 We Are The Mod

9.0
Facebook Twitter Google+
Billy Nasty’s Electrix label is 20 years young, and its first release to toast the occasion is this enormous EP from the deadly electro group. Responsible for some of the most exhilarating dancefloor gear the genre has seen in recent times, here LMA continue the trend, with ‘Concerning Irregular Figures’ all seething synth bass, tight drums and devilish details. If ‘Exit Strategy’ is more abstract, then ‘Glove Box’ is the gem of the release, a creeping acidic cut with reggae soundsystem samples providing the icing on the cake. Assembler Code’s remix does the business too.

'Beats For The Streets EP'

9.0
Facebook Twitter Google+
Those who know will already be watching Credit 00 (Alexander Dorn) like a hawk, after his genre straddling releases on Chiwax, Pinkman and Uncanny Valley. Alighting on electro this time, ‘Let It Roll’ uses a classic old rap sample to great effect, clamping it to speedy beats, waves of sub and a great bleepy b-line. Pure dancefloor dynamite. Also check ‘Electromotive Force’, a freaky arpeggiated thriller that could be from some ’80s video nasty.

Facebook Twitter Google+
Posterior shaking acidic electro with a side order of vocoder, tucked away on an EP of house and techno (‘The Sax Madness EP’).

7.0
Facebook Twitter Google+
The first release on the new Balagan label comes from Brooklyn duo Joonam, who’ve also put out music on the great Cultivated Electronics and Vakant. ‘Dirt Nap’ itself is a dark and raw rhythm with plenty of bass heavy funk, and the remix from the prolific Carl Finlow aka Silicon Scally should ensure it flies out the door. The latter is another minimalist mission that hits in the right places, reserving some acid for the end.

8.0
Facebook Twitter Google+
Le Jeune Flück are a Frankfurt duo kind of in the Factory Floor mode, which is great, but not the remit of this page. However, the remixes here are, providing diverse variations in the electro theme. DJCJ tackles ‘Lies And Deception’, with slamming claps and rides, and arpeggio set to “on”. When the pads come in, it’s like a ray of heavenly light. Norwell turns up the drama on his cosmic mix, Dimitri Veimar makes ‘Transfection’ into a relentless slammer, and ‘OPoint Five Edition (Koloman Trax Remix Dub Mix)’ ends things in beatific dubwise bliss.

8.0
Facebook Twitter Google+
After an excellent EP from DJ Richard, the latest emission from Flexxseal comes from the label boss — Salem, Massachusetts’ Christopher Joseph. The title track is a cavernous and moody track built for dancefloors — but it has the kind of cinematic atmosphere that proves Joseph’s listening tastes are broad. The huge analogue bass sweeps in with astral chords, and you’re hooked. Another electro track, ‘Nothing69’, is a heady one for those lost in the strobe moments.

8.0
Facebook Twitter Google+
Germany’s Dibu-Z lands on Dominance Electricity with a full album, after a star turn on the label’s mammoth ‘Global Surveyor Phase 4’ compilation. ‘Junk DNA’ is stylishly executed stuff, with the mystic space age atmospheres we’ve come to expect from the genre, though Dibu-Z’s great gift is those blasting basslines. Check ‘Metamaterial’ with its lush analogue manoeuvres and crisp drums for a taste.

8.0
Facebook Twitter Google+
Mike Ash is a dedicated soldier on the UK scene, with releases going back 28 years on labels like Jerome Hill’s Super Rhythm Trax, Rising High and No Survivors. His third album for the Bass Agenda label is 12 tracks deep of club-geared beats, cloaked in sci-fi samples and galactic pads. ‘Bubble Over’ has classic ‘Al Naafiysh’ style bass, while the excellent ‘Shattered Void’ really pulls you in with its minimalist funk and drifting chords. Electro in the classic mode, made with a great deal of style.

8.0
Facebook Twitter Google+
Attentive DJs and listeners will know Kreggo from his breakbeat hardcore tilted material and Secret Rave label, but as the ‘New Age’ EP proves, he’s got more tricks up his sleeve. Electro wise, head directly for ‘G00n’, a subtle, strange track with intricate woody percussion, weird synth loops that Aphex Twin would happily claim as his own, and laser blasts running through it. Beyond the cosmic jungle of the title track, another tune, ‘Hey Moon’, is an effective electro/IDM hybrid with echoing keys.
Ben Murphy
Facebook Twitter WhatsApp

'Self No-Self I – Path Of Deviation'

1. Drexciya 'Dr. Blowfin's Black Storm Stabilizing Spheres' Tresor "One of my all time favourite tracks. Eerie, deep, funky and technical." 2. Dopplereffekt 'Superior Race' International Deejay Gigolo "Minimalistic and menacing. I loved it from the first time I heard it and will continue to love it — this is one of my desert island tracks." 3. The Advent 'True Combo' Kombination Research "Huge fan of The Advent for years, since I first became a DJ." 4. KARENN 'Strawbs' VOAM "Head banger. I love the pace and the drive of this one. Intense and punishing." 5. Techmarine Bottom Feeders 'We Cannot Help You (The Exaltics Remix)' EPM Music "Creepy and sexy, is that possible? No doubt, an electro master at work lending his skill to reshape and deliver a killer remix." 6. Korsakow 'Mission: Elevator' Forms & Figures "Has that old school-ness that I love. I wish there were some vocal on it though… Melle Mel!" 7. Negroni Nails 'White Matter' Klakson "Reminds me of gigging in Detroit at the Motor Lounge. Wet and sweat." 8. Techmarine Bottom Feeders 'A Quagmire Of Confusion (Aux 88 Remix)' EPM Music "A dope remix from Detroit electro legends Aux 88. Futuristic dancefloor funk." 9. The Exaltics & Paris The Black FU 'The Troublemaker' Solar One "Really not much to say here. Dope beat, words that fit and apply to our current situation." 10. Chris Davis 'Travelling Light' Electronic Emergencies "I love the cinematic feel and mood of this one. Not what I’d play out, but would rather listen to it being played out."
back to top
DJMAG
all sections