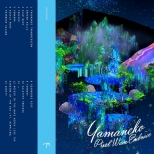 9.0
Facebook Twitter Google+
As bubbling as this whole Boxed orbiting instrumental grime thing is right now, I don’t think there’s been a producer who’s come through with such a strangely rounded vision as Yamaneko has. Not trying to chase anything, the Londoner’s debut tape for Local Action is 13 tracks long; an under-confident blend of meek spiralling melodies, beautiful crying computers and smoothed out textural intricacy that ultimately feels like one guy’s pretty personal approach politely paying dividends.

7.5
Facebook Twitter Google+
I'm really starting to like this new, all-confusing FaltyDL and his completely unpronounceable EP that follows in the wake of 'In the Wild', his most intriguing album to date. But then I also like Grand Designs binges, intentionally illusive poetry and reading books about plague pits, so perhaps I’m actually his target audience? Loaded with guest remixes the EP includes an astutely ‘Bruk’ mix of ‘Do Me’ alongside three sort of bizarre ambient pieces.

'All Because the Lady Loves'

7.5
Facebook Twitter Google+
‘Hotel’ might already be an anthem in some circles but if you listen just right, there’s an actual glory to the formula of DJ Milktray’s music contained on his debut EP for Astral Black. Hard, heavy kicks hit primed on the first bar whilst the follow-up comes loaded with melody, creating himself space and a tangible contrast. Thankfully, the R. Kelly cut-up isn’t the lad's only trick, though ‘Lilbit’ does somewhat mimic ‘Hotel’s pattern.

7.0
Facebook Twitter Google+
I respect producers whose work keeps you guessing; those dudes who seem to like to try and wrong-foot you at every possible integer. Kloke is very much one of those guys and his new 12” for Sub Squared manages to twist itself in five very distinct and different ways. A four-part ambient drone piece? Check. Raspy bass-heavy techno that doesn’t give in all hope and draw to butcher the Amen break for no particular reason? Check, thank fuck.

9.0
Facebook Twitter Google+
Mate, I beg you call one of your tunes ‘Tape Grunge Rave’ and then task yourself to use only sounds that end up making the title feel as onomatopoeic as humanly possible. If I’m honest, I hadn’t really realised I’d missed The Cyclist, at all, but 'Flourish', his seven-track LP on All City, brought back all the same shivers as when I first heard 'Bones In Motion'. Some fucking perfect, gritty techno. Tip!

9.0
Facebook Twitter Google+
I said it the first time I heard it and I’ll say it again: ‘Cold Grip’ feels like Bloom’s taken this whole industrial grime thing way too far. Like, bro, there’s fully no turning back now. I don’t know how you could even match the depth of the 'Hydraulics' EP’s caverns, let alone work to beat it. Still, it’s nice to know the lad hasn’t just been sitting around painting watercolours for the last 18 months...

6.0
Facebook Twitter Google+
Life’s weird, eh? Sometimes the partnership you’d have bet money on to deliver something properly exceptional shoots and just misses the mark. Hell, it’s not like there aren’t a bunch of things to love about Acre’s new 'Icons' EP — the awkward bass decay on ‘Reload’ or the bumbling percussion on ‘Icon’ certainly undermine aspects of my argument — but for some reason the music feels like it’s constantly testing you, teasing you to see just how far you’ll bend.

8.5
Facebook Twitter Google+
Honestly, the Chicagoan producer Taskforce’s music sounds like it was purpose made to be remixed by Nguzunguzu. I don’t mean that as the cuss it comes off as, it’s just that Taskforce’s cuts are built from the same sort of brutal steely architecture, so the building blocks are all there already. ‘Domain Awareness System’ and ‘Club Tool’ are prime soundsystem monsters — theres no nervousness and no niceties, just big hard blown-out thunder, purpose-built for impact.

7.0
Facebook Twitter Google+
Crackazat’s music works for me because it never tries to hide what it wants to be. It’s purely an infectious blend of driving, layered, melody-rich dance music that in the case of ‘Somewhere Else’ sounds a little bit like a 4/4 version of that moment when Dorian Concept took off his shoe onstage and used it, along with his face, to play his microKORG to the braying hordes of punters at Sonar; hand grenades and all.

9.5
Facebook Twitter Google+
It took a little while for the momentum to build behind Boratto’s return to the spotlight, though by the time he was unleashing ‘The Joker’ to a massive crowd at Kompakt’sparty at Amsterdam Dance Event (ADE), its dancefloor power had become known to many; even Above &amp; Beyondwho aired it to tens millions at their ABGT100 broadcast at Madison Square Gardens. Boratto talks of a ‘movement’ in underground house where melody is being embraced once again, and with harmony always being his calling card, this was the perfect record to return him to the zeitgeist. One of the year’s best anthemic records.

8.0
Facebook Twitter Google+
Full disclosure, I’ve invested money in backing this EP from the Brixton-based producer, B£AMS, but his patchwork of off-kilter weirdo jams has long enchanted me. From drones, to beat work and longer explorations in 4/4, it’s something bravely unique.
admin
Facebook Twitter WhatsApp

7.0
Facebook Twitter Google+
A Taut Line returns to Diskotopia with a pair of typically skewed weapons that manage to transpose a few of the current dancefloor tropes with heavy, woody kick-drums and the kind of inventive sampling that always sets the project apart.

6.5
Facebook Twitter Google+
After a bit of a pregnant hiatus the Welsh producer Ifan Dafydd returns with ‘Eclipse’, a single-track drop on Push &amp; Run that’s probably best described as a slice of supple, jazzy house that takes more cues from Skalpel than his old housemates.

1. Wen 'She Giv' Unreleased "Emotional and brilliant tune from one of the UK's finest." 2. Etch 'The Serpent and The Rainbow' Unreleased "Etch is definitely on a roll. This is a firm favourite." 3. Beneath 'Freeze' Unreleased "One of my favourite producers; always pushing the boundaries." 4. Logos 'Glass (Test Tone)' Unreleased "I don't know many who get minimalism better than Logos..." 5. Batu 'Numen' Unreleased "Stripped back and raw, the basic essentials keep this rolling." 6. Gantz 'Spooky Action From A Distance' Unreleased "I don't think anybody can amaze me like Gantz does..." 7. Mumdance & Logos 'Reece Club Tool' Unreleased "Honestly, the beats these two make together are some of the best I've ever heard." 8. EPOCH 'Ville' Unreleased "Epoch is just a unique producer, there aren't many that even come close." 9. HODGE & FACTA 'Spheres of Costa Rica' Tempa "It's impossible to not dance to this beat." 10. Alex Coulton 'Ground Zero' Unreleased "Sparseness at its absolute threshold, done perfectly."
back to top
DJMAG
all sections