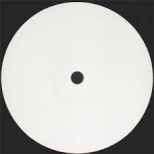 9.0
Facebook Twitter Google+
When speaking to Gobstopper boss, Mr Mitch, for my Quietus column recently he mentioned that he thought the music of Mattwizard would surprise some people, being as it is, this hybrid of pure '80s boogie and grime temperament. Wizard’s four-track 'Mathematical EP' plays out more like big room transcendent computerised funk at 140 bpm though; sounding simultaneously like skweee music re-formatted for London dances and what you’d secretly hoped that Joker and Swindle collaboration would sound like.

9.0
Facebook Twitter Google+
I love how obvious it is on ‘Afric’ that The Maghreban is a space echo obsessed hip-hop producer fooling around at creating something at a house tempo. I love how the whole thing is completely and utterly focused on the sound of clattering drums vying for your attention, with several overlapping lines of percussion that shouldn’t ever really work together carving out a hard and wayward groove through all those protracted delays too. I just love drum tracks, me.

7.0
Facebook Twitter Google+
What’s patently obvious about AKKA’s debut release on Rwina, is that the maker’s taste has gone so far before him. As a label boss he’s uncovered super talents like Jameszoo and Titts, and gotten heavyweight albums out of Desto and EPROM (who features on ‘Spatial Scale’, the 'Amazigh EP’s highlight) so it’s a pretty welcome thing to hear the hard rolling kicks of his favoured rap swagger throughout, though he’s definitely a bit more pensive than some of his signings.

8.5
Facebook Twitter Google+
Lone’s Magicwire imprint splutters back into action with a fantastically colourful 6 track EP from the Maryland native, Lance Neptune. He proves to be a very fitting signing, considering that Neptune, a lot like Lone, tends to paint with big colourful daubs of synthesized chords, opting to let them drive the mood whilst he toys with 2-step rhythms underneath. In places (on ‘N4’ in particular) it’s got that early Hessle Audio swing to it, which can’t be a bad thing.

6.0
Facebook Twitter Google+
When I first saw it I thought to myself “Bruv! ‘Chorus Memory’ is a great name for an EP”. It evokes all those half-remembered songs from years gone by and implies the autonomous retention of melody that is one of the most fascinating things about the human brain. Will Ward’s EP for Audio Doughnuts, that bears that emphatic title, is also eerily apt as a reference to how much it sounds like a lot of other people.

6.5
Facebook Twitter Google+
For all its skipping subtlety there’s something a little devoid in the three tracks on offer on Rob Clouth’s debut outing for Berlin’s Leisure System. At the halfway point of ‘Islands of Glass’, his swamped synth bowels and ticky percussion drops, and it makes most sense as the crescendo he’s been meticulously building up to. But elsewhere the material is a little reminiscent of Morris Cowan without showing anywhere near Cowan’s excitable ear for melody.

8.0
Facebook Twitter Google+
I dunno if it’s selling Chesslo Junior’s past short to immediately note that his six-track 'Long Hum EP', his first for Kelpe’s Drut label — is so obviously the most rounded and realised thing he’s presented to date — so I won’t dwell on that point. But what is very obvious is how well the EP is structured; a mash of beats, sonic experiments and discordant swells pushing up past hip-hop and on into house tempos.

7.0
Facebook Twitter Google+
There's something so pure and direct about the way ‘Missing You’ is built; like, you can actually hear the simplicity of it all in the way Bob WNCL has massaged that main sample so that his breakbeats splatter out on top of it. That’s not to say it doesn’t bump — like the rest of the EP it jacks quite purposefully and might well prove to be the sound of WNCL relaxing into the sun-dappled porches of summer.

6.5
Facebook Twitter Google+
I don’t really know why the Blankstairs crew are so keen on stressing the point that Belgian producer LBNHRX’s music is “100% hardware” in their press materials — I’ve never bought into something because it was proclaimed “100% Fruity Loops” — but niggling descriptions aside, it’s actually a collection of three thunder chunky techno-ish productions. Thankfully the tunes explain themselves much better in person, unfurling their drum lines and synth swirls quite provocatively, especially on ‘Their Goals’.

6.5
Facebook Twitter Google+
Striking whilst their reincarnated label iron is hot, Iberian deliver their fourth 'Tax Haven EP' which compiles a track each from Geiom, Noaipre, Pacheko and Klipar (with double that on the digital), of which Noaipre’s Streetfighter-sampling ‘Yoga Fire’ is the gully highlight.

7.5
Facebook Twitter Google+
The Austrian producer IZC has been on the scene a lot longer than is at first apparent, reportedly toiling away in his Vienna home for a couple of decades now. But his 'Zig Zag EP' for the disko404 label sounds very much where a lot of producers are at currently — or to be a bit more transparent: one track Detroit tech, one track minor strung grime and one track reinforced, toughened funky. ‘Quizzical’ is the tip though.
admin
Facebook Twitter WhatsApp

8.0
Facebook Twitter Google+
The second EP drop from Bambooman on my own Sonic Router label presents a real array of approaches from the Leeds producer, who sounds more and more like he’s growing into the brittle sound palette he’s cultivated for himself.

7.0
Facebook Twitter Google+
Pulling no punches with his return, the mysterious double triangle man hits out with his second 12” on Fourth Wave, featuring two pretty straightforward cuts; one fast and strong and one detuned and mellow, as if he found Lone’s synth patch.

1. EPROM 'Pusher' Unreleased "People always ask about this tune whenever I play it out because it doesn’t sound like EPROM at all." 2. Titts 'Raccoon' Rwina "It’s the best of all worlds in one track: some hard-hitting and super weird club music." 3. KRAMPFHAFT 'Dormant Code' Rwina "Krampfie went in on this one; strange dark textures. The drop kills it every time." 4. Titts 'Woef' Rwina "Awkward and cheesy but in the best way possible." 5. CLAUDE VONSTROKE 'Plasma Jelly (EPROM Remix)' Dirtybird "This remix is out of control, it drops so hard in a good way." 6. Desto 'Ammunition' Rwina "The drums are so sick in this one. The crowd response to it is a lot." 7. NASTYNASTY 'Colgrave' Rwina "This dude is holding it down for the Bay Area, some dark and vicious analogue trickery on this one." 8. KRAMPFHAFT 'Before We Leave' Rwina "I remember hearing this tune for the first time; I got goosebumps and tears." 9. EPROM 'Center of the Sun VIP' Rwina "This flip is out of control, it’s got this new and bouncy melody on top of it and the drums are even more out there than in the original." 10. Akka 'Eye of Zohra' Rwina "A dramatic tune with loads of field recordings to give it more of an organic feel."
back to top
DJMAG
all sections