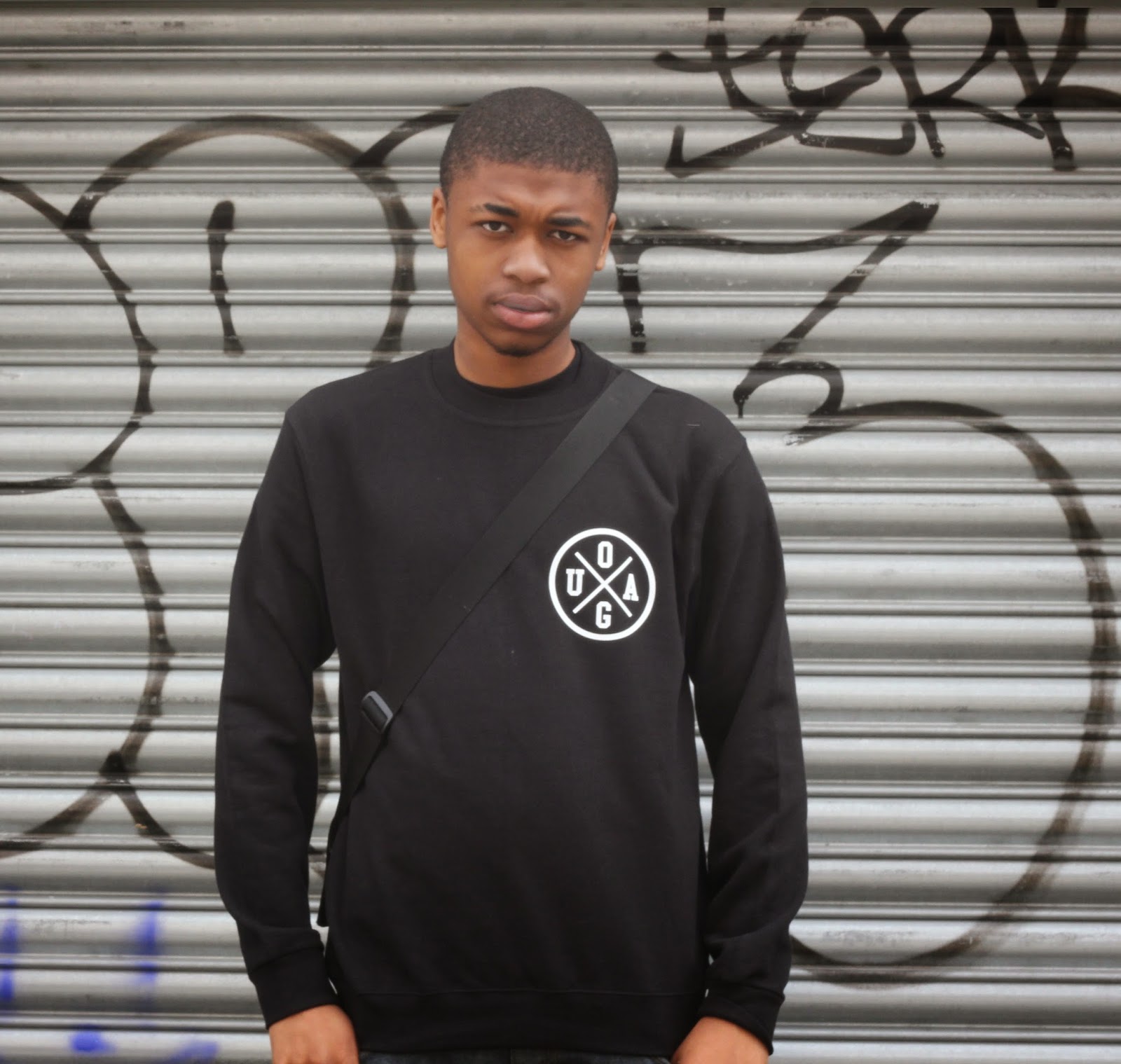 9.5
Facebook Twitter Google+
With a beat so Eski-sounding it’s mad that it’s not a Wiley production (it’s the icy-cold work of Teeza, presumably sampling ‘Fire Hydrant’), the aforementioned MC's little bro’s ‘Roman’ is an epic throwback to the early grime sound. Named after Bow’s Roman Road, where he grew up, Cadell employs some deft lyricism - when you hear a tune that could easily be a ‘Creeper’ offcut, you’re in for a good time. Fire through and through.

7.0
Facebook Twitter Google+
Having already been tipped by some of the greats (Stormzy, Bugzy Malone), Northampton MC Izzie Gibbs puts his best foot forward with this six-tracker; a welcome return that has him adopting a sound that’ll surely position him on the global stage, taking trap stylings, bullet-riddled bars and sung choruses to club-ready heights. It might not be grime at its most authentic, but it’s a natural product of the genre branching out into new territories.

6.0
Facebook Twitter Google+
You can count on West London’s Big Zuu to bring the energy. The larger-than-life MC brings as much grit to his music as he does jokes, but on ‘B.I.G’ he’s making more melodic moves than we’ve seen in the past from him, holding down a sung chorus before tumbling into a rapid-fire verse. It’s not the best we’ve seen from Zuu, but is surely the start of even bigger things to come.

8.0
Facebook Twitter Google+
Linking up with famed dancehall MC Irah, ‘Bodybag’ sees Flowdan living up to his name and going for gold over a no-nonsense, knotty beat courtesy of Masro. Though the MC has earned his stripes over the years, most notably for his collaborations with The Bug and stints in Roll Deep and Pay As You Go Cartel, he’s showing no sign of slowing down, as the launch of his new, exciting label Spentshell will attest to.

'Clash Of The Titans'

8.0
Facebook Twitter Google+
Mr. 0161, the King of the North, is back - on ‘Clash Of The Titans’, Manchester MC Bugzy goes bar for bar, translating his love for video games into an epic visual with Street Fighter/Mortal Komat vibes that sees Bugzy taking on himself. Possibly the most in-demand grime producer out there, Sir Spyro, has contributed a beat that’s aimed at the heads - the perfect bed for Bugzy’s meta lyricism (“In fact I think this one’s so cold we should call it ‘Clash of the Titans’).

Facebook Twitter Google+
“You see Ambush on this infectious instrumental, it literally just goes off first time I heard it.”

9.0
Facebook Twitter Google+
It’s great to see such an instrumental gem get vocalled - ‘Mushrooms’, the addictive, wheezing Syer B production that’s gone a long way in underground circles, sees Dagenham pair Syer and Devlin spar on top of it. Plucked from their collaborative EP, ‘Something In The Water’, grime fans both old and new should be able to appreciate this pairing of two real OGs.

8.5
Facebook Twitter Google+
Inspired by a recent trip to Nigeria where Skepta was awarded a chieftaincy in his parents home of Ogun, ‘Pure Water’ is likely a nod to the name of the drinking water sold there. The refrain “row row row your boat” will be instantly recognisable to anyone au fait with old Roll Deep number ‘Heat It Up’, and Skeppy on production - that low, jumpy bass - is always a cause for celebration. Lock in and get drenched.

8.5
Facebook Twitter Google+
One of 2018’s biggest and brightest talents, Yizzy continues to make his ascent to the very top. ‘S.O.S’ (standing for ‘save our sound’) is yet another jewel in his crown, with the Lewisham MC swerving the kinds of Afrobeats or trap that many of his peers are choosing, instead staying true to grime’s sonics. With an array of legendary beatmakers like Terror Danjah, Treble Clef and Swifta Beater on the buttons, Yizzy is an example of the next gen reaching the elders.

7.0
Facebook Twitter Google+
In-between all his appearances as a weatherman on Good Morning Britain, it’s a wonder that Narstie has any time to make new music. Having been elevated to a figure of cultural importance in the UK, his forthcoming album sees collaborations with his mate Ed Sheeran, so you might expect a more pop-leaning sound, but the Heavytrackerz-produced ‘Woah’ is a nice first taste of what’s coming. GAS.
Felicity Martin
Facebook Twitter WhatsApp

7.0
Facebook Twitter Google+
Prez on a feature is always unmissable - and these two have linked up previously (on ‘Mental’) - ‘Lights’ is a more low-key offering, but the greatest to ever touch down goes in with some “I was like…” greatness.

7.5
Facebook Twitter Google+
Experimental Planet Mu producer Sami Baha has always sat on the fringes of grime, and ‘Discreet’ (taken from his forthcoming LP) is an instrumental at its most glacial - buoyed up by 67 member Dimzy on mic.

8.0
Facebook Twitter Google+
Instrumental hero Terror Danjah gets weird and wonderful on this outside-the-box set of four weapons that see him swinging between R&G and jazzy synth noodling. Lovely stuff. 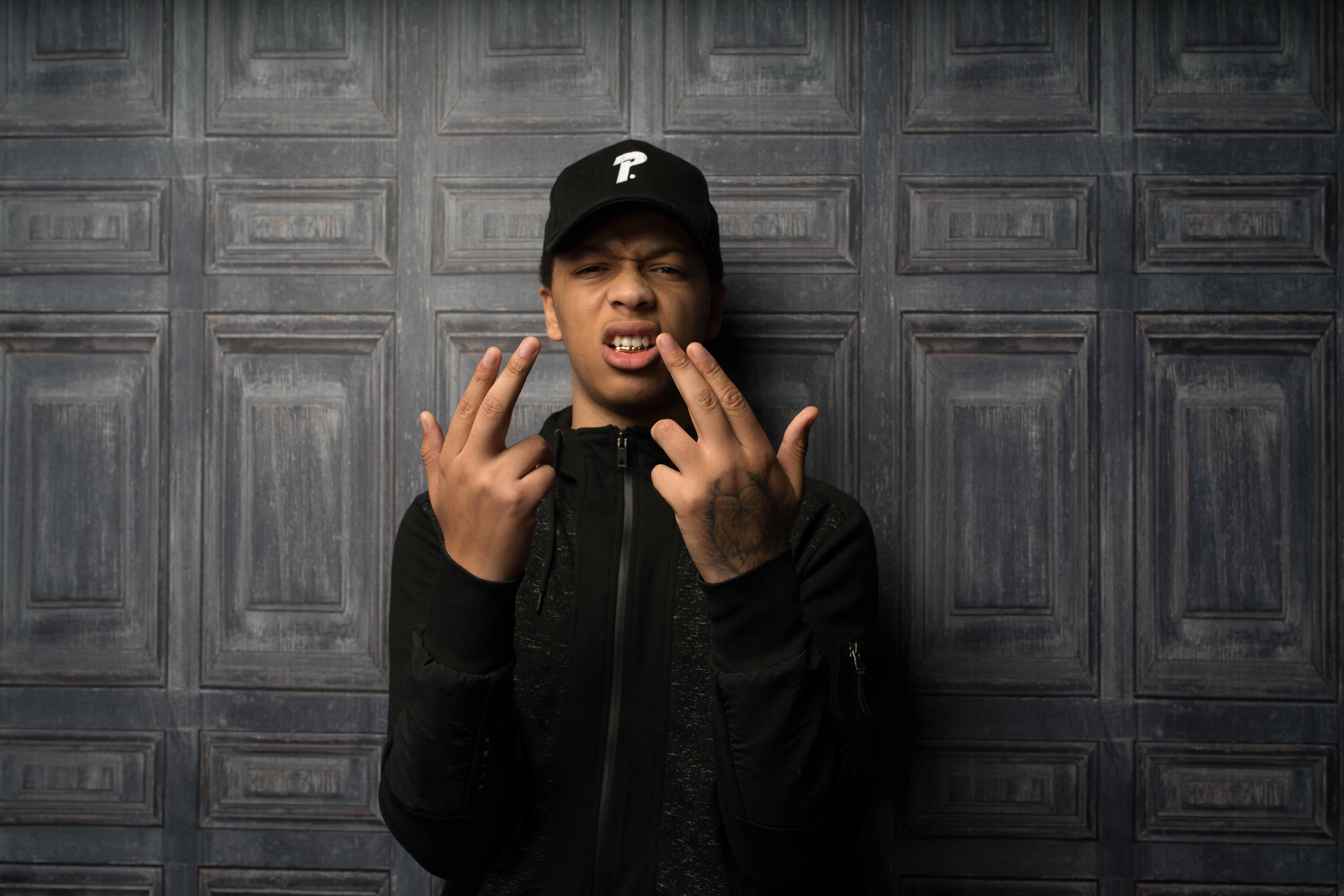 1. Dizmack Naughty Dice Recordings “This tune shouldn’t be overlooked, I streamed this one so much when it came out. Hard hitting lyrics and flows.” 2. Big Narstie Woah Dice Recordings “This tune just shows why Big Narstie is a grime legend with a catchy hook and wavy lyrics, you can’t go wrong with this one.” 3. Skepta Pure Water Boy Better Know “It’s so sick to hear Skepta hungry again, like the way he spits on this one is not a joke, patterns are hard.” 4. Izzie Gibbs OK Dice Recordings “I released this one not long ago and it absolutely took off. People love seeing me do something that’s a bit outside my comfort zone.” 5. Asco So Litt Since 93 “I’ve been banging this tune a lot still, the wavy lyrics and cold visuals made this one for me.” 6. Suspect The Tour Bus Rinse “So cold this one, very very cold. Suspect has his own unique style which nobody is doing like him right now. He’s defo one to watch.” 8. 140Aks Sour Tsunami Self-released “140Aks is gonna shock a lot of people with his releases to come but this track for me was very special - the way he performs on this track you can tell he is not playing no games.” 9. 6IXVI Spinners Self-released “This is taken off his tape ‘Chosen’, I enjoy the flow on this one and the riddim of choice was perfect.” 10. Yxng Bane Vroom Disturbing London Records “I like the way Bane flexed on this one - he fully hit this one with energy and I feel the sonics in the hook are just too cold which makes the song an instant banger.”
back to top
DJMAG
all sections