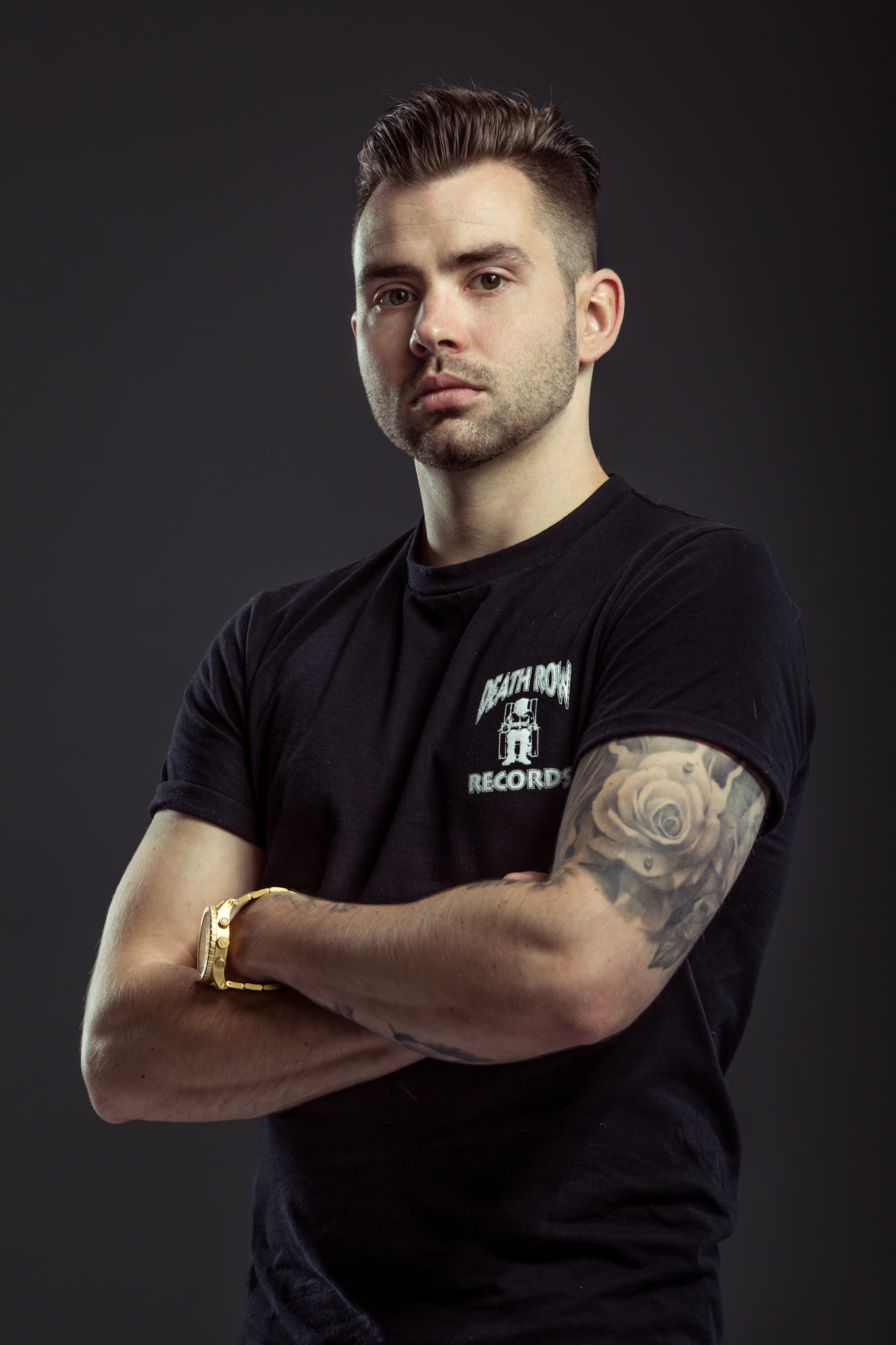 The Chosen Ones III

9.5
Facebook Twitter Google+
Deadly Guns is one of the most exciting acts to break into headline status in the hardcore scene in recent years. His productions are of the highest quality, focused firmly on energetic dancefloor music. 'The Chosen Ones III' is track one of his latest double CD album, and exemplifies the DG sound. High BPMs and a plethora of rapid fire crunchy kick drums all make this one for the harder side of the scene, but that's contrasted by an epic catchy melody. This will surely find a wider audience, as many of his tracks in the past have also. A great track from a great album.

Facebook Twitter Google+
"This one has completely turned my head, and I've fallen in love with some 200BPM madness — amazing melodies, but crucially when it kicks, it still sounds incredible."

Facebook Twitter Google+
"Loved doing this remix for Garuda — epic vocals and Ashley and Darude’s melody made it easy to transform into my style of tune."

9.0
Facebook Twitter Google+
OK, honestly, this is going to be a polarising track. Dutch freestyle couple Potato & Adrelina have made a hardstyle cover of the iconic '80s hit from Toto! The first break teases the unmistakable chords, before dropping to a quirky screech and kick section, then deconstructing into the main break. Here, the chords elaborate into a full rendition of the chorus, followed by the melody ripping through with a hardstyle lead. The tempo then double times on the build to get back to 150BPM, before dropping with the previous kick drum and melody. This track is going to be Marmite. I love fun remixes and the original of this track, so I love what they have done here.

8.0
Facebook Twitter Google+
This one rides the line between hardstyle and trap, with dancehall style vocals courtesy of Don Kino and a quirky four-four kick drum drop with screech horn patterns aplenty. Without a doubt, this one is going to pick up heavy plays on either side of the genre fence.

8.5
Facebook Twitter Google+
I feel Caine has really refined his sound over the past year. He still maintains the raw edge that brought him to the party, but there is a certain style and swagger in his recent productions that is hard to put into words, but for me elevated him from the pack. 'Chunky', as the name suggests, has a solid, head nodding, trap influenced break, with pitches, looped rap samples and rapid fire 808 percussion. This builds, before a clean drop into a brutal kick drum. The track evolves further with sinister melodies, while all the time holding a steady groove with the percussion, even through the sections where the kick relents. A great track for the harder dancefloors.

9.0
Facebook Twitter Google+
An awesome collaboration between Italian hardcore DJ Mad Dog and MC Dave Revan. Serving as somewhat of an anthem for the label Dog Fight, 'Dogfighter' is a real fusion of sounds, taking heavy influence from Revan's rock background, with metal guitars and live drum samples in the first break. This is followed by a tear-out kick drum section leading to the main break, where the mood is lifted with an angelic melody, turning the latter half of the track into a more emotional, euphoric affair.

8.5
Facebook Twitter Google+
A collaboration between two already respected but still rising names in the hardstyle scene. 'How It’s Done' offers a powerful kick and reverse bass in the mid intro section (an arrangement style sadly overlooked these days), before dropping to the main break. Here we are met with a beautiful female vocal and uplifting melody, before dropping to a more traditional pitched kick — but there's a really cool, ‘boxy’ raw edge, giving it a fresh contrast while still continuing the euphoric theme.

Facebook Twitter Google+
Interesting fact — the original version of this track was not only hugely influential within the early hardstyle scene, but it’s been credited by many EDM producers as being inspirational in developing the ‘dirty Dutch’ house sound. This 2019 remix keeps all the elements intact with a minimal approach, quirky LFO synth and bass. A great update, not changing what makes the original so revered, but bringing it to the current day with modern production.

7.5
Facebook Twitter Google+
The Scottish hardcore legend returns with another release on his high output label Evolution Records. This time, it’s a remix of 'Wakey Wakey' by Johnny El. This is the quintessential happy hardcore track this month — it’s fun, it’s light, it’s bouncy, the melody bubbles along with the joyous progression of the kick and bass, and this is all topped off with a quirky drop vocal. If you want something friendly to keep the dancefloor moving in between big vocal tracks, this one is ideal.
John Kutski
Facebook Twitter WhatsApp

7.0
Facebook Twitter Google+
Sometimes I think I know raw hardstyle, then I check out a Jason Payne set to remind myself just how hard this sub genre can go. Like his DJ sets, this production is high BPM and brutally hard, with no forgiving elements. This isn’t meant to entice new people, this one is for the purists.

8.0
Facebook Twitter Google+
One of the longtime warriors of the underground UK rave scene, The Teknoist returns with a new break laden EP, filled with rapid fire loop edits and intricate drum arrangements. The attention to detail in this genre is what always blows me away, and this guy is consistently in the top echelon of producers in this sound. 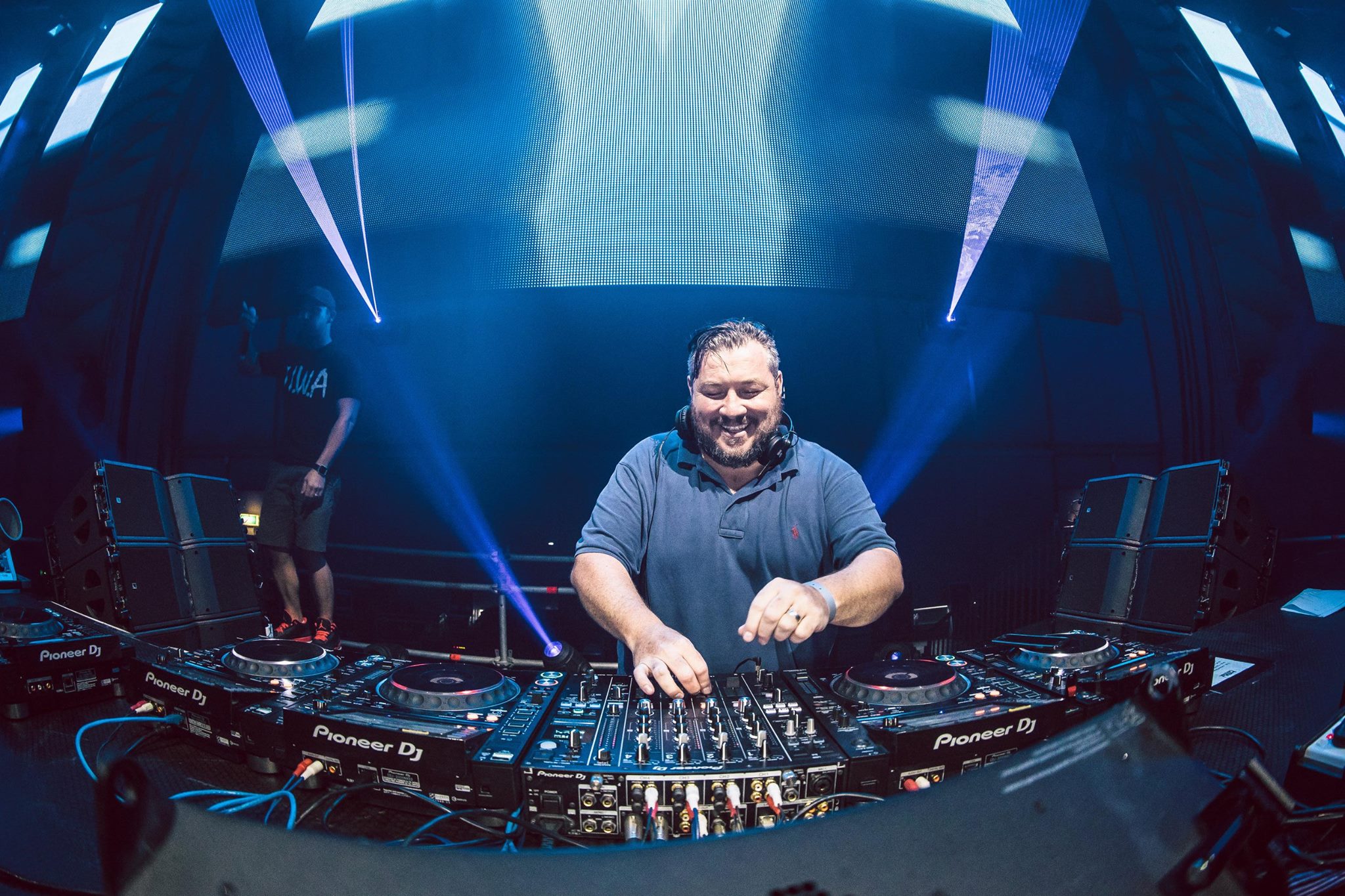 1. StoneBank feat EMEL 'Ripped To Pieces (2019 Edit)' Monster Cat "An update on a Stonebank classic. Keeps that most epic of riffs and beautiful vocals the same, but with longer and more chilled string breakdowns than the original." 2. Darren Styles & Toneshifterz 'Wasted' Electric Fox "Killer of a track, with a catchy hook vocal and lead break down into a full hard psy-trance bass drop." 3. Mack Wolf 'Hit 'Em Like This' One Seventy Recordings "Genius of a tune — drops with a riff that is unique, but importantly retains a memorable melody." 4. Callum Higby 'Bad Neighbour' *TBC "Builds up to a drop with an entirely mad every other kick bass rhythm, that gives this one its distinctive flavour." 5. Klubfiller 'I Need Somebody' Klubbed UP "Been in my set for a while — a bouncy monster with a standout vocal, cleverly placed to fit over the top of the classic melody and riff." 7. Brennan Heart & Code Black 'Broken (feat Jonathan Mendelsohn)' We R "I’ve got a 170BPM mix of this that Code Black sent, that has amazing Raverbaby feels on the drums/off stab. I’ve done a cheeky edit so the vocals come in again." 9. Adrenalize 'Tomorrow (Hixxy Remix)' *TBC "Really hard to change too much on such a huge tune, but I think I’ve managed to put my twist on this hardstyle anthem." 10. Sunset Bros vs’ Mark McCabe 'I’m Feeling It (In The Air) (Hixxy Remix)' AATW "Done a quick remix of this for a clubland show, and I'm really happy with how it goes down. Can’t go far wrong with such a huge vocal."
back to top
DJMAG
all sections