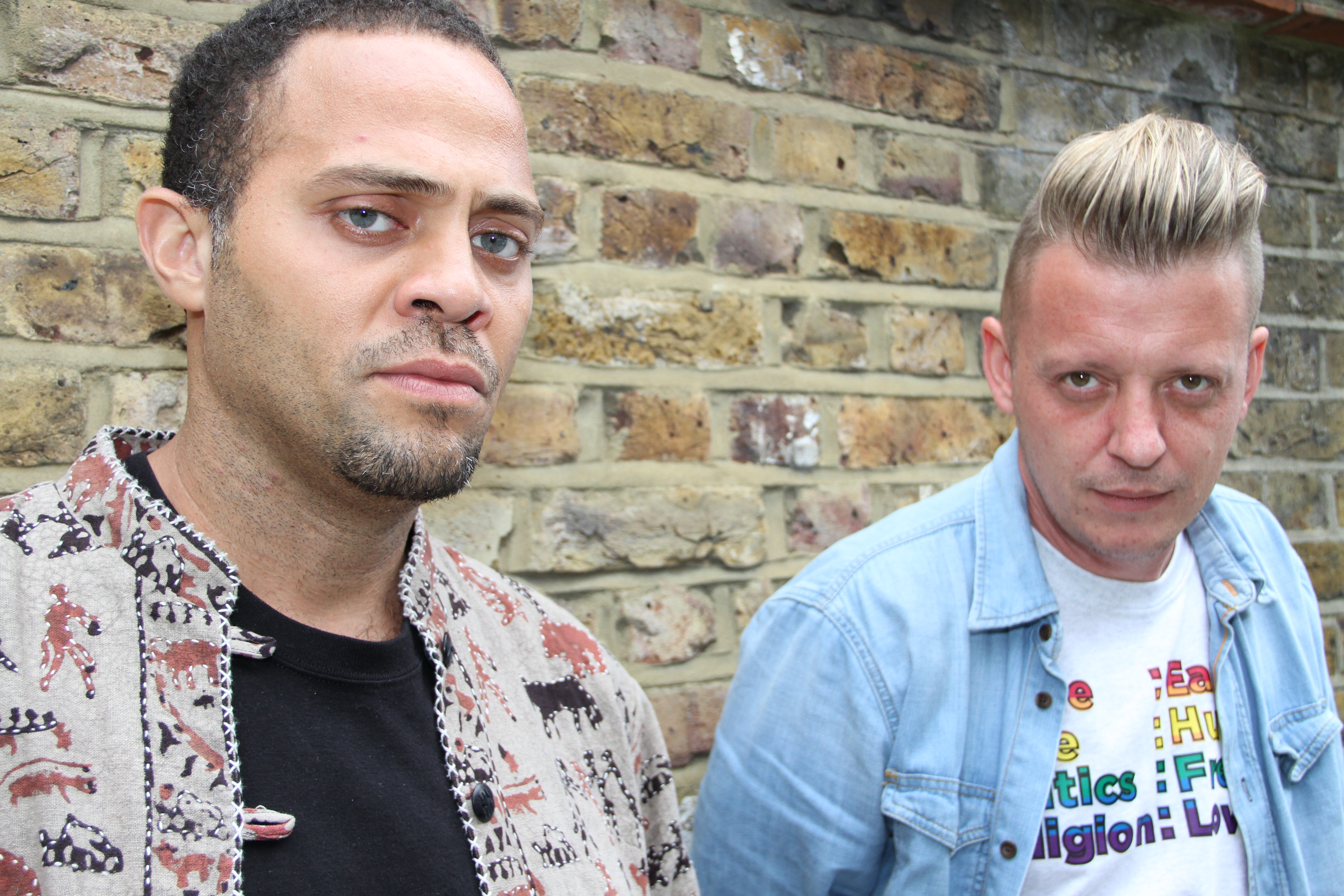 9.0
Facebook Twitter Google+
One of the highlights from the utterly scintillating 'Code Switchin'' EP gets pulled from the pile and released digitally (as well as on spankingly gorgeous vinyl) and oh, let's cling on to summer a little longer with its sunkissed grooves, gorgeously lush Coup-style soul textures and thrillingly righteous rhetoric. Attacking hierarchies of all kinds, pulling a real sense of pride from standing outside of the corrupt games now swallowing politics and music alike, what's always so gratifying about MW's work is that mix between Malik Ameer's light-speed scalpel-sharp rhymes and ThatManMonkz' unerring ability to find beats and loops that give Ameer the space and the punch that he needs. If you've not got 'Code Switchin'' yet consider it an essential part of your exit-pass from 2017. Superb.

8.5
Facebook Twitter Google+
The lead-off single from OME's new album 'Brick Body Kids Still Daydream' is a sublimely reflective slice of nostalgia with none of the comfort or security that term implies, rather Mike seems all too aware of the actual pain of true nostalgia, the horrifying moment when you snap back from an immersive memory into the harsh present. Couched in radiant keys and simple minimal beats, Mike takes us on a journey where he and his friends go searching for a radio in a moment of total media-deprivation. It's a deeply suggestive and enormously moving track and it isn't even the best thing off the new album. Mike, like MMG, continues to absorb and progress every time he drops. Essential.

8.0
Facebook Twitter Google+
Suddenly from out of nowhere the master returns! Had no forewarning that Ty was on his way back — in fact, when you realise how long ago his last drop was (2010) you realise it might be an idea to send out word that anyone who's not heard 2006's 'Upward' should consider themselves unschooled in British music at its best. This is a glorious celebration of Ty's home that manages somehow to match Roger Robinson's unforgettable 'Dis Side Ah Town' in terms of being both moving, thoughtful, observant and still thrilling about SW9. Great to have Ty back and can't wait for the full-length 'A Work Of Heart' LP that will soon drop.

8.0
Facebook Twitter Google+
Son Of Sam are a live band who play hip-hop beats and loops, and on their new album 'Cinder Hill' they've created an absolute monster by sending their beats out to likely likeminds and finding a riot of talent to spit bars over their smoking grooves — including  J-Live, Sadat X, Guilty Simpson, Prince Po, Quelle Chris and John Robinson. This teaser sees legends Masta Ace and Large Professor spitting over a stunningly recreated grainy funk-soul wondrousness. You can hear the hand of Tom Caruana (you'll know him from his Beatles/Wu-Tang mash-ups as well as work with MF Doom) in the mix as well, lending the whole thing a radiant minimal charm that's unmistakeable. Strap in cos 'Cinder Hill' is boss.

8.5
Facebook Twitter Google+
Antiheroes are Lee Scott and Salar, this track is produced by Farma G and yes, that coterie of oddballs should tell you that it's an unhinged classic. This is possibly as far-out fucked as Lee has got since the days of 'Tourettes Camp' — Farma laces some slo-mo psychedelic grooves with some exquisitely fucked up tempo-drops and icey strangeness, while Scott and Salar appear to be monged out on Fentalyn and gurgling gibberish-gospel like they've seen the light in the sirens of the Black Maria that's come to take them away. It's a strange tune but a totally compelling one. Oh please let's get a full-length from these guys soon. Stupendously good.

7.0
Facebook Twitter Google+
Brand new heat from the ever-reliable TMO, here joined by two brilliant spitters, Black Josh dropping some customary brilliance and a new voice to me, TrueMendous, bringing some real female venom and verve to proceedings. As ever from Mouse Outfit the music is subtle and chilled but also laced with that little edge of tension that stops things being mere headnodic escapism and locates it firmly within the warp and weft of your day. Hoping for a long-player soon, 'It's Just Like That' will more than do for now. Excellent.

8.5
Facebook Twitter Google+
The welcome return of one of the UK's greatest ever imprints with this beautifully appointed slab of vinyl: fat-assed brutally minimal beats courtesy of the brotherly team of Mark and Daniel Richardson, delicious little licks and loops to augment the pulse and fantastic verbals throughout from Nomad. About Nomad I wish I could tell you more, but I'm kind of equally gratified to find an MC about which I know nothing and who actually seems keen to keep things mysterious rather than unpacking himself in 20 seconds flat. Even the Richardson brothers admit they 'only have an e-mail address' for him and have no idea who he is, or where he's at. It makes for a stealthy yet totally engrossing listen. Welcome back SFDB, we've missed you and we need you now more than ever.

8.0
Facebook Twitter Google+
More fire from the 'Fucc Ya Life Praise Mine' EP which I'm choosing to see as a stop-gap before the 'S.C.U.M' project drops later in autumn (a full-length album with promised cameos from Hus Kingpin and Westside Gunn that have already got me frothy in the gusset). Here, DFH rides a guitar-heavy groove from Agor that sounds like it was culled from a particularly incendiary long-lost Zamrock bootleg from 1975. As with the other tracks on the EP, rewinds are essential just to wrap your brain around all the tangents that DFH bullets himself down. A total blast.

7.5
Facebook Twitter Google+
'This is that shit' is what the title stands for, but I suspect Legion Of Goon are happy about the double-entendre as this track is pretty much a slab of delinquent dope-fuelled lunacy that shows no signs throughout its engrossingly needling four minutes of being interested in anything bar mayhem and titanic puerility. I approve entirely, and if you do, make sure you drop 'em a quid for this single and get locked in for the 'Project Goon' full-length that will drop soon. As they themselves say: "The first rule of joining the LEGION, you MUST talk about the LEGION. We are GOON. You are Goon. GOON is everything. GOON IS ALL THERE EVER WAS. GOON IS ALL THAT COUNTS." You'd be mad to doubt them.
Neil Kulkarni
Facebook Twitter WhatsApp

0.0
Facebook Twitter Google+
A new monster hit and a whole new nadir for hip-hop, seriously. Apparently this heavily features a 'Jersey Club' sound. If that's the case remind me to NEVER go to a Jersey Club cos they sound like some kind of shite mix between a happy-house night and a fucking adult soft-play zone. Fuck this prepubescent dogshit.

5.0
Facebook Twitter Google+
I preferred his earlier 'better' work. Wayne is still a compelling voice, even when trickling with autotuned overspill as he is here, but fuck me — the Disclosure/Clean Bandit-style half-fat house he's backing here is an absolute disgrace. C'mon Wayne, you can't need the money. Get back on something banging please.

8.5
Facebook Twitter Google+
If you've not availed yourself of Chairmen Maf's sublime 'Alcoholic Soul' — an 11-track suite of lush and gritty hip-hop sampladelic soundscapes — do so immediately. If you're unsure, check this new release from the album; CM has that same rugged-yet-spacey vibe of an Alchemist production and 'Alcoholic Soul' may well be THE instrumental hip-hop set of the year. Superb. 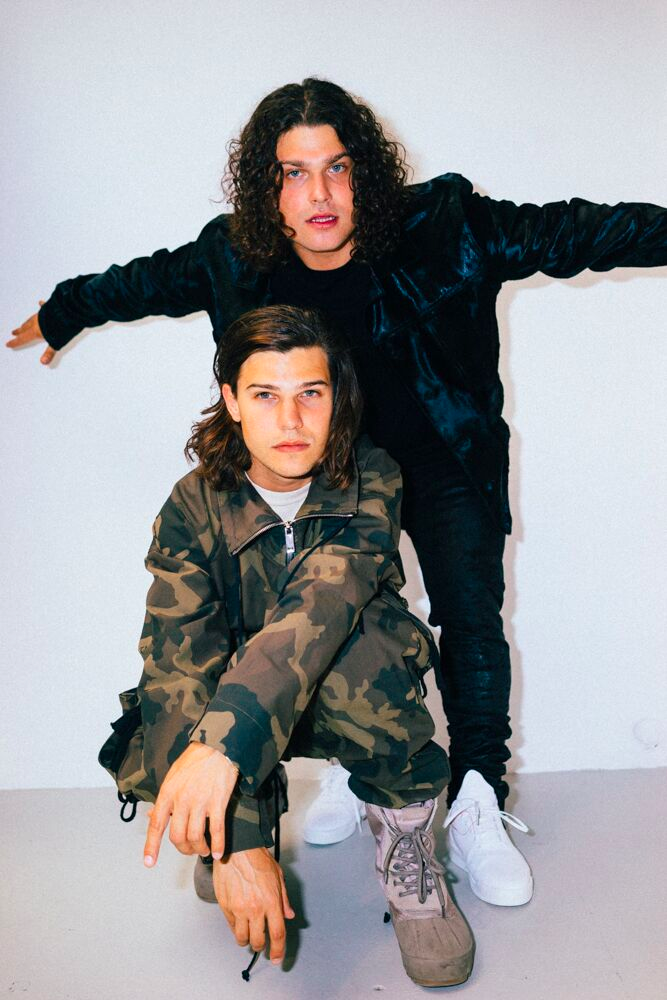 1. Smokepurpp 'Glock Inside My Benz' Soundcloud "We're good friends and in the process of doing a very special project with him." 2. Nessly 'Falling Down' Soundcloud "Worked with him a few times. Very talented in the booth. Special things with him in the works!" 3. Lil Uzi Vert 'YSL' Soundcloud "Hope to work with him one day. Feel like we would have a crazy energy together." 4. DVBBS 'Parallel Lines' Universal "We are really excited about this summer record!" 5. Nav 'Lonely' Soundcloud "Another Canadian. Love supporting talent our side of the border." 6. Playhouse 'Hollywood' Soundcloud "We found this kid in California. He’s signed to the same management company as us and he's incredible." 7. Future 'Mask Off' Dundridge Entertainment / Unlimited Business "Love his wave. One of the biggest records of the year." 8. DVBBS ft Belly 'You Found Me' Ultra "One of the most talented people we have ever got in the studio with. An absolute professional in every sense of the word." 9. 24hrs 'Whatever' Soundcloud "Worked with him out in LA. Have known him for a while. Have something big planned with him." 10. Lil Pump 'Movin'' Soundcloud "Lil Pump is the new wave. We love staying current with new up-and-coming artists and he's one of the most exciting out there."
back to top
DJMAG
all sections