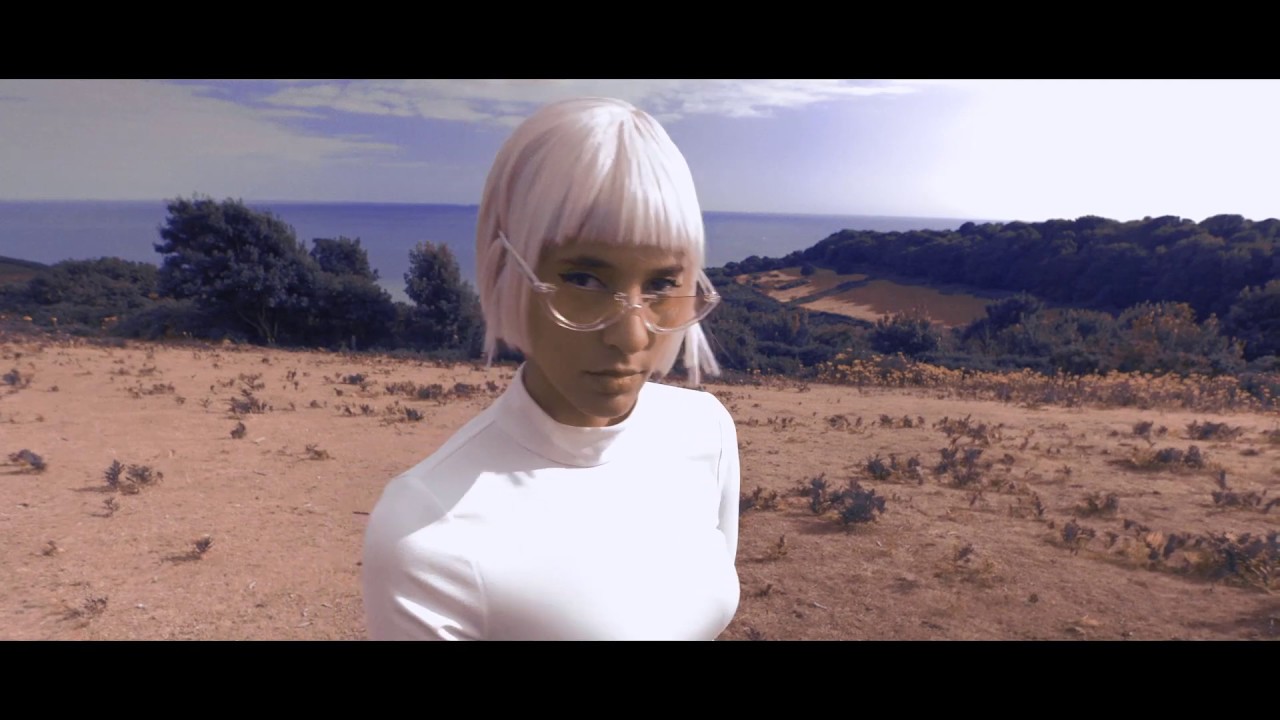 9.0
Facebook Twitter Google+
Produced by Nobodies Home (Lee Scott, Jack Chard, Sniff) and out on Blah, so you're probably already able to guess what a stunning SOUND this record has — latitudinal, low-end-heavy beats, a weird layer of echo that catches all the sonic wreckage the drums leave behind, plenty of dubbed-out space for Eeto's compelling Swahili flow to ripple forth. She's going to be a star in 2019. Get in early and feel the warm glow of elitism all year.

9.0
Facebook Twitter Google+
Another great drop from Little Simz's new full-length, shaping up to be one of the year's most eagerly-anticipated and mesmerising releases. Love the fact Simz's beats seem to be getting harder and heavier, and the almost K-pop lick that punctuates her typically stunning and sharp rhymes makes this into pure addictive sonic crack. This woman deserves a Mercury, a Brit Award and crucially deserves STARDOM. What a more interesting world it'd be if Simz could become the ruler she was born to be.

8.0
Facebook Twitter Google+
Typically biting and incisive lines from BT on this first single from the new album 'Prolefeed' — excellent to hear hip-hop that's not just politically conscious, but also class-conscious. It's less interested in providing pat solutions to our current global clusterfuck, and more interested in simply exploring the strangely fearful and hysterical political mindset of so many of us right now. Hip-hop doing what hip-hop can do: talking about anything it likes. Check the video as well, a hoot.

7.5
Facebook Twitter Google+
'Angel of the north meets the angel of the south', and there's something in that line — great to finally hear the 'Postmodernism' set which was mostly recorded in 2014, but has lain dormant until now. Gorgeous, stoned-to-the-bone production from DJ Drinks, Evil Ed, Chemo, Mr Brown, Wytfang and Cappah, and as you'd expect from these two titans of the mic, some utterly compelling rhymes throughout. Superb.

In The Balance Records

8.0
Facebook Twitter Google+
Ooft, some damn impossible-to-resist boom bap coming out at the moment. Check this single from Bristol-based producer Sam Krats, who brought killer tracks out all last year on Bandcamp — great harsh beats, lunging jazzy bass and very little else, bar a fantastic sense of space, poise and power, and wicked rhymes from Neek and Gee. Hope SK drops a full-length soon, because this is a barnstormer.

9.0
Facebook Twitter Google+
"Evidence's return with 'Weather Or Not' had absolutely no right to be as compelling as it was, but he managed to create an album that presented his own fractured, forlorn take on himself and his surroundings — perfectly encapsulated by this single, a gloomy, doomy, almost beatless but entirely absorbing stroll through rain-lashed streets of the mind. Contemplative, compelling, essential.

8.0
Facebook Twitter Google+
Man oh man, 'Acrylic Snail' is a creeper, a sneaker, an album that sidles its way into your affections without you noticing, and this single, produced by Pete Cannon, is one of its highlights. Fast as fuck, d&b-paced, strafed with a ton of distortion, guest spots flaring and flaming in all the right places. Play loud at your next kid's party, bar-mitzvah or hi-vis protest. Superb hooligan hip-hop.

7.5
Facebook Twitter Google+
Lee's release of a new full-length, 'Lou Reed 2000', could not have been more low key — a project currently only on Bandcamp, and with just this track available, presumably getting a fuller release in Spring. More sparse and spacey than you might expect, it's minimal to the point of hypnosis, but the lyrical journey he takes you on is customarily gripping. Seek and find and enjoy.

7.5
Facebook Twitter Google+
Got to admit the video helped me into this, 'cause it massively reminded me of Jane's Addiction's 'Been Caught Stealing', and the '90s vibe extends to the music too: a big, fat, rubbery heavy-synth bassline over neck-snapping boom bap beats. Utterly irresistible, and great to hear the Procussions' J. Madeiros in on this ruckus, too. A party on wax that could genuinely be a hit. Hear it.
Neil Kulkarni
Facebook Twitter WhatsApp

7.0
Facebook Twitter Google+
One of only three tracks you can hear so far from Sauce Heist's forthcoming full-length 'Diamond Dust Shoes', and so unhinged, I suggest when the album drops you actually listen to it straight, sober, absolutely clean. If you don't, I can't be held responsible for any potentially perilous derangement that ensues.

7.5
Facebook Twitter Google+
Leeds' finest hook up with Australian label Pang to drop their latest sickness (and it's fantastic to hear Must Volkoff on production duties). This single, the title track of their new album, is a bravely strung-out, almost ambient slab of transfixing doom-rap. Welcome back Wessies.

7.0
Facebook Twitter Google+
I PROMISE to investigate and feature WAY MORE female rappers on this page in 2019, especially when they're as convincingly on their game as Kahina is on this brilliant six-tracker. Great music, great conscious spitting, another UK female MC who should be a star. Get on it. 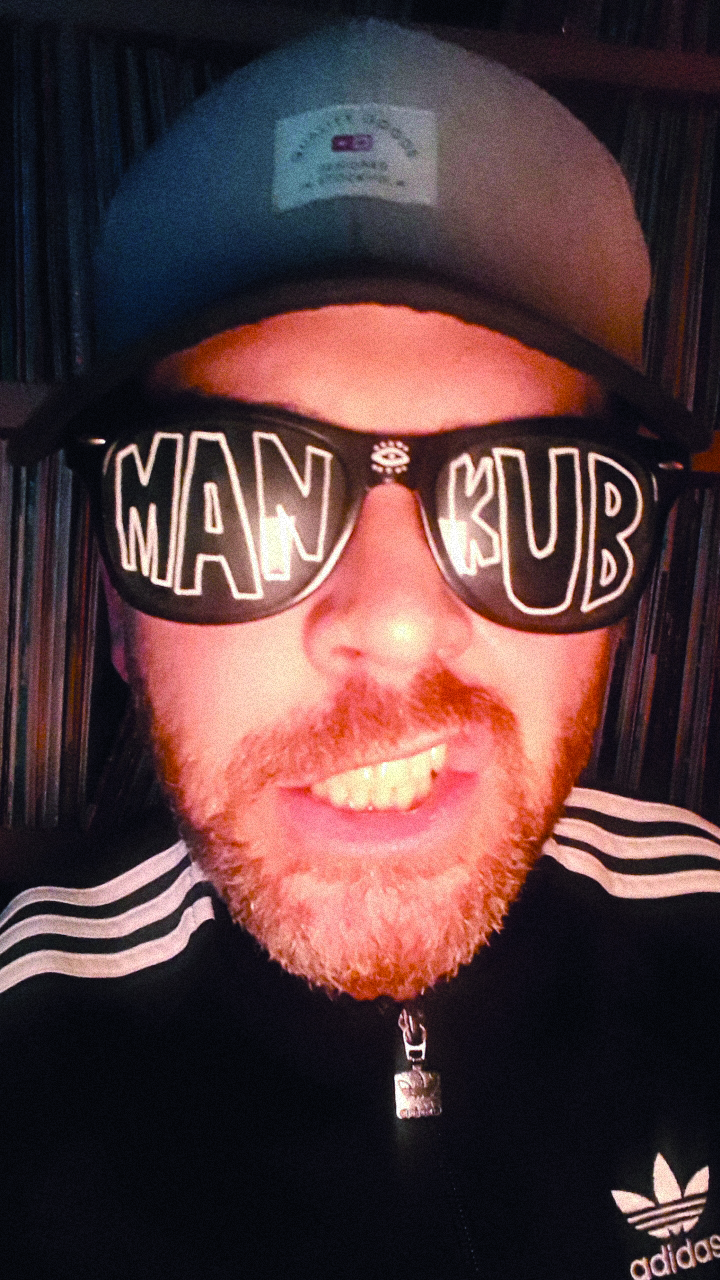 1. DJ Shadow Building Steam With A Grain Of Salt Mo'Wax "This was the first track I heard from the master, and I've followed his career ever since. That narrative vocal intro draws you into his world of beat-making through vinyl, and the driving keyboard samples send shivers." 2. The Beatles 'Flying' Parlophone "I'm a huge fan of the Fab Four, but this track stands out to me as their most hip-hop sounding cut. The production sounds like some DJ Muggs '90s boom bap." 3. MF Doom 'Accordion' Stones Throw Records "'Madvillainy' is a triumph and up there with some of my favourite hip-hop LPs. This track is just my pick of the day. Madlib is a genius." 4. Bilal 'High And Dry' Rapster "This one is a Radiohead song, but for me, one of the greatest cover versions. Bilal's voice and the whole flip of the instrumental are crazy." 5. El-P 'Stepfather Factory' Def Jux "This whole album, 'Fantastic Damage', blew my head off. Mr Meline's sci-fi subjects take things to another level. This track is a masterpiece." 6. Radiohead 'Weird Fishes' XL "My favourite group of all-time. I could have picked many records across all nine albums, but 'In Rainbows' is my pick for today, and this one is a gem." 7. Mothership Connection 'Salute' Room2 Records "This is one from my production catalogue. It's the lead single from our EP 'This Train Goes To Junkleberry Junction'. It's straight-up moody, head-nod hip-hop." 8. Tricky 'Hell Is Round The Corner' Island Records (Universal Music) "The Prince Of Darkness created a masterpiece with this cut. I love this album, 'Maxinquaye'. A unique artist." 9. Daft Punk 'Da Funk' Parlophone "'Around The World' is actually one of my all-time favourite tunes, but the drop on this track gets me every time." 10. Gonjasufi 'Ancestors' Warp "Absolute peach of an album. Flying Lotus's beat is insane, and Sumach's lyrics and delivery fit like water in a lake."
back to top
DJMAG
all sections