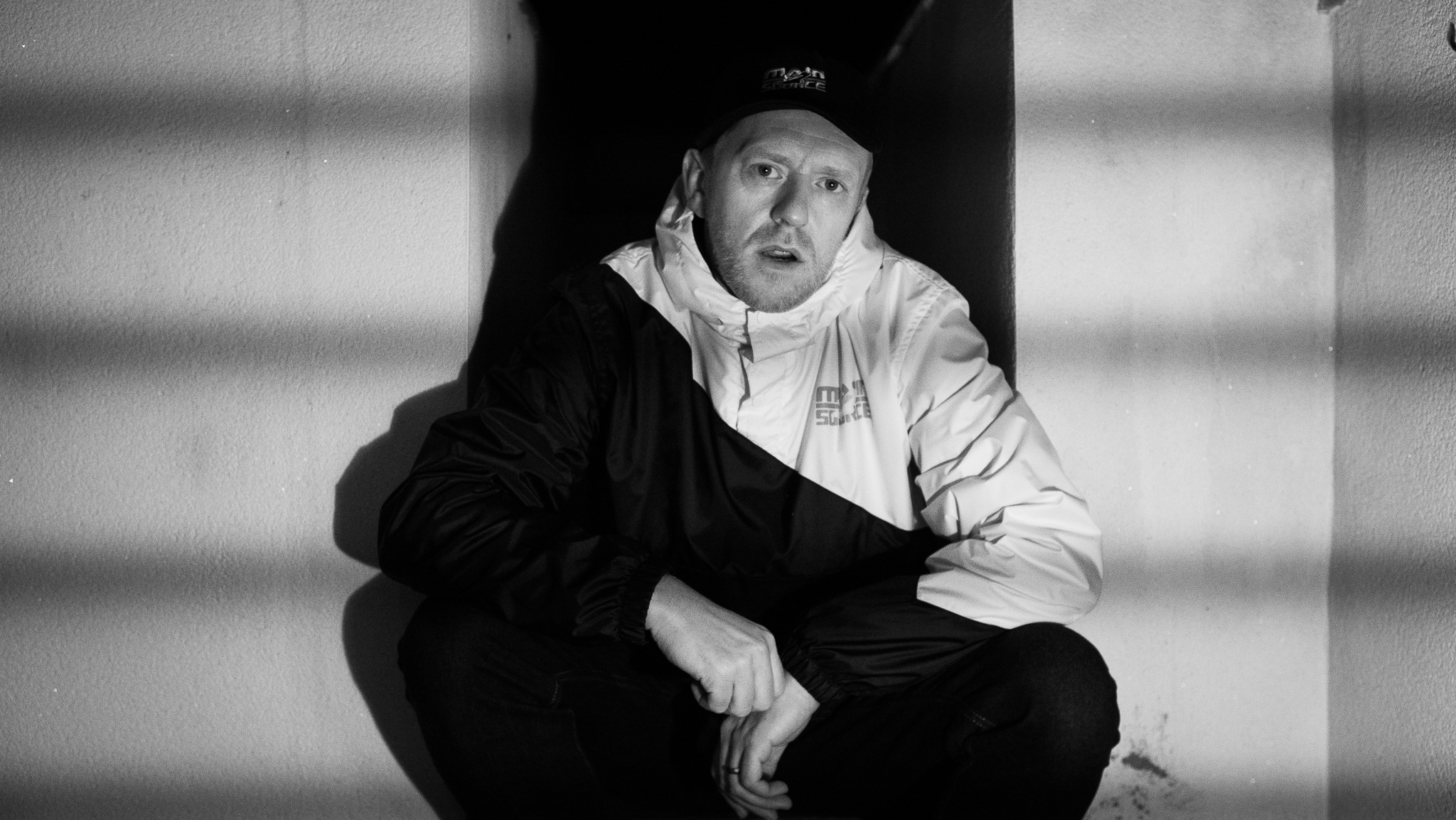 No Half Steppin' Records

9.0
Facebook Twitter Google+
You'll know Chrome's production skills of course, whether under his Deftex or Telemachus roles, but his own output, namely his 'Dopamine Hit' full length, might have passed you by. Amend that oversight by snapping up this gorgeous seven-inch, which contains the hyperkinetic ton-of-fun that is the title track, but also a supastoopidfresh re-rub from Smoove (Wack Records), as well as the fuzzy funkbeast that is new non-album track 'The Big Apple' (which itself gets a ruff-as-fuck electro remix from SuperJB). Bargain fun bomb of the month.

9.0
Facebook Twitter Google+
Ohhh fuck, Muggs has been binging on early '70s Miles Davis again, specifically by the sounds of it 'Rated X', and its ancient/futurist Xenakis-style ruckus. Keyboards that genuinely sound like those moments when Miles leant on his Farfisa to shut everyone up, utterly dejected yet raging rhymes from Eto, and a general sense of minimal granular menace that's utterly compelling. Hoping this points to more from this collabo, 'cause this is fucking black gold.

8.0
Facebook Twitter Google+
When are Czarface gonna fall off? They just KEEP giving up the goods, and the new 'Czarface Meets Ghostface' set, from which 'Iron Claw' is the lead-off single, just might be their finest yet. This track is beautifully controlled, heavy as fuck in the undertow, the sung robo vocal of "don't push me" threaded through as a hook in-between vital, vibrant rhymes from Ghostface and the crew. Play loud and strap yourself in for the album. Superb.

8.5
Facebook Twitter Google+
The wonderfully wayward wonder that is PA (check out last year's 'Pocket Watch if you haven't already) is going to start releasing a series of EPs entitled 'Elevator Music' as the year goes on, the first of which will contain these two tracks, here available on seven-inch. Iggy, a bit of a PA fan, adds some wonderfully deadpan hooks to 'Mobile', an indescribable mix of jazz, art rock and hip-hop, while on the flip, fellow Def Presse psychonaut Madison Washington's Malik crafts a supremely strange warp of distended lunacy/lucidity in '15 Seconds'. Names and a label to watch all year.

8.0
Facebook Twitter Google+
'Divine Frankensteins' you might, sorry SHOULD, already know (it's from last year's stunning '((((FACTS))))' set), but 'Plantation Earth' is a whole new kettle of brilliance, Malik hooking up with childhood friends The Abolitionists (Kasual Tee, Seven Divine and Cee N Eye) who he's pulled from Paris, Oakland and Brooklyn to spit over a supremely sunny and engaging jazz funk backdrop. A posse cut in the fine old tradition of Main Source, and the kind of spring-borne track that will bring summer to your door a few months early. Ace.

7.5
Facebook Twitter Google+
"Getting more massages than Kobe beef." As rugged and raw as I've heard from the Alchemist in a while — a deep bass rhythm with minimal treble, little curls of piano, strings and guitar slithering in crepuscular stealth over the mix, Meyhem doing his usual bang-up job of making a track that already sounds hostile sound even more aggravational. Fingers crossed this fanfares a forthcoming full-length from this duo, 'cause goddamnit it works.

7.0
Facebook Twitter Google+
You might be surprised by Smoovth's new full-length, 'Young SmooVth': it's a subtle album, less concerned with packing in heat and bangers, and more concerned with just letting SmooVth flow as he sees fit over un-intrusive, almost ambient backings, very reminiscent for me of prime J.Rawls. This track sees SmooVth hook up with old compadre Hu$ Kingpin, and is as agitated as the album gets. Even so, it's still a mellow kind of murderousness. Summer's coming in a blaze of red.

8.5
Facebook Twitter Google+
DJ Skizz has a stripped down, yet slightly unhinged sound that suits Crimeapple's narratives perfectly, matching his mid-syllable moves from the concrete to the abstract, the mundane to the metaphorical, perfectly. This title track from the new full-length is all the warning you need for what a caboodle of addictive dankness it is, and what a progression from the maximalism of 'apple's previous work is going on here. Production with such a contact high, it's like Sonnyjim's slipping you a wrap. Superb.
Neil Kulkarni
Facebook Twitter WhatsApp

8.0
Facebook Twitter Google+
UK hip-hop is not UK rap, which is not UK grime, and this falls somewhere between all three: grime-speed verbals, but a lunging beat-matrix that's pure UK rap, and a lyrical eye that wouldn't be out of place on Blah or High Focus. Excellent track.

8.0
Facebook Twitter Google+
Still a sucker for the UK drill sound, especially when the bass is as dank, and the synths as smeared and woozy as they are here. Rhymes as on-point as you've come to expect from both Headie and Dave. Worry your neighbours. 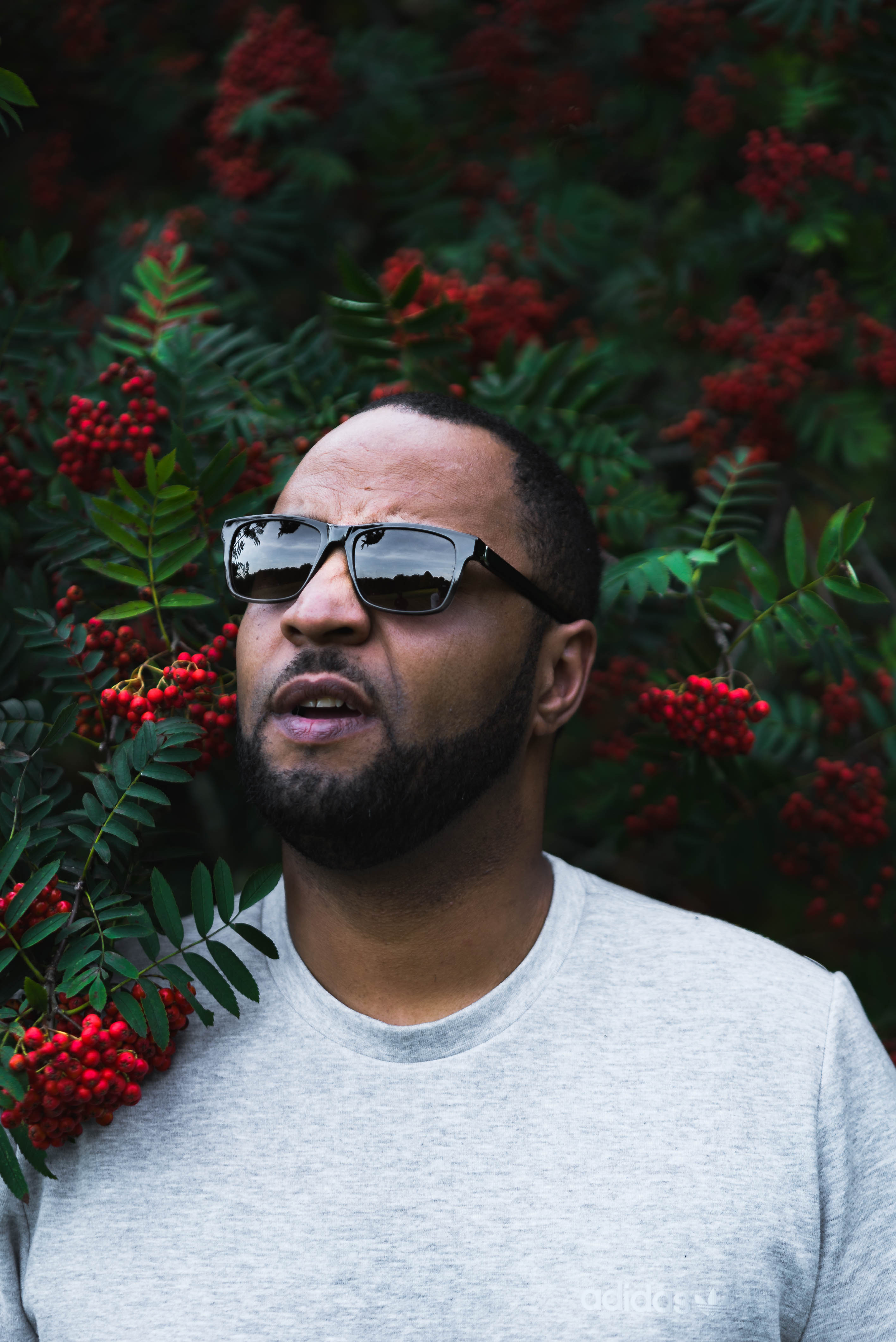 1. Children Of Zeus 'The Story So Far' Bandcamp "I love the production on this one. Too cold!" 2. EVABEE 'Full Circle' Bandcamp "This is Eva’s coming-of-age song. She’s been grafting the last couple of years, and this is the sound of hard work paying off." 3. [ K S R ] 'Seasons' [ K S R ] "Roosevelt is the future of British soul music. And this track is all the proof you need." 4. Dogger & Mindstate ft Liam Bailey 'Broken Home' Space Cadet "Soulful drum & bass at its very finest, watch out for these two." 5. Sleazy featuring Blah 'Sleeping On Me' Stay Golden "Another banger from Sleazy, taken from his amazing 'Half Time' EP. Don’t sleep on him." 6. BLACK JOSH 'Round Ere' Blah Records "Taken from his brand-new album 'Yung Sweg Lawd', the first track. It proper gets me hype." 7. Sangy 'Shinobi' The Awkward Music Group "Taken from his new 'Scripts EP', another banger." 8. LEVELZ 'Rainy Day' Bandcamp "The Levelz collective keep going from strength to strength, and this track's another example of their skill and versatility." 9. Blind Mic 'Like Me' Loveland Records "Another of Manchester’s best-kept secrets. Keep an eye out for his debut album coming very soon. It’s hella jazzy and double sick." 10. IAMDDB 'JAZB' Soundcloud "I could have chosen anything in her catalogue. She is the actual truth. You better get comfortable with her name, because she isn’t going nowhere."
back to top
DJMAG
all sections