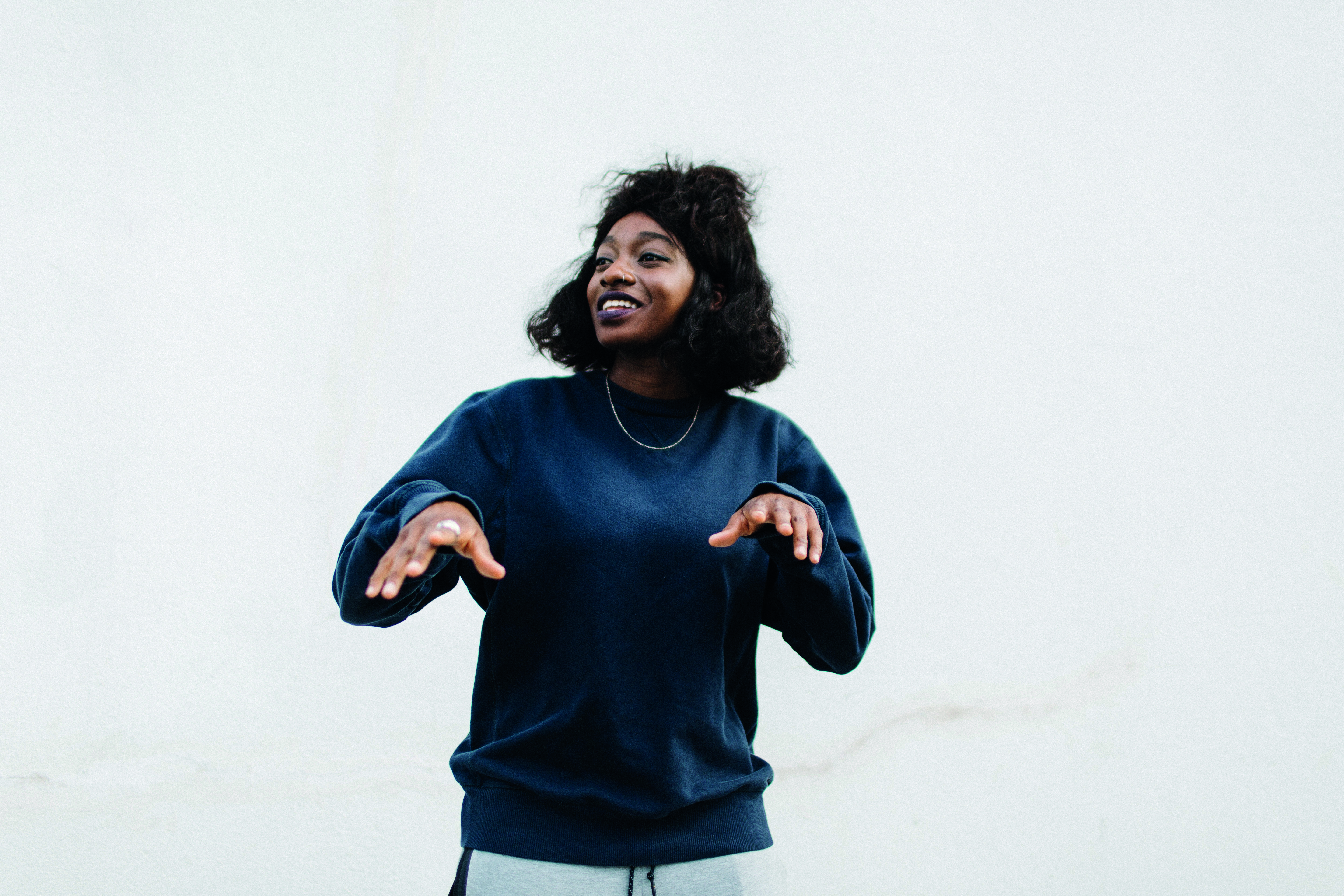 9.0
Facebook Twitter Google+
Holy hell I've never heard Simz sound this ferociously focused, this raw, this angry. What a fucking amazing track — constructed out of harshly foreboding textures, a neck-snapping beat, Simz's vocals distorted into gloriously filth-encrusted relief, the sudden eruption of bass and the queasy synth-textures near the end sealing a jaw-dropping, astonishing deal. Simz has long threatened to break through from underground acclaim to overground success, and this could be the track to do it. The best yet from one of our very best. Essential.

7.0
Facebook Twitter Google+
Nolan's got a weird rapping voice — a little camp, a little somnambulant, entirely geeky/nerdy, but engagingly non-committal, and it suits the stream-of-solipsism he creates here. Even better, the music underneath manages to get exactly the right balance between distracting you, but also making you focus on the rhymes: an ultra-minimalist bass/beats matrix that clicks and rotates and judders in a deeply pleasurable, but almost maddening way. An entirely new name to me, for which I thank the blogosphere. Cool beans.

7.5
Facebook Twitter Google+
'Death Moves' is the soon-dropping full-length, but 'Long Gone' is one hell of a trailer. The rhymes from D & JB touch on just exactly how the hysteria, go-faster substances and general extremity of modern life are leaving us all with that scratchy feeling behind our eyeballs — that sense of perpetual peripheral paranoia in our vision, that sense of losing what little control we have over our trajectories. Sumgii layers a fantastically cold matrix of sharp, drill-esque beats, lunging bass and fuzzed-up electro that perfectly suits the seriously self-diagnostic vibe. See thyself.

7.5
Facebook Twitter Google+
"Every day is like a passage from Orwell" — oh man, there's some lip-smacking cameos on this EP from the ever-dependable Pitch. The title track sees Jehst and Confucious MC ladle tasty trails of consciousness over an enchantingly minimal ripple of spacey jazz-funk. On 'Plane Ticket', longtime collaborator Verb T keeps the cosmic vibe going over tight, in-the-pocket grooves, before 'Dawn' sees new territory opening up for Pitch — gorgeously sunny, wide open, dreamy disco funk, slathered in Spacek-style soul vocals. 'One Handed' closes things out on a similarly radiant vibe, and you can't wait to flip the disc over for the instrumentals, 'cause Pitch's beats are just so damn fine. Top quality.

8.5
Facebook Twitter Google+
Chemo on the mix, so you know to expect musical intrigue, and my god, 'Permanent Midnight' is a delicious new warped weft of his sonic magic. Trappist beats find themselves cornered and damn-near flickered out of existence by heavy-mannered bass, little bubbles of dubbed-out synths and little licks and shards of vocals that get echoed around the mix. Utterly hypnotically absorbing to the point where Dike and Baxter's intriguing vocals demand several rewinds, simply to give your brain the space to focus. Hoping this points towards Dike dropping a full-length soon, his first in three years and hopefully with Chemo on the boards. Wonderful.

8.0
Facebook Twitter Google+
Maybe it's the glut of brilliance 2018 has given us already, maybe it's this shit I'm smoking, maybe it's sheer age, but I'd TOTALLY FORGOTTEN about the existence of Has-Lo until hearing this, his first new music in a while, and engagingly lo-fi and unique as ever. Gorgeously downbeat and grainy, the highlights here ('Shoulder Holster', 'Higher Than' and 'Home Room') remind me of L'Orange at his spaciest, and the very wooziest and weirdest current Alchemist productions. Superb.

7.5
Facebook Twitter Google+
Godamnit this is TWISTED. The man Kingpin hooks up with like-minded loons Crimeapple, Dirty Diggs, Smoovth, Camoflage Monk, Planet Asia and a welter of new young producers to craft a true journey into the psycho sphere. Throughout, the music does that unsettling thing of being a bit TOO MUCH for the rap narrative to take hold; rather, you find yourself endlessly rewinding because it's so impossible to disentangle the seething, viscous sounds here from the subjects of the murderous rhymes. Will take a few months to truly sink in. Get it down your neck soon as.

8.5
Facebook Twitter Google+
Love this — no other reason for its existence, beyond the fact that Sonnyjim and Sparkz both share a birthday in September, and decided to hook up for a weekend of celebration, from which this track is the result. Sonny's become one of the UK's, if not the world's, finest producers in the past couple of years, and this keeps up the lurid, sleazy, gritty vibe he's mastered so brilliantly this year with Conway and Vic Spencer. Great wrecknology from DJ Cutterz tops off an autumnal essential. Go get.

7.5
Facebook Twitter Google+
Impossible that AB could top his cameo on Roc Marc's ASTONISHING 'The Sauce & Corniche' this year, but great to hear him returning to his underground roots on this new track from his soon-dropping new album of the same name. Daringer on the beats (and rumours have it that the Griselda crew are all over the new album), and sounding deliciously fresh and clean for a change — foregrounding Bronson's punchy bars and some radiant Rhodes samples. Welcome back to failure AB, it suits you better.
Neil Kulkarni
Facebook Twitter WhatsApp

1.0
Facebook Twitter Google+
See, I'm not really a fan of emo music, so this doesn't appeal much. You Linkin Park fans might dig it. For the rest of us, two words: shit sandwich.

8.0
Facebook Twitter Google+
Backbone are affiliated with Naked Ape Records, and like the Chrome single, this is fast — great beats and samples marshalled with the kind of agitational feel of an early Paris album, the House Of Hippies providing incisive verbals throughout. Essential.

7.5
Facebook Twitter Google+
Deftex's Chrome comes correct with an absolutely banging little seven-inch of hyperkinetic, scratchadelic break-based hip-hop, featuring a barnstorming cameo from Ugly Duckling's Andy Cooper. Way faster than anything else in contemporary hip-hop, and a total thrill because of it. 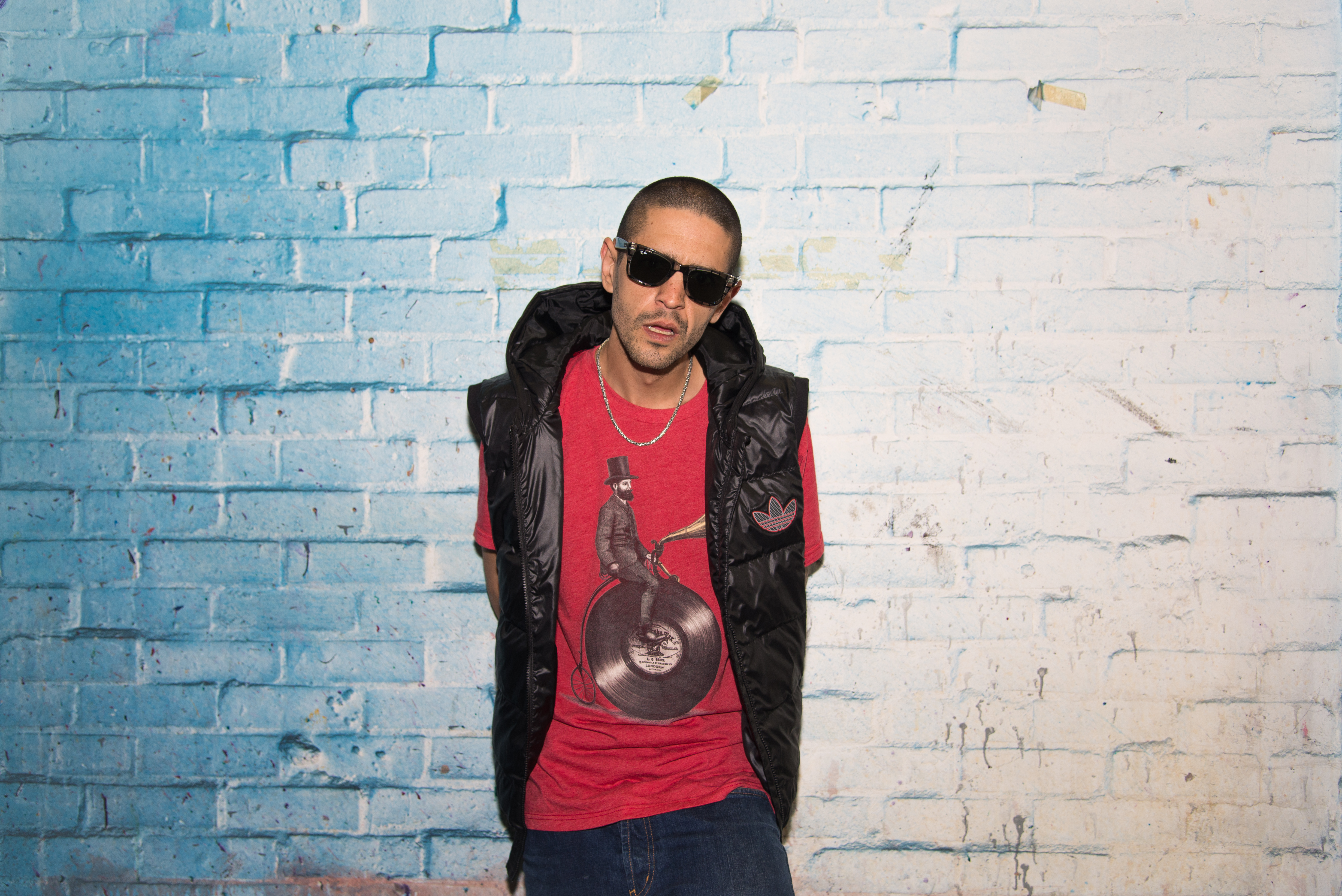 1. Dabbla 'FUTD' Potent Funk "Best UK rap music I've ever seen." 2. Dirty Dike 'Permanent Midnight feat Jam Baxter' High Focus Records "Because my mates simply make sick music." 3. Nirvana 'Come As You Are' Geffen "Because it reminds me of being in school, even though I never went to school." 4. Simon & Garfunkel 'Sound Of Silence' Columbia "Because you can't have sound without silence." 5. Anderson .Paak 'Come Down' Steel Wool "I was very late on discovering Paak, This was one of the first songs I heard of his." 6. Buddy 'Young' RCA "Again, I was late on Buddy, but he sings and raps bloody good." 7. Lee Scott 'What If Lee Was A Lil' Rapper Wow OMG' Bandcamp "OMG wow — I'm a fan and this is one of my favourites of his." 8. Masego 'Navajo' Youtube/Soundcloud "Came across him through the FKJ vids, so sick." 9. Greentea Peng 'Medicine' Youtube/Soundcloud "Only just discovered GreenTeaPeng — she's incredible." 10. Chemical Brothers 'The Salmon Dance' Virgin "This song reminds me of my happy place."
back to top
DJMAG
all sections