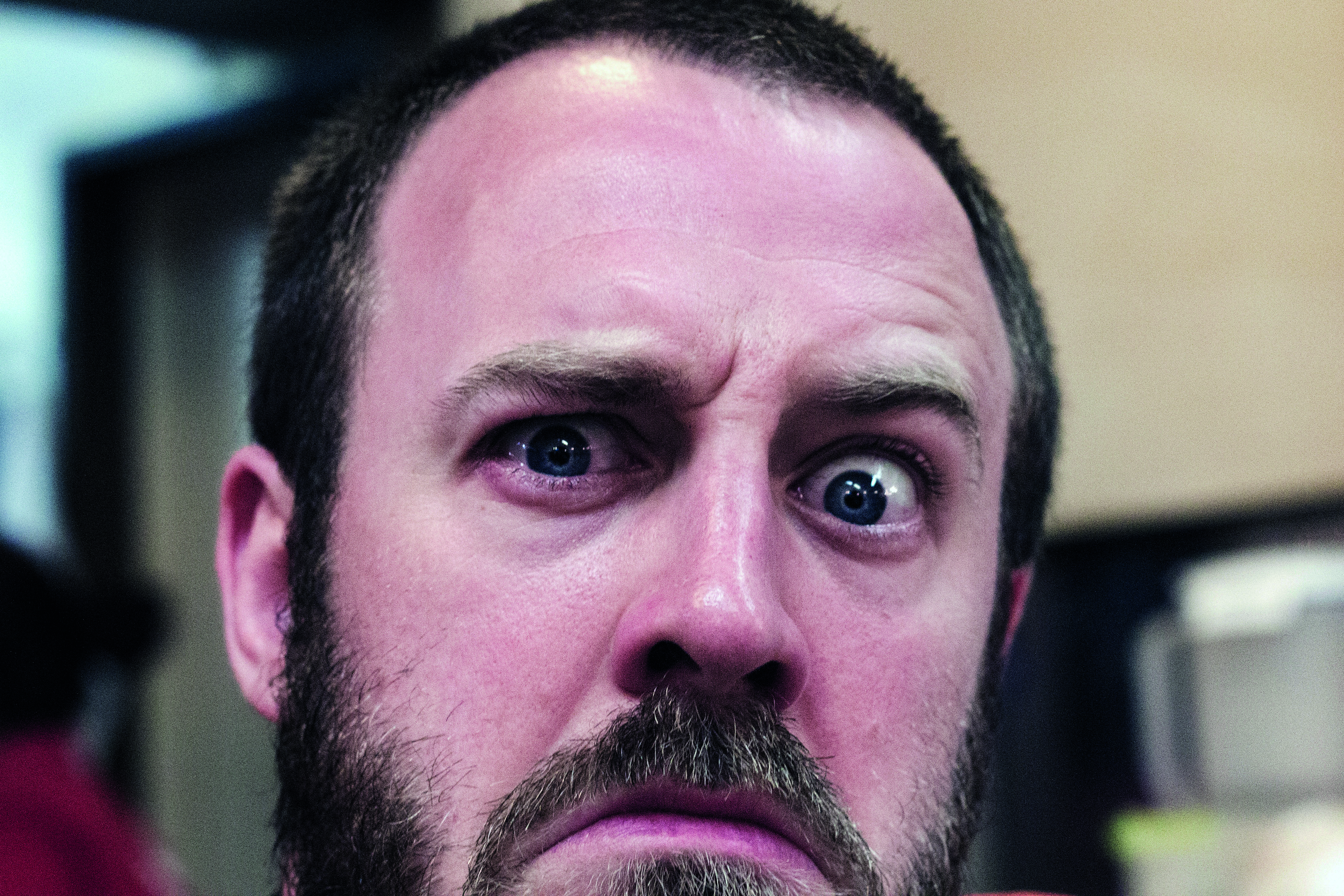 9.0
Facebook Twitter Google+
Aver's stunning 'Die Berlin Dateien' 2017 set was the first thing to hip me to exactly how awesome Village Live records are, so I'm cock-a-hoop to hear he's back with a new full-length (the soon-dropping 'Dressed For CCTV'), from which this is the first drop. Cappo on the verbals ensures sharpness and intrigue throughout, and I just love the untrammelled, zero-fucks-given hooligan freedom of this: rampaging beats, lunging bass and dread-filled loops combining to create a track as heavy and head-wrecking as prime Strange U. Superb, and can't wait for the album.

7.5
Facebook Twitter Google+
'Labels' is the funky-as-a-mosquito's-tweeter lead off single — a compelling journey through D's history with rap labels, with awesome cuts and loops throughout — but go straight for the full EP, a vibrant, vivid collection of new ideas from the Whirlwind. 'Reap The Whirlwind' is a heavy-as-fuck, fuzzed-up battle-rap monster that recalls Son Of Sam, 'Radioactive Bass' plunges deep into some delicious '80s electro-funk textures, while 'Run Fast (Remix)' sees D join forces with Phil Most Chill to rip a hyperkinetic hole in your head, aided by frantic production from Miracle and lightning-fast cuts from Mr Fantastic. A whole caboodle of fun.

8.0
Facebook Twitter Google+
I love the looseness of Milo's new album, 'Budding Ornothologists Are Weary Of Tired Analogies' (even if I resent, and as you can see, RESIST its insistence on lower case), so any single would merely be a snapshot of an album so horizontally nonchalant it's practically comatose. 'Goosedown' is as good an intro as any: strung-out, spacey jazz beats underpinning stream-of-consciousness cuteness that's typically Milo-esque. Welcome back, you whacked-out wonder.

9.0
Facebook Twitter Google+
The prolificness that the internet and streaming have opened up for independent artists is a dual-edged sword. On the one hand, artists like, say, Tha God Fahim, deluge you with so much new music it's difficult negotiating how much of it is worth your interrogation. On the other hand, if the artist is someone as uniquely brilliant as Bisk, I have absolutely no problem with him pretty much releasing an album every other week (he's already given us SIX this year). 'Gold & Green' is his latest single, and like pretty much everything he's done this year, it's an utterly compelling snapshot of a broken soul almost expiring in his own unheralded genius. Get all six of the albums 'cause they're fucking amazing, and get 'Gold & Green' right now. Bisk is life.

8.5
Facebook Twitter Google+
Anyone smart enough to have availed themselves of Maf's 'Alcoholic Soul' in 2017 (and this year's 'Paint' and 'Zoo' albums) should be slavering at the news his new album 'Ginger' is out now, containing this superb single. There's something about the way Maf puts his grooves together, the poise and space of them, his clear grounding in dub, that puts him right up there for me with Kuartz, Aver, Remulak and Calvin Valentine as one of thee best creators of instrumental hip-hop out there. 'Hugh Hefner' is a hilarious romp held together with fab samples and a joyous sense of fun. Essential.

8.0
Facebook Twitter Google+
Love this, and the stunning EP/LP it comes from (the just-dropped 'What I Do When I Try To Relax' on OME's own new Auto Reverse imprint). The EP signals a slight softening of OME's sound — here we find luscious synths, a great trumpet solo and thick-sawed electronics, but it works beautifully. Lyrically, he's still utterly, incisively brilliant — this track is a fantastic list of his pliability for the current 'market', that really reveals just how much smarter than such chicanery he is. Funny, sharp, brilliant hip-hop.

7.5
Facebook Twitter Google+
A late breaking summery drop of stoned bliss from Muggs & Marc's 'KAOS' set. I've been reading a lot of people saying that Muggs (and other underground producers like Darringer) are getting samey at the moment — genuinely couldn't care less. I love the MONOMANIA of their work, and if anything, 'Shit I'm On' proves that, though known for doomy menace, Muggs can also lace together something as radiantly beautiful as a Pete Rock or Adrian Younge production. Get your windows down and cruise this round your town.

8.5
Facebook Twitter Google+
I know, I'd forgotten too. At a time when my creaky old brain has to try and think of the best albums of the year, FB's fantastic '22 Karma' NEARLY passed me by. Luckily, it's being put out in a 'Deluxe' version, and although normally resistant to that kind of repackaging, I'm a sucker for this, 'cause the extra tracks, of which 'Standard' is one, are sensational. Rag'N'Bone Man contributes a stunning cameo, as does Bangzy, and the haunted dancehall vibe is just gorgeous — check out the Faze Miyake remix 'n' all. Essential for any FB fan, and if you don't know, get to know immediately.

8.5
Facebook Twitter Google+
'Humble Pi' is seriously the funniest, psychest, most addictive US hip-hop I've heard this year, this side of the Madison Washington, Pan Amsterdam and Quelle Chris albums. Just utterly fantastic, and this new single is something of a highlight, not just 'cause of the way Edan fucks with the hook vocal until it burns itself into your cortex, but 'cause of the way Sandman's verses give in to Edan's vocals and swirl back and forth in the heady concoction he's cooked up underneath, all 8-bit maelstroms and krautrock funk. Utterly stunning.
Neil Kulkarni
Facebook Twitter WhatsApp

8.0
Facebook Twitter Google+
Oh I do love a natty little 7" like this — Sheffield's Mongrels return with this double A-side CORKER, rubbed into fucked-up relief by the man Kid Acne. 'Eggin' It' is thrumming, agitated funk slathered with lairy, dubbed-out vocals courtesy of Sleaford Mods' Jason Williamson, while 'Shoot The Breeze' welcomes Cappo & Jugganaut in for some Notts nuttiness. Essential.

6.5
Facebook Twitter Google+
Love the loping, grimey/UK drill-like swagger that producer Last Japan has given this, at least musically, but as you'd expect from JB, his lyrics problematise that initial feel. Dark, twisted lines about mental collapse and damage, about seeing 'spirits' and 'a devil on each shoulder' — great things promised for the soon-coming LP 'Touching Scenes'. Get yourself disturbed soon as. 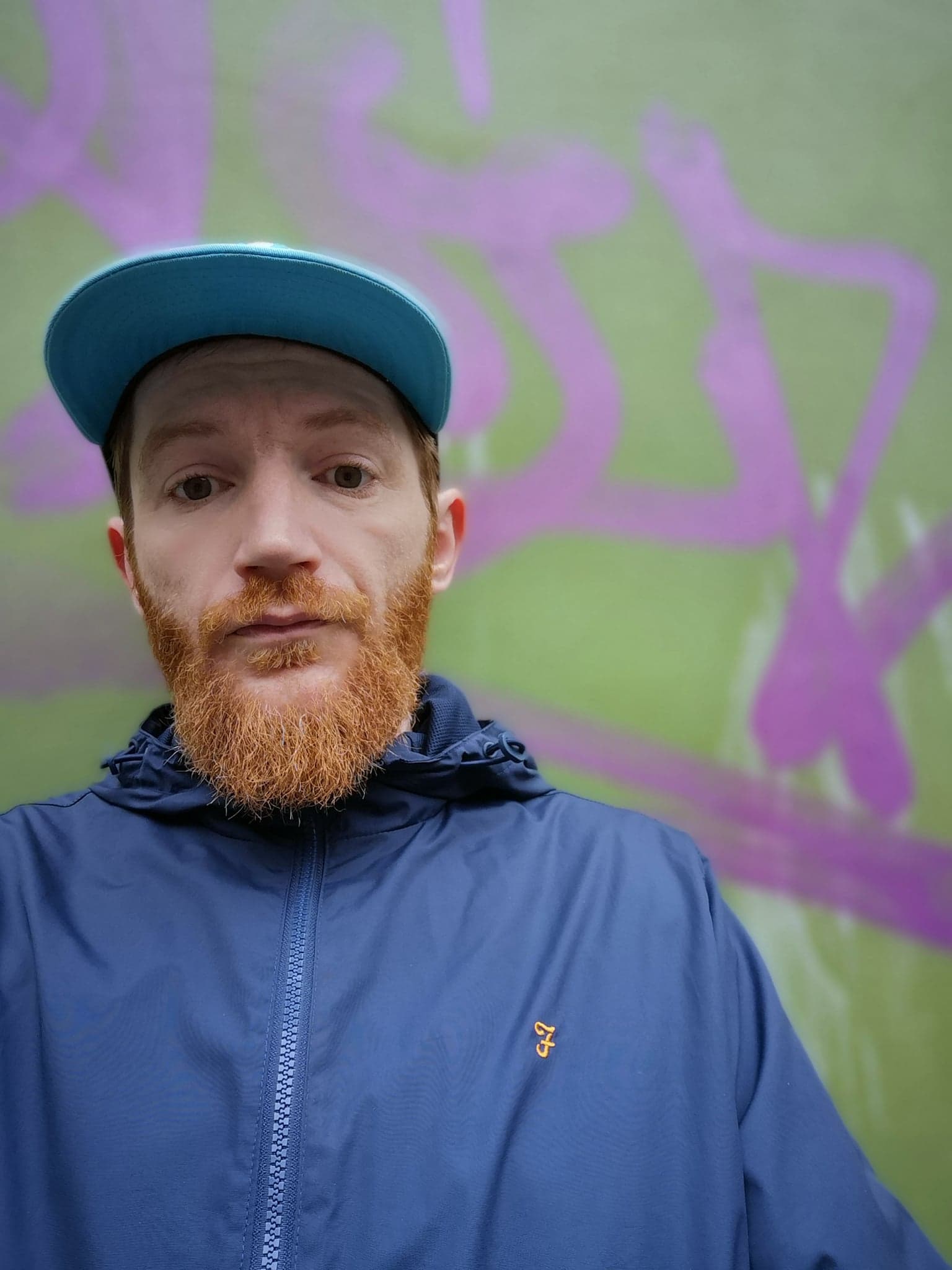 1. The Northaze 'Breaching Borders' Bandcamp "The Leeds duo hooked up with producer Jack Danz for their latest album, and the result is some of the best trap I’ve heard this side of Atlanta. 'Breaching Borders' is a particular favourite, and it's one of the reasons I was converted into actually enjoying the trap sound in the first place." 2. Dabbla 'F.U.T.D' Potent Funk "I’ve been a fan of Dabbla’s since the 'Lips 2 Da Floor' days, but this latest album is his strongest work yet. 'F.U.T.D' is a perfect example of his brand of self-proclaimed hybrid rap shit. Double-time with depth." 3. Armand Hammer 'Ecomog' Bandcamp "Separately, Billy Woods and ELUCID are two of my favourite voices in US rap, so when they join forces as Armand Hammer, it's almost too much for me to handle." 4. Foreign Beggars 'Waved' Par Exellence "The Beggars were one of the reasons I started listening to UK rap, and their return to the fore this year was better than ever. 'Waved' sums up their crossover appeal perfectly, and Black Josh is the ideal accompaniment to OV and Trop’s respective flows." 5. Jam Baxter 'Saliva' High Focus "Baxter has been one of my favourite UK MCs for a while now, and 'Saliva' is good evidence why. Teaming up with fellow Dead Player, GhostTown, the pair deliver a weird, heady and heavily lyrical track." 6. Billy Woods 'Keloid' Backwoodz Studioz "Another appearance from Woods, but a solo effort this time. To be honest, I could’ve picked any of the tracks from his most recent album with NY producer, Blockhead, but 'Keloid' is one that leaves me thinking long after the beat comes to a stop." 7. Madison Washington 'No Cliché' Def Pressé "This is a great MC/producer duo, hailing from New York and Sheffield respectively. 'No Cliché' sums up their sound perfectly: jazzy, mellow beats laced with excellently matched lyricism." 8. Chris Orrick 'Self Portrait' Mello Music Group "The artist FKA Red Pill has been on my radar since his debut in 2015. I’m a big fan of his self-deprecating style, as well as his openness and honesty about himself." 9. Skyzoo 'Love Is Love' First Generation Rich "The Brooklyn MC dropped a contender for those album of the year lists all the way back in February, with every track coming with its own appeal. 'Love Is Love' showcases Skyzoo’s deft presence on the mic." 10. Juga-Naut & Sonnjim 'No Roof' Eatgood Records "Juga-Naut just keeps going up and up in my estimations thanks to a string of solid releases over the years. He’s also secured his place as an MC’s MC, as evident through collaborations like this one with EatGood head honcho, SonnyJim."
back to top
DJMAG
all sections