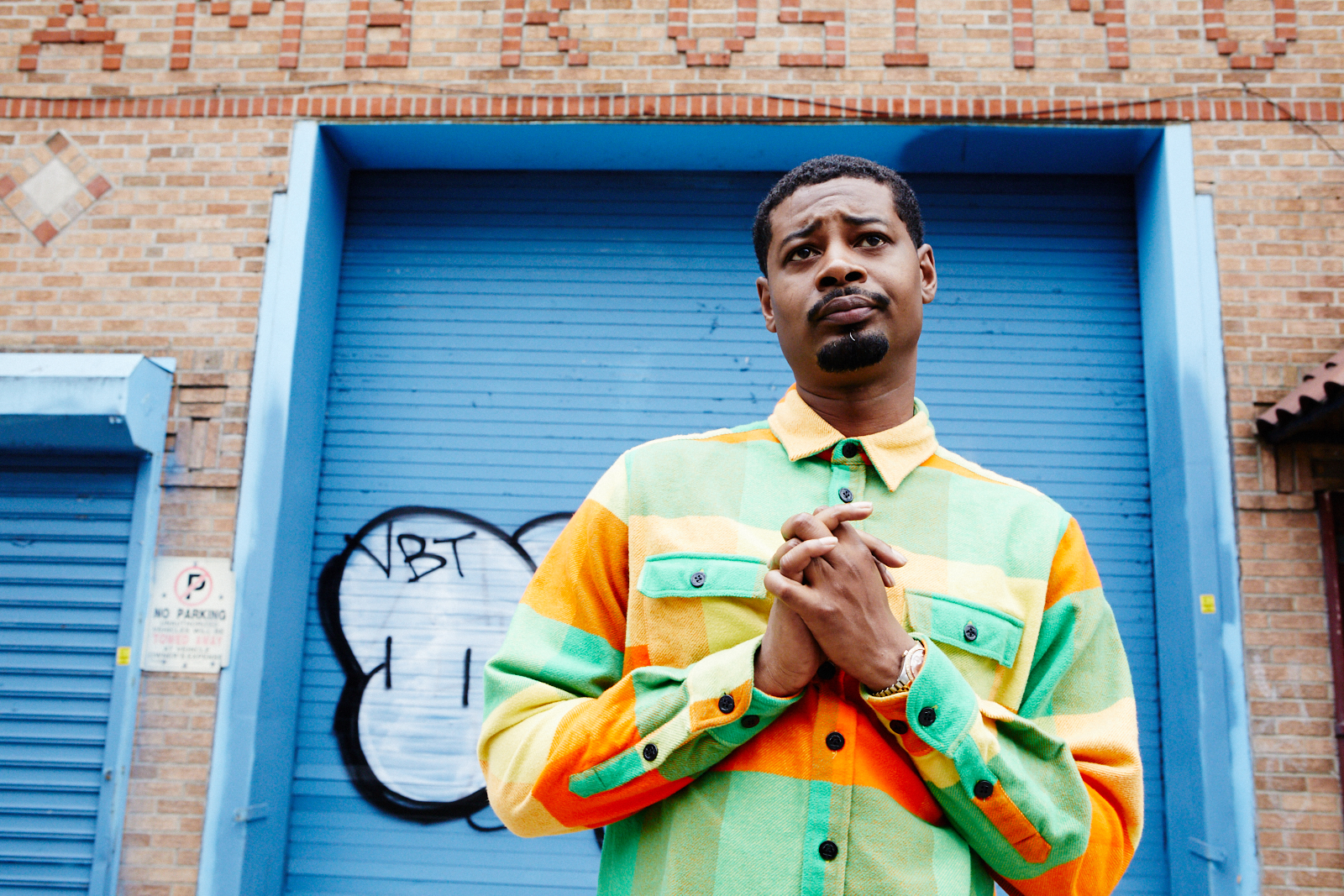 8.0
Facebook Twitter Google+
Q-Tip on production, so you know this is going to bang and grind and flush your cells with joy, and so it proves — what a gorgeous summer's last-sound this is, the same kind of mournful vibe Tribe actually hit on the best parts of 'Beats, Rhymes & Life' (think 'The Jam'), and with a lovely disjunct between key and chords that addictively nags at you. Ace verbals as you'd expect from DB, suggesting that his new album 'uknowhatimsayin¿' is going to be essential.

8.0
Facebook Twitter Google+
So gratifying that L'Orange and JJ are back at it again — 2015's 'The Night Took Us In Like Family' was a noir-rap masterpiece, and L'Orange's work since with Kool Keith & Marlowe has been awesome. 'Behaviour Report' is hella catchy, and more accessible than anything they've given us before, but no less lyrically intriguing and lit up with dusty, gorgeous samples that really flesh out the track's essential simplicity. From a soon-dropping full length called 'Complicate Your Life With Violence', that you KNOW is going to be essential.

8.5
Facebook Twitter Google+
Yeah I KNOW folk are getting bored of Griselda, but I ain't, still an addict, and I actually don't WANT them to progress. I want them to stay in this dark, fucked up place they've carved out for themselves. From Conway's grisly, gripping new full-length 'Look What I Became', THIS is the undoubted highlight. DJ Muggs stirs a truly mephistophelean brew, murked with shark-like bass and fuzzy loops, Conway's rhymes and Derringer's typical giggles topping off a baleful, brackish delight.

8.0
Facebook Twitter Google+
Orrick, whose solo set 'Out To Sea' is already one of this year's highlights, gives us a sneaky leak from his forthcoming collabo album with fellow Michigan psychonaut producer The Lasso, 'I Read That I Was Dead'. Heavy, abstract, ferociously delivered but essentially avant-garde hip-hop, that veers between a harsh reality and a bizarre unreality without ever deciding which one is real. Compelling stuff from one of MMG's most intriguing new voices.

7.0
Facebook Twitter Google+
Great to hear the Kid back, here hooking up with producer Spectacular Diagnostics (Westside Gunn, Vic Spencer, Conway The Machine, Nolan The Ninja) and Nosaj of alt-rap heroes New Kingdom, ahead of a fourth full-length 'Have A Word (which also, lipsmackingly, has guest spots from Juga Naut and Juice Aleem). Banging council-pop to play loud under the Northern, or Southern sky of your choice, and a tantalising glimpse of more to come. UK music needs more Kid Acnes in it.

6.0
Facebook Twitter Google+
Heavy sigh. I guess I've GOT to review this. But I'm very doctrinaire about reconvened groups. No Bill, no Sabbath. No Jerry, no Specials. No Kim, no Pixies. No Guru? Well he's here, a few excised verses, with J.Cole filling in the gaps. It's... okay, but wouldn't have made the cut on ANY of the golden era GS albums. Perfect for those who basically miss Premo productions and Guru's voice, it sounds 'classic', but there's something grisly, needy, pointless like a hologram, about this. Pass. Only way onwards is FORWARDS.

7.5
Facebook Twitter Google+
Benny The Butcher and Elcamino drift in from Griselda and the Black Soprano Family respectively to bless this new single from Clipping, perfect cameos for the lead off track from their new full-length horrorcore homage 'There Existed An Addiction To Blood' (let's face it, Griselda & BSF are goddamn horrorcore CAULDRONS). Benny's verses are astonishing over Clipping's weird turbo-charged G-funk. Sup this up and keep right on for the darkness.

8.0
Facebook Twitter Google+
Sick bastards. Blah are passive enablers of my addiction to their music. More psyche-hooliganism as you'd expect from Scott & Baxter, taken from a new full-length that is called (deep breath, and yes it is all in caps so I'm going to have to shout) 'HAPPY HOUR AT THE SUPER FUN TIME PARTY DOME MEGAMIX 4000'. Dirty Dike's music is like an un-beckoned but welcome huff of Spice. Get twitching.

8.0
Facebook Twitter Google+
No 'Ambush', but this still points towards 2019's greatest UK drill album coming from OFB. Fab back 'n' forth rhymes from Bandokay et al, and a production that oozes not just menace but also ferocious intelligence, a desire to collate and express experience that perhaps points to a future for drill beyond just aggravation. Future stars.
Neil Kulkarni
Facebook Twitter WhatsApp

7.0
Facebook Twitter Google+
Must admit, it was the Madlib tag that pulled me thissaway, and glad it did — this is febrile, snarly, scratchadelic alterno-rap par excellence, so good I'm not even holding Wiki's appearance on that titanic dullard DJ Shadow's new album against him.

7.5
Facebook Twitter Google+
Hope there's a new album coming from BN — last year's 'Elevators' set was one of the year's best, and this new single sees his typically engrossing lyricism sit neatly on a kooky, lo-fi slice of jazzy funk. Intriguing as ever. 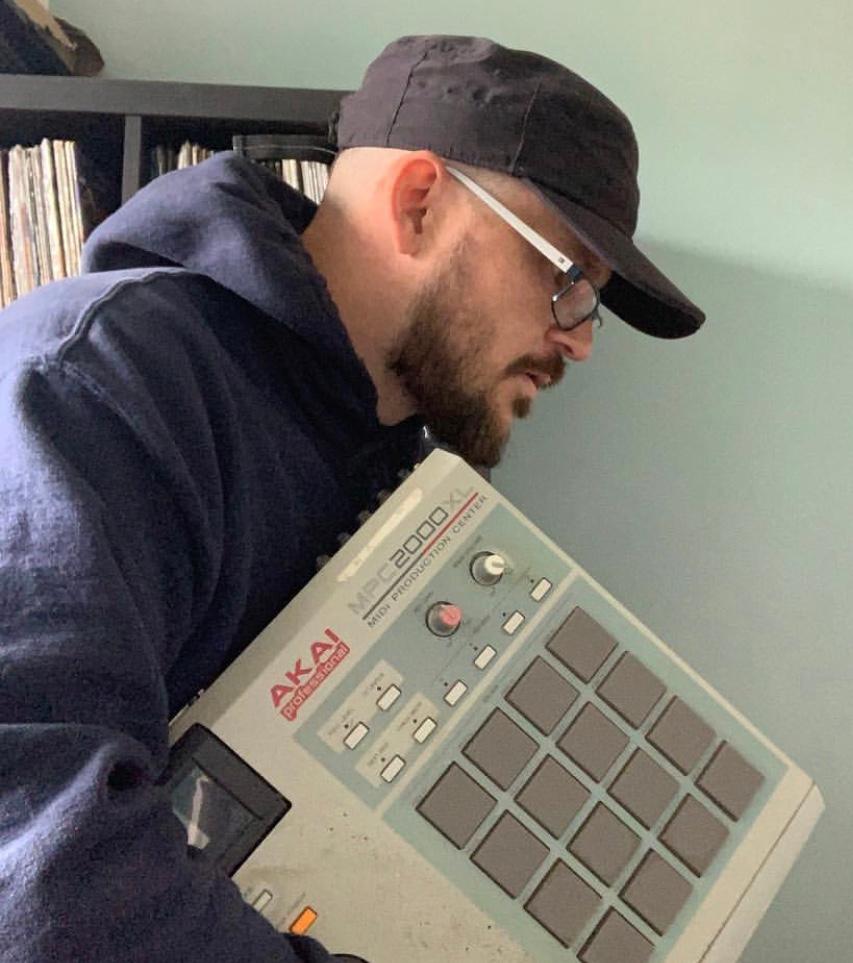 1. Kool G Rap & DJ Polo 'Streets Of New York' Priority Records "The sample set it off, but G Rap painted the perfect picture of how New York streets really are." 2. Myra Barnes 'Message From The Soul Sisters' King Records "One of the illest breaks of all time, when that piano drops is all the feels." 3. Real Live 'Crime Is Money' Big Beat Records "K-Def’s vivid beat hugely influenced me, and Larry-O blended his style perfectly." 4. Jedi Mind Tricks 'I Against I' Superegular Recordings "This lyrically is amazing, and I love how raw and organic it is. Perfected with one of the best beats I’ve ever heard." 5. Benny The Butcher 'Took The Money To The Plug House' Black Soprano Family "Benny is in a league of his own — the perfect blend with Alchemist equals an instant classic." 6. Hus & SmooVth feat Rozewood 'Ouija' Soundcloud "My guys penning some of the hardest bars — and the beat again is one of my favourites now, totally timeless." 7. Ka '30 Pieces Of Silver' Iron Works Records "Everything about KA is epic, from the beats to the rhymes — perfect modern day rap in a lane of its own." 8. Roc Marciano '1000 Deaths' Marci Enterprises "Roc Marci, perfect sauce over a raw cinematic beat — exactly my kinda of sauce." 9. Rome Streetz '96 Nauti Windbreaker' Bad Influenyce "Romez blended perfectly over this beat — reminds me of classic '90s rap." 10. Sonnyjim '$cramble feat Dash' Daupe! "Sonny is one of the best in the UK, and this track is always on repeat in the car."
back to top
DJMAG
all sections