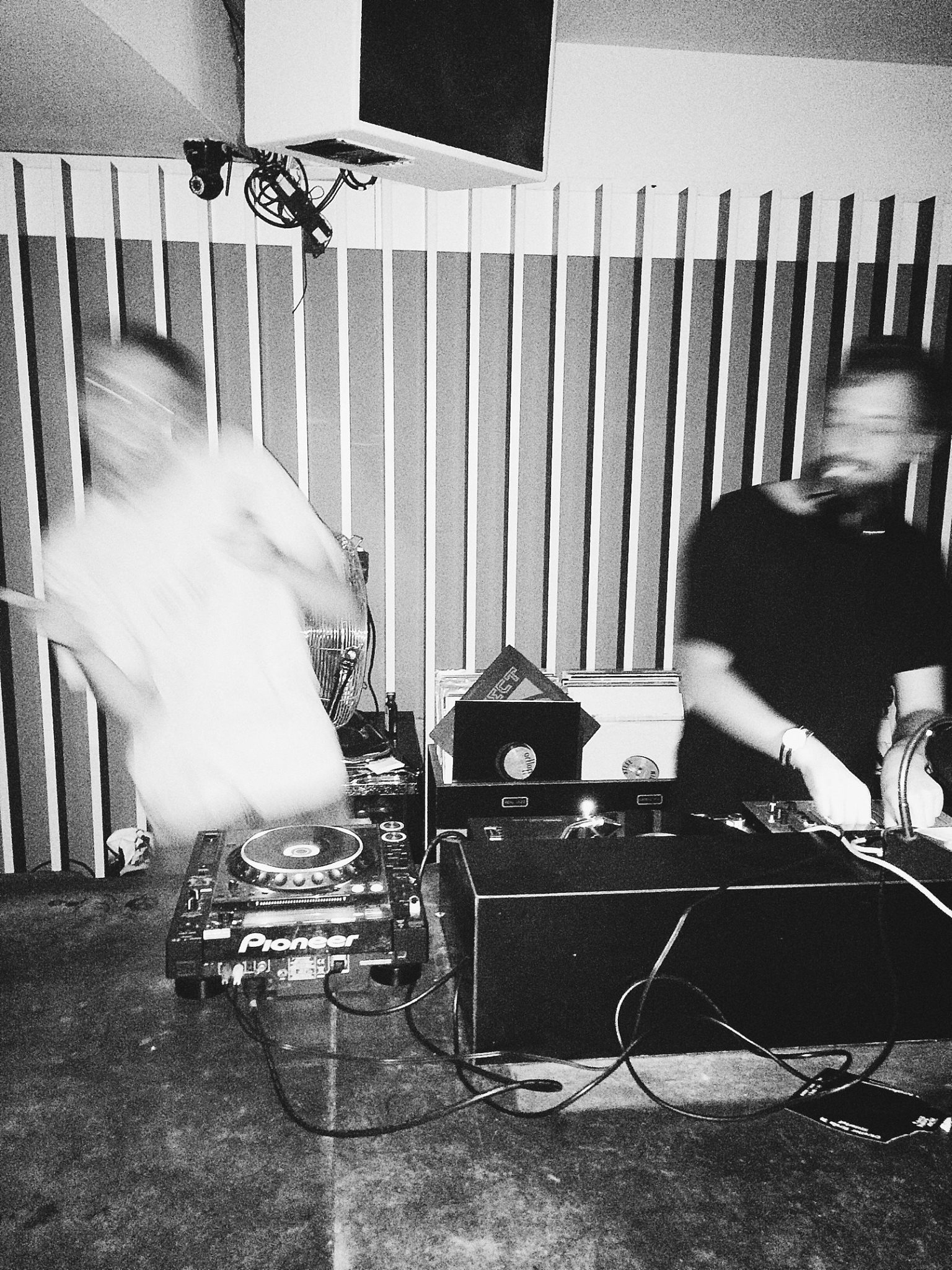 9.5
Facebook Twitter Google+
DK OK, aka DJ Ja and DJ Nein, drop some simmeringly demented house vibrations via Düsseldorf, Hamburg and Leipzig imprint Hundert. All harking back to some dim and distant rave, possibly on another planet, the Balearic Italo pianos flow like so much vodka limon, both on the brilliant 'Binary Touch' and 'Private Message'. They're serious head-turners. 'Moments In Code', winding things up, is like old school trance fused with skippy, New Jersey garage beats. It's a heady combination, and brilliantly original too. Bravo.

9.0
Facebook Twitter Google+
Tough yet emotional gear from the inimitable Rex The Dog here for the eminent Kompakt. Crasher comes armed with the arps, a pulsating dancefloor devastator that drops into dreamy Vangelis pads in a breakdown for the ages. On the flip, 'Hold It/Control It' harnesses the funk deep inside those machines, all swivel hips, a swinging bassline and bursts of ravey goodness. It's a proper party starter, so use it wisely.

8.0
Facebook Twitter Google+
Get Physical and DFTD alumnus Emanuel Satie doffs his cap to Souls Of Mischief's stone-cold classic '93 To Infinity', but gilds the lily in spectacular fashion. Where the original sample was found on jazz legend Billy Cobham's track 'Heather', Satie's managed to get not only the blessing to use it, but Cobham and his band re-recorded it for him because he liked it so much. The result is a rolling, emotive ride, with, obviously, some pretty serious keys going on.

8.0
Facebook Twitter Google+
Premium thunderousness from Seth Troxler here, on his own Play It Say It imprint, a precursor to forthcoming compilation set 'This Is Then', which will take in his last 10 years at the forefront of house music. 'Backclap' is a stripped back trip, simple but devastatingly effective. 'Aggression', as you might surmise, is an unhinged freak out to send people off their chops at 5am. Elsewhere, Heartthrob's track 'Signs' finds Troxler digging out his Thrill Cosby alias on the remix, dropping an irresistibly hollow bassline come the break. Bosh.

The Last Trip To Gandahar

9.0
Facebook Twitter Google+
The second track reviewed this month featuring the wild vocals of Erik Rico, this marks a welcome return to the fold after a fallow couple of years for City Fly Records, an imprint most favoured in these pages. 'Higher!' is searingly soulful in all the right places, and reaches dreamy heights thanks to a re-rub from the brilliant Byron The Aquarius. 'Escape Through Time', meanwhile, loops up a storm, a deep disco cut for the late nights and early mornings. A very special record indeed.

'I Write My Beats On A Calculator'

9.0
Facebook Twitter Google+
Another absolute stunner from Eddie Leader's Hudd Traxx, which appears to be on some scorching form. Goshawk, aka Matt Rhythm, one half of veteran house pairing Rhythm Plate, lays down Romanthony-esque loose, powerfully funky vibes with 'Get Up 2 Get Down', featuring vocals from Erik Rico. It's unstoppable, with two mixes from Art Of Tones going to work too. Star of the show might almost be B-sider 'The Dub Is Gone' though, a mucky free party house track of some considerable pedigree.

8.5
Facebook Twitter Google+
Just clipping things back a little from his massive, chart-worrying 'Same Man' from last year for Defected, Dutchman Franky Rizardo arrives at Joris Voorn and Edwin Oosterwal's Rejected with something slightly more understated. Only slightly, mind you. 'Revoke' is a classic builder, riding on a buoyant bassline, then gradually adding element after element. Soon enough, things are getting out of hand. It would be a sour face indeed not to crack a grin as the final drop comes surging in.

8.5
Facebook Twitter Google+
Vyvyan is the secret identity of, well, somebody secret, but with largesse of this magnitude, it's likely this could be a decent sized name in disguise. Not that that sort of thing matters. 'Source Rocks' is a brash, abrasive floor-filler, full of rasping synths and scything cymbals, with Paul Woolford pulling out all the wob-wob noises on his scorching '48hr Fever Dream Mix'. B-sider 'Wu Me Seh' chugs in all the right places, and a re-rub from Futureboogie's Christophe comes with the deep acid.

9.0
Facebook Twitter Google+
Out of Chicago, Ed Nine unleashes four tracks of pure, understated class for Inner Balance, the spin-off label the legendary Chez Damier created in Lisbon for his protege Jorge Caiado. On 'Bittersweet', the chords are warm, the bassline pleasingly rubberised, and the percussion loose limbed and swinging. 'Ghost' pulses and throbs, while 'Where The Wind Takes Me' brings in clipped ride cymbals and wonky pads. 'Journey On Clark Street', with its cheap piano chords — no Baby Grand here — is lean and mean. Real house music.

9.0
Facebook Twitter Google+
Apart from having the best name of any EP this year, 'Wasted Years Of Pumping Iron' delivers on all counts. Amsterdam's Frits Wentink hooks up with DJ Boring for a blazing three-tracker on Wentink's own Bobby Donny imprint. 'Oli Coony' smashes up rave breaks with messed up, tape-stretch samples and a bouncing bassline. 'Derek Antony' is a wonky, shuffling beast, while 'Chad Brothers', with its dusty New Jersey vibes, is a pleasure to be around.
Ben Arnold
Facebook Twitter WhatsApp

8.0
Facebook Twitter Google+
Loco Dice brings the party to the Martinez Brothers' Cuttin' Headz label with a slamming house affair, called, erm, '$lammer'. We can confirm, for the record, that it does as it claims.

'We We We Sampler'

8.5
Facebook Twitter Google+
This generous sampler from Man Power's forthcoming compilation from Me Me Me finds solid offerings from Shit Robot, Force Majeure and the brilliant Edmondson. Invest. 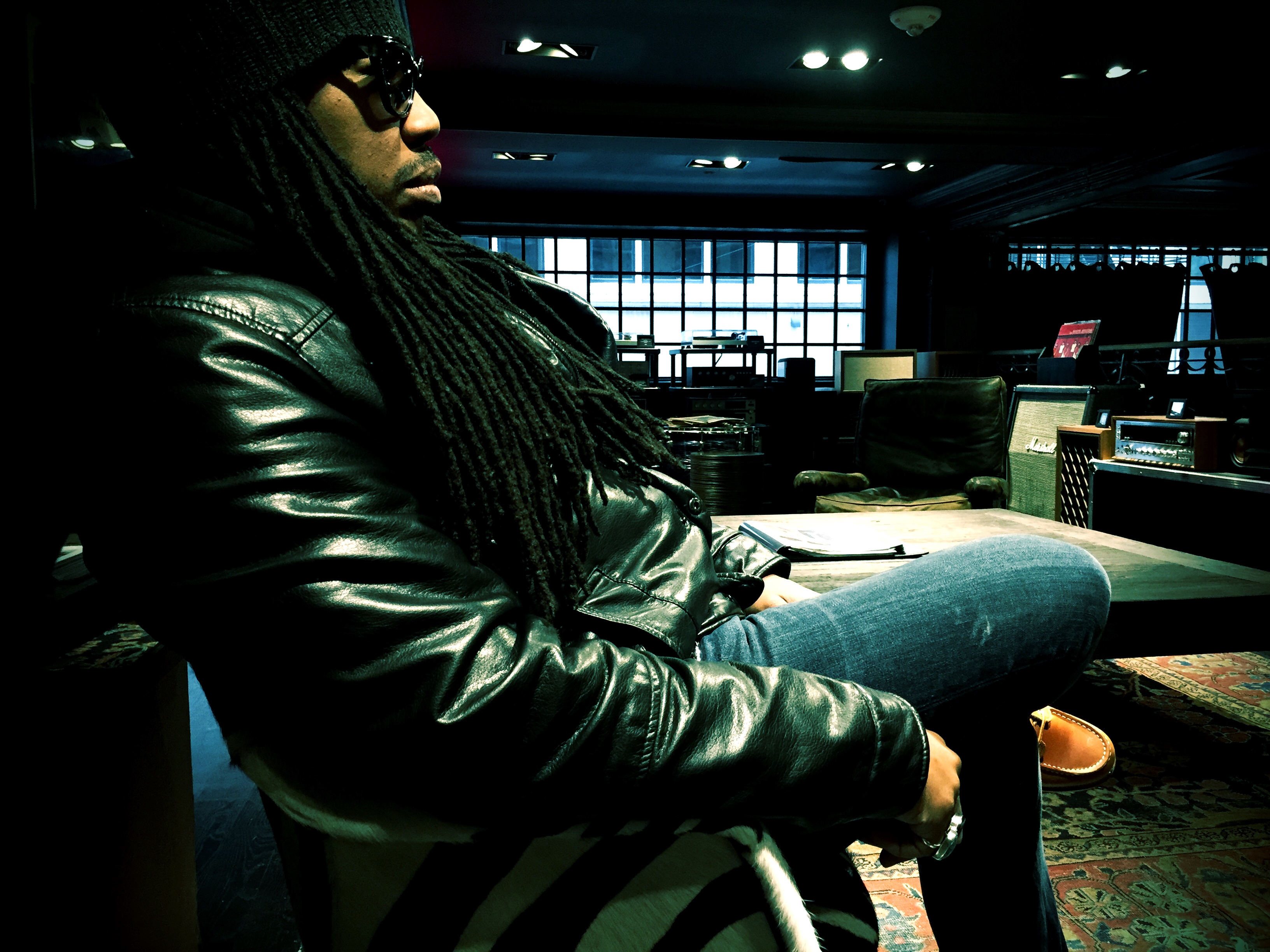 1. Trinidadian Deep & Lars 'Movement And Sonics' Neroli "Two of my favourite producers got together and made a dancefloor masterpiece. I tend to play songs that paint pictures and set moods; this is a credit to that sentiment." 2. Ilja Rudman 'Tears To Sound (RT Remix)' Northern Soul Records "When I was first assigned to remix this piece, I was not sure where I would take it. The outcome was an alternative texture that helps to tell the story of the vocal." 3. Trinidadian Deep 'Tribute Sound EP' Shelter Records "This EP in particular is special, because it is dedicated to a friend of ours who was a warrior in music. The track 'Dear Owen' brings home the respect for one of our own music community activists. He was from London town but he touched the world." 4. Nightmares On Wax 'Citizen Kane (Ron Trent Remix)' Warp Records "The original track is a great piece of work by none other than Brother George, aka Nightmares On Wax. I must say my version is a burner for sure. Has been receiving critical acclaim and if you don’t have it by now, then shame on you!" 5. Louie Vega and Joe Claussell 'It's Getting Deeper' Vega Records "What can I say about this that your imagination already does not know? Two master producers got together in one room some years back and created this electrical current." 6. Marc Tilley 'Coltrane (Atjazz Remix)' Atjazz Record Company "Atjazz did a great job capturing the essence of the original song 'Giant Steps' by our ancestral mentor John Coltrane, bringing it to a dancefloor perspective. Serious." 7. Aybee and Lars Bartkuhn are The Astral Walkers 'Passage (Full Experience)' Deepblak "This arrangement is the sound that I used to push at my NYC residency Giant Step Sessions back in the day. It never gets old. Jazzy, soulful, and well thought out." 8. Cassy x Pete Moss 'You Gotta Know (Ron Trent RX)' Kwench "I was canvassed by the well-respected DJ/artist Cassy to remix her new venture. It’s a pleasure to help bring a stroke from my brush to another artist's painting, to inspire something new." 9. The It 'Monterey' FVW "If you are not familiar with The It, the outfit curated by Larry Heard and Harry Dennis, then you might want to discover the wonderful masterpieces of their past releases." 10. Cannonball Adderley 'Fun In The Church' Capitol Records "Last but not least by any stretch of the measure. One of my personal favourites. I play this one quite a lot at home, and when I am playing longer sets for a musically open-minded room."
back to top
DJMAG
all sections