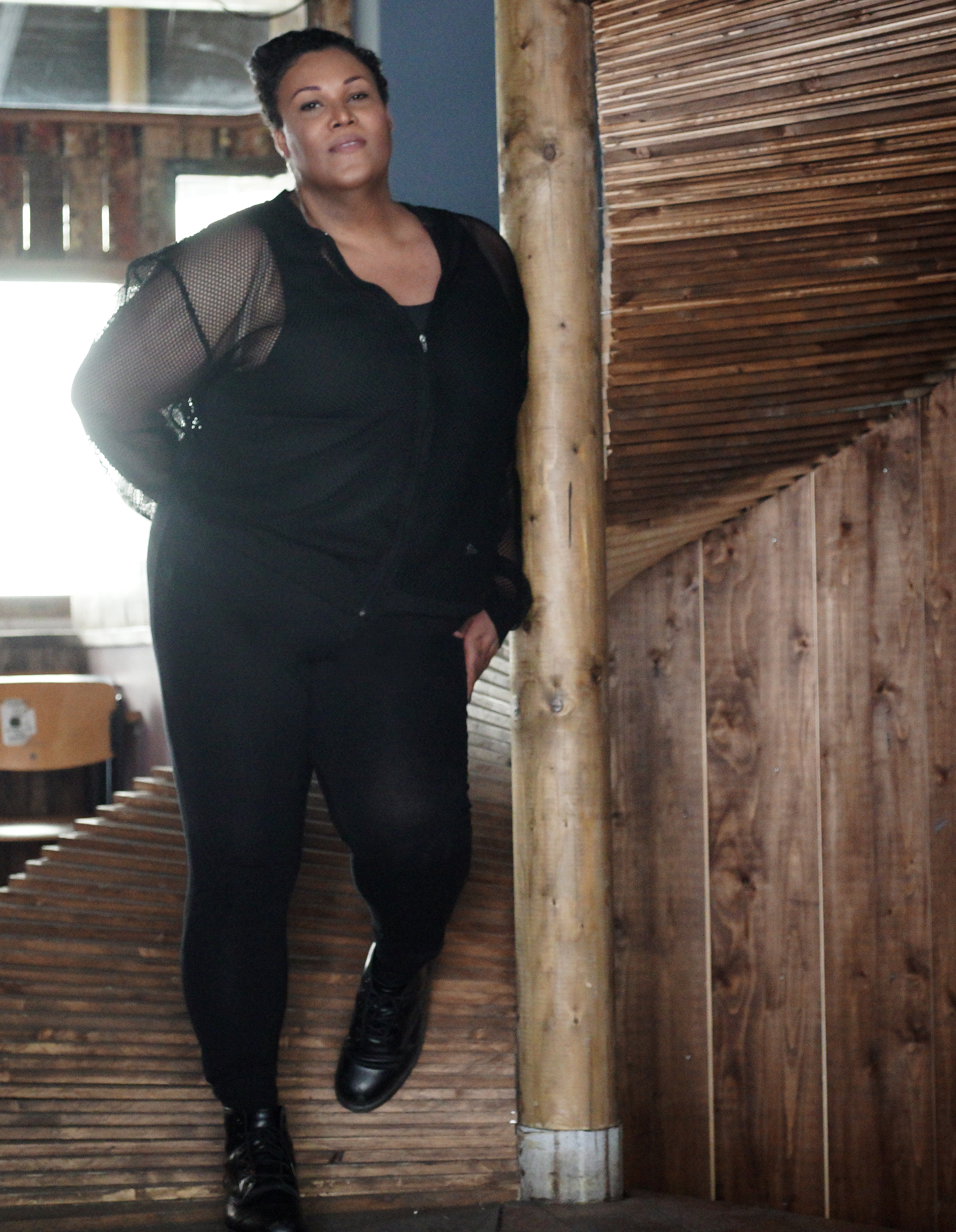 9.0
Facebook Twitter Google+
An absurdly generous double pack of dancefloor devastation from Berlin-via-San Jose native Lady Blacktronika. Disc one brings the hustle with four new tracks, while disc two drops four more, previously only available digitally and now resplendent on wax. There's only space for highlights here, but rest assured, this is all fire. 'Love Room', 'How I Learned' and 'Body Move' hypnotise with swirling vocals and old school sensibilities, while 'How Strong', with its New Jersey-esque 909 skip, and the beamed-from-space 'Love Comes To A Beginning' are just stunning. Don't sleep on this.

8.5
Facebook Twitter Google+
Majestic deepness from Berlin's Dana Ruh, unveiled on Molly's burgeoning RDV imprint, just five releases in but already making a weighty impression. 'Natural High' is laden with echoes of Distance, Guidance or Cajual, and has a hollow bassline and dub stabs, coupled with lush pads. 'Moonday' plumbs yet deeper, a hypnotic, relentless groove, propelled by rattling hats and occasional burbles of acid. It has a stunning crescendo. 'Vattenfall My A' is initially dark and murky, before suggesting light with pulsing synths, and rattling tambourines. Molly's own mix is also pleasingly substantial.

9.0
Facebook Twitter Google+
There's nothing official about this, but you would truly hope that Beyoncé would approve without reservation of this blazing, peak-time, bring-you-to-your-knees, Afro house reinterpretation of the Timbaland-produced 'Grown Woman', delivered by Monologues and Sterns Edits boss man Ben Gomori. Laden with clattering drums, it builds, it drops, it builds, it drops. Sounds simple, but simplicity is the hardest thing of all. This nails it. Hats off, and hands up, if you please.

Part Of The Gang

8.5
Facebook Twitter Google+
DJ/producer tINI launches new label venture Part Of The Gang with clear, funky intent. 'The Authentic Blach' shakes and grooves, amid a thick barrage of prodding, tranced-out synths. The legendary Mr G turns in a pretty stunning dub too, with a kick-drum that gets deep into your chest. 'Shakesbeer' features spooky vocals from Steffy Argelich, coupled with equally spooky bleeps, thick with delay. 'Synthia' couples a classic break with falsetto from JAW (of dOP fame). This is a gang we want to be part of.

8.0
Facebook Twitter Google+
Via Francis Harris and Anthony Collins' scarcely short of wonderful Scissor & Thread, out of Brooklyn, Nadia Khan presents five tracks of lush, ambient house. 'Local Visit', composed with Harris, blends warming, radiant pads with skittering, wooden percussion. S&T regular Alex Albrecht, aka Melquíades, takes on 'Restless', where distant kicks and hats blend with soul-tugging pianos. 'Sorting Through' is 'the one', as it were, all deep, swelling joy, with layers of pulsing, lo-fi synths, made for sunsets and sunrises.

8.0
Facebook Twitter Google+
Supremely classy vibrations from Sascha Dive on Cassy's sterling Kwench label, with three cuts for late nights and early mornings. The quietly chugging 'Spiritual Zombie' combines distant jazz with a pulsating bassline. 'Jack The Ripper', meanwhile, with its Chicago via Berlin sensibilities, couples a tripped-out wig-out with a solid, jacking groove. But the heavily swung 'Gadgets & Buttons' could be the go-to here, though, with moody, woozy synths and crunchy percussion propelling this into orbit.

8.0
Facebook Twitter Google+
Having upped sticks from Melbourne — where she was resident at the revered Revolver — Dokutoku label boss Katie Drover is now in Berlin, dropping simple but devastatingly effective grooves such as 'Theorem', seen here for Jorge Caiado's Lisbon-based Carpet & Snares, all deep jazz chords and subtly evolving percussion. 'Take My All' is woozy and weird, stuttering percussion and muffled stabs inhabiting the dark recesses. On the flip, 'Struck', heavy with underpinned swing, rumbling bass and, later, wonky gated synths, is understatedly spectacular.

8.0
Facebook Twitter Google+
Hidden Spheres, aka Manchester's Tom Harris, busts out three slices of vital house music for new Lobster Theremin off-shoot Lobster UNDR, dedicated specifically to "nostalgic, moody, deep and dark club traxx". 'This Is 4U' most accurately fits the bill, though the mood lifts significantly when those blissful, enveloping pads emerge. 'McKenna's Mind' brings the arps and a busted up break, while 'Lazer Beam' pulses with squeezebox stabs, brassy rides and occasional swells of warmth to take the chill off. Very nice. 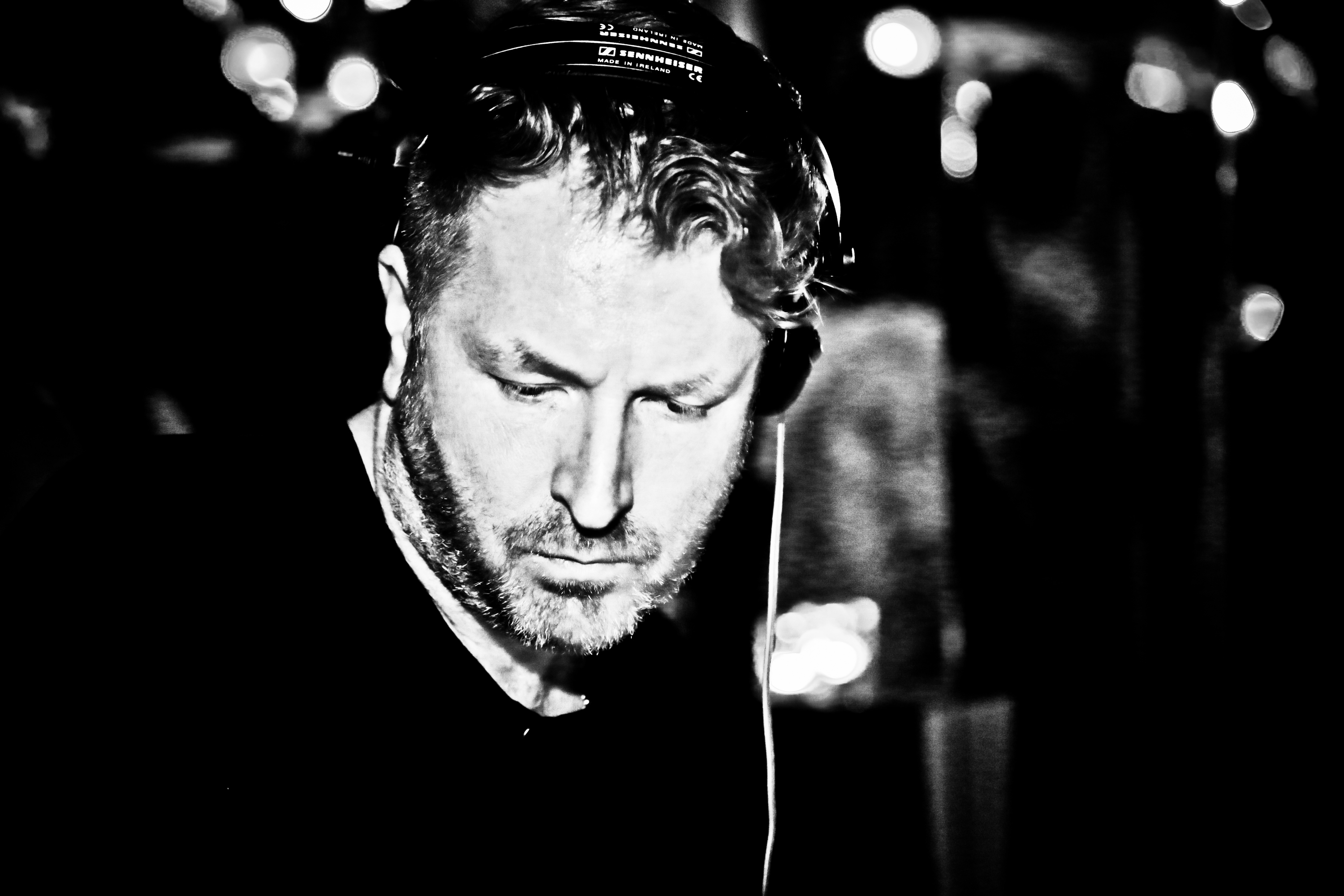 1. WSQ01 'Ligai' White Label "I don’t know much about this record, apart from that it bangs like the proverbial barn door. All three tracks have an electronic, techy edge to them but still feel warm and organic." 2. Austin Ato 'Ella/Putting It In My Way EP' Delusions Of Grandeur "Austin Ato can do no wrong in my eyes. All his output this year has been spot on, with the perfect combination of raw, dancefloor energy and a musical approach." 3. Tommy Rawson 'Deep Blue' Bergerac "This is a mighty fine slice of unashamedly uplifting jazzy house on Red Rackem’s Bergerac label. This could have quite easily slid across the line to the cheesy side, but it’s so well put together." 4. David Mayer 'Movement (Moscoman Remix)' connected "The Stereo MCs' label goes from strength to strength with this Moscoman remix, absolutely killing it from their latest compilation, Connected Selected." 5. Saine 'Act Natural' Delusions Of Grandeur "Saine has long been on my wish list to get on Delusions, following brilliant releases on Odd Socks, Voyage and Fina. In my opinion, this is his best release to date." 6. Jimpster 'Curve' Freerange Records "I tend not to drop too many of my own productions when I’m playing out, but I have to say both 'Curve' and 'The Sweetness Of That Song' have been sounding pretty solid." 7. Westcoast Goddess 'Strung Out Ditty' Heart to Heart "I don’t know too much about Westcoast Goddess, apart from that he’s had previous releases on Omena and Bergerac. This new one on Heart To Heart is right up my street." 8. Simbad 'Take My Hand feat Brian Temba' Freerange Records "Sublime, slo-mo deepness on this gem from prolific London producer, WWFM regular and club DJ Simbad. One for the discerning soulful floors." 9. Stephane Attias 'Body Fusion' Visions "Slick, smooth, soulful house how it should be done. Deep and jazzy vibes emanate from this epic jam, loaded with lush Rhodes." 10. Nebraska 'A.T.T.A.T.C.Q. 03' Friends & Relations "Nebraska pays tribute to the greatest hip-hop outfit of all time on this latest release for his own label. Five classic TCQ samples get housed up."
back to top
DJMAG
all sections