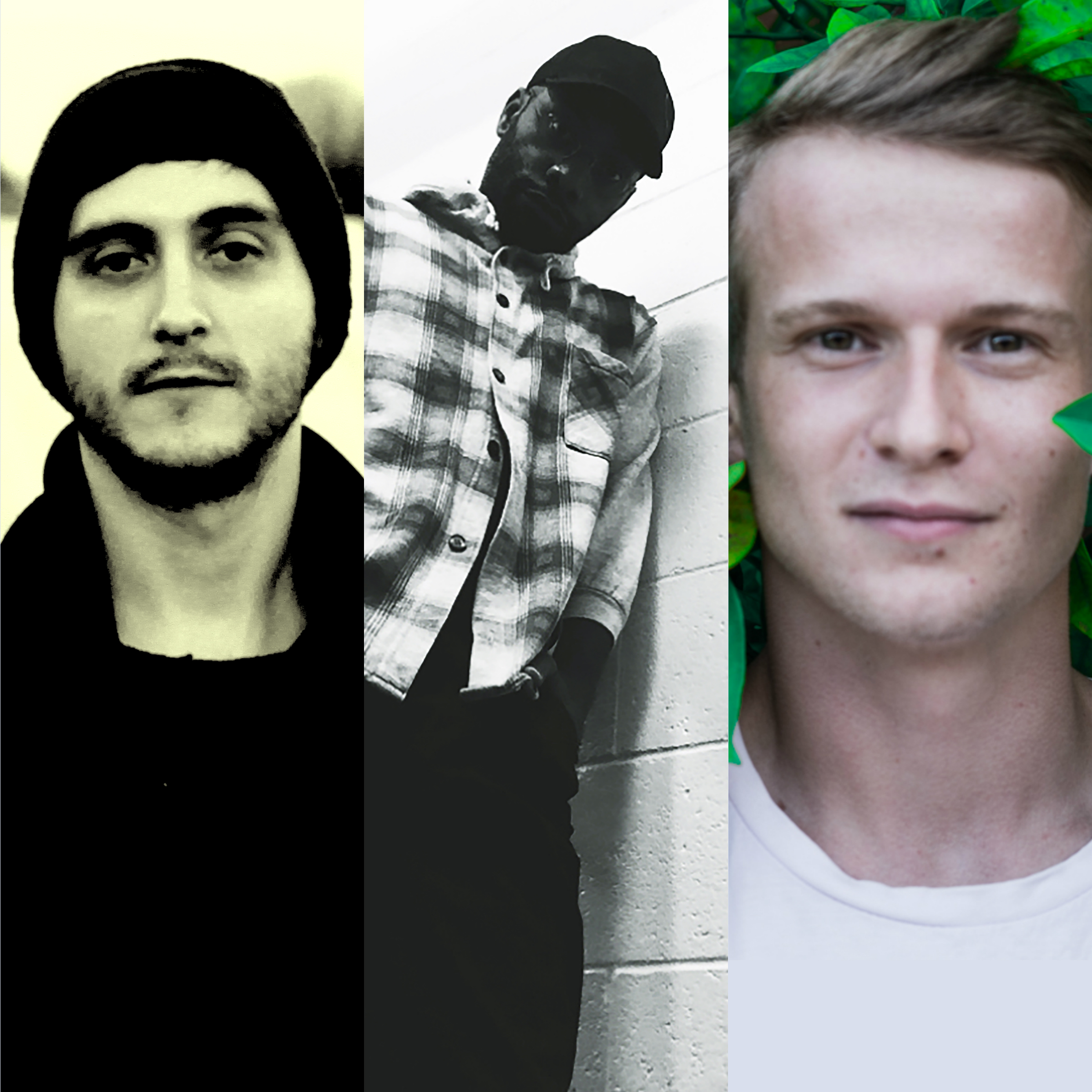 9.5
Facebook Twitter Google+
A stone-cold stunner from this dream team, comprising Toy Tonics regular Riccardo Paffetti, aka Black Loops, Sydney's Nikoss and the inimitable Seven Davis Jr on the mic. Courtesy of Barcelona's Neovinyl, if this release isn't the sound of your entire summer, then you're getting house music wrong. 'Remind Me' has it all; soaring strings, jazz keys and a vocal from Davis Jr to melt souls at fifty paces. It's perfect. On the flip, 'Good Things' would be enough to carry its own EP with ease, but coupled with 'Remind Me', they're just showing off. Purest fire.

9.0
Facebook Twitter Google+
With just one release under his belt, for London's Breaker Breaker, this from Haider Masroor is properly audacious. Opening gambit 'You' cares not about easing you in, a roughly industrial beat goading you to keep listening, giving snippets of texture here and there, a synth blast or some rubbery delay, before dropping ethereal chords and R&B vocals under heavy disguise. It's masterful. 'Yellow Cake', by contrast, bursts into warm machine jazz, meandering pianos and lo-fi video game noises. 'Robocop' is straight up gritty electro with deep soul.

9.0
Facebook Twitter Google+
Fort Romeau, aka Michael Greene, tips up in fine style for Munich's eminent Permanent Vacation, wearing his Jean-Michel Jarre laser gloves. This is, in part at least, pulsing, muscular, psychedelic Euro-disco, and all the better for it. On 'Just', there are orchestral synth overtures, before the acid drops. 'Eye Of Re' tips the scale towards the more epic sounds of the Norselands, while 'Visions' could have been ripped from a 1991 Sven Väth cassette found in the footwell of a Fiat Panda. Closing out, 'Heaven & Earth', with its thick bass presence and building, turbulent ecstasy, is just perfect.

9.0
Facebook Twitter Google+
Enveloping vibes from Brookyln's Scissor & Thread via Black Light Smoke, the alias of Jordan Lieb, who also moonlights as an Emmy-winning composer for film and TV. We'd stick to this sort of thing, to be honest. 'In Gold' has a hollow Juno bassline and grand, sweeping atmospherics; 'City Life' is thick with the hum of hardware, vocals distant and soulful; 'Make My Peace' also busts out those Juno vibes, the distortion only barely controlled; and 'Up In This' lightens the mood, classic Roland drums pinning down ethereal pads. Lastly, 'Without You' builds to a devastating mid-way climax. It oozes class.

9.0
Facebook Twitter Google+
Whipped from Locked Groove's forthcoming album on Hotflush, these two tracks fully — and we mean FULLY — embrace the rave. But not in the lazy, derivative manner which is becoming all too prevalent of late (it's not enough just to stick an old school break on everything, alright?). Reminiscent of William Orbit's seminal Guerilla output, on 'Out Of Orbit', distant divas call out before string stabs emerge like shards of jagged light from the heavens. On the flip, 'Wally's Groove World' is a tribute to Antwerp's stately vinyl emporium, a chunky, chugging prog-house anthem.

9.5
Facebook Twitter Google+
Manc don Ruf Dug's penchant for video game soundtracks is evident in this voyage of 8-bit discovery for Bristol's Futureboogie. The ultra lo-fi solo vibes on 'Boat Party', for example, are more from the Bontempi school than the Roland. It works a fucking treat. 'Techno Cave' brings more width, with brassy stabs bursting through the big-room reverb (while a mix from Sharif Laffrey rolls and chugs, with bursts of acid). 'Abandoned Pyramid', arguably the pick of a dazzling bunch, goes all 'forest floor' with its sound design, pianos and synthesised pan-pipes, bringing the spine-tingling Balearics.

8.5
Facebook Twitter Google+
Paris-via-Bordeaux producer Marina Trench drops a debut EP on DJ Deep's Deeply Rooted imprint, and it's blazing. Vocals swim in the ebbs and flows of 'MTME', with breezily warm chords, a pulsing bassline and piano stabs. 'Cascade' jams garage vocals with reversed piano chords, while 'Boucle Bleue' is a wonky, hands-in-the-air anthem to send early morning dancefloors into a real pickle. The legendary Kerri Chandler answers the call to re-tool 'MTME' in deep tech style, while Roman Poncet and Deep himself inject some dreamy tribalism into 'Cascade' under their Fang alias.

9.0
Facebook Twitter Google+
Montreal's Clarian returns to Kompakt with a dazzling three-tracker, following recent collabs with Tiga and the legends that are Felix Da Housecat and Jamie Principle. He's perfectly capable of shining on his own, of course, as this shows so eloquently. Title track 'Time Safari' is a towering beast of a track, moody and magnificent, with production so thick you can stir it. On the flip, 'Ancient Cave' is disorientating, its hypnotic arps all woozy and weird. But it's 'Early Life' that stays with you, a shimmering, Balearic masterstroke.
Ben Arnold
Facebook Twitter WhatsApp

8.5
Facebook Twitter Google+
There are few to rival Andrew 'Butane' Rasse for his enviable mastery of all things bottom-end. God knows how he does it. Here, 'Gatekeeper' is a keeper alright.

8.0
Facebook Twitter Google+
Me Me Me boss Man Power introduces this from fellow Geordie, Blevins, an acidic bombshell, with a dazzling re-rub from the brilliant Austin Ato. The latter is worth the entry price alone. 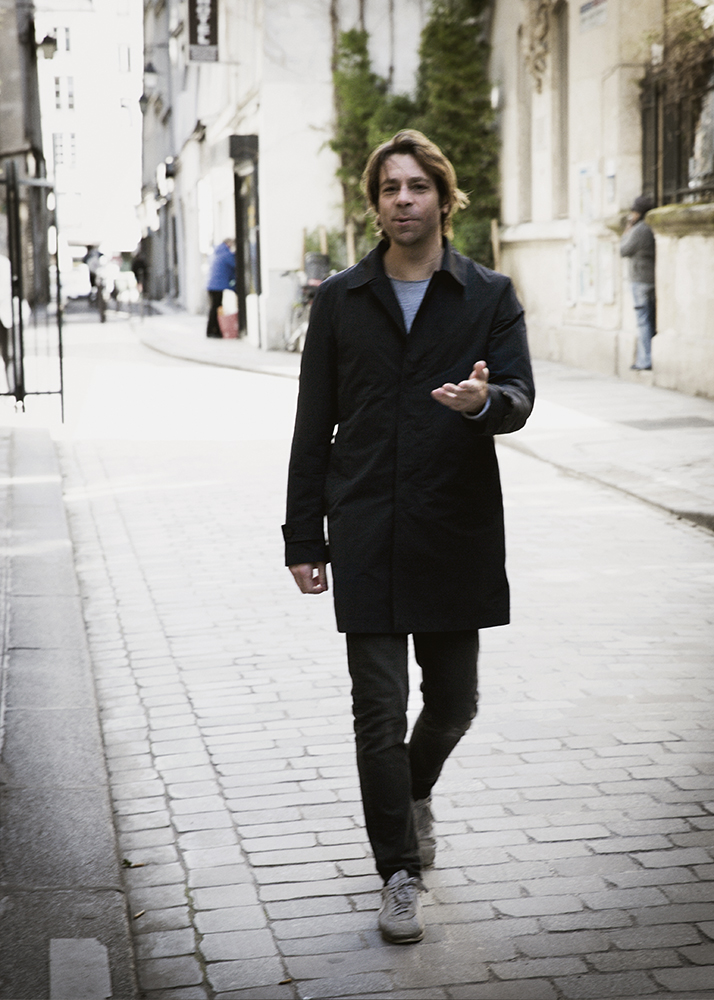 1. Mr G 'Home Alone' Bass Culture Records "The bass master is back on my label to celebrate its 10th anniversary." 2. Leo Pol & Victore Petros 'Petrosian' Ille Records "I've been playing this bomb in all my sets since last summer. Coming out on Leo Pol's imprint." 3. Point G 'The Call (D'Julz Remix)' Point G "Being a big fan of Gregory's project since day one, I'm very honoured to be part of this massive remix package." 4. Aubrey 'Gravitational Lensing' Out-Er "Beautiful and versatile long-player from one of my favourite UK producers." 5. Willie Graff & Tuccillo 'Colourful Orbs' Final Session "These two gentlemen are finally back together and deliver the goods on this superb label." 6. Tripmastaz 'Dublikator' Tarlouffe "My Russian buddy is on a roll. Lots of great tracks coming up. I particularly enjoy this EP from the Yoyaku crew." 7. Teeloo 'In My Heart (D'Julz Remix)' No. 19 Music "My rather ravey interpretation of this very cool track on Jonny White's quality label." 8. Delano Smith 'Prince' White Label "Delano's brilliant homage to his purple majesty." 9. Veggie Warehouse 'Vector Selector' Jeep Warehouse "This very rare early '90s tune produced by an old NY friend is getting reissued soon." 10. D'Julz 'Lemon Juice' Bass Culture Records "My first solo record on Bass Culture in two years, showing three different sides of my sound."
back to top
DJMAG
all sections