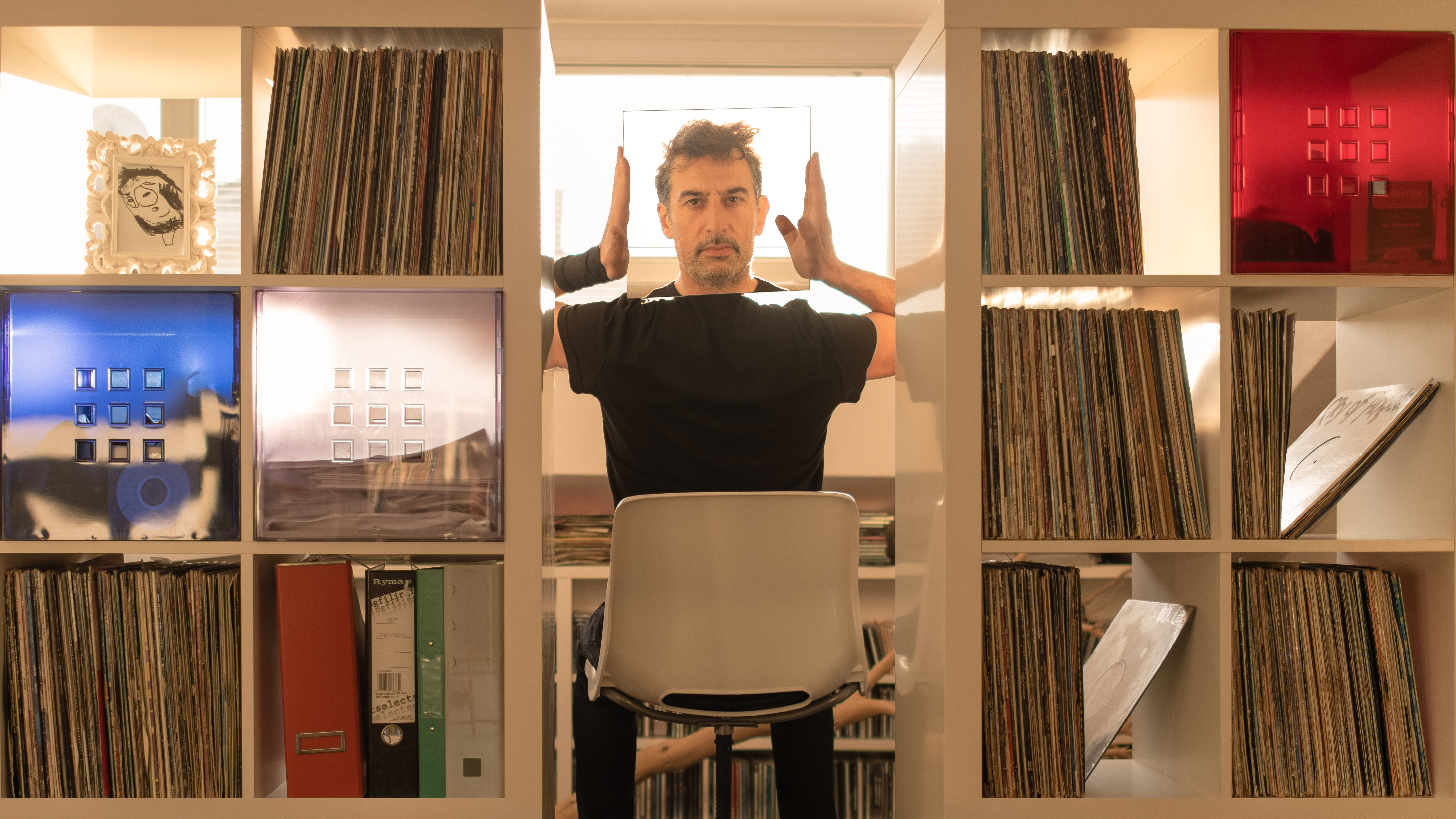 9.0
Facebook Twitter Google+
House veteran Dino Lenny pitches up for Hamburg's Hafendisko with 'Camouflaged', a thing of chugging, pulsing glory. There are grand, deep piano chords and moody strings, bursts of brassy synths, messed up vocals, clanging bells and a breakdown for the ages. While the original eschews the four-four, his powerful, surging 'Black & White Mix' panders to the wide-eyed wonder of the wee small hours with a driving loop. Hafendisko regular Brynjolfur brings a 303 bassline and a moment of towering clarity with his mix, which could be the highlight here. A highlight among highlights, at any rate. Gorgeous.

9.0
Facebook Twitter Google+
Barely Breaking Even has been barely breaking even for 500 releases, a testament to its stamina and unfaltering passion for quality music. As a fitting celebration of this bewilderingly impressive milestone, what greater honour than to have the track which gave the label its name remade by Louis Vega, with assistance from Salsoul and Prelude legend Patrick Adams, Black Ivory's Leroy Burgess and the Universal Robot Band. Vega provides a soaring, string-heavy boogie version, along with a wealth of serious club mixes, notably the irresistible 'NYC Vamp Dubs'. Here's to many, many hundreds more.

9.0
Facebook Twitter Google+
Having made a rare splash on Moodymann's Mahogani Music, Dan Shake brings two tracks of high octane disco devastation to Denis Sulta's Sulta Selects offshoot, Silver Service. Neither of them fuck about in the slightest. 'Bert's Groove' has space toms, rolling congas, bass slapped to within an inch of its life and a pounding four on the floor. On the flip, 'Daisy's Dance' begins as a more low-slung, lugubrious groove, but soon enough, ebullient disco horns and soaring vocals are sending you to heaven on the back of a rainbow unicorn. It's a most joyful thing.

8.5
Facebook Twitter Google+
A ludicrously generous six tracks of shuffle-heavy house and other matters here from Sumo, out of Stuttgart, repping for Berlin's venerable Sonar Kollektiv. Kicking off with 'Yapasu', the kick hits you in the chest, while its UK garage vibes are strong. 'Itsa' is a half-step groove with blasts of rave chords, while 'Dahilt' uses bursts of eastern vocals like percussion, while warming chords and off-centre stabs duel. 'Shima' and 'Hokori' are like '90s London pirate radio meets DJ Seinfeld and Matthew Herbert. So good.

9.0
Facebook Twitter Google+
An old-fashioned, feel-good house jam from Brooklyn's Moon Boots, via Above & Beyond's Anjunadeep, reminiscent of Roach Motel and Fire Island, Farley & Heller's much revered aliases of the early '90s. 'Juanita' features soaring diva vocals from Kaleena Zanders, warming synth stabs, joyous pianos at the break and a driving digital bassline that will propel the whole thing towards absolute dancefloor devastation. Even the moody sods at the bar will be abandoning their tops and cuddling strangers.

9.0
Facebook Twitter Google+
York (not New York)-based Popka has fair clouted this out of the park for the legendary Nervous. Which is in New York, of course. Not York. 'From The L' mashes up a lush jazz sample, with some heavyweight Jersey-style beats butting up against sweet electric piano chords and swinging rides. 'Club Hopper' is the big one, a thunderous loop and bassline one-two punch. 'Get Down On The Roof' has soaring strings, blissful vibes and Balearic house chops, giving this sterling three-tracker all the versatility required to lodge itself in your box for the remainder of the year, and likely well beyond.

8.5
Facebook Twitter Google+
Kotelett Heiko and Martin Zadak return for a second bite of the cherry on Steve Bug's Poker Flat, following last year's twinkling 'Clovis', with another absolute stunner. This time they've come with a one-tracker, always a ballsy move, but why muddy the conversation with extraneous details? 'Never Enough' is a brooding, chugging behemoth punctuated by hollow percussion and galactic interference. It builds to an admirably subtle climax, all understated class, but with production this pristine, you know an awful lot has gone into making this sound as elegant as it does.
Ben Arnold
Facebook Twitter WhatsApp

8.0
Facebook Twitter Google+
Dream Soda boss Hug3, aka Eugene Glasgow, drops three basement moods here: 'Breathe Easy' and 'I Love I Love' twist up deep loops, while 'The Secret' rips off its shirt for the win. 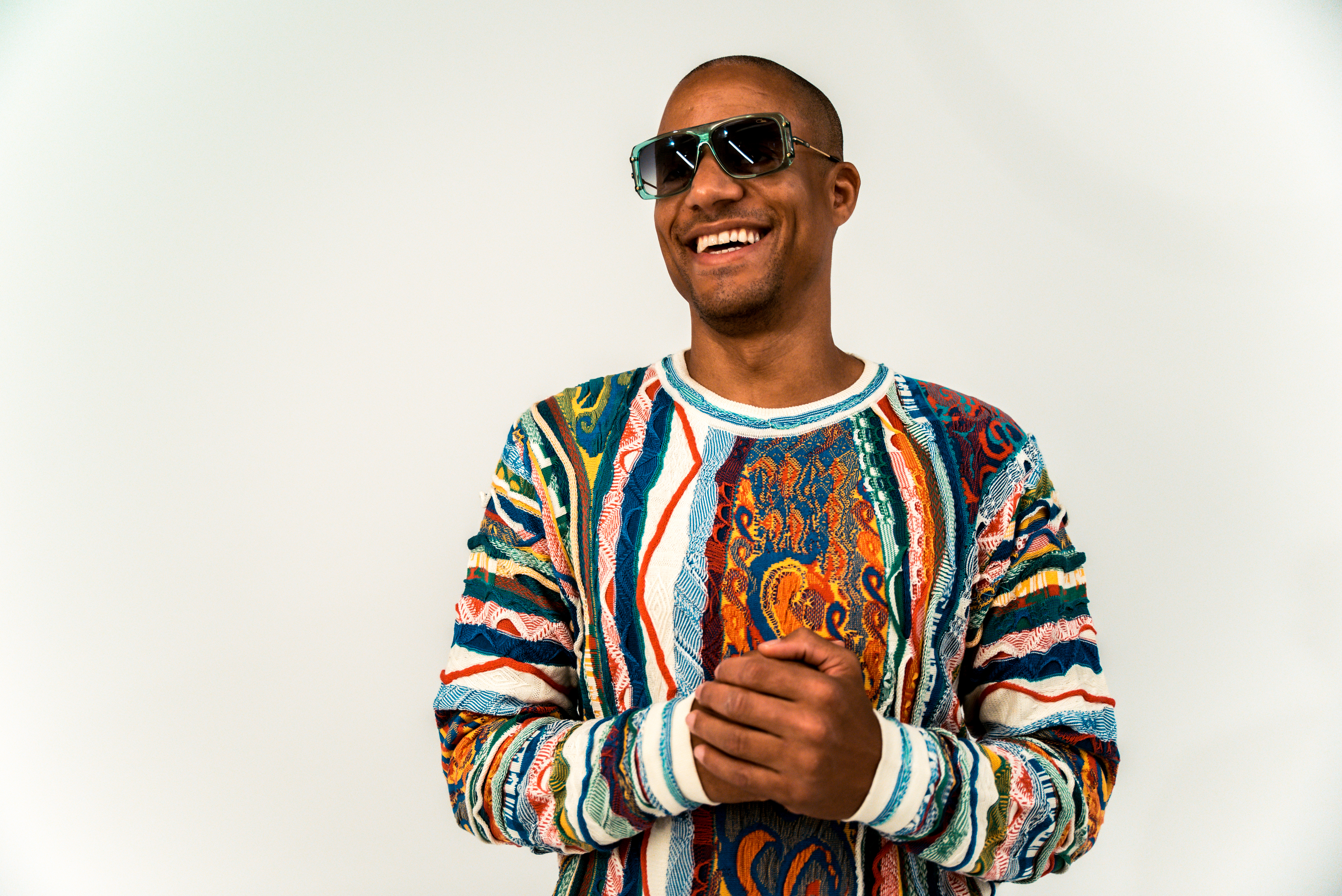 1. Floorplan 'So Glad' M-Plant "Robert Hood keeps delivering the goods, again and again. Another gospel fuelled banger that sits right at the cross section of house and techno. Drop this and watch floors erupt." 2. Paul Woolford 'You Already Know (Extended D-Mix)' Positiva "This is a huge record, evoking Detroit and Inner City. The piano break just pulls on the heart strings. Classic Woolford. Banger!" 3. Ben Rau 'Systeme Solaire' Inkal Music "My label Inkal has now gone digital, and this EP was previously only available on vinyl. It's a glitchy, futuristic house record with trademark Ben Rau sounds." 4. S.A.M 'Fury's Laughter' PIV "The house record of the summer on PIV, my favourite Dutch label and party by S.A.M of Mandar. It's great to see underground house charting on Beatport again." 5. Chris Stussy & Toman 'What U Do' META "Huge track from Stussy and Toman on my label Meta. The guys are definitely ones to watch and have been churning out some amazing music recently." 6. DJ Seinfeld 'Galazy' Young Ethics "Whenever a producer does something unexpected, which is totally different to the work they are known for, I take note, as it takes courage to change direction. Seinfeld nailed it with this EP." 7. Jansons 'Take Me Away' Four Thirty Two "Jansons is an exceptional talent, and he gave me this track almost a year ago. They finally got the vocal cleared and it became an official release on Richy Ahmed's Four Thirty Two." 8. Capeesh Society 'Sorry I Have Bills' Capeesh Society "Capeesh Society came to my attention a few months ago. He has a knack for killer grooves, and I also love the name of this track." 9. Ben Rau 'What Is Love' Inkal Music "This track has been long awaited. I finished it almost two years ago and people heard it in mixes and my sets and kept asking when it was coming out. It's finally getting a release on Inkal in September." 10. Nima Gorji 'Good Night Stories' Talman Records "A deep groover from Nima. I have played this one consistently over the summer. It's the perfect early track to ease people into the set."
back to top
DJMAG
all sections