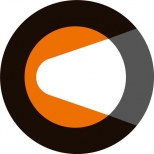 9.0
Facebook Twitter Google+
Swiss luminary Deetron, aka Sam Gaiser, unveils the second track on his fledgling Character imprint, following countryman Ripperton dropping the label's opening gambit over the summer. He's not fucking about, as they say. The first few bars, simple yet pounding as they are, seem to hint there's something in the post. It's all almost too simple. Then the piano drops and it's like Underground Resistance in their heyday, Detroit circa 1993 — you're in a warehouse, you've got your top off and you're punching the air. There's even a mucky piano-free dub too. It's just thoroughly brilliant.

8.0
Facebook Twitter Google+
Thank the lord for things like this. Modern, edgy house music which isn't just slavish, old school revivalist nonsense. Though we do like that too, sometimes. Just not all the time. Anyway. Wunderkind Gerry Read drops this sparse three-tracker for Will Saul's Aus Music, a wobbling, warping machine groove, all tin-pot percussion and a man saying "numbers". Simple, but totally engrossing. 'Cosmoid' has a bit more shake to it, a more relentless, warehouse smasher, juxtaposed with gentle melodic arps. Very clever. The Nathan Fake mix of the title track is ace too, obviously.

8.0
Facebook Twitter Google+
It's been over three years since Maya Jane Cole's last outing on Anja Schneider &amp; Ralf Kollmann's venerable Mobilee. Since then, it's fair to say things have "gone totally mental" for the producer. But now the dust has settled on her debut set for I/AM/ME, it would appear she's back in the game for producing sturdy, heads-down club music. 'From the Dark' bristles and shuffles skilfully, but it's 'I Would Fly' which wins out here, a frisky, hypnotic loop which burrows itself into the mind.

8.5
Facebook Twitter Google+
Next time you see some kids on the bus going on about deep house, while playing something rubbish from the charts, play them this, and explain that this is what deep house really is. As they rain punches down on you, you can also explain how Hard Times in Huddersfield was one of the most important clubs ever, playing deep house and tough garage from the US while most others were buggering about with handbag. Reinvigorating the label with this devastating classic, complete with new remixes from Ralph Lawson &amp; Tuccillo and DJ Spen, you can pop this on on the way to A&amp;E.

9.0
Facebook Twitter Google+
There's not much to know about Paradise Box, other than the sterlingly old school 'Slave 2 Knowledge', emerging on Hot Shot Sounds earlier this year. This, for Greek house imprint Echovolt, is a more sumptuous exploration, 'Reel Nitty Gritty' heavy with Mr Fingers basslines and delay-laden hollering from the inimitable Loleatta Holloway. Over, 'Crimes of the Heart' is shimmeringly beautiful, delicate house music, while 'Oak Park', thick with euphoric strings, will send shivers down your spine. Magnificent stuff.

8.5
Facebook Twitter Google+
Berlin émigré Subb-an returns to Crosstown for this chill-inducing anthem, complete with vocals from Willem de Bruin, one half of Amsterdam pairing The Million Plan. There's a rolling 'Terrace Dub' too, all dark and minimal split with occasional shards of synthetic light. But it's when you reach the Matthew Herbert mix that the true mastery is revealed. Herbert's take is untouchable, like his life-affirming house mixes from the late '90s/early '00s, where he'd strip a track to its barest bones and rebuild it like a wonky robot. But one of those robots that thinks he's a human. Amazing.

8.0
Facebook Twitter Google+
Cowboy Rhythm Box is the new collab between Nathan Gregory Wilkins and Richard X for Erol Alkan's blazing Phantasy Sound imprint. Pivoting on a hypnotic, repeating female vocal (no idea what she's saying, mind), a bouncing bassline, and thundering drums, it's disorientating in all the right ways. Over is 'Rattle', a throbbing EBM affair, all clattering percussion and what sounds like Japanese girls singing playground rhymes. There's just not enough of that in house music, so, y'know, kudos.
admin
Facebook Twitter WhatsApp

8.0
Facebook Twitter Google+
Ben Watt reactivates his Buzzin' Fly label for a one-off release, a clutch of joyous mixes of 'Golden Ratio' and 'Nathaniel' from his album 'Hendra'. Charles Webster and Ewan Pearson do the honours.

7.5
Facebook Twitter Google+
No laughing at the back (notice the umlaut). Tunisian HearThuG drops 'Büms &amp; Yüth' through Affkt and Alberto Sola's Sincopat, with mixes from UNER and Darlyn Vlys. Sterling work it all is too.

8.0
Facebook Twitter Google+
Belfast's Ejeca drops another slab of simmering toughness, the minimal swing of 'Swey' proving itself thoroughly irresistible, though the synapse-shredding 'Charger' is a piece of work too.