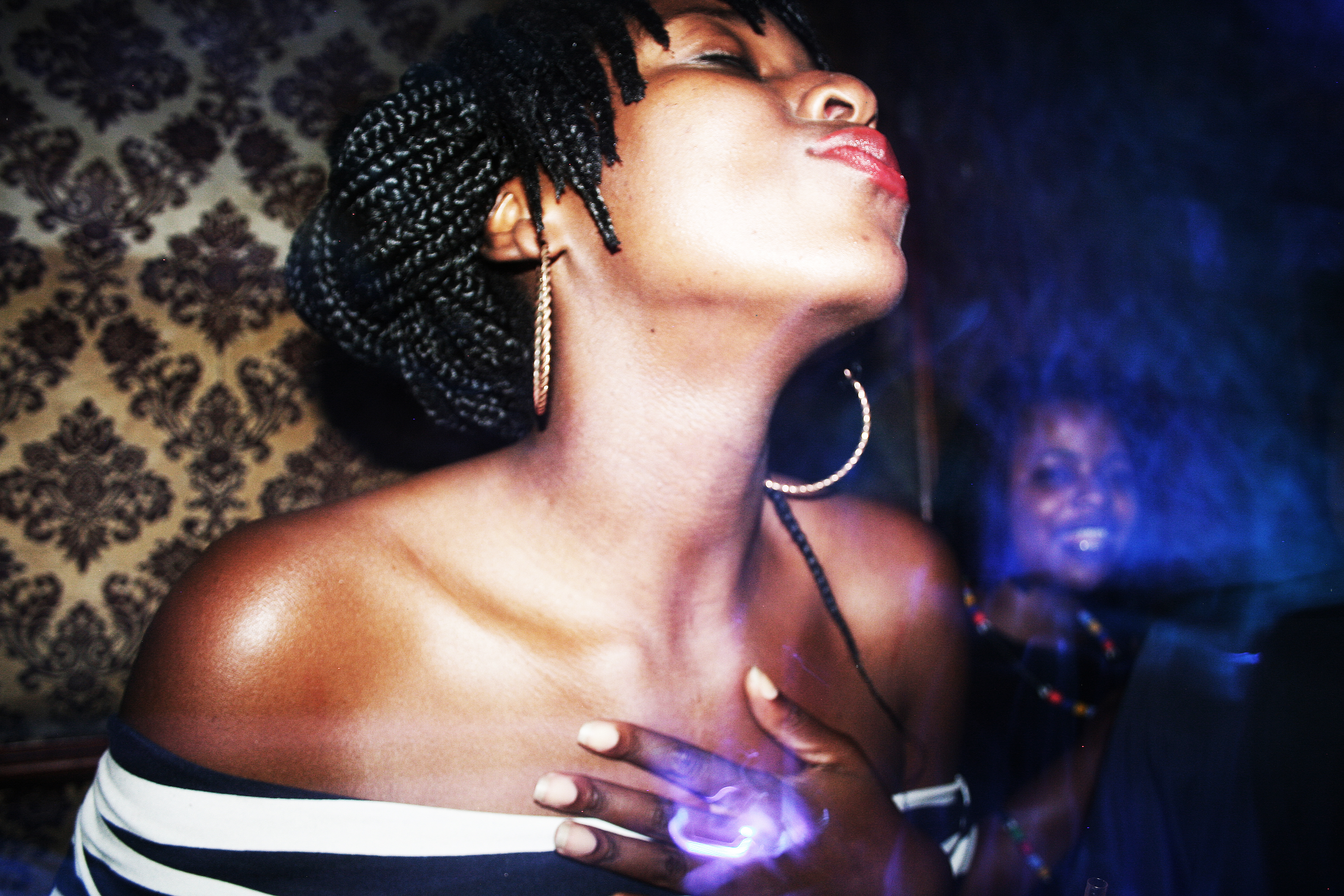 9.0
Facebook Twitter Google+
For our money, Matias Aguayo is one of the most adventurous DJ/producers on the global stage — exotic tribal patterns always underpin and influence his left-of-centre leanings. In a world of pre-sets and push button performance, this is a welcome breath of creative fresh air, as he creates 6/8 spatial rhythms that carry the groove without pandering to the traditional signatures that dominate the modern dancefloor. The spiritual talent of performance artist Mujaji adds the vocal cherry on the cake.

7.5
Facebook Twitter Google+
A thunderous, sleazy punk jazz assault from Mopo, who continue the superb lineage of Finnish freeform artists that have gone before them. Stalwart multi-instrumentalist Tenor gets in on the action on both tracks, with the more straight ahead, albeit driving, ‘Riisto’ taking the A-side. However, it’s the revamped version of ‘Panama’, entitled ‘Acid Panama’ that gets the well, you know, LSD meets library treatment. Space jazz, crisp drum patterns, a dash of romanticism and duelling saxes. What more do you need?

Ahead Of Our Time

8.5
Facebook Twitter Google+
As partnerships and reworks go, this was always going to be a winner. Heather with his beautiful, contemporary classical piano works, and Lattimore with her glorious, deeply atmospheric electronic and harp-led compositions. Only problem is, at 3 minutes 35 seconds, it's nowhere near long enough.

8.0
Facebook Twitter Google+
There’s some eight-bit, raw funk emanating from the Anatole studio — a sound that is crisp and minimal through its almost lo-fi aesthetic. Marrying some live playing and samples of a hard piano riff and luxurious strings, it has that Carl Craig live vs electronics feeling, where the machine mashes with the mind. Part broken beat, part soundtrack, this is a sound you’ve heard before, but not necessarily in the order that you might expect.

6.0
Facebook Twitter Google+
Nothing untoward here from the Aussie Public Opinion Afro Orchestra, but then due to its blueprint musical ideology (the clue's in the title), it doesn’t really inspire either. It’s well produced, it ticks all the relevant pastiche boxes, and is ultimately polite enough to pass, but it lacks the raw spirit that the genre is so inextricably linked to. Featuring a mediocre rap, female harmonies and Sean Kuti-a-like verses, it needs to find its own cause rather than a catch all.

7.0
Facebook Twitter Google+
Of Beirut’s latest single, frontman Zac Condon says: “We stumbled into the medieval-fortressed island town of Gallipoli one night, and followed a brass band procession fronted by priests carrying a statue of the town’s saint through the winding narrow streets”. With that in mind, and with the distant DNA of Morricone spaghetti westerns and classic Mariachi inspired era Lambchop echoing quietly in the background, the scene is set for this delightful bit of classic Beirut style trumpet led folk.

8.0
Facebook Twitter Google+
Having quietly gone about his business on the peripheries of the mainstream for some time now, it’s a wonder why Skinshape’s ‘time’ hasn’t quite come yet. In theory, he is only one BBC radio playlist away from the kind of larger audience his music definitely deserves. Taking influence from funk, soul, reggae, psychedelic rock, Afrobeat and folk, his music has always had a sense of timeless quality, and this single, with its Michael Kiwanuka-esque, dreamy soul-folk blues, is no exception. Beautiful.

8.5
Facebook Twitter Google+
Taking all the best elements of dirty stoner rock and acid-soaked '60s psych, and distilling them into some kind of weird, contemporary, mezcal lined, 99 per cent-proof liquor, this brotherly trio from the US state of Virginia are the real deal. With the kind of grimy guitar riffs, lead-heavy grooves and low-slung drums that would pound The White Stripes and Led Zeppelin into near submission, the world is definitely a better place for this kind of grubby, sullied filth.

8.0
Facebook Twitter Google+
Can’t remember the last time Zongamin’s name appeared on this page. It’s got to be nearly 15-20 years ago or something ridiculous like that, when he dropped his debut for Flesh Records. Now, after a 13-year hiatus, in between releases for XL, Ed Banger and Kitsune, and also attending to bass duties for Floating Points' live band, he’s back, and as you would probably expect, he’s eschewing all the usual pointers and markers and navigating his own course through a mix of retro futurism and idiosyncratic space oddities.
Found Sounds
Facebook Twitter WhatsApp

'The Lapse Of The Exchange '

8.0
Facebook Twitter Google+
Now the trading name of Prefuse 73, this sees a return to the more organic sound set out by one of his other projects, Savath & Savalas. Named after Zatoichi, the ancient travelling swordsman on a constant voyage of redemption, this fits the bill, with micro splicing, ethereal melodies and a sense of abandonment. A welcome return.

'Love Will Tear Us Apart'

9.0
Facebook Twitter Google+
There doesn’t seem to be a counter-culture track that the Hot 8 isn’t willing to embrace. Taking the mournful original of Joy Division’s ‘Love Will Tear Us Apart’, the gang split it up, add optimism, a dose of re-arranging, and re-constitute it as another episode in their carnival tinged existence.

'Suspicious Or Me (Tim Goldsworthy Remix)'

7.5
Facebook Twitter Google+
As constituent parts of Hot Chip and DFA, Alexis Taylor and Tim Goldsworthy’s working relationship goes back some 18 years. Proving yet that time and distance are no match for creativity and brilliance, this latest single from Taylor finds them in typically brilliant form. Nouveau pop magic. 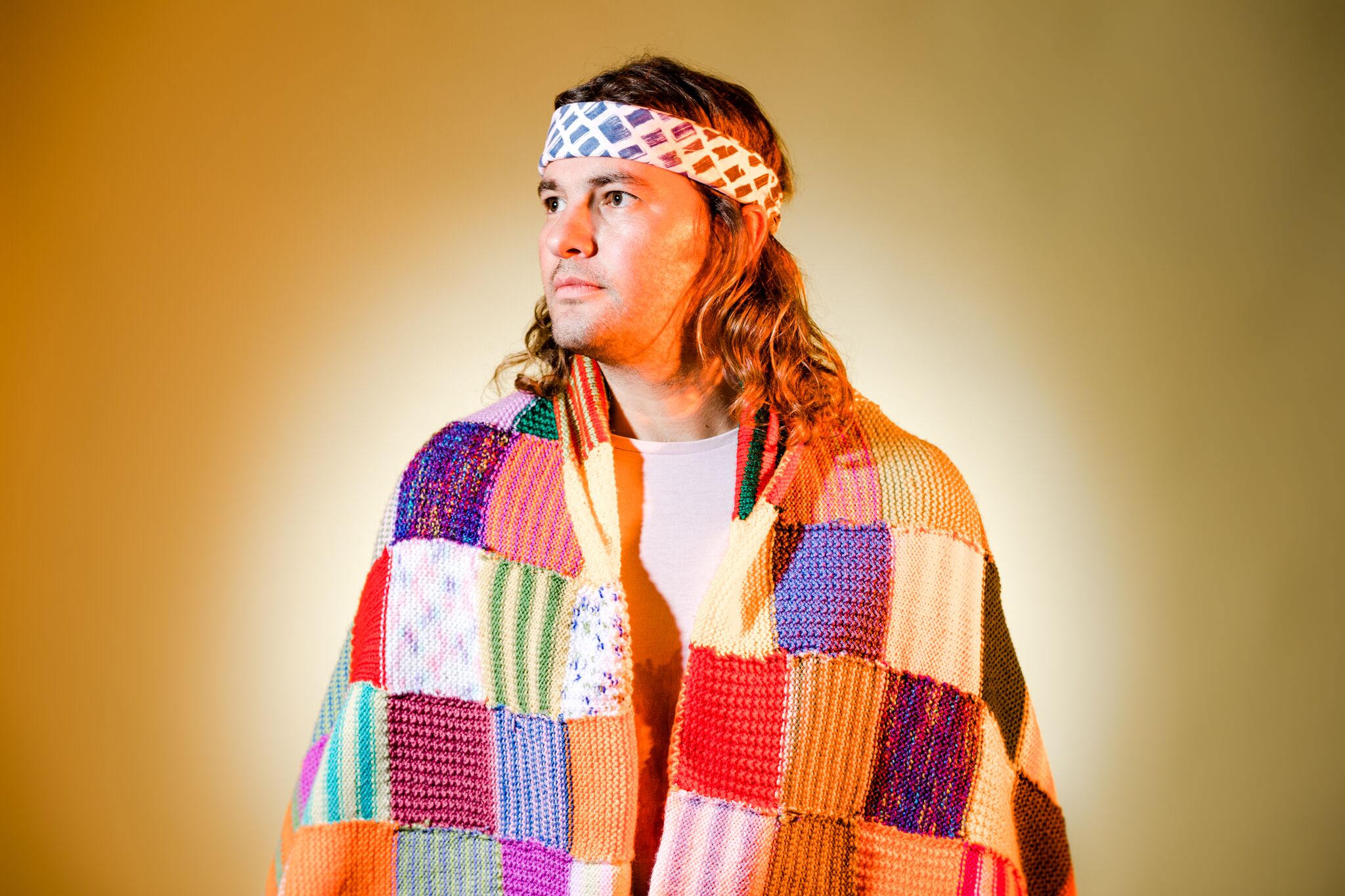 1. Tree Trunks 'All Over You' Phone Home Records "Whether it's in my headphones/studio/big system, this is something that will make me scream out loud while shaking everything." 2. Ric Wilson 'Sinner' Innovative Leisure "That groove/chorus hook/BASSLINE. Hot damn." 3. Morgan Hislop 'Watch As My Ceramics Crumble feat Hairy Hands' Moveltraxx "Straight up and down BANGER. This is a rush of blood on a cold night. So much variation in sound and texture. Seek it out." 4. Please Will 'You' Tape Club Records "A lesson in subtleness. This has more hum than a hummingbird." 5. Kwake Bass 'Marble Ruin' DEM1NS "Been lucky enough to work with this dude in the past. Solid as they come. Just like this track." 6. Beak 'The Russian' Invada Records "A pure assault on the senses. I can imagine Putin listening to this while riding on the back of a Siberian tiger. Topless." 7. Rejoicer 'Double Astral Move' Stones Throw "I can imagine riding on the back of a magic moose high over the Sahara Desert at dusk while listening to this bump." 8. Niklas Paschburg 'Fragmentation' 7K! "Pure headphone textural vibes." 9. 77:78 'If I’m Anything' Heavenly Recordings "Astral plain wizardry. A song that is basically just about a don floating on a cloud checking stuff out below." 10. Somni 'Overgrown' Friends Of Friends "Underwater cassette wobble modern folk. I’m a sucker for those quick chopped samples."
back to top
DJMAG
all sections