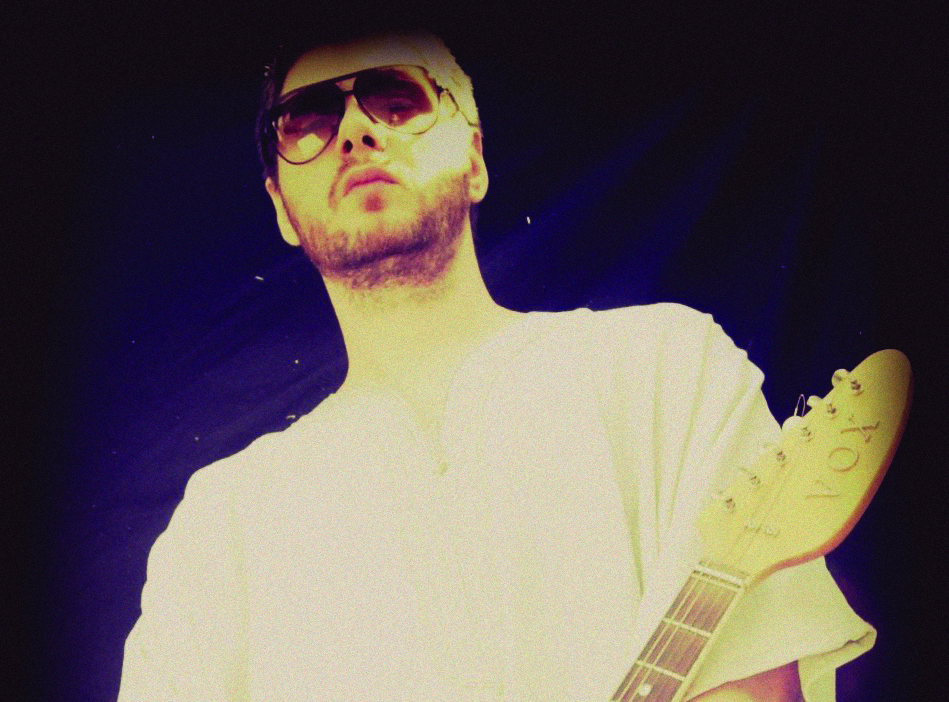 9.0
Facebook Twitter Google+
The man behind the classic funk renegades The Poets Of Rhythm, and more latterly Karl Hector & The Malcouns, steps out, with an excursion into the darker side of his psychedelic persona. Call it krautrock jazz if you will, or rack near your Canterbury selection. Fellow collaborator Malcolm Catto is on the mix, and although it doesn’t shout ‘funk banger’, '14/08' explores an otherworldly, more cerebral expression. It’s a shuffling groove that rides in on cymbal swells and some lovely acidic guitar work, conjuring images of late night bazaars and Film Noir opium dens.

9.5
Facebook Twitter Google+
There’s a certain magic to the way Will Holland makes music. A certain vibrancy, energy and musicality — qualities that reflect in his restless desire to seek out new ideas, sounds and opportunities too. Having recently relocated to New York, that sense of progression, growth and exploration continues here, as he conjures up another unique musical gem that taps into NYC’s rich musical heritage, with a near-perfect melting pot of percussive disco, orchestral house and multicultural boogie.

7.5
Facebook Twitter Google+
The clue is in the title. Library style brass stabs and samples, a dash of contemporary squelch, all with that undeniable, cheeky Pussyfoot twist.

7.5
Facebook Twitter Google+
Yet more singular musical missives from the Triosk/Szun Waves collaborator and Australian drum maestro Laurence Pike. Of this latest single, Pike explains, “The aim for my solo work has been to use technology to expand the sonic potential of the drum kit, without ever limiting the capacity for human expression”. If you’re not entirely sure what that means, just reference the minimal, repetitive metronomic loveliness of ‘Drum Chant’.

8.0
Facebook Twitter Google+
If you didn’t know, you could easily be forgiven for thinking that this new track from duo Kit Sebastian was a long-lost Anatolian gem, or an undiscovered Tropicalia rarity. The press blurb references names like Khruangbin, Arthur Verocai, Goat, Caetano Veloso, Tom Zé and Os Mutantes, and to these ears, that’s pretty damn close. It's dreamy, acid drenched, psych-pop for 2019 via 1965.

Facebook Twitter Google+
Pitting the enigma of Iggy Pop against new school talent, Pan Amsterdam, is the kind of collab we can get with here. Tremolo synth over a lo-fi beat and bassline, matched against a plaintive trumpet solo? Sounds like it shouldn’t work. But given its sparseness and ice-cool arrangement, 'Mobile' defies the category of badge-swapping club and gets straight to the point. Iggy ages gracefully, adding the necessary credence.

8.0
Facebook Twitter Google+
Unlike the UK’s renewed interest in contemporary jazz over the last few years, Finland has always had a strong, bubbling scene. It's attracted the best of the best ex-pats and players, as well as fostering its own unique talent. This lineage continues here with guitarist Sami Linna, who takes the reins for a slice of spiritual-meets-modal jazz meltdown, lifted from a forthcoming self titled LP.

8.0
Facebook Twitter Google+
Unashamedly standing outside of the usual paradigms of dance music, Matias Aguayo has a distinct knack of eschewing normal forms and twisting often disconcerting rhythms into patterns that suddenly make sense. This opener from his first solo LP in six years serves as the entrance into Aguayo’s no compromise state of mind. It’s industrial, at times obtuse, but always with a structure that fizzles with deft sonic touches and soulful flourishes.

7.5
Facebook Twitter Google+
Traversing Lagos, Maputo and Addis Ababa, this compilation, courtesy of Italian streaming platform and visual collective Crudo Volta, attempts to document the underground electronic scene across Africa’s vast continent. Ethiopian Records' limbering ‘Tigist’ stands out, but to be fair, it’s a subjective matter amid a broad gambit of fused styles and productions. Rvdical The Kid's ‘Free Spirit’, with its tribal trance like arrangement, also hits the spot.

9.0
Facebook Twitter Google+
It’s not often we make guarantees here, but in this instance, it’s definitely safe to say you will not hear another record like this all year. Created as the official theme song for a graphic novel based on a film by Salvador Dalí starring The Marx Brothers (that was never actually made), this kooky, unique and brilliant record is as bonkers as it is brilliant.
Found Sounds
Facebook Twitter WhatsApp

8.0
Facebook Twitter Google+
The latest instalment in the Wagner vs series. This time, the pianist interprets the work of composer Dessner, and a composition originally written for the harp. Beautiful.

Black Acre / On The Corner 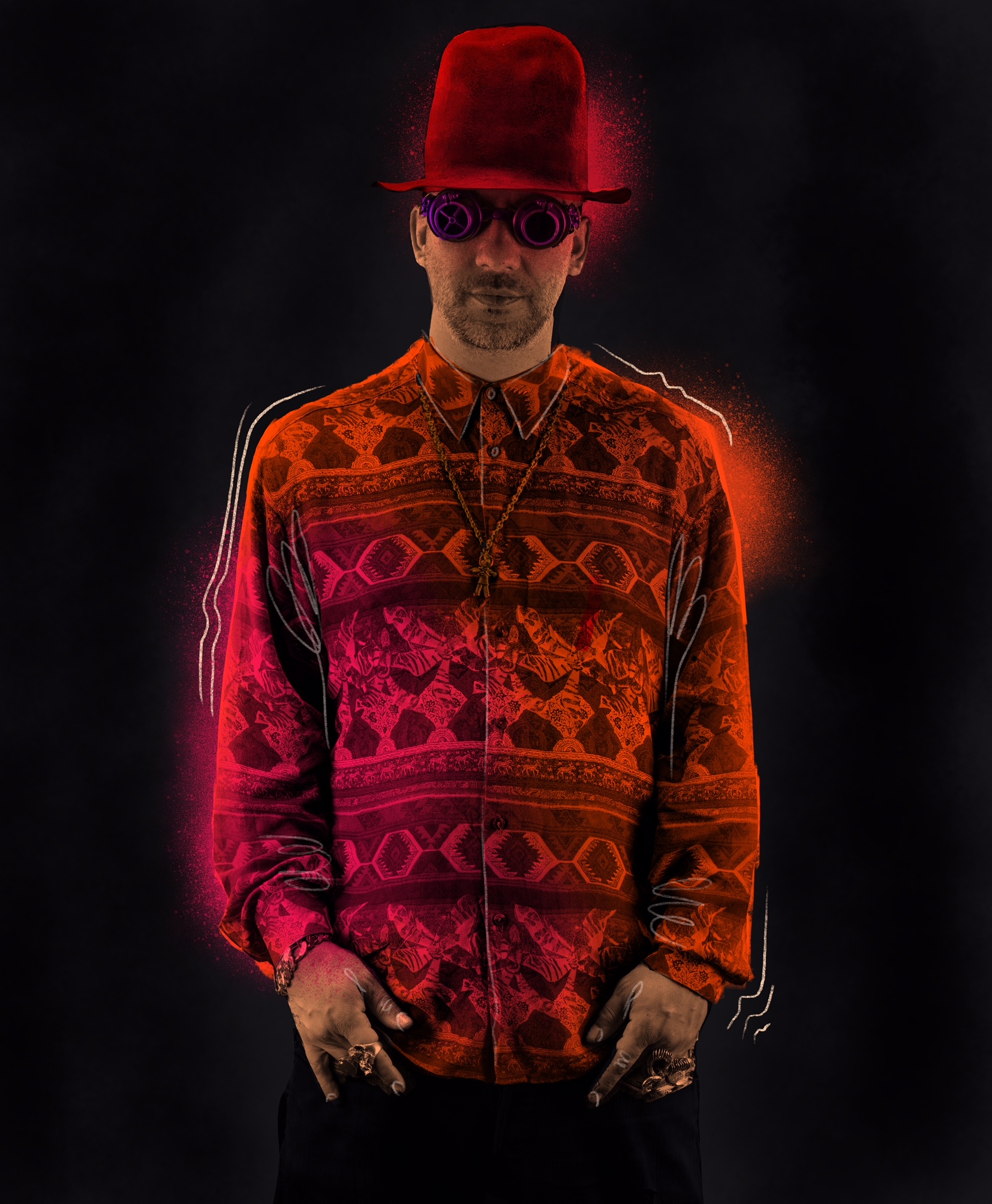 1. Dexter Story 'Gold (feat Sudan Archives)' Soundway "Ethiopian funk produced in Los Angeles, featuring the incredibly talented Sudan Archives. I can't stop listening to this." 2. Blood, Wine or Honey 'The Forest Is Expecting You (Hieroglyphic Being Remix)' On The Corner "Hieroglyphic Being doesn't hold back when working on a remix, that's for sure, and his self-assuredness really comes through on this track." 3. Phresoul 'Lythium' HyperJazz "My favourite trio, I love the way they play and write music, not like three musicians, but as one beatmaker." 4. Silkback 'Kyokai' Hakuna Kulala "I recently came across this young producer from Kenya, I think he has a lot to give to international music." 5. Christian Scott aTunde Adjuah 'I Own The Night (feat Saul Williams)' Stretch Music LLC "A great pair together in one great track, which is part of an incredible record." 6. Waxlife 'Wistful Wire (Khalab Mix)' Ghost Records "I'm very proud of this remix, and I really like the music of Waxlife. In this EP you'll also find a great remix by Scratcha DVA." 7. Oscar G 'Bounce That Ass' Nervous "So much style from this legendary Miami producer. Old school." 8. Claudio Coccoluto 'Funky Now' Compost Black Label "All the experience and good taste of this club culture legend. Coccoluto is a guide to us all." 9. Ruby Rushton 'Eleven Grapes' 22a Records "My friend Tenderlonious is back with one of his most inspired projects — don't miss this record if you love jazz." 10. Bambounou 'Tour' Whities "Bambonou is a genius, capable of making art in the deepest sense of the word."
back to top
DJMAG
all sections