9.0
Facebook Twitter Google+
His first record in two years, ‘LesAlpx’ pretty much picks up from where 2017’s brilliant ‘Ratio’ left off: somewhere immersed in the middle of a packed dancefloor at 3am in the morning. Bearing all the hallmarks of Shepherd’s exquisite production style, that sense of time, space and general sonic craftsmanship found in previous releases like ‘Elaenia’ is still there, but now, its DNA is weaponised — driven by a renewed sense of immediacy, urgency and exigency. The result is a sub five-minute masterclass in potent four-four rhythms, percussive electronic grooves and no-nonsense techno minimalism.

8.5
Facebook Twitter Google+
If ever there was a label that was going to embrace the unique and immersive sound created by this US-born, India-raised, London-based percussionist, then Leaf was it. Sitting in its own orbit, but surrounded perfectly in the space occupied by label mates like The Comet Is Coming, Snapped Ankles and Melt Yourself Down, Korwar offers up a distinctive audio standpoint, fusing traditional Indian instrumentation with jazz, electronica, hip-hop and experimental multicultural musings.

Facebook Twitter Google+
It’s arguable that the true fuck-you punk pioneers of the late '70s would object somewhat to this LA trio’s “punk” tag. That raw DIY ethic is definitely far removed from their super-slick, highly-stylised video. Sonically though, there is an undoubted post-punk (funk)/no wave lineage to their sound, with strong traces of ESG, Bush Tetras, The Waitresses and Lizzy Mercier Descloux all present in this tidy little track.

8.0
Facebook Twitter Google+
This project has intrigued us over the last few months, after the sleazy proto electro-funk LP ‘Go Down Judas’ hit our inbox. Creative property of Norwegian producer Tore Gjedrem, the EP is a shade or three lighter than previous works, with more of the region's nu disco roots coming to the fore rather than the dimly-lit industrial electro-funk that had previously been on show. Boogie times for the bold.

'For The Love Of Money '

8.0
Facebook Twitter Google+
Just when you thought that there weren’t that many nuggets left to unearth for popular re-consumption, those kings of the diggers over at BBE begin the painstaking process of re-issuing the back catalogue of the revered Nigerian label Tabansi Records. Regarded of one of Africa’s cross-genre milestone labels, this cut shows a boogie-drenched sliver of what the catalogue represents. A cultural journey into the musical and historical roots of West Africa.

7.5
Facebook Twitter Google+
Lifted from Villain’s third and latest long player, ‘Impossible Colour’ sees her explore more meditative climes against a minimalist downbeat backdrop. Guest flautist Johanna Scheie adds breathy atmospherics to this moment of calm and tranquillity, but by mood and texture rather than melody. Don’t think it’s all chakras and incense, though: there’s a more sinister feeling that runs in part through this record that sets it apart from your usual pool side fare.

8.5
Facebook Twitter Google+
Released to accompany a new film of the same name, this charming EP, comprising four piano and string led compositions, is pretty much the sonic definition of the term small-but-perfectly-formed. Intimate, tender and delicate, each piece is beautifully weighted and poised, and dovetails perfectly with other releases by label mates Max Richter, Dustin O’Halloran, Hauschka and Jóhann Jóhannsson.

8.5
Facebook Twitter Google+
Having already received gushing plaudits from those in the know, Blood Wine Or Honey seem set to emerge from their Hong Kong base with fresh vigour on Howie B’s revived Pussyfoot label. It's an astute signing, as this vocal and percussion-led trio cut a fine swathe between the post industrial sounds of yesteryear Sheffield and the more exotic sounds of early '80s New York meets São Paulo. Both smart and cool.
Found Sounds
Facebook Twitter WhatsApp

'The People, The Place'

8.0
Facebook Twitter Google+
Tasty rolling beats in the key of West London. Doffing the cap to a sound that bubbled but never broke.

'Meat Raffle On The Moon'

8.0
Facebook Twitter Google+
Title sucks you in, but hit the flip for the lo-fi vocal electro wonderment of ‘The Day The Earth Stood Still’.

7.0
Facebook Twitter Google+
A little taster of his forthcoming long-player, this is yet further proof of the wonderful depth and breadth of UK jazz. 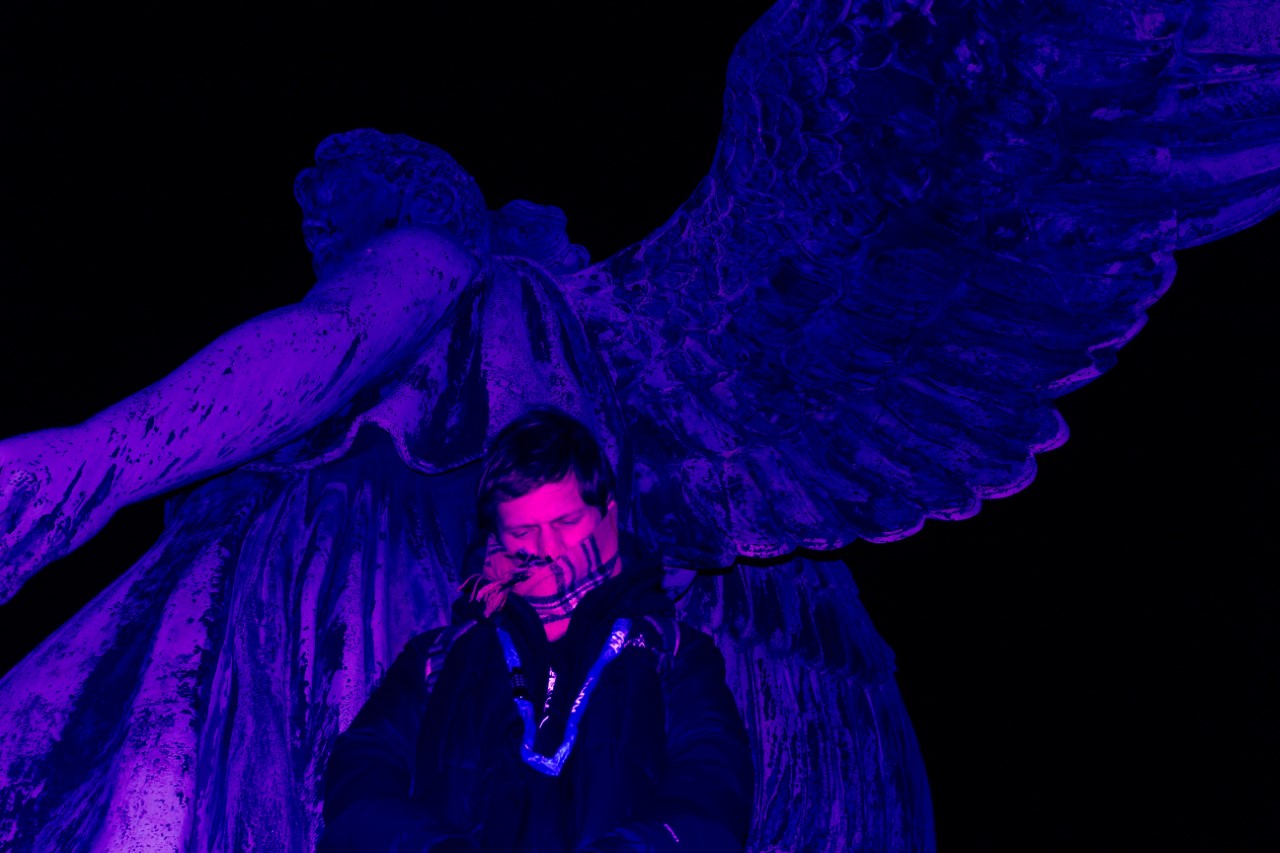