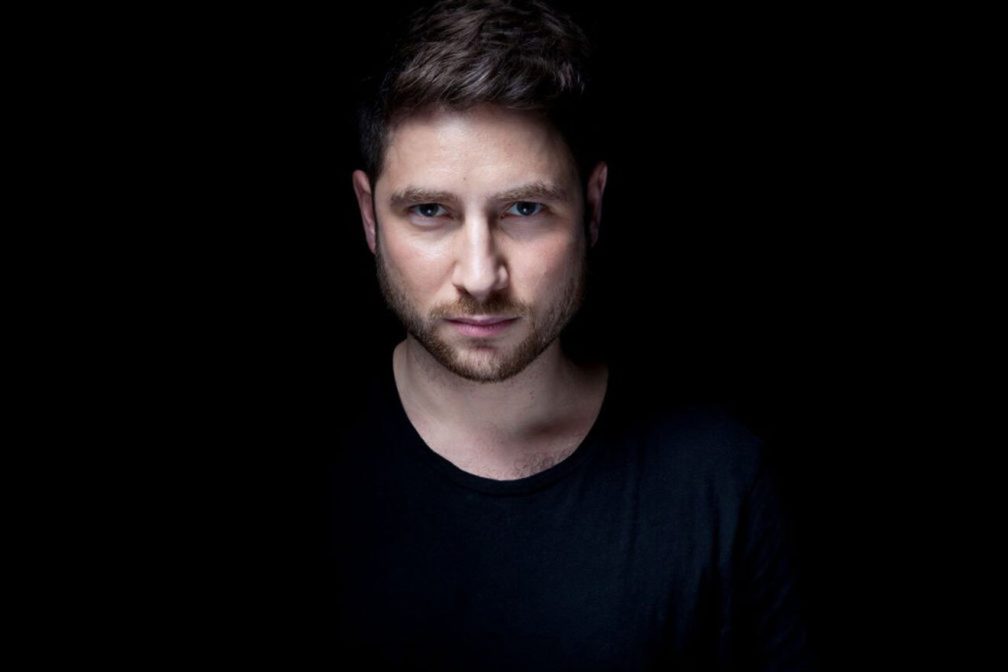 9.5
Facebook Twitter Google+
Esteemed Fuse resident, Archie and Fuse London label-head, Enzo, have drafted in extended Fuse family member, Subb-an, for this ninth birthday celebration. Expectation should be high for such triple-threat collaboration but they dutifully deliver with two expert creations of deep, jacking minimal house with perfectly attuned tech sensibilities on both. 'Playdem' with a looping piano riff and earth-quaking sub-bass, while 'Shimmering' delivers a bouncing sub-bassline and uplifting groove.

9.0
Facebook Twitter Google+
Patrick Kunkel and Nihal Young's remix of the title track pulls this four-track beast by Diaz & Parree into the page, though overall it bridges tech-house and techno — white noise drops and dark, dangerous electronic sounds fill the mix. The Italian duo debut on the Nihil Young's Frequenza label with a hard-sounding EP, their second original, 'Perverse Thoughts', offering an incredibly spine-tingling technoid journey, and including a second remix of the title track from Carlo Ruetz.

9.0
Facebook Twitter Google+
Brazil's Warung Beach Club has been label active since 2012 with a mixed bag of house, deep or otherwise, and the fringes of techno, with the likes of Marco Resmann, Danny Daze, Tapesh and Kolombo gracing their catalogue. Veteran German duo, D-Nox & Beckers, mark their Warung debut with one of the finest offerings so far. 'Beyond Black' isn't as dark as it sounds, but is a thrilling prog-like tech-house two-tracker. Brazil's mood-crafting Blancah sorts out a tentative and dreamy remix.

'Break It Down EP'

8.0
Facebook Twitter Google+
Mad Villains is the Leeds-based Californian, aka Adrienne Jackson, known for his bassline-tech crossbreed house, he debuts on the high flying Underground Audio imprint. Fresh off the back of his collaboration with Graco (NYC) on Strictly Rhythm, Jackson delivers a tougher, bass-heavy, jackin' three-track selection, with regular remix compatriot The Golden Boy delivering his take on title track 'Break It Down', manoeuvring it into upfront UK tech territory. This will get any room moving.

8.5
Facebook Twitter Google+
The long-standing Argentine label drafts in the rising talent of Rumors (Ibiza) and Monochrome (Tel Aviv & Ibiza) resident, Sean Doron. Having previously explored deeper, progressive styles on Parquet Recordings and Inmotion, the Tel Aviv producer supplies three-tracks of sparse, intricate tech-house; the likes which will be suited to Sunwaves, after-parties and the trippier DJs out there. The title track is a heavenly, dubbed-out cut; '666' carves a heady groove with heartfelt synth strings, with the EP rounded off by the pounding of 'Never Satisfied'.

9.5
Facebook Twitter Google+
Not only does Matt Tolfrey keep up a prolific release rate but it's the standard of his music that impresses each and every time. His 'Don't Ask, Don't Get EP', on Leon and NiCe7's D-Floor Music, is an imaginative dancefloor-ready, three-track selection. 'Don't Ask, Don't Get' delivers a fast-paced cut of layered percussion and buzzing electro synths — the pick of the bunch. But 'Make Me Wait' offers deep, bumbling bass with a twisted centre and 'Real World' will pummel the late-hours dancefloor.

9.0
Facebook Twitter Google+
Since debuting in January 2016, Kinnerman's furnished a who's who of labels — Kaluki, Glasgow Underground, Mr. Nice Guy, and LW Recordings to name a few — with assured, teched-out house, and it was with ElRow that the journey began — as a V/A feature mind you. This time he's awarded a solo outing, and he really delivers. Four varied cuts with a hefty roller in 'Gimme Some' and peak-time slammer 'Horns & Hats', it's another hot start for Kinnerman.

8.5
Facebook Twitter Google+
Pirate Copy has steadily crafted a back catalogue to envy over the last few years. A regular on Kaluki Musik, KNM, and ElRow, he debuts on Solardo's Sola (Believe) label with a two-track EP, led by the bold, forward-moving 'Penina'. The next track, 'Calla Jondai', relies on a wondrous vocal hook supported with tribal percussion to carry it onward. This one's a beast, which sees calming chords layer-up with the vocal and bass midway through. Lovely stuff!
Leon Clarkson
Facebook Twitter WhatsApp

8.0
Facebook Twitter Google+
Malta's Dean Demanuele shows off his thrilling, yet balanced sound on his two-track EP, 'Grey Game', on his own Dazed & Confused label. Both tracks form brooding journeys of rough-edged, technoid house. Will hold crowds to breaking point for days.

8.0
Facebook Twitter Google+
Booming low-end, battered bells, plodding arpeggiating synths and unsettling synth wobbles all come together in various combinations. Reset Robot knows how to play with your senses. He's at his best here on his own imprint, Whistleblower.

8.0
Facebook Twitter Google+
The pounding low-end and cutting hi-hats on Sin Morera's 'Rebirth EP' will have you work up a sweat before you even begin to move to the groove. This tight two-track EP's out on Roger Sanchez's Under The Radr imprint this month. 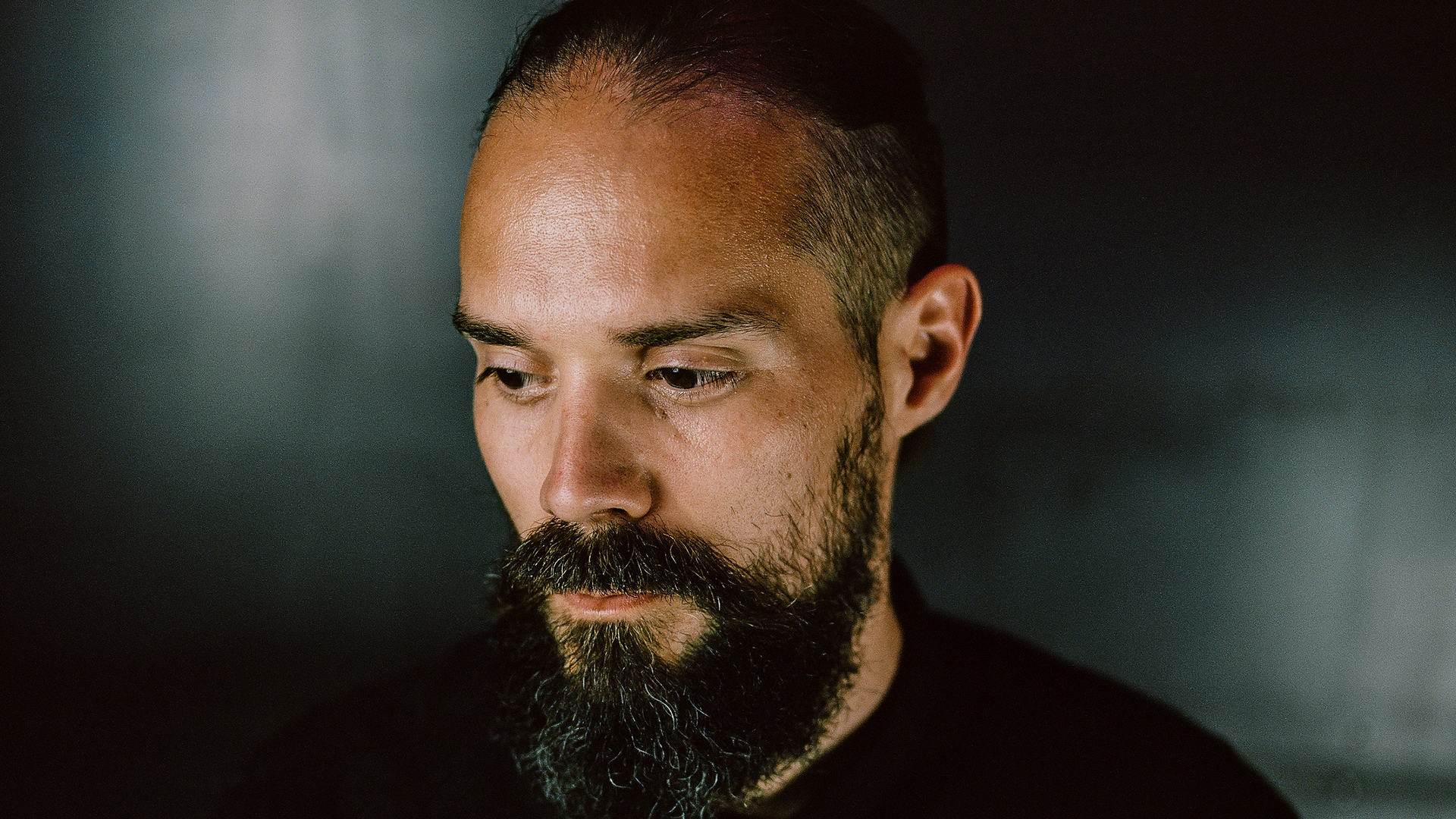 1. Einmusik 'Biscarrosse' Einmusika "I spent a long time in Biscarrosse, France, as a teenager, learning to surf. All the melodies remind me of the state of mind that I had during that time. This was a big highlight of my live shows this summer." 2. Sébastien Léger 'La Dance Du Scorpion' Einmusika "I'm super happy that Sébastien found his way to my label and with this stunning original he brought a masterpiece." 3. Third Son 'Atonal Impression' Einmusika "One of the best and strongest productions so far of this upcoming musician. Although it's not his newest output I still love to play this one." 4. Einmusik 'Serenade' Einmusika "This is my personal favourite on my album. It combines everything that I love in one song. A smooth arrangement, swift progression, a strong bassline, and a lot of melody layers on top." 5. Stephan Bodzin 'Powers Of Ten (Maceo Plex & Shall Ocin Remix)' KNM "This remix makes me smile, such a beauty. Maceo Plex shows his versatile production skills in these fragile soundscapes. Amazing groove, perfect placed elements, and a well-balanced arrangement." 6. Noir & Olivier Giacomotto feat. Hendrik Burkhard 'Blackrays (Peter Pardeike remix) Suara "Super powerful elements from the original, but with this extra punch and vocoder madness from Pardeike this song becomes mindblowing. Great work, hypnotizing composition." 7. Marc DePulse & Rafael Serato 'Wanderlust' Einmusika "Both producers are great and versatile and they deliver excellent results together. Amazing production and top sound design in a perfect arrangement." 8. Andhim ft. Piper Davis 'Superfriends' Superfriends "This is a really energetic groover. Wisely developed in its arrangement with a great sound selection, when played at the right moment, this song brings extra power to your set." 9. Michael A. 'Bright Hope' Proton Music "A new artist brings a new spirit. A great song to bring back the spirit to the floor. I'm super curious what's coming next from him." 10. Florian Kruse ft. Brolin 'Navigator' Einmusika "A great producer with an excellent talent in Brolin on vocals. This was often a bright opener in my sets. Nice hook sounds and groovy clap programming."
back to top
DJMAG
all sections