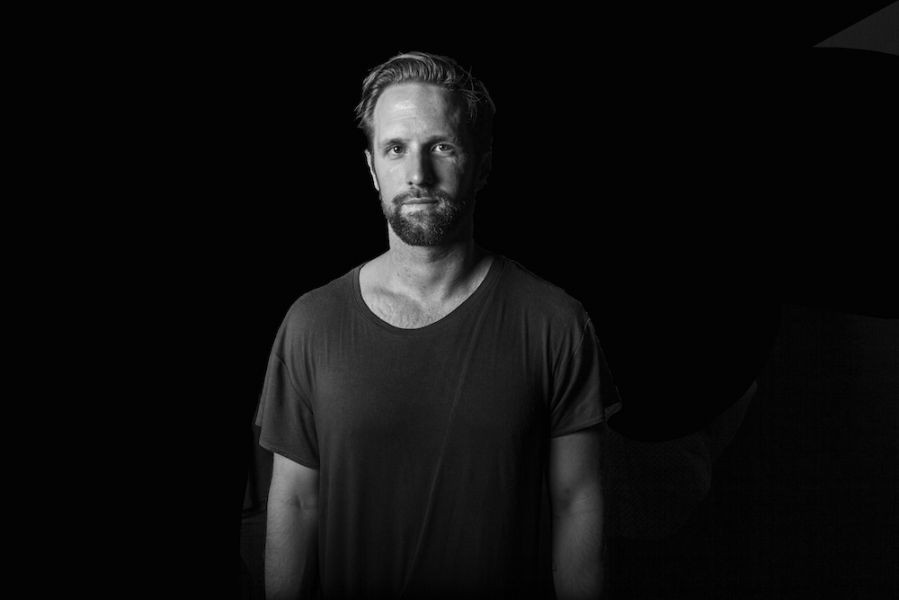 10
Facebook Twitter Google+
One of underground house’s finest creators Ryan Crosson delivers a lesson in balance. That is, perhaps, an underwhelming compliment, but in a genre pool saturated with astonishing reproduction, it’s a truly special characteristic. ‘Comet Pills’ and ‘Roscoe’ provide the most club-centric flair — the former for the more patient reveller, the latter, with its lengthy layers and killer low-end groove a prime selection for a mid-morning marathon set. Final track ‘Snake Oil’ edges slowly into a groove, before eerie atmospherics emerge and slide the vibe elsewhere.

9.0
Facebook Twitter Google+
If you’re gonna name a label after yourself, it better be producing worthwhile music. It certainly is in Pierre Codarin's case — his latest offering is a healthy four cuts of unadulterated tech-house. Blistering drum arrangements and simple, infectious basslines are the backbone to undulating synth patterns, bleeps and blips — it sounds a mess, but it isn’t. Pierre’s production is as well structured as it is wild.

8.0
Facebook Twitter Google+
London’s Frazer Campbell offers up a delightfully feel-good, four-track selection for the second volume in his 'Counterfeit Soul' series. The first was a test pressing which you’ll do well to find, but here, Campbell delivers four soulful, techy housers, nodding to his recent work with Steve O’Sullivan, ‘Rise’ on Mosaic. The tracks ‘Glad It's All Night’, Alexo Kneel’ and ‘Mr Greens Envy’ all possess a spring in their step, but it’s the edgier, driving rhythm on ‘Lauren Hillz’ that’s the stand out.

9.0
Facebook Twitter Google+
Since his collaboration with Jamie Jones, ‘Doctor Zouk’, and an impressive Hottrax debut, David Berrie’s a name on a lot more lips. He turns in a delectable trio, showing the hype surrounding him is justified with his inventive, impactful production — and ensures PISI are still setting the bar high.

9.0
Facebook Twitter Google+
Berlin-based Brits The Willers Brothers offer up a very special three-tracker and remix selection for Quality Vibe. The Brothers always deliver attentive drum programming and groove-centric basslines, and flirt with both minimal and UKG flavours, gracing PIV Records, Oblack, Decay and their own We_r house label, co-run with Cinthie. This EP heads into deeper territory on ‘Time To Go’ and ‘I Can See You’, but they toughen up on the warehouse poised title track ‘The Shade Of Light’, which receives a fluidic dub-tech remix from Pavel Iudin.

9.5
Facebook Twitter Google+
The young Mancunian is flying high after delivering proper bits on Chris Carrier’s Adult Only and Luca C & Brigante's See Double labels. Now he's landed on Ben Rau’s vinyl only Meta, and deserves praise for his spaced out, funk-tinged minimalism, that’ll make you digi only folk think again. Title track ‘Swift Eviction’ offers an upbeat, two-stepping opener, before heading skywards and off-kilter on ‘Box Of Beats’ and ‘Everything Together’, closing with the twisted, broken funk of ‘Buuky’.

8.5
Facebook Twitter Google+
The label debut of DDS has Terence:Terry on exquisite form. He samples two classic '80s films, Escape From New York and Dune, but don’t get it twisted, the rhythm and grooves he supplies on ‘1997’ and ‘Biotrans’ go toe-to-toe with any top minimal tech producers on the hype train with ease.

8.5
Facebook Twitter Google+
James Organ has built a reputation for savvy tech-house on Nurvous, W&O Street Tracks and Under No Illusion. The Liverpudlian returns to UNI with a balanced double act — the deep, melodic ‘Maya’, featuring The Angel, and the tough, techy ‘The Underground’ with Celeda. They’re backed up with respective remixes from Madrid’s Miguel Lobo and Bristol’s house dons Waifs & Strays, both of whom keep the feeling of each original with added beef.

8.5
Facebook Twitter Google+
Between them, they’ve notched up releases on Desolat, Moon Harbour, ElRow Music and Snatch! to name a few, but this is the first time the Italian duo and Hungarian Reelow have teamed up. They deliver three upfront tech-house cuts, primed to tear down any club roof. Looping, chopped vocals carry ‘Third Eye', ‘Only True Lies’ plows forward with a thicker low-end and catchy vocal hook in the breakdown, and the package is topped off with the hi-octane ‘Perception’, the very epitome of housey techno and technoey house.
Leon Clarkson
Facebook Twitter WhatsApp

'Dance Of The Shamen'

8.0
Facebook Twitter Google+
A big package for a big new label from Darius — music with depth that’s still workable on the dancefloor. This first single certainly has that quality, and is backed by remixes from Man Power, Doc Martin, East End Dubs and Shaf Huse.

1. Chris Stussy 'Deep Innocence' PIV "Our bro Nies has been putting out some awesome tracks, and the new one coming on PIV is no exception. Expect some big things coming from the crew next year." 2. The Willers Brothers 'Michael Angelo' Scenario "We were really happy with this record. Scenario is a label we have been following for years, so it was a big personal achievement for us to sign an EP to it." 3. Roy Ayers 'Holiday (Ben Rau Meta Remix)' BBE "Absolute fire remix from Ben on this classic. This has had people moving on the floor." 4. Cab Drivers 'Holiday Time feat Chez Damier' Cabinet Records "Can always rely on Cab Drivers, and adding Chez Damier on the vocal made it a real summer anthem." 5. Javonntte 'Make Me Feel' Traxx Underground "Latest one out soon on Traxx Underground — such a feel good record." 6. Black Loops & Sandile 'Oy' Neovinyl "'Oy' is an uplifting slice of chugging deep house featuring our good friend from Cologne, Sandile. A big tune to finish off another great effort from Black Loops." 7. Enzo Siragusa 'Little Angel' Infuse "Great EP with nice skippy drums and light pads, would expect nothing less from the Fuse main man." 8. The Willers Brothers 'Time To Go' Quality Vibe Records "This is our next release about to drop on vinyl, three tracks and a remix from the young talent from Russia, Pavel Iudin." 9. Jorge Savoretti 'Music Del Espacio' Raum Musik "One of our favourite producers at the moment. Everything he brought out this year was on point." 10. Gene On Earth 'Fore' Subsequent "Gene On Earth continues his fine run with this lovely, swingy EP on Voigtmann’s label."
back to top
DJMAG
all sections