10
Facebook Twitter Google+
A killer assortment graces the top spot this month from William Djoko, for his inaugural release on the brand-new imprint, DJOKO. The Amsterdam-based producer slams down four diverse palettes of sound, moving from the technoid chugging of lead track ‘Whiplash’ to the bubbly, percussive bounce of ‘Panic Is A Feeling’, before delivering a pumping, vocal-heavy, funked-out disco tool called ‘Bernice’, and ending on a high with the alt-disco revolution of ‘Strangest Thing’. Absolute killer sounds from Djoko!

9.0
Facebook Twitter Google+
This EP should come with a warning. POPOF delivers an assured, bass-heavy double A-side on Manchester’s high-flying label, Kaluki Musik. ‘Kronik’ leads the assault with driving bass, rising FX and peak tech-house drums, and he follows it up with the even more bass punishing ‘Hooker’, which centres around a techno kick and sub partnership that'll turn dancefloors upside down and inside out.

8.0
Facebook Twitter Google+
The prolific Italian duo keep up their incredible release pace with edition 'T' of their simply titled label catalogue, and they’re always able to produce quality in high quantity. The six on offer here see the two enter the techno spectrum (‘T4’, ‘T5’) but they supply trademark bass bounce on ‘T1’, some technical roll with additional (green, velvety) vocals on ‘T2’, and similar feelings, if a few atmospheres deeper, on ‘T3’. These boys are unstoppable.

9.0
Facebook Twitter Google+
February’s chart supplier, AJ Christou, returns to his home imprint with ‘Right Now’. He’s guided the label impressively over the past three years, with 2018 inviting Ray Okpara, Matt Tolfrey, Davide Squillace and Ricardo Villalobos to release exquisite tech-house and minimal-leaning material. Here, Christou sets the bar with a deep and hypnotic groover, while the inimitable production flair of Heartthrob conjures a bouncy and haunting refix. Then, Christian Burkhardt strips and rebuilds Right Now’ into a technical yet sensuous tech-house roller on his ‘Check 1, 2’ remix.

8.0
Facebook Twitter Google+
Stepping out for the first time on Saved Records, the fast-rising Toolroom protege delivers a pair of tidy tech-house steamers to see you through spring. ‘Strong Feelings’ centres on a hypnotic, four-bar synth hook, underpinned by a rumbling bass lead, while the flip ‘Work’ drives harder in the low-end and holds tension for longer, making this the perfect big-room roller.

8.5
Facebook Twitter Google+
A landmark release for Joseph, as he graces the acclaimed Life & Death label with two originals — the gritty, hopeful, driving techno sound of ‘Trooper’, and the club-aimed ‘Laminated’. The former will have you contemplating life, while the latter will get you and 300 other people forgetting your worries for a few hours. Ron Trent tackles the title track with a deft and impactful touch, as he switches up the gears for a heavier, deep-set revision. Margot Records' Sebra Cruz offers a powerful alternative to finish up.

8.0
Facebook Twitter Google+
Manchester’s fast-ascending tech-house collective deliver some essential listening for their inaugural label release. Lead track ‘Wifey’ is a jumpy, high-paced groover that draws you in with its tasty low-end movement, and keeps you locked via the trippy, vocal-cutting FX and sharp drum production. The flip’s a more understated roller, with bumpy low-end, tight percussion and Hispanic vocal licks that cut through the mix and add an edge. This EP’s primed and ready to make dancefloors move proper.
Leon Clarkson
Facebook Twitter WhatsApp

8.0
Facebook Twitter Google+
The legendary ‘On & On’ gets a devilishly good remix from Berlin’s Cinthie, who offers up a version that hits harder than the original, but revels in the bouncing synth line, adding a jacking, percussive layer through the middle.

8.5
Facebook Twitter Google+
Silverlining’s ninth edition for his 'Dubs' series. Three healthy, housey techno bits — ‘Groundhog Rave’ gets the adrenaline going, ‘Stolen Baggage’ will see you well into the afternoon carry on, and ‘Spinach, Mystery And Insult’ is, quite possibly, the only description needed.

7.5
Facebook Twitter Google+
Niggemann takes us on a hypnotising house journey for his Crosstown Rebels debut, clearly inspired by his travels to Africa, with a pair of bold, big room sounds in ‘Zoulou’ and ‘Bwana’. 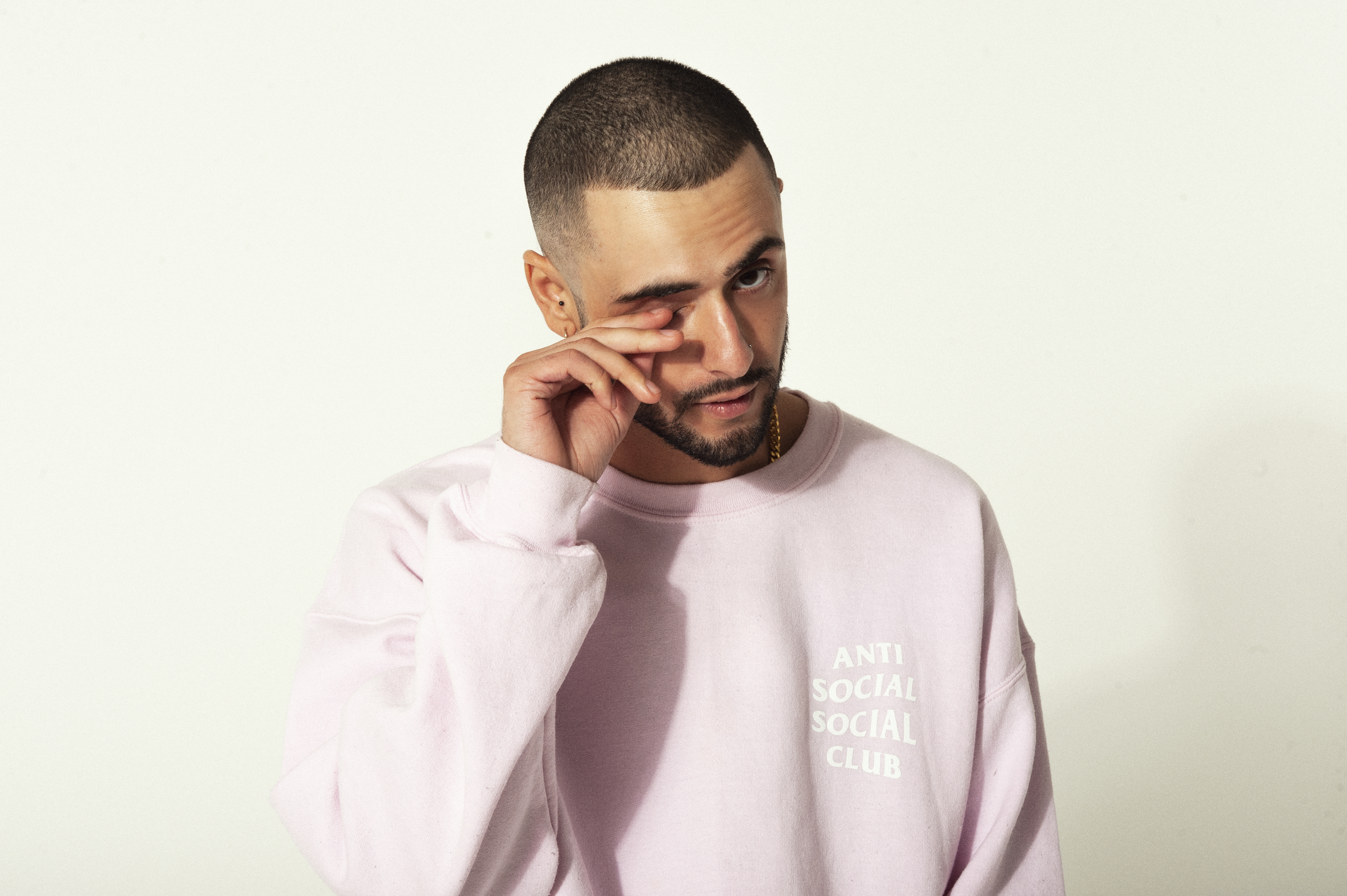 1. AJ Christou 'Sriracha (Original Mix)' Wogga "Named after my favourite hot sauce, coming soon on Mason Collective's new label." 2. Yaya 'Kungfusion (Original Mix)' Celesta Recordings "From the moment Yaya sent me this track I loved it, It’s a huge club track." 3. Jean Pierre, The Martinez Brothers & Jesse Calosso 'The Shuffle (Vocal Mix)' Cuttin’ Headz "Love the quick minimal vibe of this track. Jean Pierre is currently one of my favourite producers." 4. Reme 'Fiestas (Original Mix)' Celesta Recordings "'Fiestas' is straight tribal vibes. Reme is another one of Manchester’s rising stars." 5. Art Department 'Exit To Eden' Kaoz Theory "Love this track, it works peak-time or even early on in the night." 6. Christian Burkhardt & Enzielkind 'Unknown Place (Stacey Pullen Remix)' Celesta Recordings "Bringing the Detroit sound to Celesta, Stacey killed it with this remix out in 2019." 7. iO (Mulen) 'Why Not (Original Mix)' Rawax "Groovy and infectious, iO (Mulen) makes the jams." 8. Ezikiel 'The Women From Balkan (Luciano Remix)' Celesta Recordings "Luciano is one of my all-time heroes, Ezikiel is one of my favourite producers: it was amazing to feature them both on this release." 9. Gene On Earth 'Like A Glove (Original Mix)' Limousine Dream "Gene On Earth are amazing, I am always playing their music. You gotta check them." 10. US 'Bangin (AJ Christou & Joey Daniel Remix)' Rawthentic "One of many collab projects with Joey next year. The remix is for my bros from NYC!"
back to top
DJMAG
all sections