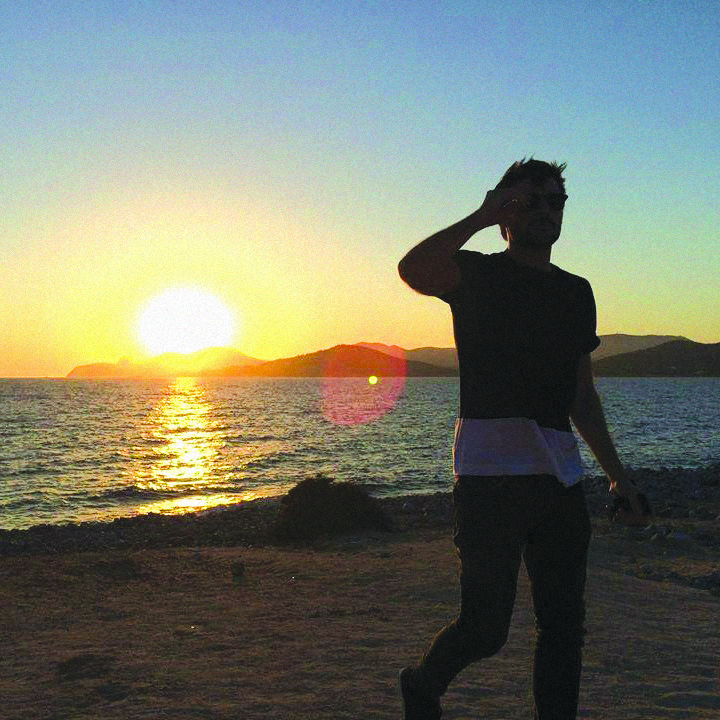 10
Facebook Twitter Google+
We featured James’ Hot Creations debut in the February roundup and upon hearing this EP it was impossible to not include him again — something we rarely do in b2b issue. The EP rides the line between tech and progressive styles, with some serious euphoric synthesis letting rip on ‘Universal’ and ‘Spectral’. The focus here though is title track, ‘Ghost Town’, with it’s eerie, driving house feel, and ‘Thoughts’; a pressure cooker of a dance instrumental with Arthur Russell-esque vocal murmurs that combine into something truly blissful.

9.5
Facebook Twitter Google+
The Seven Dials boss and Fuse London mainstay had a particularly strong 2019, dispatching several killer EPs and various remixes, in particular, ‘4 Ever’ (Four Thirty Two), which took October’s Money Shot. He continues his form into 2020 with this debut on Hot Creations. Three stellar cuts, from the upfront fizzing bass bellow of ‘Flow’, the pacy, deep dancefloor reminder on ‘Put You Phone Down’, to the globular groove of killer single, ‘Nut In Your Mouth’.

9.5
Facebook Twitter Google+
Hands down this month’s Money Shot, the Amsterdam-based duo shift three ultra tidy cuts that stand strongly alone, but form a deadly, groove-laden house EP together, and will only help inform the scene what good tech-house is all about. Despite the title track fronting an uber-funky bounce, and ‘Self Love’ catching vibes with its sample-loop style, the highlight is the energy ridden ‘Zima Blue’, which pumps all cylinders for six glorious minutes.

8.0
Facebook Twitter Google+
There’s no denying the infectiousness of the rising sub bass progression on EP opener, ‘Guapo’ — all beautifully gnarly groove. Label heads M.F.S. Observatory transform this heavy roller into an agile slice of terrace euphoria, but still in-keeping with their usual low-end bounce. The second remix comes from Dirtybird regular, Wayne Marshall, who delivers a seriously deep and hypnotic refix of the original, full of intricacies, holding an alluring atmosphere throughout. Tres guapo bombas.

9.0
Facebook Twitter Google+
The Cologne imprint invites one of their own, Jonathan Kaspar, to make his full debut, after his initiation in ‘Renard’ off the ‘Total 19’ compilation six months ago. Here, Kaspar ups the ante with four powerhouse tracks of tense, progressive and melody-driven tech-house/techno, making it one of his best works to date.

9.0
Facebook Twitter Google+
Costa’s ascent over the past 12 months has seen him cement both his own reputation as a production force in the scene, and his label, Potobolo, as a go-to hub for trusty tech-house beats and grooves. He delights the big-room imprint, Sola, with a pair of searing, thick-set rollers. Lead track ‘Laruche’ is highly hypnotic, while the flipside, ‘Spare’, is a tad brighter, with its active, low-end groove and shimmering hi-hats. Double heavy.

8.5
Facebook Twitter Google+
Fuse's main man picks up where he left off in 2019, with a package of rave-infused house and techno. He nods to Andy C & Shimon's ‘Quest’, shifting a naughty, sub-wobbling bass on his own track of the same name, while ‘Karkness’ is a meld of housey minimalism and unrelenting, subbed-out bass. A pair of solid, teched out cuts plus a digital exclusive that’s no slouch help to balance the EP vibe, and make this a key release.
Leon Clarkson
Facebook Twitter WhatsApp

8.5
Facebook Twitter Google+
Jamie Jones locks in the Manny pairing for a triple dose of deep and vibey tech-house. ‘Sip N Dip' is a certified banger.

8.0
Facebook Twitter Google+
Syrossian delivers a playfully bouncy single in 'Soul Fire' and Dimmish touches down for his Moxy debut, with a swing, key chopping remix. 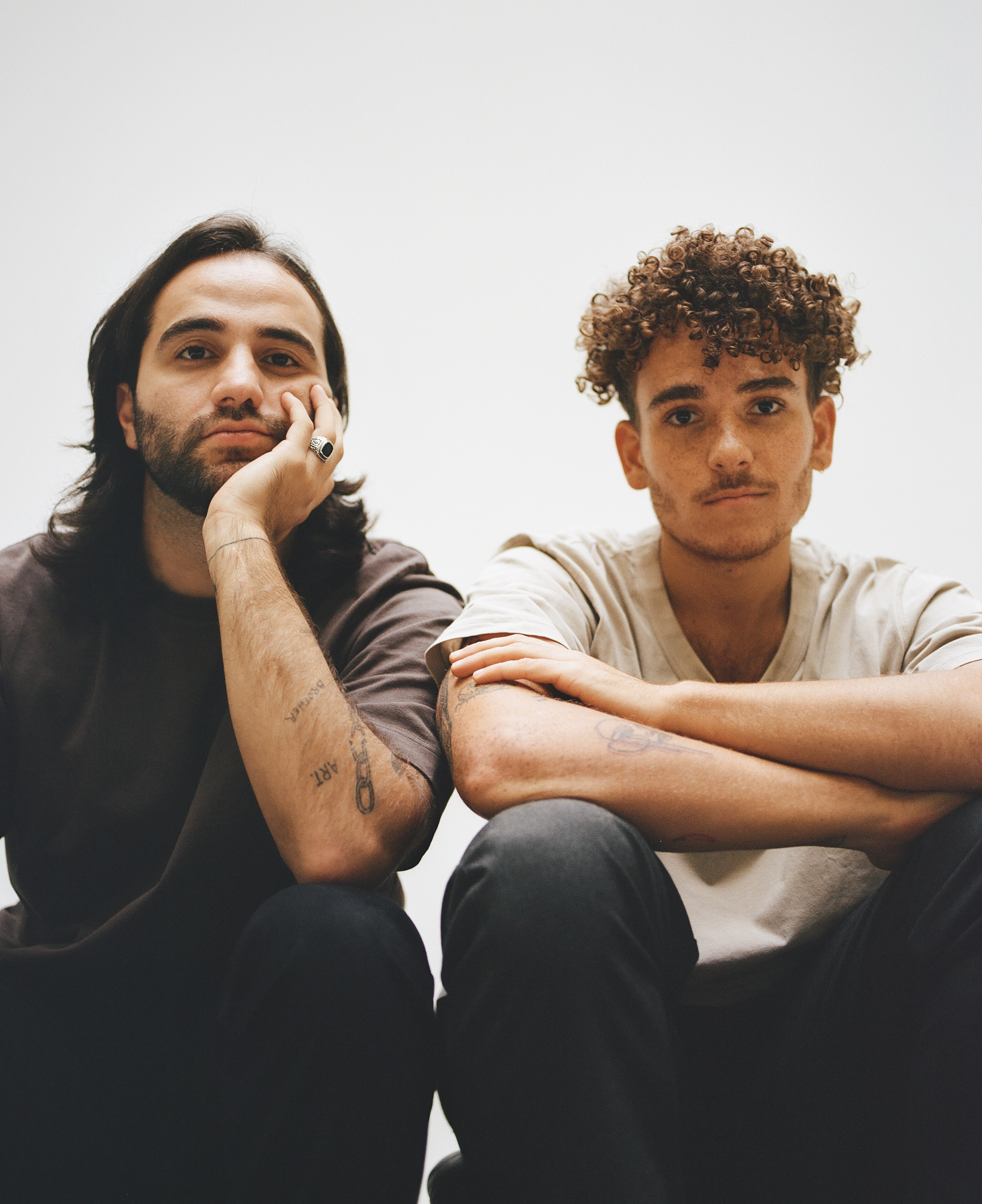 . Émoi Story Telling Émoi Emoi serves up a clever, feel-good, three-track dispatch of deep, technical house. Beginning funky and almost frenzied on ‘1pm Breakfast Time’, Emoi then moves deeper on the lush and expansive ‘The Story Behind My Pain (Dear C)’, before Jay Bliss softens the groove more for a dreamy rolling joint. Title track, ‘Story Telling’, closes the EP with a construct fit for those sunsetting moments. Delightful. 1. Baba Ali 'Cog In The Wheel' Ways And Means "Such a masterpiece by Baba Ali. Innovative, mind-blowing, incredible vocals, and one of our favourite tunes to listen to." 2. Litmus 'Hygiene' No Art "Came out on our own imprint No Art in February. Our Aussie friend Litmus is definitely an artist to watch in 2020." 3. Toman 'Feel For You' Moscow Records "Our studio neighbour Toman strikes again with his new release on Archie Hamilton’s imprint Moscow Records." 4. Luuk van Dijk 'Da Revolution' No Art "Great producer from Amsterdam. We’ve done a few studio sessions with him, as well as a few sick B2Bs at festivals and clubs." 5. Rossi 'Nova' Inkal/Meta "Rossi just does it every single time. Great producer — certainly one to watch for 2020, also later this year on No Art." 6. Anotr 'Wicky Wacky (Anotr Edit)' Event Records Inc "Big inspiration track. A great party starter for every situation. Brought it back to the clubs with the edit we did." 7. Phreaks of Vision 'Fatbush' LOLiFE "The boys Anil Aras and Locklead are both insane producers on their own, and this is what you get when you combine them." 8. Kapote 'Jaas Func Haus (Sworn Virgins Remix)' Toy Tonics "Unstoppable groover. The dark vocals and repetitive beat will take you to a different planet." 9. iO (Mulen) 'At Seventeen' Berg Audio "This repetitive, hypnotic groover works in all sets — just a perfect tool to turn it down a notch but still keep the crowd hypnotised." 10. ANOTR 'Don't Mind Ya Weight' No Art "New release by yours truly on our own label No Art."
back to top
DJMAG
all sections