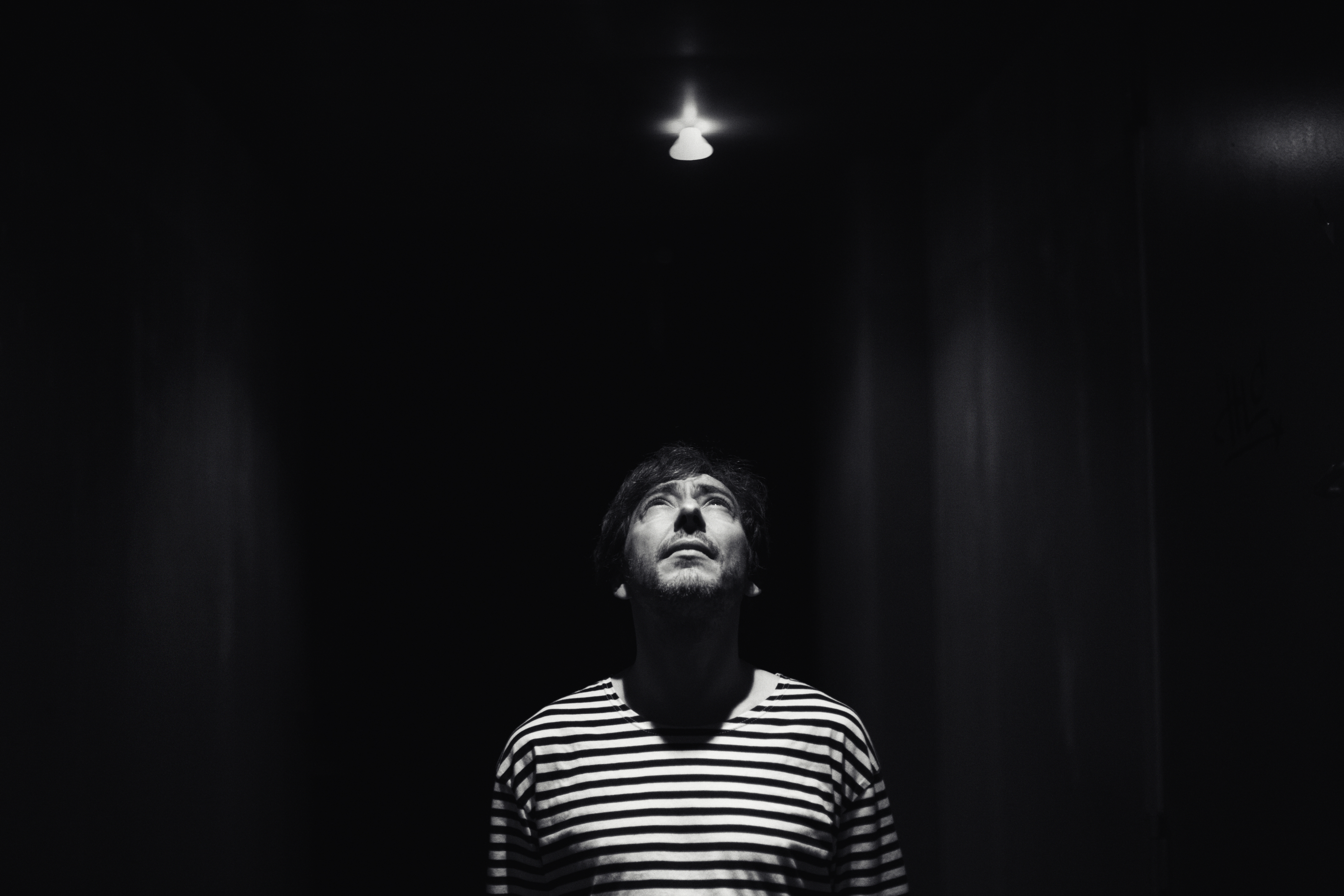 9.0
Facebook Twitter Google+
Move D teams up with Jonah Sharp to deliver the fourth release on Away as Reagenz. Both tracks sound like they were recorded in one take, which is the usual approach for this project. That said, both ‘Roll Split’ and ‘Melrose Ave’ resound to expertly weighted percussive licks , fat basslines and sensuous melodies. On ‘Melrose Avenue’, the pair add in some shimmering guitar chords. It all adds up to one of the finest deep techno releases so far this year

7.5
Facebook Twitter Google+
It’s great to see Billy Nasty re-launching Tortured, his techno label with a proper underground release. The title track sounds like vintage Umek, with its hammering rhythm and eerie stabs, while on ‘Alternative Methods’, Binny delivers a twitchy minimal workout. ‘Roll With It’ sees him tease out a gnarled acid sequence, while even the deepest track, ‘Untitled’ has a menacing edge to it. ‘Orchestra’ beats the hell out of the miserable, gloomy fodder that has been in circulation for too long.

7.5
Facebook Twitter Google+
‘Dualism’ is only Montreal pair Solitary Dancer’s second release, but it is an assured EP. ‘Anything; sees them use jittery drum patterns and a repetitive vocal sample to create an eerie techno track. By contrast, ‘Losing Touch’ is a low-slung 808 workout, while on ‘Emails 2 Myself’, they team up with Marie Davidson to create the kind of ice maiden-led electro-disco track that Miss Kittin used to specialise in.

8.0
Facebook Twitter Google+
Freddie Fresh has revived his '90s Modulator project — and there have been a number of sightings in recent years. The US producer’s latest release under this alias is ‘Edges’, where he raw techno title track leads the listener on a ride through a metallic tunnel populated by glitches, blips and unexpected turns. ‘Talk Phazing’ is also built around a similarly rough, stop-start rhythm, but this time its abrasive groove is deep-fried in some frazzled, unmistakable Midwest acid. No one makes techno anymore like Freddie Fresh.

7.5
Facebook Twitter Google+
Daniel Kyo is a Spanish producer and on ‘Evanescence’, he provides a fresh take on Bordello A Parigi’s sound. While the title track contains an infectious melody and ‘Beyond The Consciousness’ resounds to an epic synth-line, the backing tracks consist of throbbing, predatory bass and tough kick-drums. On 'Echoman', Kyo deploys abrasive acid and even the soaring guitar line on ‘Wrong Way’ cannot detract from the fact that ‘Evanescence’ is a raucous record.

7.5
Facebook Twitter Google+
'Gaia's Requiem' is the first in a series of collaborations between Blue Hour and A-JX. It sees label owner Luke Standing deliver a new take on his '90s techno-inspired sound. The trademark hyper-speed rhythms are replaced with greatly reduced tempos, but the same dreamy, musical textures are present. Both ‘Lost Illusions’ and ‘Aura 96 (Kino Mix)’ rumble along to mid-tempo drums, but the stand-out track is ‘Gaia’s Requiem’ itself, a string-filled, expansive ambient composition.

8.0
Facebook Twitter Google+
Like the pylons that adorn its cover, ‘Connection’ tingles and fizzes with energy. The title track sees Emile Facey deliver an individualistic take on deep techno. Both ‘Gathering Storms’ and ‘Cirriform Surface’ are slower and resonate to kettle drums and menacing bass — and on the latter, a breezy synth. However, the release highlight is ‘Wire Wound’, which sees Facey delve into the kind of mysterious, multi-dimensional electro sound that ERP explores.

7.5
Facebook Twitter Google+
Boris Bunnik makes his debut on Deep Sound Channel with two very different tracks. ‘Kernel’ is a tough dancefloor track, led by booming kicks, acid blips and sharp chord stabs. On the flip, ‘Oasis’ provides a stark contrast; led by lithe electro drums, it evolves to mysterious synths and a Biosphere-esque hint of cold menace. This release proves yet again that the Dutchman is one of the most diversely talented modern techno artists.

8.5
Facebook Twitter Google+
After some labels put out ethically questionable Gemini reissues, Another Day does the right thing and gets Spencer Kincy’s permission to re-release ‘Le Fusion’. Despite being over twenty years old, these three untitled tracks remain as unpredictably brilliant as ever. Woozy rhythms, deranged vocal samples and drunken organ riffs unravel over muddy bass and Gemini’s signature drums. Hopefully this reissue will go some way to helping an iconic artist who has fallen on hard times.

8.0
Facebook Twitter Google+
Maybe it has something to do with the restrictive licensing laws, but whatever the explanation, there is an inordinately high volume of techno and house coming from Dublin at the moment. The latest producer to impress is Dave Hargadon. Usually one half of Slowburn, he flies solo for the second release on his Lime Street label. Mysterious synth motifs, crisp 808s and an intangible sense of melancholia that is as endemic to Dublin as it is to Detroit techno come together on this effortless four-tracker.

8.0
Facebook Twitter Google+
In these times of uncertainty, who better to deliver the latest New York Trax release than Steve Stoll? The US producer is a master at delivering tough but cleverly executed techno and this is no exception. ‘No Questions Please’ is all grinding riffs over a hard rhythm while ‘She Rises Up’ sees him deliver a relentless, EBM-fuelled workout. Best of all, on ‘Train of Thought’ he returns to the grainy, gritty minimalism that characterised his releases on Synewave. Hard music for hard times.

8.5
Facebook Twitter Google+
It’s no coincidence that Lost Trax are releasing on Emotions Electric. The mysterious act specialises in the type of reflective, melodic electronic music that originated in Detroit and which was documented on the Network compilation that the label’s name is derived from. ‘144 4096’ unravels to the sound of dramatic claps, spaced out whooshes and a huge, pulsing acid line. However, they really impress on ‘Reflections’. Available in two versions, it sees them deliver the kind of understated, melodic deep techno that first put the Motor City on the map.

8.0
Facebook Twitter Google+
It’s no coincidence that Lost Trax are releasing on Emotions Electric. The mysterious act specialises in the type of reflective, melodic electronic music that originated in Detroit and which was documented on a Network compilation that the label’s name is derived from. ‘144 4096’ unravels to the sound of dramatic claps, spaced out whooshes and a huge, pulsing acid line. However, they really impress on ‘Reflections’. Available in two versions, it sees them deliver the kind of understated, melodic deep techno that first put the Motor City on the map.

8.0
Facebook Twitter Google+
Ingmar Pauli hasn’t put out a record in seven years, but ‘Weekend Warrior’ has been worth the wait. From the title track’s epic synth melodies to the hypnotic pulses of ‘Nebraska’, ‘Warrior’ sees the Dutch producer showcase his distinctive interpretation of West Coast electro/disco. However, it's apparent that he's also keen to branch out and the EP sees him explore deeper and farther than before; on ‘Night Fashion’, he flirts with deep techno, while ‘After Hour Boogie’ is a slick electro funk workout.
Richard Brophy
Facebook Twitter WhatsApp

7.5
Facebook Twitter Google+
Bastardo Electrico resident Jamie Behan gets together with Stephen Mahoney for a rough techno release. ‘703 39flr’ is a relatively straight affair, but the cluttered, noisy 'Callmecrazeey' and the cranium-melting ‘Blizz’ draw on the legacy of Neil Landstrumm and Cristian Vogel.

7.0
Facebook Twitter Google+
Svreca’s label releases so much material that it proves difficult staying up to date, but this release by Evigt Morker stands out. Tough, metallic rhythms provide a backdrop for chants, effects and textures that are more mesmerising than a TV evangelist in full flow.

8.0
Facebook Twitter Google+
Daniel Olarte delivers a killer release for Giallo Disco. From the doom disco of ‘M-19' and ‘Rite of Purity’ through the nightmare soundtrack of ‘La Cathedral’ and the paranoid EBM of ‘The Siege’, 'Modus Operandi’ is a deliciously nocturnal affair.

1. Sterac 'Scorp' Token "Steve Rachmad's 'Scorp' tracks have been a mainstay in my record bag for many years and this recent re-release was a very nice surprise indeed! 2. George Tounisidis 'Three Clicks Left' Symbolism "Brilliant track with clear Robert Hood influences and I personally love anything in that style." 3. Phantom Planet Outlaws 'Muscles From Outer Space EP' Boss Tracks "Our first EP on our new label, which I hope will be the first of many." 4. Endlec 'New Age Dystopia' Mord "If ever I need anything truly mental with underlying funk, Endlec is my go-to guy and this LP is no exception." 5. John Heckle 'Tone To Voice' Tabernacle "An absolutely stunning album which is as diverse as it is soulful." 6. Mark Forshaw 'Further' Midnight Shift "303 riffs and emotive strings make this an absolutely perfect record to change the mood on any dancefloor." 7. Nez Nan 'Knap' Float "A tune of two distinct halves with some superb old-school drum machine action." 8. Psi-DOM 'Ars Nature Ministra' Falling Ethics "The driving bassline and hypnotic riffs mean this track will probably be in my record bag for years to come." 9. Marshall Applewhite 'Go Home' Yo Sucka! "Tongue-in-cheek booty techno vocals and one of the toughest house beats I've heard in a long time make this a sure-fire winner for me." 10. Domenico Crisci 'Issue No. 12' Jealous God "Raw, tough and effective dancefloor techno — something which I can never get enough of."
back to top
DJMAG
all sections