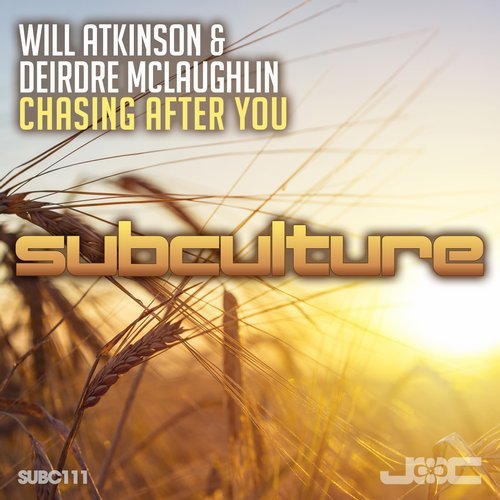 9.0
Facebook Twitter Google+
With none of its eccentricity and quirk, ‘Chasing After You’ is a surprising follow-up to ‘Pat Butcher’. What it does have, however, is harder to achieve. It’s a centre-ground, everyman trancer that excels in a far more congested and contested field. Arrangement, production, sub-riffs, mainline, vocal, lyrics and so on — it doesn’t settle for sufficiency once. Instead, in every viable respect, it delivers bigger and better — outclassing everything else this month.

8.5
Facebook Twitter Google+
Saying M.I.K.E.’s a busy boy is a bit like saying water’s wet. Even by his own industrious standards though, it’s been an overdriving month. Alongside his energetic reboot of Marcel Woods’ ‘Tomorrow’ come these two. High Contrast’s ‘Analogy’ is the marginally darker of this deuce, while ‘Lost’ on PTR is the more wistful and emotional. An album’s in the pipeline too apparently, so expect output to be up even further in 2017.

8.0
Facebook Twitter Google+
As its title meaning is ambiguous, might we suggest that ‘Balearic Bells’ would have been a better (or more accurate handle) for Above &amp; Beyond latest?! Its tolling chimes are certainly amongst the most prominent elements on this darkly bassy, tech-bordering-on-techno affair. A&amp;B haven’t gone full Robert Armani though. There’s just enough harmony shafting through those top-end rafters to keep those of us so-persuaded content.

8.0
Facebook Twitter Google+
Blank &amp; Jones haven’t released an even remotely club-angled album in many a long year. ‘#WhatWeDoAtNight’ is essentially a halfway house between the B&amp;J we once knew and their 10-year-long chillout oeuvre. ‘COH’, ’Seven Souls’ and ’Under The Stairs’ form a fairly representative cross-section of their toe-back-in. Suffice to say, if your tastes gather around the JOOF, Pure Trance Progressive and Saturate nexus, ‘#WhatWeDoAtNight' is where it’s at.

8.0
Facebook Twitter Google+
To date at least, Arctic Quest is best remembered for a batch of 2004 releases on Armin’s then nascent Armind label. Thus, it’s good to see Emiel ten Hoor back up and production-operational at last. Released on his new Expedition imprint, ‘Eem’ (pronounced ‘aim’, fact-fans) is a promisingly moody slice of prog-trance, with some endearingly '80s analogue synths upping its mid-section atmos.

8.0
Facebook Twitter Google+
Thanks to their impressive ‘Materia’ album, there’s a clutch of roots-returning material from the Cosmics doing the floor-rounds at present. ‘Fall Into You’ with JES is pretty irresistible, but for those more instrumentally disposed, these two are prime. Their second in four months with Ferry, ‘Dynamic’ melds grit and melody in equal proportions. ‘Halo’ meanwhile reaches higher yet, whilst retaining a strong emotional grounding.

7.5
Facebook Twitter Google+
‘Home’ sees Craig’s new Higher Forces Records imprint off to an impressive start. Taken from his ‘One Second Closer’ album, on paper the track is a reasonably straight-shootin’ euphoric number. It is though one that’s brilliantly mapped out, offering at least three genuinely catalytic moments throughout. Among them are Sue’s chorus, the dramatic initiating of its mainline and its dynamic filter release post-break.

'In The Night (Remixes)'

8.0
Facebook Twitter Google+
Ostensibly 4 Strings and Eddie Bitar are headlining this remix-release. Our advice though is to dig deeper. Though coincidentally both from Chicago, Dave Neven and Peter Kontor field markedly different approaches to Schulz’s latest. Neven ports the track to primetime, making excellent use of Tomlinson’s vocal. Fuelled by stirring chord progressions in the drop, Kontor’s has more of a cruising prog-trance nature to it.

7.5
Facebook Twitter Google+
Right down to its celestially themed designation, ‘Mars Rover’s Extended Mix' subverts no expectations whatsoever. It’s MSJ’s usual club-effective blend of uplifting synths and spacey pads, glazed with tech-ish trimmings. The Interstellar remix, on the other hand, does. Danilo Ercole’s influence perhaps, its slower, far moodier and with more dystopian ether. Its mad squally electronica-leaning culmination throws a firecracker of a curveball into its production too.

In Trance We Trust

8.5
Facebook Twitter Google+
The 700th release on ITWT… and yes, you are reading that right. Unlike a good few others of its time, it’ll be a chilly day in Death Valley before this writer tires of hearing Midway’s career-high. With its exhilarating, inventively written mainline and (remix-wise) refreshingly un-rinsed nature, ‘Monkey Forest’ still has plenty to give. That’s something that Casey Rasch’s respectful yet spirited remix treatment ably demonstrates.

8.0
Facebook Twitter Google+
Techburst serve two newies from Aussie pairing HP Source. ‘Planet’ sounds less throwback, and more like it was time-capsuled 15 odd years ago. From its drums and percussion up, every element screams ‘Scot Project’, ‘Yves Deruyter’ and ‘Early Millennium’. Undemanding, but masses of fun nonetheless. ‘Spirals’ has more of Techburst’s stock-in-trade linear techno attrition, which nags, chivvies and hypnotizes its way into your affections.

'Rage At The Stars'

8.5
Facebook Twitter Google+
Better or more enjoyable (or both) with every track and remix, Andre ‘Lostly’ Frauenstein is straight-up smashing it at present. Initially ‘Rage At The Stars’ is harmonically concentrated, with top-notch FX and several sub-riffs vying for leadline status. Too cool to be euphoric, too uplifting to be melodic or progressive, ‘Rage'’s tone is as easy to lap up as it is hard to pin down.

8.5
Facebook Twitter Google+
Belonging to the unimpeachable pre-boom, techno-trance era has benefitted ‘Schöneberg’s legacy no end. As has its relatively unrinsed remix status. Pure NRG approach the mix with evident gusto and in their hands, it’s straight-up putty. There are plenty of touchstones to the original (most notably its percussion and chanty vocal loops), but Rich &amp; Giuseppe supplement their own mainline. Never overcooking the uplift, it finds the perfect balance between the classic and new.

Above & Beyond feat. Alex Vargas

8.5
Facebook Twitter Google+
I confess, I’ve little idea to the meaning/metaphor of ‘Sink The Lighthouse’'s lyrics. Frankly though, their opacity only makes for a more engaging listen; intrigue-appeal in a proximate sea of generally familiar titles and lyrics. In its original album version, it was a vocal/song tour de force from Alex Vargas. No more though. Thanks to Maor’s booming, occasionally bombastic floor-port, it’s now an even more accomplished dual-hander.

10
Facebook Twitter Google+
It was unlikely that Estiva was going to better last year’s exceptional ‘Sun Goes Down’. With ‘Flares’ however, he did. By default, that made beating the aforementioned nigh on impossible. The bar was simply too high. ‘Star Walk’ doesn’t beat it, but it does equal it and given the attainment level, that’s still astonishing. At once instinctively written, original and nonchalantly delivered, it is also (somehow) ludicrously, chest-beatingly uplifting. If current-form Estiva represented the future of trance, we’d all be sleeping safe in our beds tonight.

8.0
Facebook Twitter Google+
Mea Culpa indeed — for ‘The Child'’s first three minutes, your reviewer overlooked the fact that we’d been here before. The penny-drop comes in the break. They just don’t use flamenco guitars this true in trance anymore. Tucked away on cult act Mea Culpa’s 1999 ‘Time & Motion EP’ was ‘The Child’. PTR have brought it out of obscurity and had Alan Banks and Gary Delany work up a pair of deft, effective, upliftingly angled re-awakenings.

7.5
Facebook Twitter Google+
Currently (and regrettably), ‘Yangtze River’ exists in a less occupied department of trance. It sports pace, bass and general trance production vim aplenty, but is far less concerned with supplying big statement moments (actual or producer-imagined). In their place are longer, more developed harmonies, written to fashion a better end-to-end experience. Clearly Daniel &amp; Roman made this, not out of necessity, but desire… and kudos for that.
admin
Facebook Twitter WhatsApp

8.0
Facebook Twitter Google+
Nicolò Pilchard (one half of Voolgarizm) drops this melodic charm offensive on his own Graygoo Purple label. As reclined in tempo as it is chimingly irresistible in tone, for cooler floor moments ‘Speedlight’ is well worth seeking out.

7.5
Facebook Twitter Google+
If after ‘The Only Place’ and ‘Without You Near’, you thought Sneijder had gone a bit, well, soft, here comes the equaliser. Fast, brutal, siren and squelch-filled, this is a blunt force trancer if ever there was one.

8.5
Facebook Twitter Google+
Protoculture’s latest comes with a pointedly dynamic title and one hundred percent of the elements required to back it up. By turns acidic, melancholic, techy, tough and explosive, this is unlikely to leave any floor wanting.

8.0
Facebook Twitter Google+
If ‘Prism’'s glacial tone is anything to go by, it was a chilly day in the studio for Brenden LaBonte. Alongside Namatjira’s equally fine ‘Illuminar’, these represent a promising start to 2017 for Pure Trance’s prog division.

8.0
Facebook Twitter Google+
In its Original Mix form, a punchier runtime than last October’s ‘A Quest For Beauty’. It doesn’t dent the appeal of ‘Pray For Happiness’ at all, though. If you’re missing the opulence of an extended Airwave opus however, The Digital Blonde’s 11-minute rework should service your avidity!

1. Cosmic Gate & JES 'Fall Into You (Extended Mix)' WYM Records “This is the first single of our new album ‘Materia Chapter.One’. JES is one of our favorite singers to work with. Her voice gets us every time.” 2. Jason Ross 'Valor (Original Mix)' Anjunabeats “Tune! A fixed track in our sets for many a week now.” 3. COSMIC GATE & FERRY CORSTEN 'Dynamic (Extended Mix)' WYM Records “We did it again! Second collab with our bro Ferry. It was a pleasure to work with him on ‘Event Horizon’, so a second track together was just its logical progression.” 4. SIMON DE JANO & MADWILL 'Locomotive (Mitchell Niemeyer & Aaron Gill Mix)' Free Music Recordings/Sony “Very energetic track — perfect choice for peak-er time moments in our sets.” 5. London Grammar 'Wasting My Young Years (Maor Levi & Kevin Wild Remix)' Bootleg “We are major London Grammar fans and with this mix, we finally have a track we can play at our shows.” 6. Cosmic Gate & Ilan Bluestone 'Spectrum' WYM Records “Premiered by Above &amp; Beyond on their ABGT 250 show back in 2016, ‘Spectrum’s finally out! Another track from our ‘Materia Chapter.One’ album.” 7. Solarstone 'Release (Sunny Lax Remix)' Armada “Fully in love with this one. That vocal and vibe fits together perfectly for us.” 8. COSMIC GATE & ALASTOR 'Fight The Feeling (Extended Mix)' WYM Records “Alastor is an up-and-coming DJ/producer from LA. We play a lot of his tracks in our sets, so for the new album, we knew we had to work with him on a track.” 9. Orkidea 'Nana (Jerome Isma-Ae Remix)' Black Hole “Jerome did it again! The track has been out for a while, but it’s still a smasher for us.” 10. Cosmic Gate 'am2pm (Extended Mix)' WYM Records “This tune was written in 2014, during our ‘Start To Feel’ album tour. No idea why it took us two years to release it!”
back to top
DJMAG
all sections