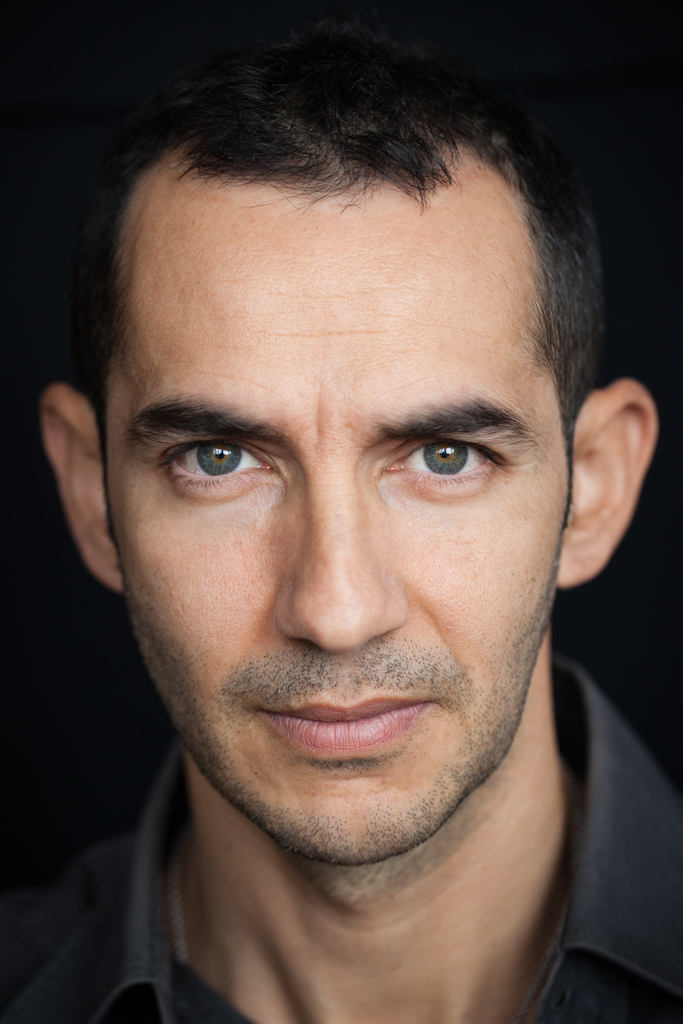 10
Facebook Twitter Google+
Scratch the surface of a half dozen aliases this month, and you’ll find the feverish hands of Mr Barone at work. Under the nom-de-guerre Revolutionary Blocks, ‘SH101’ is simply the best of his camouflaged best. As with much of Gai’s output, a looser fit for the trance bracket, its deep, pulsating, ridiculously emotional voyage is carefully outfitted with melodic techno elements. String quiver (highly reminiscent of early Derrick May) meets trance chime and trilling FX to extraordinary ends.

8.5
Facebook Twitter Google+
Rare in the instantaneous digital era, but this number arrived with some advance buzz about it. Nonetheless, its charms were initially somewhat indistinct. As ever, down in the engine room, Simon & Activa raise all kinds of hell, but up top the picture’s less clear. Sometimes (as was ‘Contour’s case) you need to hear a track in a set context to really appreciate its potential; there's a devilishly effective, blink-n-miss lifty key change in the drop. After that — yes, indisputably, the track owns a pearl in the shell moment.

9.5
Facebook Twitter Google+
No shortage of Jono, Paavo and Tony around at the moment, it’s really only a question of what flavour you’re after. Headline-gobbling collabs? Then the Armin collabo ‘Show Me Love’ is for you. Or if voyaging experimentalism’s your deal, hit ‘Sahara Love’. But if you’re after a melodically-tipped A&B ICBM, with ‘Distorted Truth’, your rocket has arrived. Flutes and strings are the drop’s keynotes, which, when hitched to the full beam of its effortlessly dazzling mainline, deliver (but yet another) classic.

7.5
Facebook Twitter Google+
‘Heart Connected’ isn’t perfect. On a number of counts, however, it’s outclassing all others this month. Foremost among those is Megan’s enigmatic song. The rarest of attributes, it’s one that’ll have you edging forward to catch its next lyrical line. Even before that, Solarstone’s mix brings you skipping breakbeats, long held chord-soar and compellingly moving melodies. Certain latter sequences and tangents aren’t for me, but somewhere inside ‘Heart Connected’ lies the exceptional.

8.0
Facebook Twitter Google+
Landing a full two months earlier than 2018’s inaugural anthem did, summer’s already well off the blocks in PvD world. Vibe-wise, this year’s hymn to the hot stuff was never going to skimp on temperate Balearic feelgoodery. The pads and chords have palpably cyanic accents, the rich mainline gives it its thermal lift, while its firmer bass conveys all the necessary floor-drive. Add a detailed, FX-flush production surround, and cumulatively you’re looking at an anthem in both name and nature.

8.0
Facebook Twitter Google+
Once a fairly unabashed (and unsuccessful) attempt at putting away a European chart hit, The Spacelovers’ ‘Space Lover’ has unexpectedly turned into something of a genre cult item. Reworked for his ‘Tales From Another World’ album, Myon exposes its not-as-kitsch-as-they-sound virtues to a new generation. Genix, Mitiska, Maywave and others have some interesting new approaches. Solely worth the endeavour for the original’s gleaming (and much-needed) remaster, though.

7.5
Facebook Twitter Google+
On first listen, the most subversive or indeed "Clandestine" element of ‘The Wretched’ appeared to be its title. In terms of feel, tech doominess prevails, with heavy use of reverb, warpy synths, slappy beats and bass, and stuttery, vaguely satanic vocoders. It teases the occasional light-side release, but ultimately never vents, capturing you in its darkly persuasive and thoroughly enjoyable kismet.

'Turn Out The Lights'

8.5
Facebook Twitter Google+
‘Haunting’ is a descriptive that’s regularly (and readily) applied to Ashley’s vocal style. Somewhere in the nexus of ‘lingering’, ‘captivating’ and faintly ‘otherworldly', she sounds like she may even be playing on her own etherealism here. The tone of the song and sonic on ‘Turn Out The Lights’ are breeds apart, as Maor & OTIOT musically assail with a tech-toned bombardment. And over progressive spins, well whaddayaknow? That oddest of alchemies occurs.
Tim Stark
Facebook Twitter WhatsApp

7.5
Facebook Twitter Google+
If you’ve yet to happen upon Mr Downey’s Skullduggery label, ‘Among Us’ is a decent jump-in point. He and the rarely (if ever) disappointing Alex Di Stefano fry up a lean, floor-blistering number, rippling with energy and smartly developed note arrangements.

8.0
Facebook Twitter Google+
While the artist name might sound a touch engineered, you can’t fault Brandenburg Techno Orchestra’s product. ‘Mindset’ has the trancier bias, but, with an almost Kraftwerkian intro, the wonderfully bleak bleeps and technotic rhythmic march of ‘Mondfinsternis’ make it the EP’s pick. 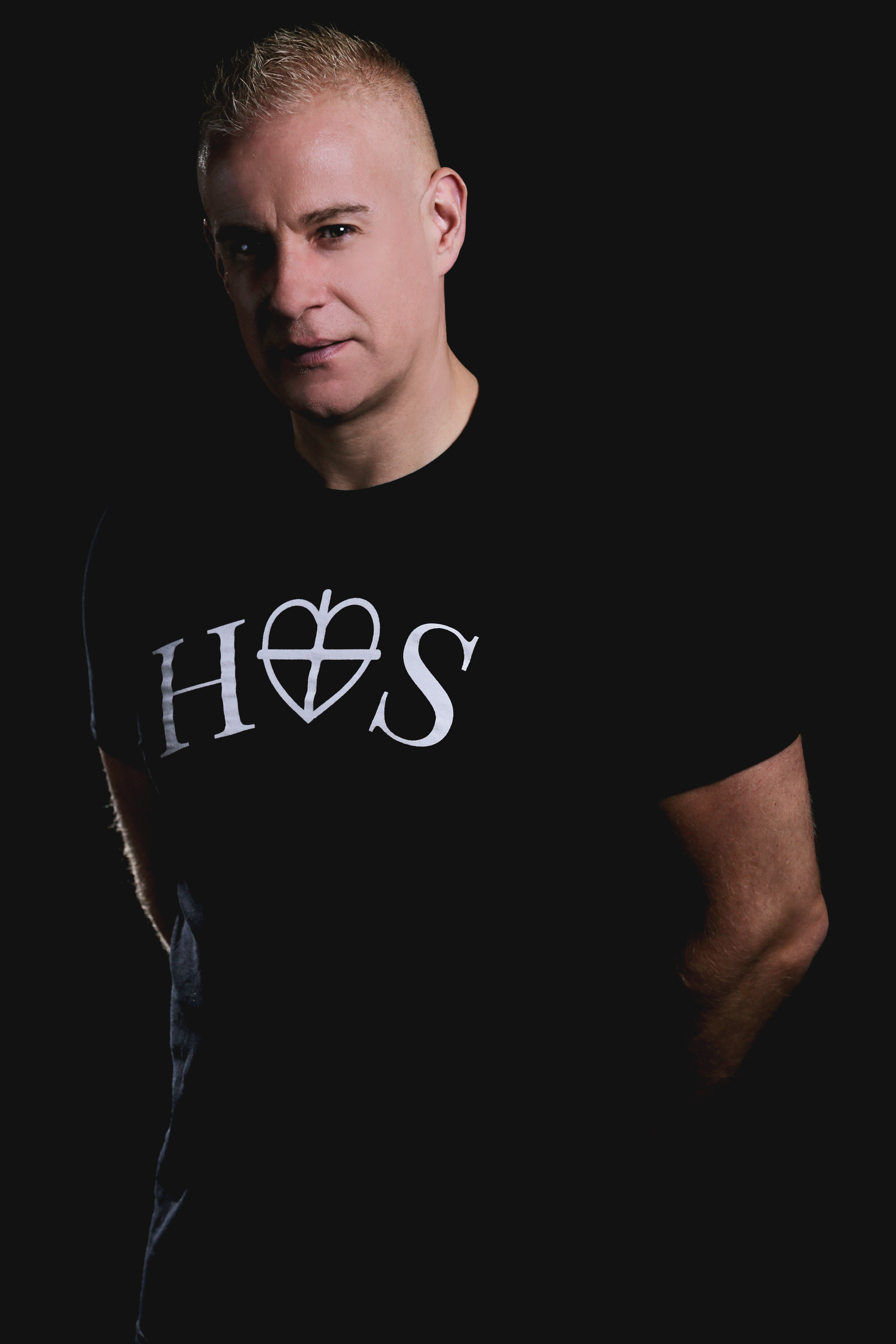 1. Mark Sherry 'Confirm Humanity' Outburst Records “The title track taken from my forthcoming artist album on Black Hole Recordings, continuing my trend of futuristic sounding, space-themed tech-trance bangers.” 2. Tempo Giusto 'Connection Failure' Outburst Records “The Finnish whizkid producer returns with yet another tough and techy, but groovy stormer — complete with some quirky modem samples to boot.” 3. SYSTEMBREAKER 'Infinite Loop' Outburst Twilight “Alex Bailey follows up the huge ‘Sleep Paralysis’ with another superb tech-trance fusion. Hard trance reverse bass-tastic.” 4. The Prodigy 'We Live Forever (Gentech’s Dreamstate Remix)' White Label “A bootleg remix that myself and Scot Project made for our Gentech set at Dreamstate last year in LA, that’s now become our very poignant farewell to Keith.” 5. Mark Sherry 'Phantasmic (Tempo Giusto)' Outburst Records “Another classy production from Tuomas, as he applies the steroid treatment to my old 2011 release, that originally came out on Reset/Spinnin.” 6. AWEX 'It’s Our Future (A.S.Y.S. Remix)' White Label “My old friend Frank Ellrich (aka A.S.Y.S.) reworks the acidic techno classic, giving it a slick and modern sound.” 7. Paul Denton 'Wasp' Outburst Records “Paul is unstoppable at the moment. A perfect example of tech psy with a drop that stings like a queen bee.” 8. Thick As Thieves 'Jack To The Sound (The Remixes)' Techburst “T78, Darmec and Sylar all get their hands on deck to remix my techno alias with David Forbes — made only for the sturdiest of bassbins." 9. KUZNETSOW 'Odio' Outburst Twilight “We continue our run of mind-bending releases on Twilight, that are always 100% focused on those dark and sweaty wee hours in the rave.” 10. STUART MCNIVEN 'The World Won’t Move' Techburst “Some fresh and exciting new techno talent right out of Scotland — 128BPM filthy and fizzy techno, that easily pitches up to suit those peak-time sets too.”
back to top
DJMAG
all sections