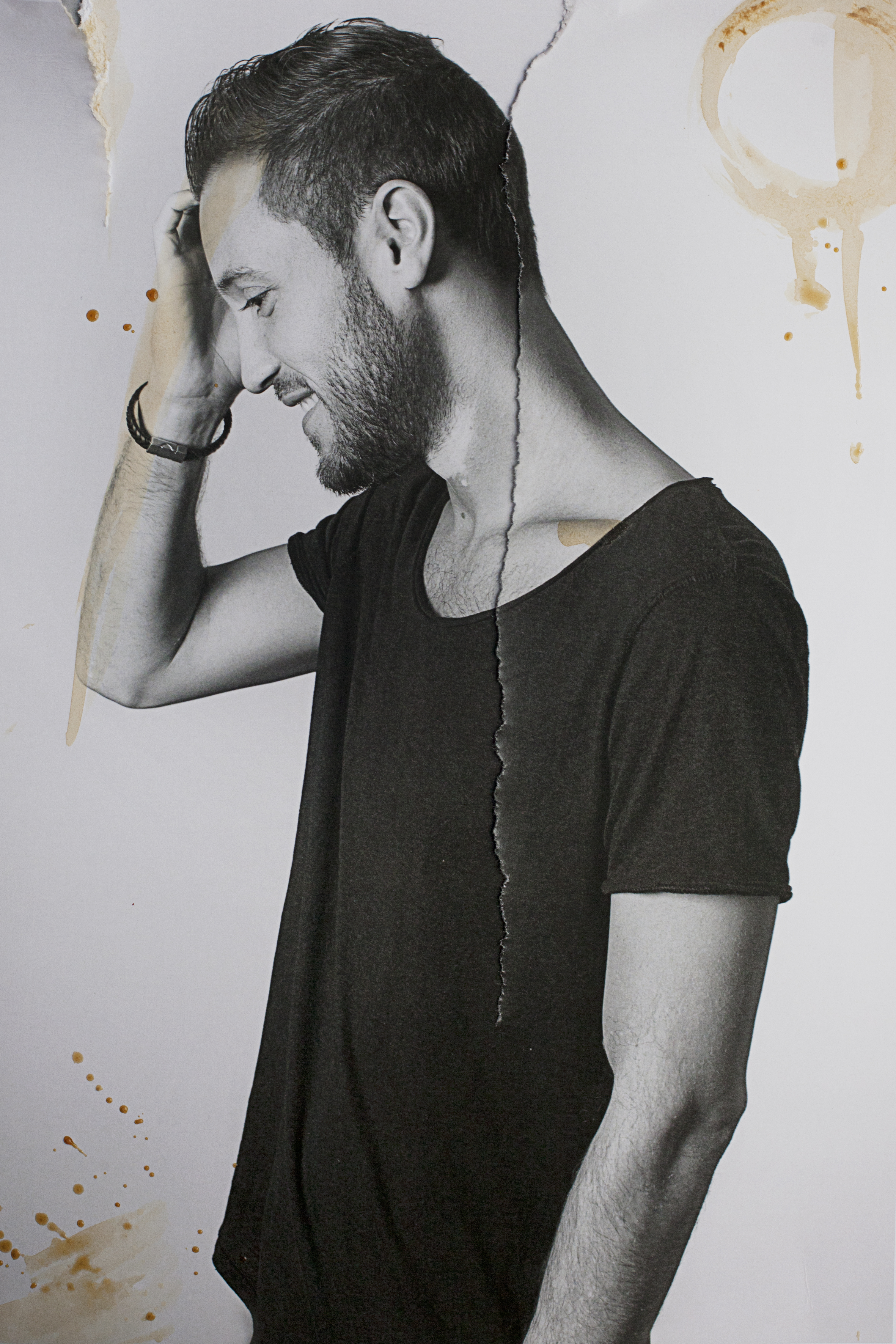 8.5
Facebook Twitter Google+
Each designed to showcase Estiva’s range, the EPs taken from his ‘Metamorphoses’ LP continue to play tactical as hell. ‘Kosmos’ is celestial trance done differently. Bags of atmosphere, but without any big statement-like drops, it still has ether to burn, while never losing sight of the dancefloor. ‘Two Tigers’ has even more club pulse about it, with quick two-note stabs elevating its myriad acid lines. The police sirens and poolball FX are an attention-grabber too!

8.5
Facebook Twitter Google+
For those that have got used to (and loved) El Mar on his doomily technotic, Frankfurt-esque preset, here's something of a break in the clouds. ‘Evo’ retains his structure, incrementally and ever rising, but brings a degree of chiming harmony to both its primary supporting melody and leadline. It cycles these ideas, modulating and developing them every four bars of the way. A simple but ruthlessly effective number, as clearly was the intention.

8.0
Facebook Twitter Google+
With producer, singer and remixer firepower that’s hard to argue with, this is a consummate appetite whetter for 2020’s ‘Remedy’ album. After the slower, cooler original, Bluestone & Levi naturally give ‘Keep On Holding’ a big push up the tempo and tone scale. In the transition, Jan Burton’s vocal loses little of its wrought angst, making this as good in the delivery as it was in its reckoning.

8.0
Facebook Twitter Google+
Likely, your predicted appreciation curve for Genix’s ‘Kinetic’ treatment will run thus… bored, unimpressed, less unimpressed, impressed, relieved, excited and finally thrilled. The intro set up is prosaic in the extreme, and the drop into a flat reprise of ‘Kinetic’s untreated riff abrupt. From there though, Genix rapidly layers in sympathetic effects and transitional sub melodies, which apex with superbly executed 303, buoyed by bassy drive.

8.0
Facebook Twitter Google+
During your first spin of ‘Nightingale XVII’, a little voice tells you your sixth is going to be a remarkably different experience. Appreciation-wise, the first does just enough harmonically to beget a second, and from there, this is only going one way. Artful note arrangements, evocatively detuned/delayed piano, pad sway and an unhurried but inexorable rise up to its majestic mainline subtly make its case. Grower? That’d be an understatement.

7.5
Facebook Twitter Google+
‘Outflow’ first cropped up on Driftmoon’s (50 per cent of Astrosphere) ‘Remember The Night’ album last year. While not a complete homerun, this might still be his best pairing with Robert Nickson to date. The spoken vocal — lecturing at length on some physics brain-boggler or other, is a minor bum note. Its mainline, however — a ravey, persuasive affair with killer key changes — is irresistible.

8.0
Facebook Twitter Google+
New three-pack from Lithuania’s Ankse. EP leader ‘Space Howl’ keeps its keel murky and authentically moody, while its mainline flies. No mean contrasting feat considering. ‘Back In Time’ has rhythmic drive, sprung bass and a lead note arrangement every bit as good as ‘Howl’s. ‘Mistika’ is a touch more mainline, but by the time you’re there, likely you’ll already be convinced of this EP’s merit.

8.0
Facebook Twitter Google+
I have something of a soft spot for Jennifer Rene’s voice. She’s a singer we haven’t heard enough from in the last five years, which only adds to her cachet. With the first action from ‘Beside You’ — his debut album — Somna addresses that. Delivering a punchy, peak-time vying production, it also provides the perfect support to the empathetic nature of ‘Stars Collide’s song.

8.5
Facebook Twitter Google+
Long have I waited for a single from ‘It’s All About The Melody’ that would challenge ‘Beyond The Light’s all-eclipsing title track. ‘Te Espero Aqui’ (or ‘I Wait For You Here’) isn’t it, but it’s the closest we’ve come by far. The track finds the sweet spot between A&F’s main set pace and the warmth and feel of a trancer that has early Chicane written all over it. You’ll be thinking ‘Ibeefa’ before you know it.
TimStark
Facebook Twitter WhatsApp

7.5
Facebook Twitter Google+
‘Trinity’ heralds a meeting of the new (Asteroid), the not so new (Vlind) and the debutante (Gary Leroy). The result’s a lively, upliftingly effective trancer with psy asides and some true trance grit.

7.5
Facebook Twitter Google+
Twenty-nineteen was the year Garuda wiggled its toes back into the trance pond. December’s ‘Out Of Sight’ from Solis & Sean Truby was impressive fare, and here, Eximinds (seemingly ditching the last of their trouse affectations) lend the label a persuasively energetic firestarter.

1. Somna Feat Jennifer Rene 'Stars Collide' Magik Musik “The first single from my upcoming album, and I've reunited with Jennifer Rene for our fifth team up, "Stars Collide". This is quickly becoming one of my favourite set tracks of the moment.” 2. ANDY MOOR, SOMNA & BLU EYES 'Up In Smoke' AVA “My fourth collaboration with Andy Moor, and we teamed up with LA vocalist BLU EYES. It’s a really special one to us, as it’s our label’s 300th release.” 3. LEO REYES 'Rabbithole' InHarmony “This is such a killer track, and a huge one in my sets. There’s so much energy and production value behind this and the drop is just nasty!" 4. GARETH EMERY & NASH FEAT. LINNEY 'Yesterday' Garuda “Classic Gareth feels, and he's teamed up with NASH and the LA-based songwriter/vocalist Linney. Fantastic team up, and an easy sing-along song that's going to be huge.” 5. The Blizzard 'Pegmatite' A State Of Trance “We started writing this one over a year ago, in advance of a show in Norway we were performing at, and it blends our styles into something that moves and grooves.” 6. SOMNA & LTN 'Dreamcatcher' AVA “The second single from the album is a tech influenced collaboration between Indonesian producer LTN and myself. It's been a surefire feet mover in my sets.” 7. A.R.D.I. 'Heaven' AVA “This one's got beautiful guitars and an old school vibe that takes me back to earlier days.” 8. DAVE NEVEN PRESENTS OCATA 'Sirens In The Sky' Coldharbour Recordings “Something Dave crafted for the recently released ‘In Search Of Sunrise 15’ compilation. A really beautifully written piece." 9. DT8 Project 'Carry On (Myon Return To 95 Remix)' Anjunabeats “Absolutely infectious vocals and hair raising bass in this remix from Myon. Feeling this one so much right now, and it hits hard in the club.” 10. HOLBROOK & SKYKEEPER 'Horizon' AVA Recordings “Huge riff and power in this one from the duo. They've returned to AVA Recordings for a peak-time monster and it's surely one of my top tracks of the month.”
back to top
DJMAG
all sections