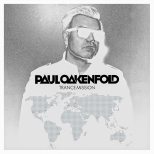 9.0
Facebook Twitter Google+
Along with some nicely enigmatic artwork, these are the first three tracks singled out from Oakenfold’s revisionist ‘Trance Misson’ album. The ‘Not Over Yet’ reboot is anything but overstated, sinuously powerful and never overly reliant on vocal recognition factor for its kicks. Likewise the bells of Quench’s classic ‘Dreams’ sound daisy fresh and just as welcome. It’s Future Disciple’s drifting horn ride take of ‘Open Our Eyes’ that seals the Money Shot deal though.

8.0
Facebook Twitter Google+
Genix &amp; Las Salinas’ last release ‘Say Another What’ nabbed a Money Shot on the smartly original ticket. ‘Arcadia’ is less innovative, but emphatically more beautiful with its beguiling, drifting vocals and melodic thrall. The production quality (pristine and truly ‘wraparound’ stuff) is also that much better. What it loses on invention, to the greater extent it makes up with big stage appeal.

8.0
Facebook Twitter Google+
There’s probably no more stimulating a compound available at Pharmacy than one dispensed by Fleming &amp; Lawrence. Tensile riffs are treated to unhurriedly stretched modulation, which in turn come galvanised by chunky percussion. Raising that pressure further are an Eastern-gazing flute riff and a b-line close to thermobaric. Just don’t look for a lead riff, ‘Predator’s all about the bottom end.

7.5
Facebook Twitter Google+
With one every week dropping into the inbox, this was the month that WAO’s release trickle became a flood. The quality threshold’s largely held and with much to pick from, it's James Dymond’s ‘Siren’s Song’ that just manages the chequered flag. Grand Oscar-worthy strings, poleaxing drums, plenty of the titular vocal style and loads of welly in its production V8, this should get the job done.

8.0
Facebook Twitter Google+
A very interesting label Colorize is turning into. Along with other comparably fine releases this month (inc. Clameres &amp; Slam Duck ‘Travelling’ &amp; Matheus Teston’s ‘Ritual’), it trades on that nascent 100bpm prog-trance sound. Too fast/intense for lounge, too slow for house, its market is less tangible. ‘So Called Loyalty’ is nothing if not atmospheric though, and that could be all the calling it needs.

8.5
Facebook Twitter Google+
‘Start To Feel’ promised lots of electronic music shades and grades. ‘Telefunken’ is perhaps where that becomes more/most apparent. Likely down to Jerome Isma-Ae’s stimuli as much as CG’s artistic desires, the track is all marching drums, tech-noir effects and one strikingly overt Kraftwerk-esque leadline. Innovative certainly, but no more so than ‘Wake Your Mind’s ‘Nothing Ever Lasts’ or ‘Earth Mover’s ‘Analog Feel’… and that shows progressive form.

7.5
Facebook Twitter Google+
Inertia — a middle-of-the-last-decade John O’Callaghan/Neal Scarborough project — put out a few very commendable tracks. Here, Indecent Noise and Liam Wilson set about a nip, tuck &amp; re-release work-over on ‘The Chamber’. Less tough than you might expect, Indecent Noise's version does pay plenty of ear service to the zeal-laden riff. Even closer to the bull's-eye, the currently extremely busy Mr. Wilson’s remix is beefier about the drums, with a pleasing sideline in squiggly, squally acid.

'Together We Are Not Afraid'

8.5
Facebook Twitter Google+
Two new threats on the block, ReOrder &amp; Driftmoon’s intrinsic sounds meet head on with ‘Together We Are Not Afraid’. Indeed, nothing to fear as the former platforms the track with a robust collection of drums, bass and techy agitation. Driftmoon’s balmy drop and subsequent exalted riffs are where the magic’s at, though. Intuitive and always seeking that additional thrill, this release is found wanting exactly nowhere!

8.0
Facebook Twitter Google+
A new act to Titan, and indeed the trance world at large (though there’s an idle suspicion it maybe something to do with Titan’s boss Akira Kayosa &amp; Hugh Tolland). Whatever, it’s hitting a lot of the right buttons, with a quick-to-the-punch set-up, charging bass, judiciously churned acid and a peach of an Airwave-esque synth to kick if all off.
admin
Facebook Twitter WhatsApp

8.5
Facebook Twitter Google+
Wondering where Koggers had got to!? Wonder no more, as he resurfaces alongside Wellenrausch’s Torsten Fassbender on VANDIT. Japanese Traditional Taiko drums and percussion provide the basis for the production, and along with it comes a track that’s quick to engage.

8.0
Facebook Twitter Google+
There simply isn’t another label doing the type of music Orjan Nilsen’s I.M.O. does. Eccentric, sonorous, quirky and mod-wheel-fixated, they always have one swiveled eye on the dancefloor. You’ll be many things. Bored, though, won’t be one.

A State Of Trance

7.0
Facebook Twitter Google+
All Dutch line-up as these studio protagonists team up for the first time… the result is a strident stadium trancer with running drums, stabbed riffs and no small amount of judder to its concluding third.

7.0
Facebook Twitter Google+
Cool track, and highly polished to boot here from Mr. Kane. Glacier-clear out of the speakers, its thumpy progressive-trance underlay is the perfect dais for Melissa’s strong-of-the-type vocals.
back to top
DJMAG
all sections