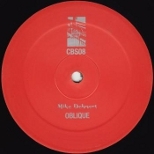 admin
Facebook Twitter WhatsApp
Applied to electronic music, the law of averages states that the more music you put out, the greater the chance that you'll release an inferior record. While 'Plonger' isn't a dud, it sounds underwhelming when played next to Dehnert's Fachwerk releases. The title track is an uneventful stuttering track and the German producer's combination of disco samples and glitchy percussion on 'Sonderbar' is ill-advised. Tellingly, the most rewarding tracks are 'Oblique' and 'Briser', where his menacing chords re-appear.
6.5

Raiders Of The Lost Arp

How Are We Doing?