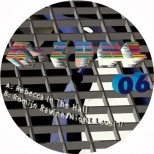 admin
Facebook Twitter WhatsApp
The latest release on Creme Organization's offshoot label sees the unnamed producer dip once again into the rich source material that is early '90s rave and hardcore. 'Night Level 2' is populated by woozy synths and rasping breakbeats, while 'Romijn Ravine' prefers a more dramatic approach, as rave riffs sweep in over jagged rhythms. Still, the sense of wonder remains, audible on the track's breakdown and on 'Rebecca In The Hall'. There, an acid segue and a jacking rhythm lead the listener to a succession of breathy sequences that are as mushy as the warm after- glow of a virgin Mitsubishi.
8.0