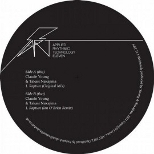 admin
Facebook Twitter WhatsApp
It's been a while since Claude Young released new music, but 'Rapture' sounds like classic Detroit techno, as a searing bass is pitted against a breathy melody. The key difference is the production, which sounds tighter, and the punchier beats. Ian O'Brien's take is also influenced by '90s techno, with shimmering synths building over a rolling groove, while label owner Kirk De Giorgio's take borrows from the darker recesses of Chicago house, as doubled up claps temper the soaring low-end.
7.0

How Are We Doing?

Raiders Of The Lost Arp