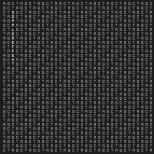 admin
Facebook Twitter WhatsApp
It's been six years since the last Dopplereffekt record. In the meantime, Gerald Donald has been busy working on other projects and electro has re-emerged, but despite these developments, 'Tetrahymena' shows that no one can touch Dopplereffekt. The title track pits splurging black waves of bass against epic synth builds, both beautiful and ferocious. The white noise of 'Zygote' crackles and hisses in a manner reminiscent of the last Dopplereffekt album, but it can't compare to Donald bearing his soul, as he does on the razor-sharp drums and reflective melodies of 'Gene Silencing'.
9.0