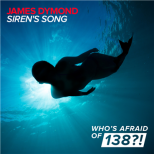 admin
Facebook Twitter WhatsApp
With one every week dropping into the inbox, this was the month that WAO’s release trickle became a flood. The quality threshold’s largely held and with much to pick from, it's James Dymond’s ‘Siren’s Song’ that just manages the chequered flag. Grand Oscar-worthy strings, poleaxing drums, plenty of the titular vocal style and loads of welly in its production V8, this should get the job done.
7.5

Together We Are Not Afraid