Last month, RAM Records Andy C boss posted two words and a countdown clock, and left the world wondering ‘What next?’ for five long days. After speculation across the board from fans and media, his revelation was not one to disappoint. Andy C, aka The Executioner, will be the first quarter resident of London's XOYO nightclub, making his new home at the venue every Friday night during a 13-week run between January and March next year.

After selling out Alexandra Palace to over 10,000 people and now drawing his Andy C Presents tour to a close, it seems the drum & bass pioneer wants to step back the huge production, the light shows and the massive arenas. Instead he'll be heading to an intimate 500-capacity basement each week, bringing a slew of second-to-none guests from throughout his history.

Are we perhaps going to see an Andy C we have never seen him before? We caught up with the man himself to find out...

You have performed at possibly every big festival and venue across the globe for decades now, yet you claim that this residency is something you have dreamed of for years. Why is that?

“I have played at all these amazing festivals and in incredible clubs like you say, but I have never done a weekly residency! Every time I finish a set, wherever I’m playing, I find that there is a whole world of tunes I didn’t play.

“So to play on a weekly basis, I’m given a chance to go pretty much through the whole history. It’s in a London club with a dark and gritty atmosphere. It’s going to be all about the beats and all about the vibes. And that’s what I’m really looking forward to.”

Let’s rewind back to when you were only 16, and you got your first ever residency at Telepathy in Wax Club, London. Talk us through those Friday nights?

“I’d get the bus down to the club. In the early days of it, it was just me sitting and waiting around really. Sometimes from 10pm until 6am. I would wait for someone not to turn up. Then I used to go outside the club afterwards and hand out flyers!

“At that point, ‘Valley Of The Shadows’ was out — the point I’m trying to make here is that I had a really big tune. But it’s not like nowadays where you have one really big tune and you’re suddenly headlining here, there and everywhere and you’ve got a DJ rider.

“‘Valley of the Shadows’ was probably the biggest tune around at that time and there I was sitting in the back office waiting for someone not to turn up and hand out flyers afterwards. That’s what you did.”

You say that these sets are going take us through drum & bass history… How far back are we talking here? Is Origin Unknown going to make a comeback perhaps!

“These nights will encapsulate styles from all of my history, then right up to the modern day and also what’s to come in the next few years. This 13-week run will give me the privilege of being able to go here, there and everywhere. And that’s a really liberating feeling.”

Your fans are used to seeing you perform high up on massive stages, yet for this, everyone is going to be within just a few footsteps of you in an underground basement. How do you feel about being more intimate with your crowd?

“I love it! The crowd being close to me makes it so special, I feed off the energy. Sometimes when I play at these big events, the stage managers clear the stage and get everyone off. They want me to be up there on my own. And I’m always saying ‘Nah man, let the people stay on!’ I feed off of that.”

“Sometimes I can’t even see past the first few rows and I can’t see to the back. So I love the feeling of everybody being up close, seeing the vibes in the crowd and getting that back-and-forth coming on.

“There is nothing worse than performing and there being a disconnection. This is why I’m so buzzing about this residency, because we are stripping it back to raw basics. Heads down, in the speaker, listening to the beats.” 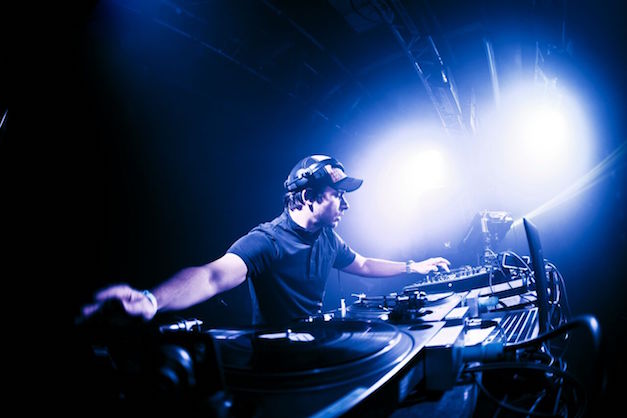 Everyone is dying to know, what names will be supporting you throughout the 13 weeks?

“So far we have got so many artists! We have Ivy Lab and Kasra. We’ve got the old ones as well, Randall is coming down and so is Dillinja. Ed Rush & Optical will be there. There’ll be some jungle vibes with Kenny Ken and Bryan G.

“We’ve got a RAM night. Calibre and Marcus [Intalex] will head down. We’ve got so many artists. It’s going to be different nights with different vibes, you can draw from that that it’ll be themed nights.”

You’re going to be a busy man every Friday next for the next few months! We are curious to know, what does Andrew Clarke get up to behind closed doors when he’s not working?

“Sleeping! [Laughs] No I wish. What have I done this week? I’ve gone to the football, I’ve been down to the pub... I don’t think I have time for hobbies doing this!

“After this interview I’m going back to the studio to listen to some new tunes, then I’ve got to get on the road and go down to Brighton to play a 3 hour set to 4000 people. 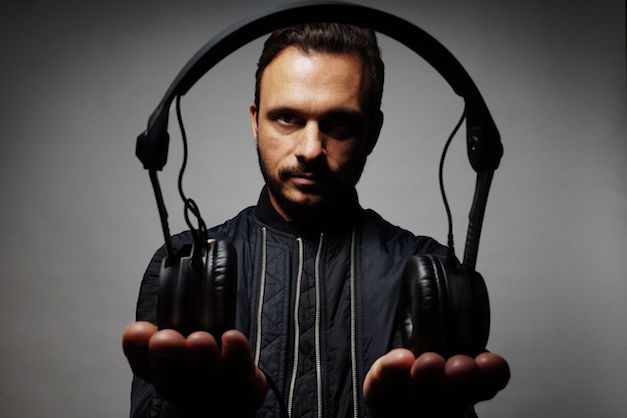 You founded RAM Records, established yourself as one of the most iconic names in electronic music and of course, earnt yourself the title ‘The Executioner’. Have you have accomplished everything, or are there still more dreams to be made?

“There’s always more dreams to be made. That’s what life’s about isn’t it. I’m very lucky and privileged to be sitting here, talking to you, about an incredibly exciting adventure that’s going to happen at the start of next year. Who would have thought it?

“I’m making a lot of music right now, which is going to be coming out over the next 12 months, which is another dream I am really excited about. Obviously I’ve released a lot of music in the past, but the goal is to make that a hell of a lot more regular.”

Do you think you’ll ever stop?

“I’ll never stop. I’m a bloody DJ, do you know what I mean? Why would you stop! Do DJ’s give up? Retiring is not an option.

"Maybe at some point, you might want to chill on getting up, not having any sleep and going straight to the airport flying to Timbuktu for a couple of hours. But that’s only due to your body probably telling you to. Until that point comes, you will find me, every weekend, behind a set of decks! I’ll never stop.”