Mobilee boss Anja Schneider has been entertaining the German airwaves with her long-running show on Berlin’s Fritz Radio since the turn of the millennium. But it was the launch of her own label Mobilee in 2005 that provided a focus for the demos she was receiving, as well as her own burgeoning career in production, cemented by 2008's debut album 'Beyond the Valley'.

Her releases have graced the likes of Crosstown Rebels, Diynamic, Get Physical, Soma, MOOD Records, Pets Recordings and Moon Harbour, while Mobilee's parties have taken up residence in clubs such as Berlin's Watergate and Schneider has been inaugurated into the Essential Mix hall of fame.

She'll be joined by label alumni Rodriguez Jr., alongside Naples native and fellow tech-house don, Davide Squillace, while EGG residents The Willers Brothers are on support duties. On the ground floor members of Republic Artists will take front and centre, with Nick Elia and Thomas Tesla lined up to spin all evening.

Tickets are now on 3rd release but there's a special £10 TICKET DEAL VIA RA on now!

Watch back our set with Anja Schneider from our DJ Mag Sessions party at Space Ibiza — trust us when we say, this is one you won't want to miss. 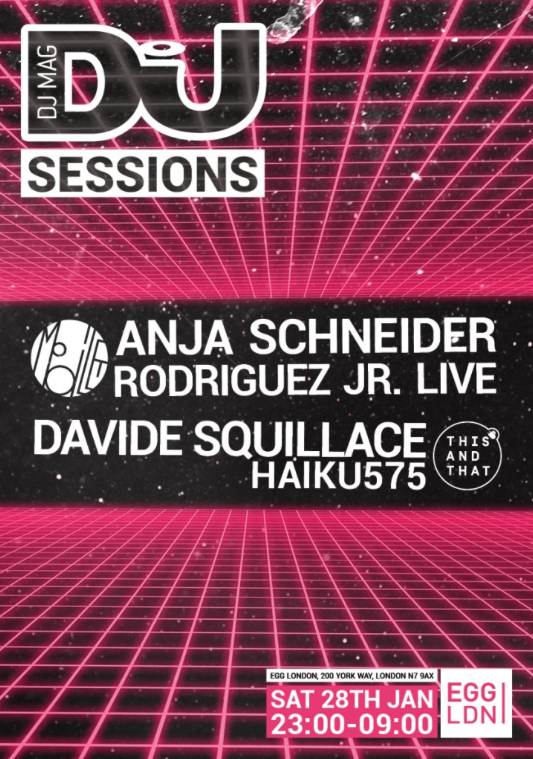 Learn how to get into radio with Jamz Supernova, NAINA and Jaguar in DJ Mag live workshop Netsky live from his home for DJ Mag House Party