This impending set marks their first performance in NYC in over two years. Along with the show announcement, Axwell Λ Ingrosso are scheduled to release their newest single, ‘I Love You’ featuring LA rapper/producer Kid Ink, through Def Jam on 10th February.

The tune’s initial reveal took place at Sunburn Festival in India during the duo’s headlining set over New Year's weekend.

Rumours are still circulating that Swedish House Mafia (the group which Axwell and Ingrosso were both members of alongside Steve Angello) will reform this year, no news yet on whether those rumours will be substantiated. 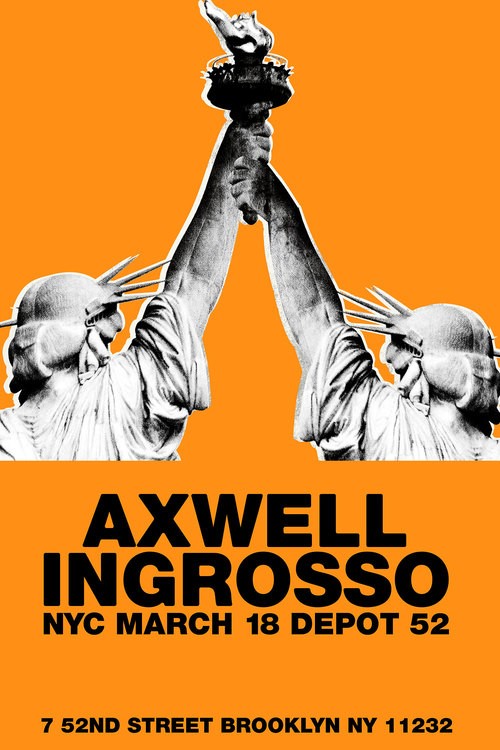