Block9 and NYC Downlow have revealed the first wave of artists for their warehouse warming weekender, which is set to take place this Saturday 9th and Sunday 10th December.

Honey Dijon, Gideön, Jason Kendig, Dungeon Meat, Hannah Holland, Adam Shelton and more are all set to spin, with three secret headliners still to be announced. You can see the full line-up so far below.

The event is a fundraiser for charities supported by Block9’s iconic Glastonbury-based gay club, NYC Downlow, which include All Out, Kaleidoscope Trust and the Disasters Emergency Committee’s east Africa appeal.

The original ticket releases sold out instantly for the event, but a small final batch have just been put on sale. You can grab them here.

You can also check out the faces of the festival world’s ultimate party playground.

See the line-up for Block9 and NYC Downlow’s warehouse warming party so far below. The event’s headliners will be announced at 2:05pm tomorrow (Saturday 9th). 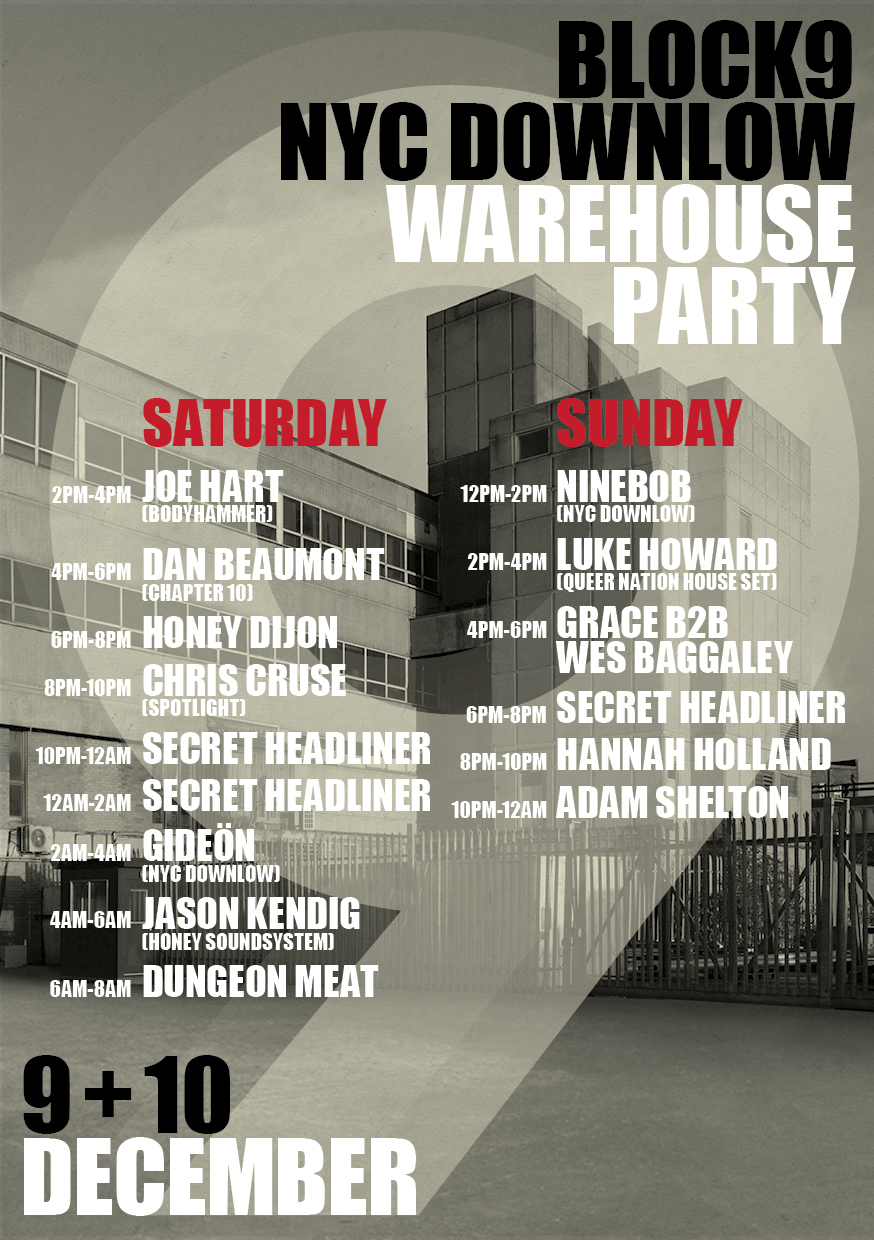