Festival-goers who went to last year’s disastrous Fyre Festival are being targeted by a ticketing scam selling tickets for this year’s Burning Man for just $350, it has been revealed.

It turns out that tickets for Burning Man aren’t even on sale yet and the festival's organisers have warned anyone who has been contacted by NYC: VIP to avoid buying them.

“We warn people extensively to only buy tickets directly from Burning Man or from trusted sources. This isn't fraud directed at us, but rather at the individuals who are duped into purchasing the tickets."

The company behind the scam is run by a man who goes by the name of Frank Tribble, though that could easily be a fake name.

Apparently, the company has been targeting festival-goers who went to Fyre Festival, which spectacularly collapsed last summer leaving thousands stranded without food or water.

One interested party decided to take one for the team and purchased some tickets from the company and received a suspicious looking contract from the company, which you can see below.

It was recently revealed that the festival's organisers are in discussions to expand Burning Man in the coming years.

Moral of the story? Don’t buy tickets from resellers, ever. 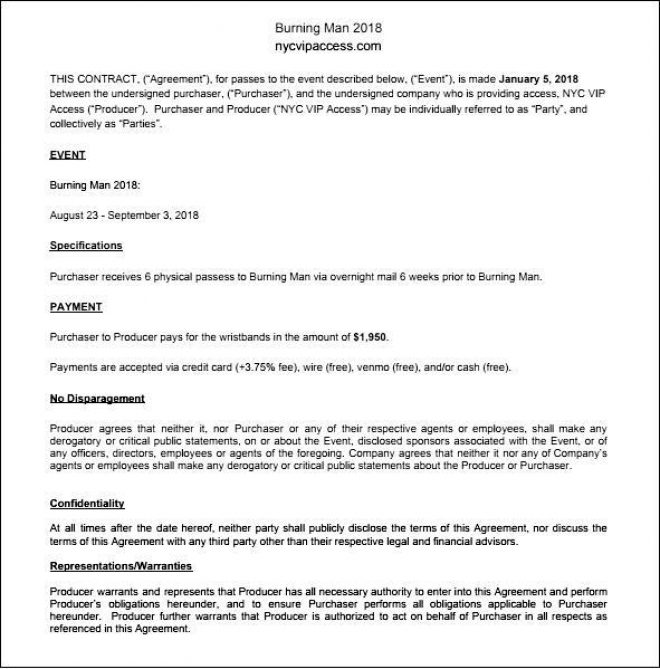